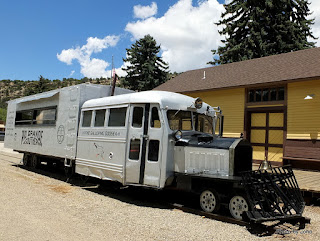 Thanks to a series of geocaches that I started when we were in the area with Spencer a couple weeks ago, I started doing more and more research on the Rio Grande Southern. It was perhaps best known for its creation and use of the Galloping Goose fleet. They were built in the early 1930's and used until the railroad was abandoned in 1951. 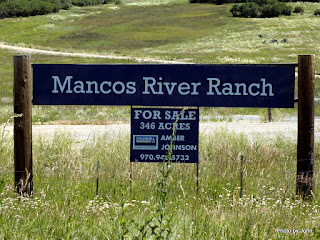 My cartographer friend asked if I was going to see the water tank that wasn't very far from where I was boondocking this trip. I'd not seen any info about it, the access from the highway was gated, and the property sported a huge "For Sale" sign. 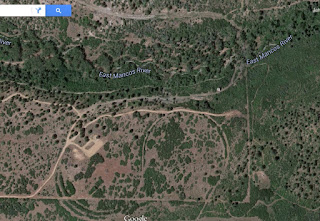 A study of Google Maps satellite imagery still clearly showed the famous S turn descent to the river and the roadbed climbing away on the other side, even though the rails and ties have been gone for years. A bit of study showed a couple possible approaches, although review of a topo map showed my approach ran at right angles to the contour lines! 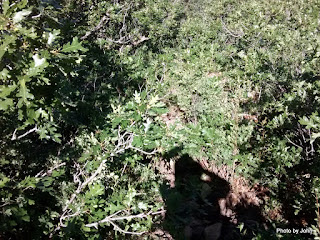 The route wasn't as obvious at the start. The scrub oak did a great job of obscuring my intended line, but there had been some cows through it at some time in the past couple years so I persevered. 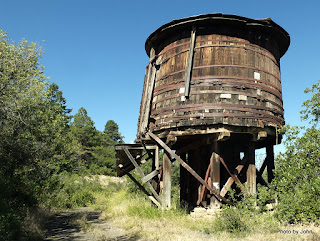 The first view shows the tank structure still standing, but with a pronounced lean. Some sort of structure had been cobbled on where the filler spout used to be. 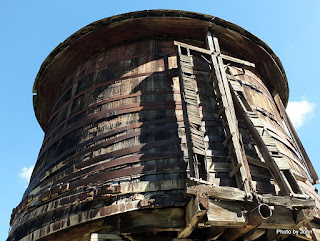 The counterweight guides for the fill spout were still apparent, but showing their age. The railroad started in the early 1890s and I assume that this structure was built at that time. 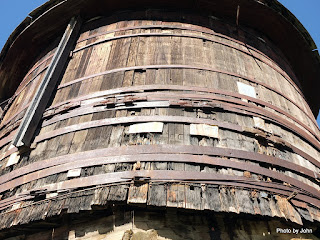 The tank had a few metal patches on it and the staves of the tank were clearly rotting away. 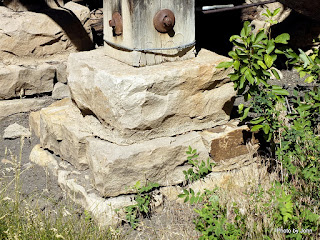 The footings for the tank showed some real skill and craftsmanship. 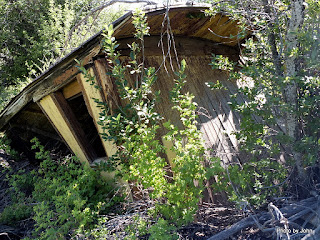 Just downhill from the tank were the remains of two very old rail cars. This one still shows the curve of the roof. The other one was a pile of sun bleached lumber, recognizable only because one of the steel roof arches was on top of the pile. Research after I returned suggests this car was last used to house railroad workers here. 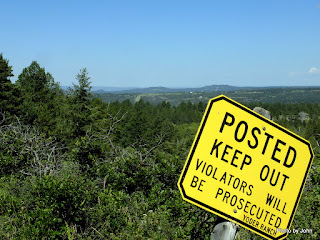 I hadn't done any research about the structure before the trip. I was just excited to see some possible remnants of the railroad. Turns out Yoder Ranch was a predecessor to Mancos River Ranch and they really don't like visitors. I only saw this one sign and I was already on my way out when I took this photo.

By the way, the most famous remnant of the railroad is the steam engine at Knott's Berry Farm.
Posted by Just Finding Our Way at 2:11 PM