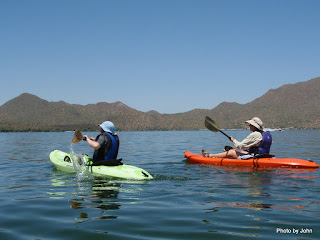 What to do? I took Jeff to the airport early so he could head back to Anchorage while Spencer slept in.

With the trailer essentially loaded and ready for departure in the morning, BJ decided we should go to the lake. We loaded up the two short sit-on-tops and my whitewater kayak and headed to Saguaro. Even Turk got to go along. 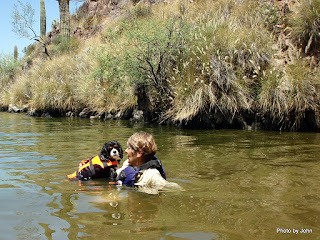 We paddled out to a little cove that we had to ourselves. Even though the lake was warm, Turk didn't want anything to do with it. He swam out to BJ and proceeded to use her as his personal island. 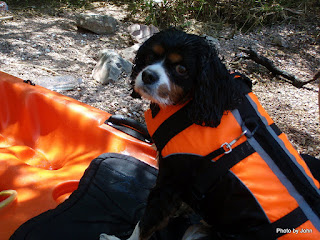 Shortly, he headed back to the beach where he sat ignoring BJ and Spencer. He wasn't real happy with me, either. 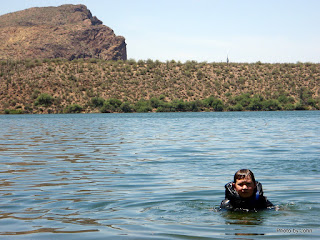 Spencer, on the other hand, enjoyed practicing flipping the kayak and doing re-entries, and then just generally enjoying himself. Not a bad way to spend some time!