Getting High in Durango 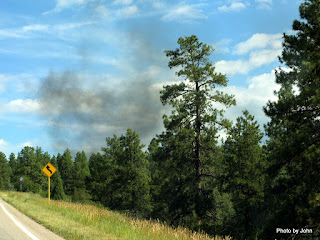 On the 27th, with some regret, I left my wonderful home for the past week near Mancus. I headed for Chris Park, a group campsite north of Durango. I never saw the train as I passed through Durango, but I did hear it and see signs of it near the road north of town. My destination was the Rocky Mountain Egg Rendezvous. (More on that in the next post.) 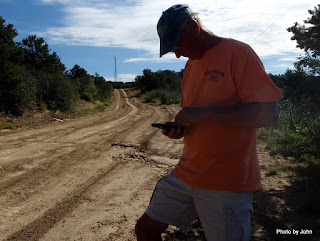 It's always nice to see Jerry & Wanda! We often cross paths with them at the Quartzsite Gathering, and are making plans to do a canoe trip with Jerry and some others next January. Jerry writes the EggsRolling blog and is a geocacher, so we headed out to find a five part multi-cache that hadn't been logged for a year. We started out on the river trail in Durango learning history. 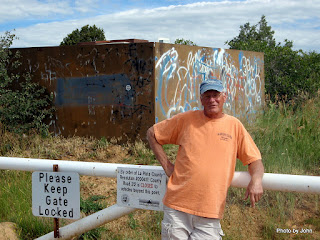 The cache instructions were clear that for access to the final cache location you could either do a steep 1 mile hike from near down-town, or "For those who would rather drive, there is a rough road that approaches the final cache site from the west. You’ll still have to hike a little ways, but most of the grade change is eliminated." We elected the rough road option, but they failed to mention the locked gate. 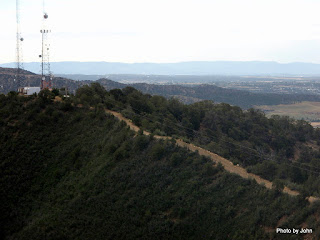 A "little ways" became very nearly two miles each direction, but our elevation changes were decreased significantly from about 1000 but our grade changes couldn't make up their mind. Up, down, up, up, down, up. It really was beautiful. 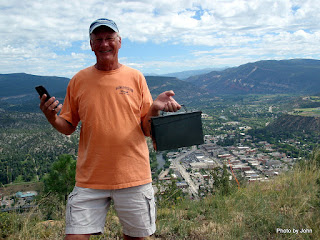 The best part was after we discovered the cache that we had spent the morning chasing, we realized there was another traditional cache nearby, so we logged that one while we were there. 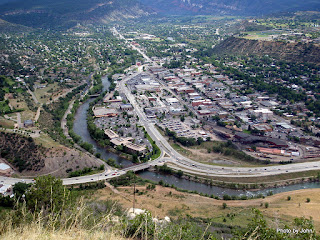 A great view of downtown Durango was our reward, and well worth the effort. We still think choosing the "rough road" option was much better than facing Smelter Mountain unnecessarily. 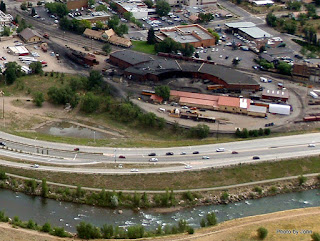 After the Rendezvous, I'm headed north to Silverton for a while, but I'm going to make time on my return to visit the roundhouse and museum at the Durango-Silverton railway.
Posted by Just Finding Our Way at 2:30 PM