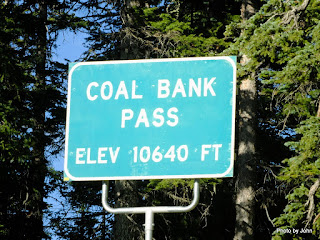 After leaving Chris Park, I headed up over Coal Bank Pass. I was a bit concerned with how the truck would handle the elevation, but it ran cooler than it does climbing up the rim out of Payson. 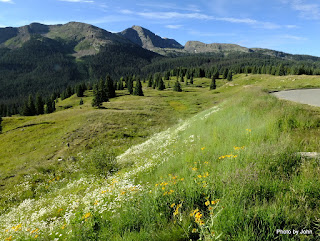 It wasn't just one pass, but two that needed to be topped. Molas Pass was about 300' higher than Coal Bank, but didn't have as cool a name. 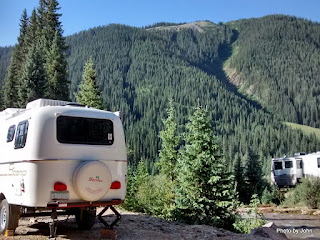 Home for my time in Silverton was in the Anvil camping area on Mineral Creek. Anvil is a free, Forest Service, dispersed camping area, immediately across the creek from Sultan camping area. Don't get suckered by the Google Maps aerial photos. The bridge on the main road is repaired and the temporary route across the creek connecting the campgrounds is no longer there. 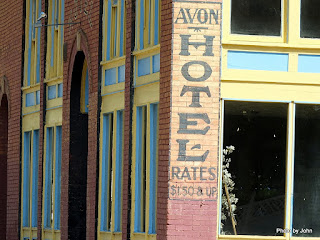 It didn't take long to get camp set up and then wander to downtown Silverton. It looks like the Avon might be the cheapest place in town, but I suspect the sign is out of date! 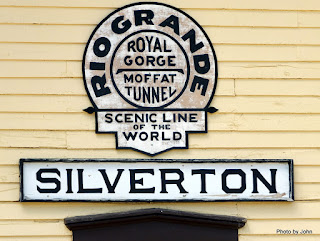 I quickly learned to avoid town between noon and 3:30 p.m. when trainloads of folks are wandering in the streets. 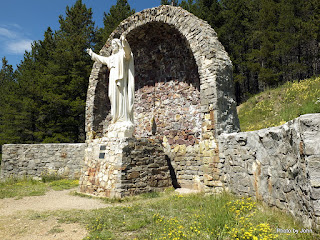 I wandered up to check out the Christ of the Mines Shrine on the hillside above town. It was erected by the people of Silverton in 1958/1959 "to ask God's blessing on the mining industry."

A second plaque gives thanks for protection of the miners when Lake Emma flooded the Sunnyside mine. It happened on a Sunday and there was no one in the mine. 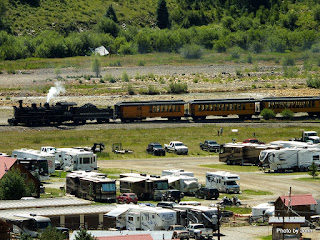 While I was up there, the first train of the day arrived. Kind of nice to watch it from up above the town. Folks at the Silver Summit RV Park get a ringside seat. 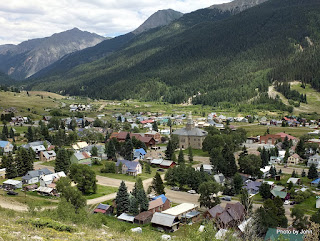 I couldn't get the whole town in one picture so I chose the northeastern end, with the County Courthouse in the center of the picture. San Juan County is apparently has the highest mean elevation of any county in the country at 11,240 feet above sea level. Second highest is Taos County, New Mexico at 8,510 feet above sea level. No one said who did the measuring. 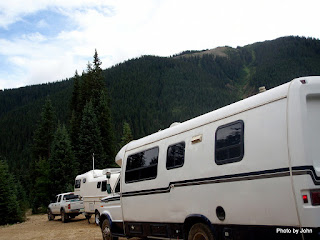 When I got back to camp, I discovered one of the 'advantages' of dispersed camping. At least their generator is muffled by the sound of the creek flowing by my front door and they left enough space to park their jeep between my windows and their rig.