Three for the Price of Two

While I was chatting with the gal at the Visitor Center about the road to Animas Forks, she was weaving in information about the Historical Museum, Mayflower Mill, and the Old 100 Mine. Turns out, you can get a Heritage Pass that saves you several dollars admission fees if you do all three. Even better, you don't have to do them all the same day. 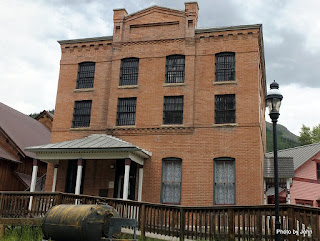 The San Juan County Historical Museum is located next to the County Courthouse at the northeast end of town. Part of the museum is housed in the former jail. 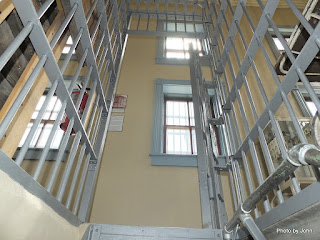 They recommended starting the tour on the third floor of the jail and then working your way down. The jail accouterments were all prefabbed and then shipped to Silverton for installation in the brick building. 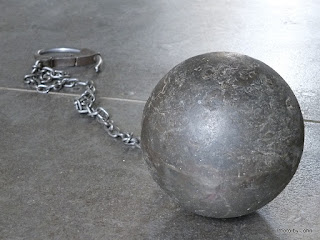 For whatever reason, I found this to be one of the most interesting things in the jail portion of the museum. 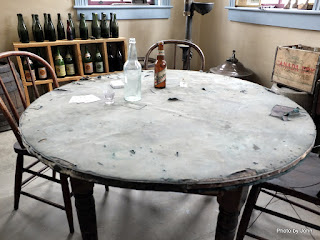 The second floor of the jail included the jailer's residence. It would appear that he liked to play cards... 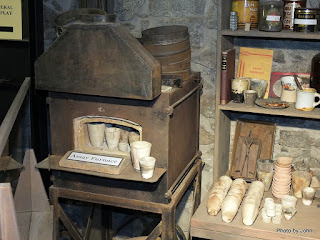 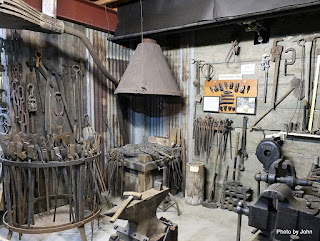 The new building was FULL of mining memorabilia and associated stuff. They had a full blacksmith shop set up in one area. 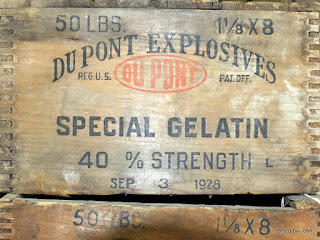 No mining museum would be complete without some old wooden boxes. The good stuff was gone... 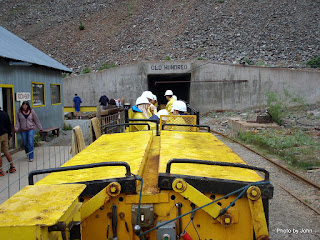 The Old 100 Mine Tour is located about four miles out of town. The Old 100 Mine has a long history with a variety of different owners. They all had one thing in common - they didn't make any money! All tour participants are furnished with rain jackets and hard hats for the tour. 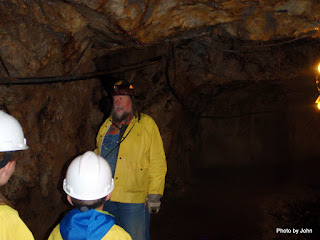 Unlike the mine tour in Bisbee where you never get off the train, this one included a walk through some looping tunnels. The tour leader had worked as a miner all his life. 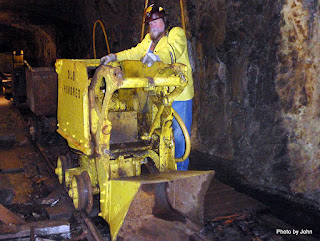 There are muckers on display in various places around town. What was different was that this one actually operated, at least for a short demonstration. He also demonstrated a drill. Both units used compressed air for power, and both were very loud! 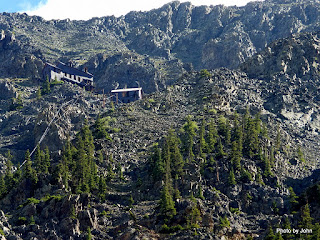 The 7th level boarding house sits about 2400' above the tunnel we toured. It was built in 1904 so that miners didn't have to travel back and forth every day, but was only used for about 4 years. The local Historical Society has led efforts to stabilize it and it can be visited by a trail that ends 200' above it. You're on your own from there. 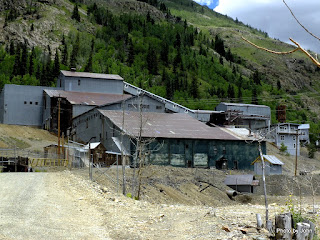 I did the Mayflower Mill tour last. It's a self guided tour with descriptive text at about 20 different stations. This mill operated for much of the 20th century. 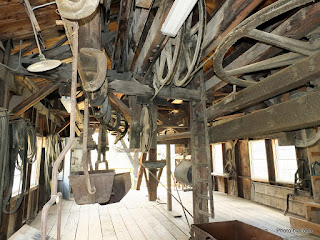 The mill didn't lend itself to photos, but I did enjoy the lower tram house. The tram was powered at the mine end, with rock from the mine dumped here for the mill, and miners riding the empty cars up the hill to work. 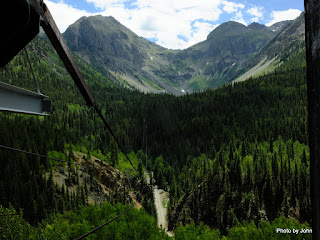 This tram is still complete. It's the only tram in the area that used steel towers. I found that it was possible to drive up the Arrastra Gulch road far enough to view several of the towers, even without 4wd. 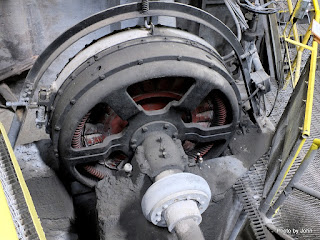 The mill was electrically operated, using GE synchronous motors build in the 1920's. At one point, GE and the Smithsonian approached the mill wanting to buy this motor and its control system for display in the museum.

I'm really glad I did all three tours. I especially glad that I spread them out over a five day period!
Posted by Just Finding Our Way at 2:30 PM