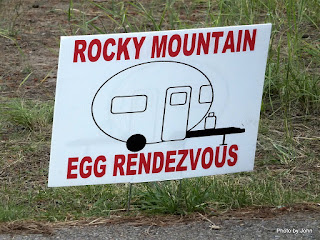 One of the reasons to come to Colorado (other than the weather) was to attend the Rocky Mountain Egg Rendezvous. In it's fourth year, it's much smaller than the Quartzsite Gathering that we attend in February. The majority of the attendees were from the Four Corners states. 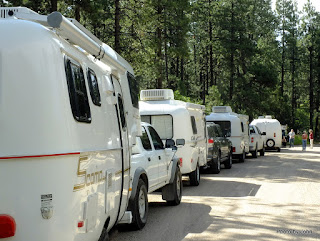 On Monday, I joined the lineup waiting to get in, but we were a couple hours ahead of the noontime checkout, so it wasn't a surprise that the reserved group sites at Chris Park hadn't been vacated yet. 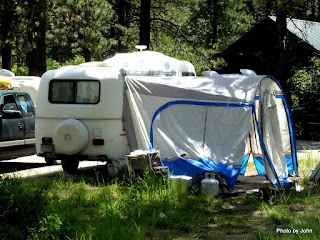 It didn't take long for people to get situated. One of the draws of Chris Park is a large Pavilion structure with tables and power outlets. 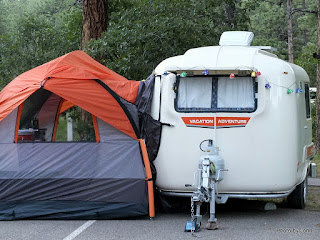 There were at least four shade structures that popped up around the area. They became quite popular, both for shade and to avoid the handful of evening mosquitoes. 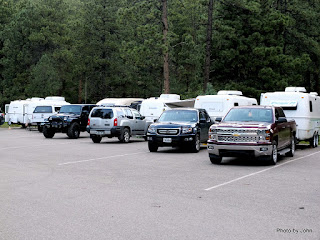 One of the more popular spots was the row of six spaces that had power pedestals. I believe that each of these spaces carried a $5 surcharge per night if power was desired. 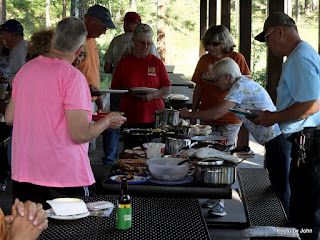 Camping here was very different than the style of the spot I had last week, but the Pavilion brought advantages, including a pot luck. 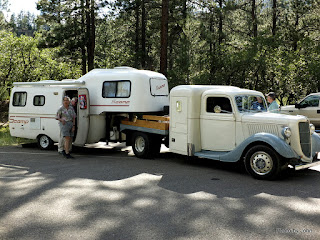 People perked up when Alan drove in with his Scamp 19. It wasn't the trailer that was getting the interest, it was his '36 Ford tug that caught everyone's attention. A very sweet rig! I tried to trade him for my Tacoma, but no deal. :-(