Looking for the Secret City 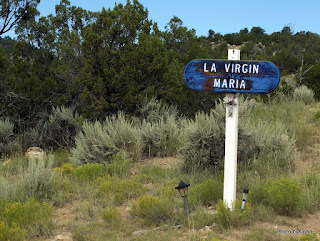 I left Heron Lake State Park behind with a destination in my head. For interesting stuff in between, I depended on geocaching names that caught my attention. 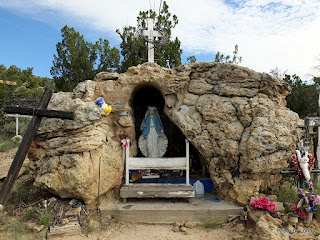 Even in Arizona, shrines are much rarer than here. This one has a number of crosses around it with various people's names who have passed. 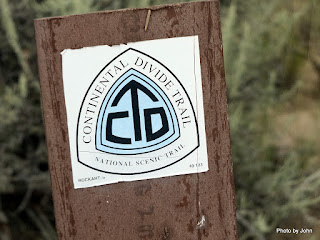 Just down the way I spotted a Continental Divide Trail marker, but nothing around it to suggest where the trail actually was. Apparently, not too many people have come this way - or perhaps the road is the trail? 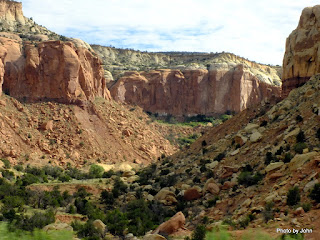 I didn't pay much attention in class, but when I started seeing mention of Georgia O'Keeffe, I knew I should know about her. This country was her subject. It reminded me somewhat of Sedona but on a much grander scale. 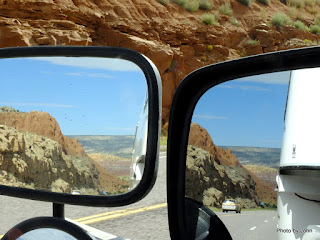 It even looked good in the rear view mirror. 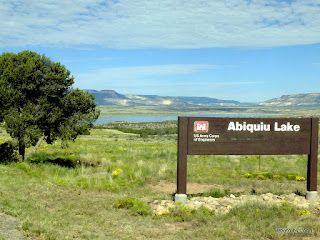 It may be a product of where I was raised or where we've traveled, but I don't think I've stayed in a Corp of Engineers campground more than once. When I spotted Abiquiu Lake, I had to check it out. The reservoir was low, but it still looked nice. $8 for the senior discount for a site with power & water looked even better, but they were full and I had other places to go. 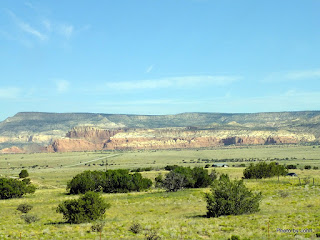 The country continued to have beautiful greens and reds, and the road kept going up and down, and up and down through small towns. 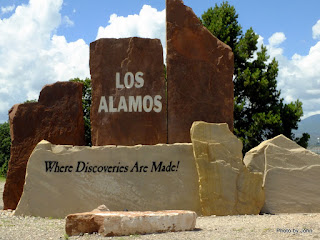 With Kate (I switched to the British voice on the Garmin) convincing me to make the correct turns, I finally found the secret city. Most of it isn't so secret any more, but there are still lots of gates and guards around the place. 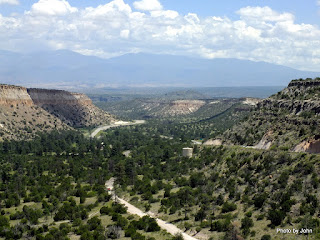 The town is built on a series of mesas so it's either up or down no matter where you go. I'm sure I'll find somewhere to stay.
Posted by Just Finding Our Way at 2:30 PM