I Got Taken For A Ride! 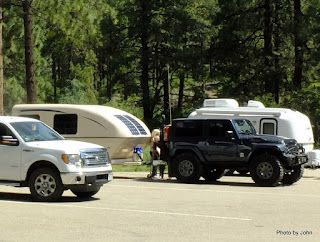 While I was at the Rocky Mtn Egg Rendezvous, David asked if I wanted to go for a ride. He and his wife use a tricked-out Jeep to tow their Lil Snoozy, or perhaps it would be more accurate to say that they take their Lil Snoozy when they go on four-wheeling trips. 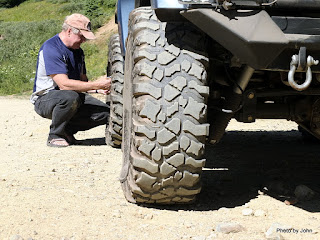 The plan for the day was to leave the pavement at the top of Red Mountain Pass (just over 11,000') between Silverton and Ouray. From there, we would head over Black Bear Pass to Telluride, take a quick right, and head up and over Imogene Pass. We'd hit pavement again in Ouray, and return to the campground outside of Durango. 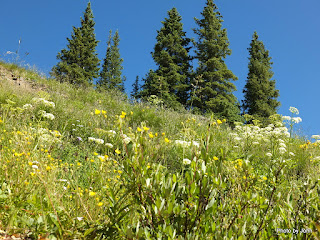 While David was letting air out of the tires, I was taking pictures of the wild flowers. (As usual, you can click on any picture for a larger version.) 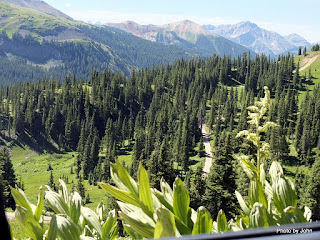 We really had wonderful weather for the trip. 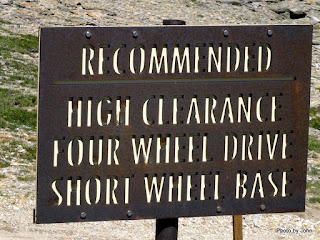 I thought it was a bit unusual that this sign would be found at the top of Black Bear pass. Granted, there was a small sign when we left the highway, but this one was designed to get your attention. 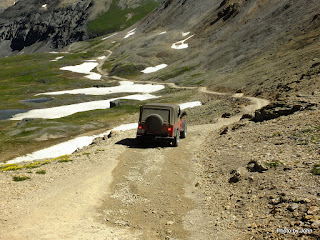 Black Bear pass is about 12,800' elevation. The road had only been open a week or two because of snow. No small surprise that there was still snow in the shadows. What was the surprise to me was the amount of traffic. Lots of jeeps & most of them with out of state plates. 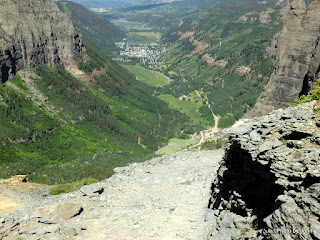 I discovered later that this route is very well known in the four-wheeling community. No surprise as I started to pucker up when we started down the switchbacks. That's Telluride down in the valley in the distance. The one advantage is that this section of the road is one way so you don't have to worry about oncoming traffic. 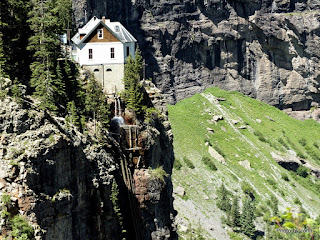 We crossed a waterfall near that top and then spotted the Smuggler-Union power plant. It was built to power the Smuggler-Union mine in 1907, sits on the edge of a cliff part way down the mountain, and continues to produce power for the community today. Further down the mountain we were able to get a quick view of Bridal Veil Falls alongside of it. 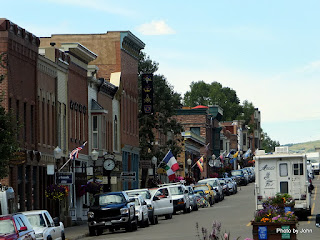 We drove through a few blocks of downtown Telluride before taking a quick right down what looked like an alley. Turns out, it's not a alley, it's the road to Imogene Pass. 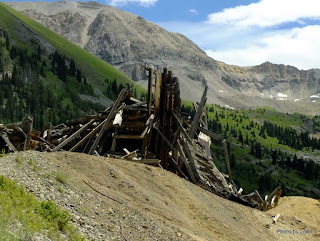 There were lots more mining remains on the Imogene route, mostly wood structures. 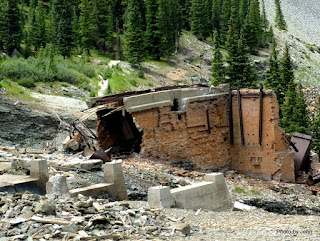 This is the only brick structural remains that I saw on the trip. It's located in the Tomboy ghost town. At one time Tomboy had 900 residents, but the town closed down in the late 1920's when the mine closed. 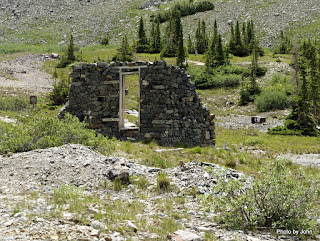 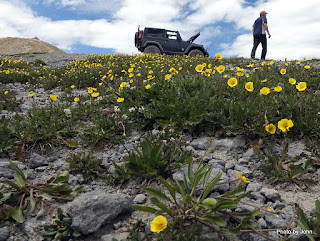 We stopped at the top of the 13,114 foot pass so that the hemi under the hood could cool before starting down the other side. 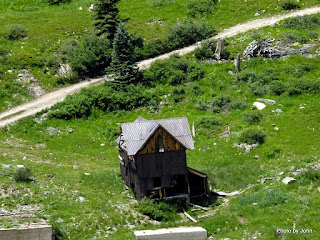 When you consider the amount of snow that this area gets every winter, it's amazing that any buildings still survive. This one looked like it may have been a boarding house for miners or the home of a mine owner - but I'm just guessing. 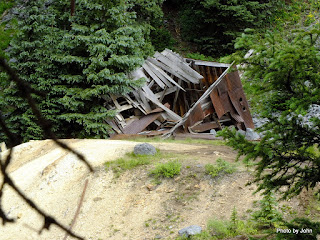 We crossed another waterfall on the way back down, but I kept finding myself gravitating towards rust.

We stopped for a few minutes in Ouray for fuel and aired up the tires again, before heading back to camp.