I left the Anvil Camping Area west of Silverton after seven days with a list of things to do on my way through Durango. By the time I left Durango, I had clean clothes, some fresh groceries, empty waste tanks, and I'd enjoyed a solo guided tour of the back shops at the Durango & Silverton Narrow Gauge Railway. 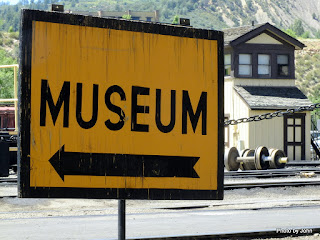 When the original roundhouse burned down in 1989, a new roundhouse was built using the same location and turntable.They added more bays, expressly to make space for a museum. The museum is free admission. 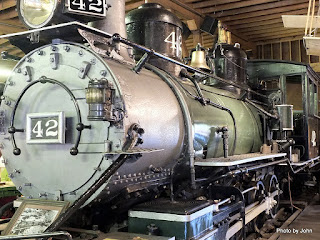 They had a couple engines on display in the museum. Some of the kids touring the museum were quick to let me know that you could sit in the engineer's seat. 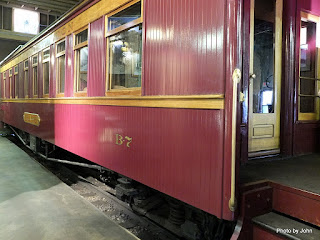 The owner of the railroad has an old, restored private car that spends most of its time in the museum. It looked like it would have been right at home in CBS' Wild Wild West TV show in the late 60's. 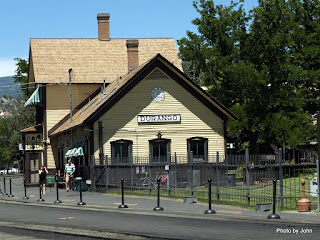 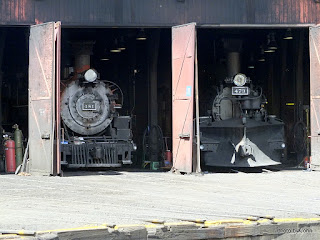 There were only two engines in the roundhouse on Thursday afternoon. Another engine sat outside waiting for overhaul, while three engines were out on the line with trains coming back from Silverton. One of the benefits of losing the original roundhouse when it burned in 1989 was that most of the machines in the machine shop were fairly new. They can install new "tires" on the wheels and true them up. 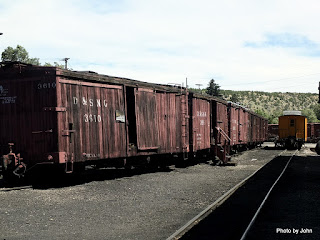 There were a lot of original box cars sitting on sidings. Most were being used for storage - when you operate a fleet of antiques you never throw anything away.

What caught my eye were the four cars near the depot that were being used for offices. If you order tickets by phone, the operators are housed in a couple box cars! 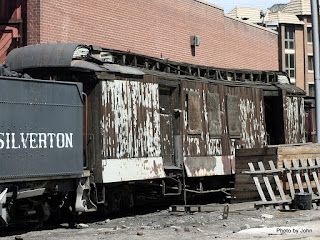 They had a couple Post Office cars. One was rebuilt and was used as a commissary car. This one is going to take a lot of work. The steel parts are salvageable, but almost all of the wood will have to be replaced. 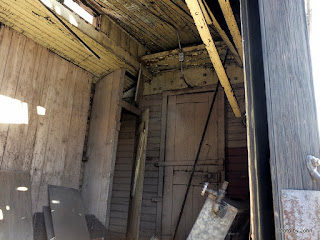 At least it's complete enough that they'll be able to use the original wood for patterns. 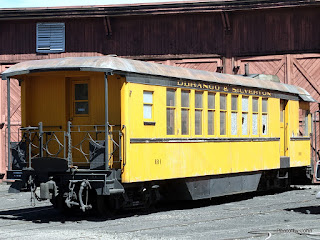 I was surprised to see one motor car that they have used at times. It's powered by a diesel engine and gets used to place Hot Shot crews when there are fires near the tracks. 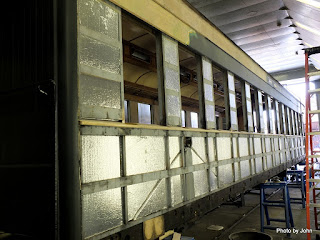 My favorite part was the Car Shop. They're in the process of rebuilding this passenger car. The wood sill plates are original to this railroad, but almost all of the rest of the wood is new. 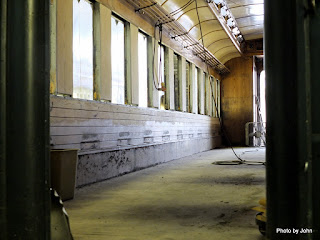 The wooden parts of the interior are nearly completed. Lots of sanding and varnishing yet to come. 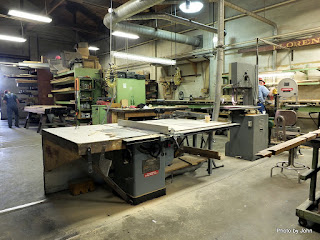 They had a nice woodshop and are capable of creating nearly all special millwork necessary to rebuild these 120 year old cars. Looked like lots of fun to me!

Back shop tours are $10 unless you've been on the train in the past month. Then they're $5 per person. 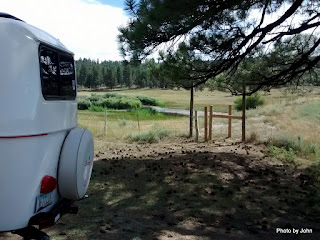 Home for the night was a dispersed camp in the Sauls Creek area of San Juan National Forest, just outside of Bayfield, Co.
Posted by Just Finding Our Way at 2:30 PM