More Than Fruit in Fruita 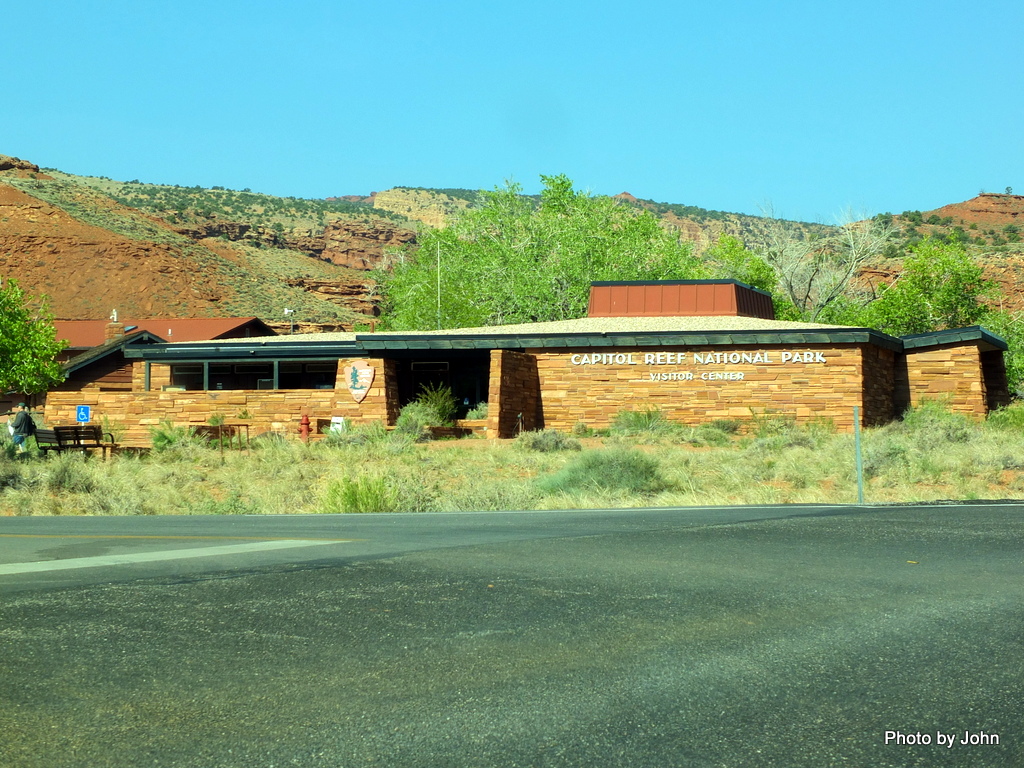 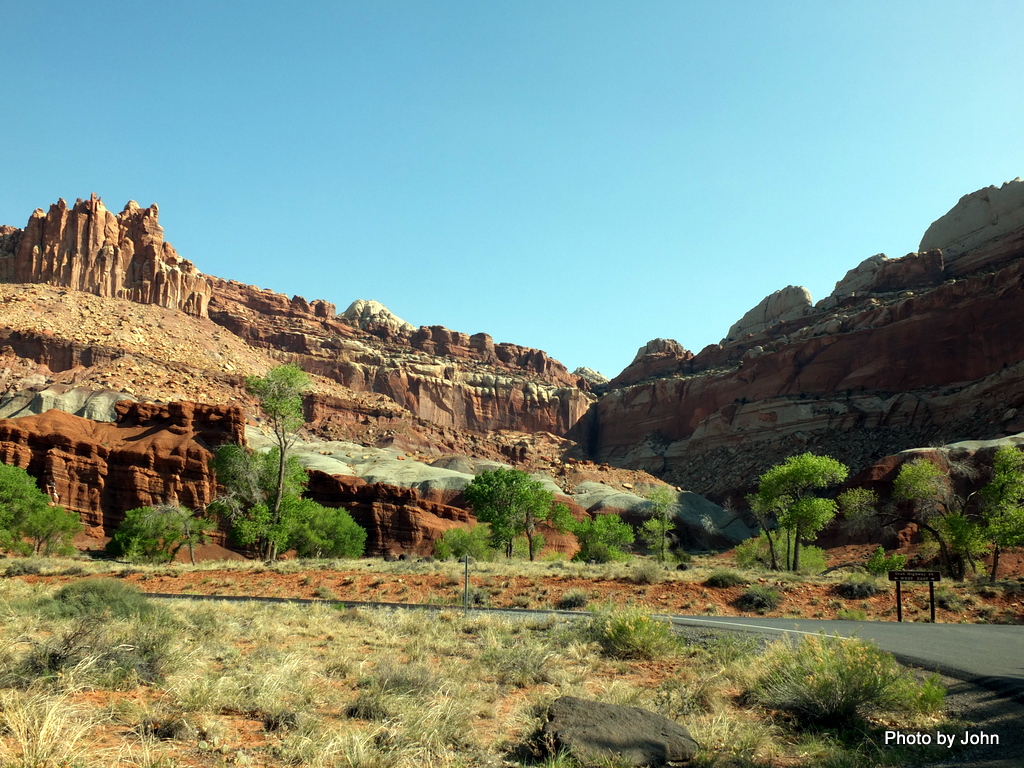 as well as it's beautiful cliffs. 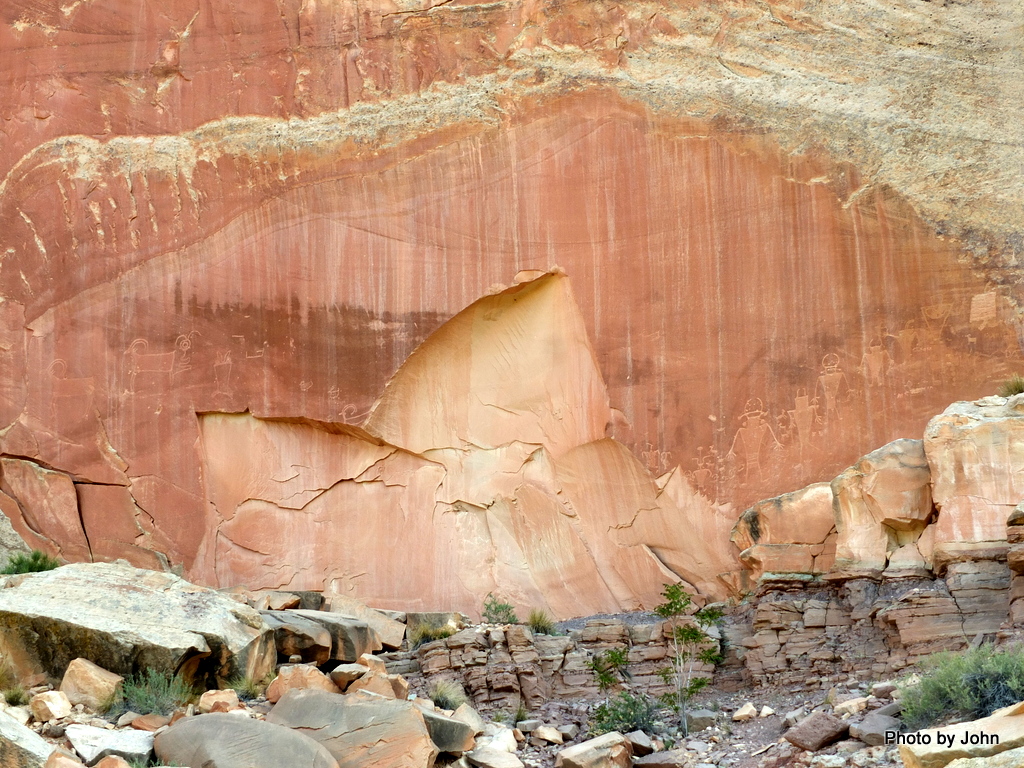 Those cliffs provided the place for lots of petroglyphs. A major portion of this panel was destroyed in 1952 when the large portion in the center fell away. 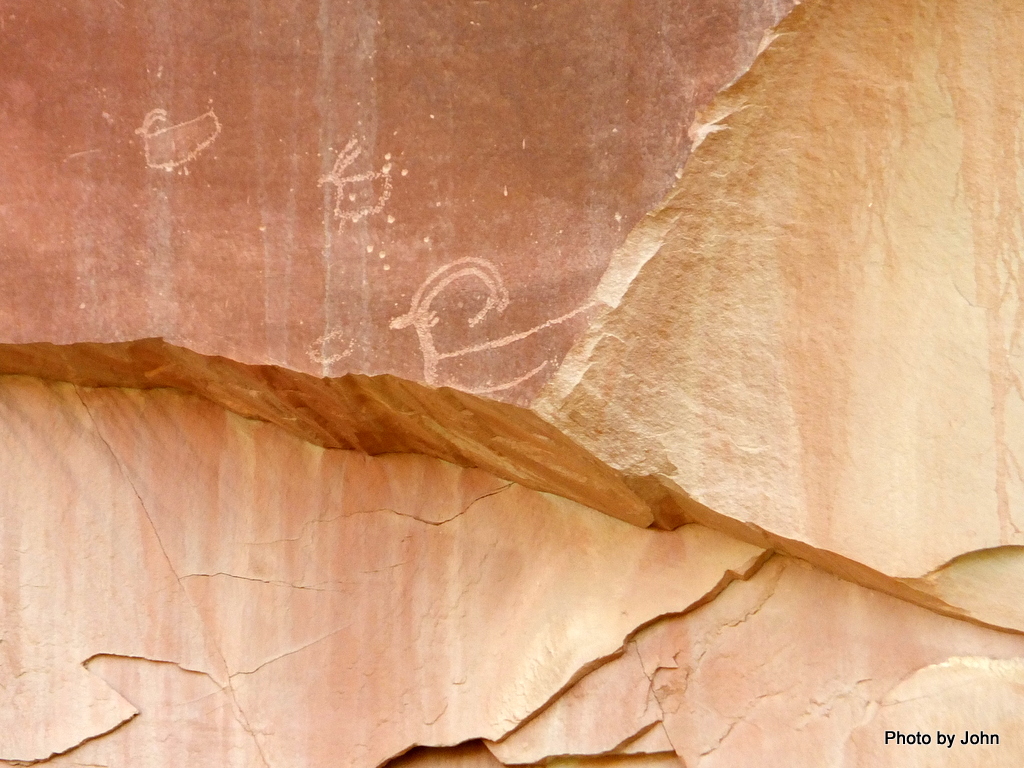 There are some figures that remain to the left side of the spalled area as well as these animals right at the center point. 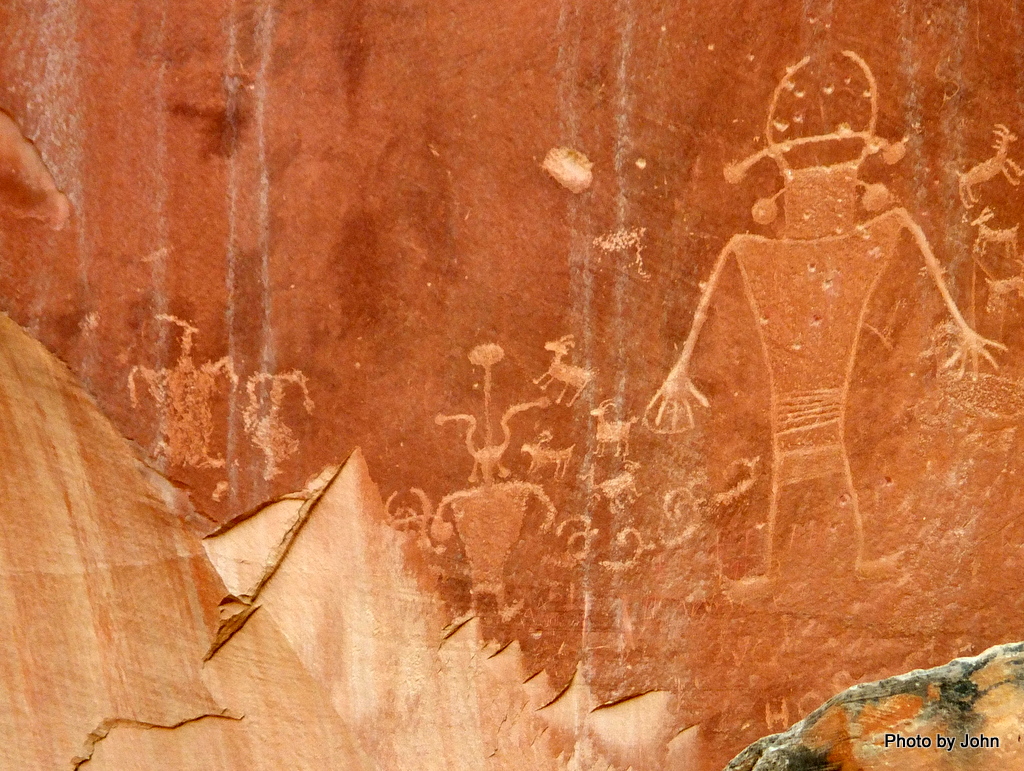 To the right side of the now missing section is a number of small figures, 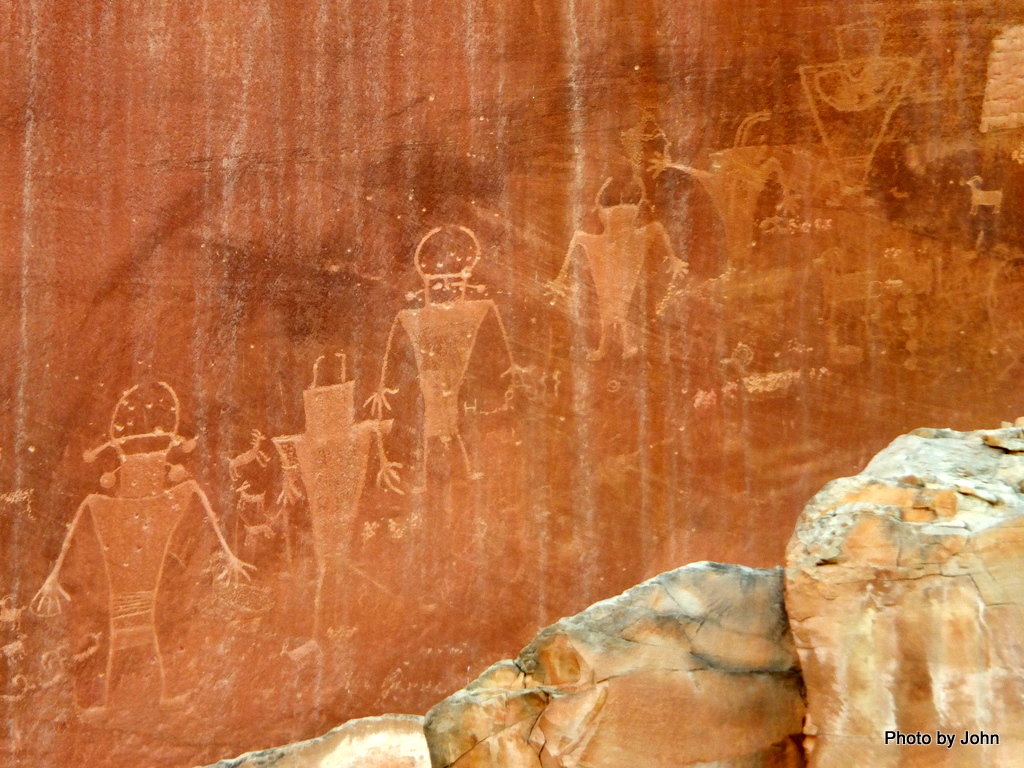 and then a group of larger figures that reminds me of the sort of thing you see on the back window of some family vehicles. This panel is attributed to the Hisatsinom, or People of Long Ago, sometimes called the Fremont culture. 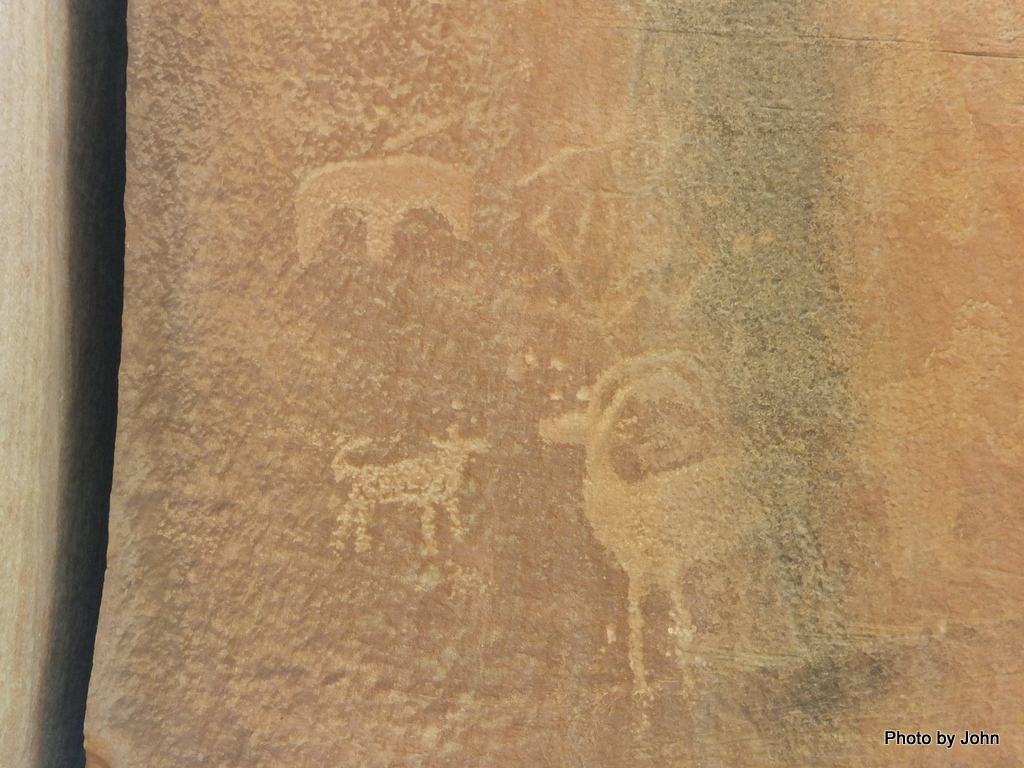 As with many panels, when you look around, you find other images in the same general area. This cliff is clearly somewhat active - there were lots of places with just a partial image remaining and a chunk of rock gone from the cliff face. 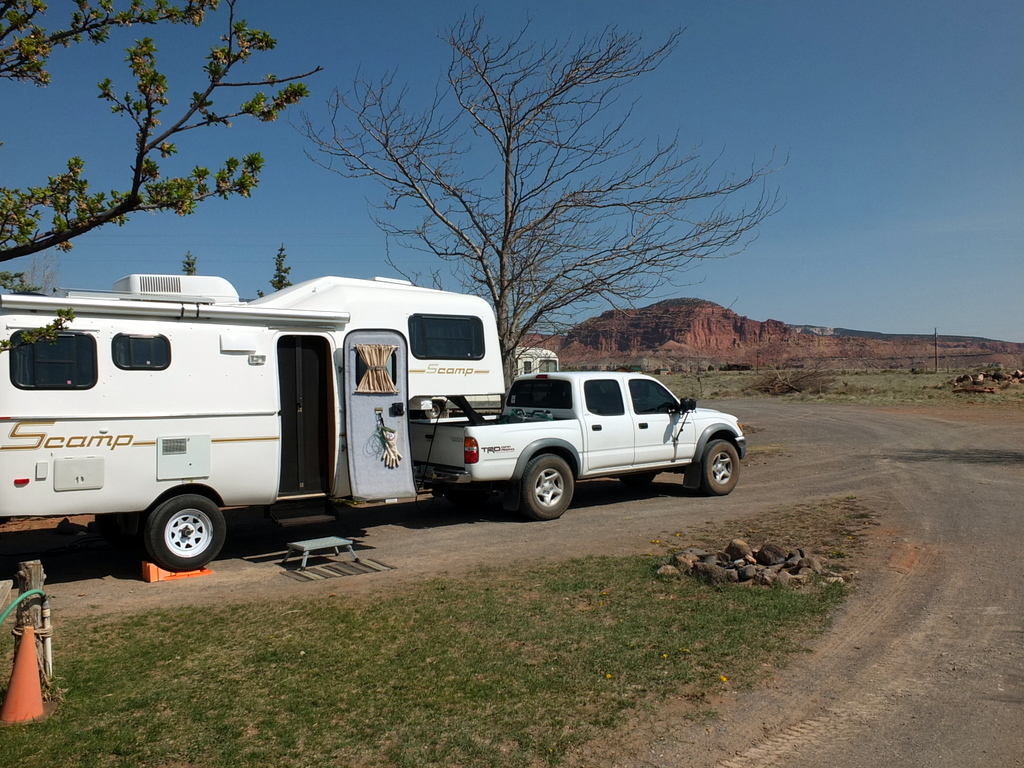 Home for the night was the Sand Creek RV Park in Torrey, Utah. Their laundry was the primary attraction, but strong wifi, and a chance to drain tanks were important considerations as well.