Last of the ‘Glyphs 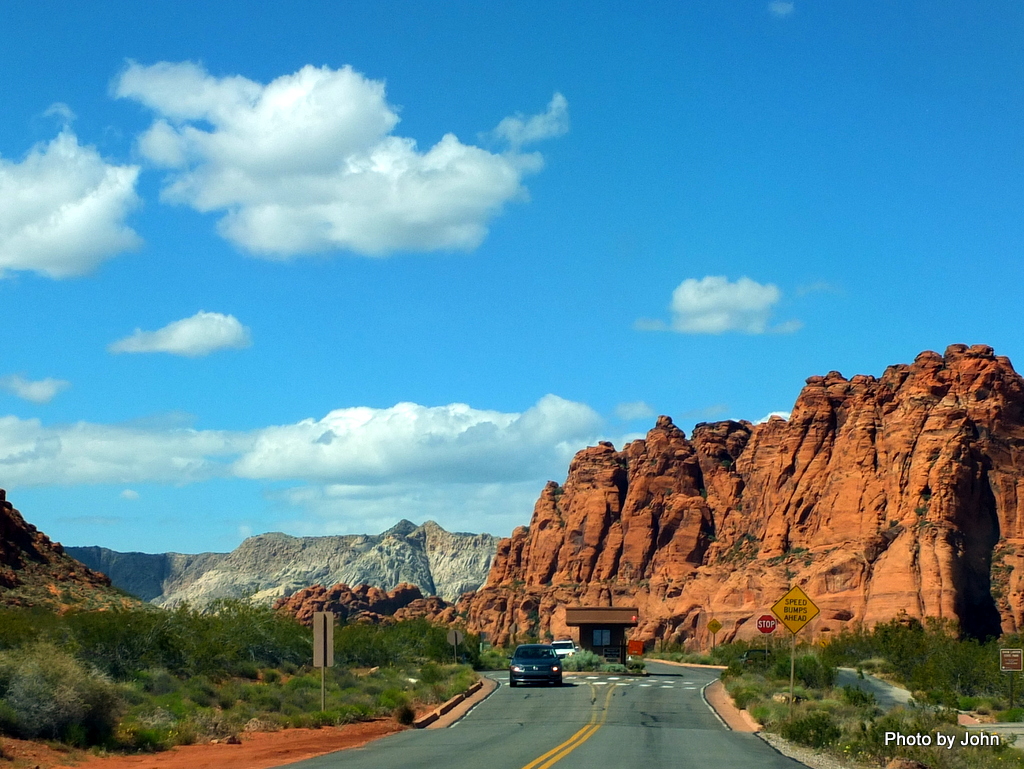 April 26 -- I stopped at Snow Canyon in part because I didn’t have a Plan D boondock selected and I didn’t really want to head for one of the Lake Mead options. The other reason was that I thought I’d seen a petroglyph picture associated with Snow Canyon. 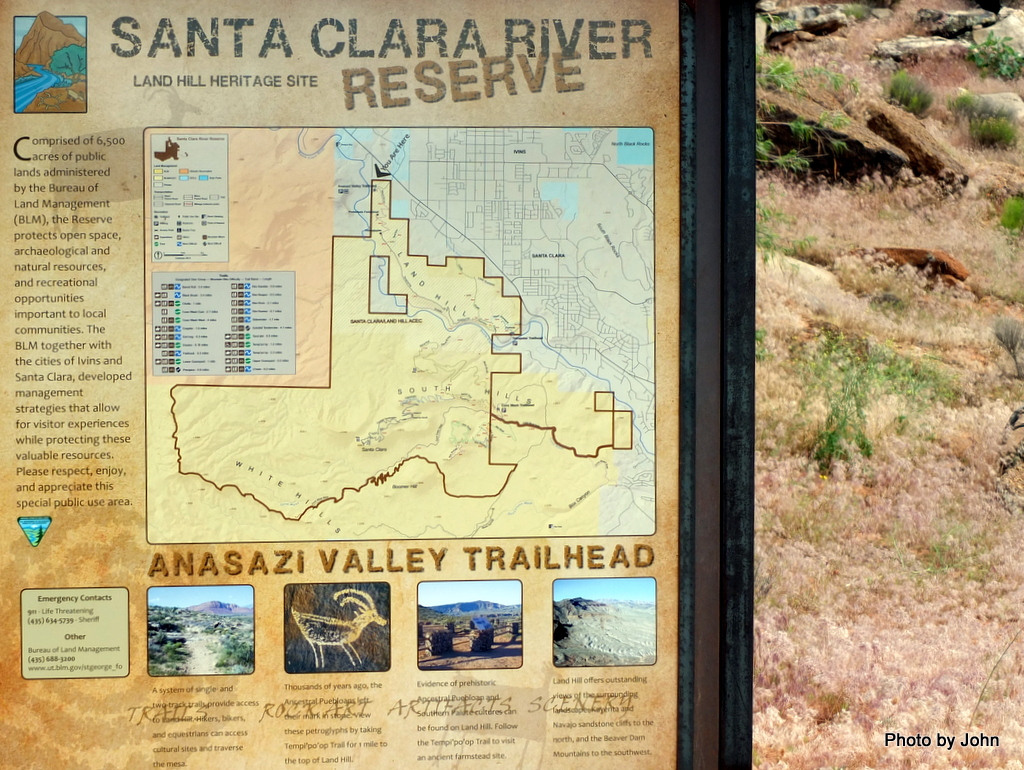 Turns out, there are a couple ‘glyphs at one of the campsites, but that site was occupied. The super nice gal at the desk pointed me to the Anasazi Valley trailhead between the communities of Ivins and Kayenta. It’s an area within the Santa Clara River Reserve and has a bunch of petroglyphs. It’s supposed to be 2.5 miles r/t but didn’t seem like it. 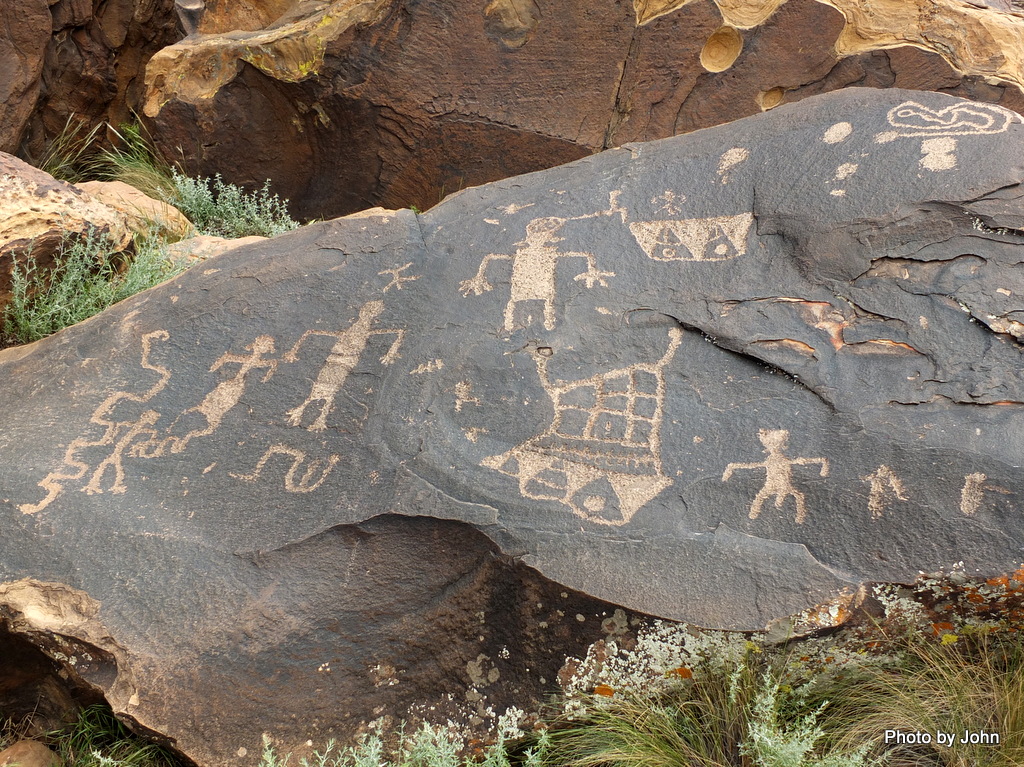 Not only were the designs different, but the position of the petroglyphs was different as well. Many of these were done on the top of the rock, exposed to the elements. Even with that, and a large number of people visiting each day, they remain in amazing shape. 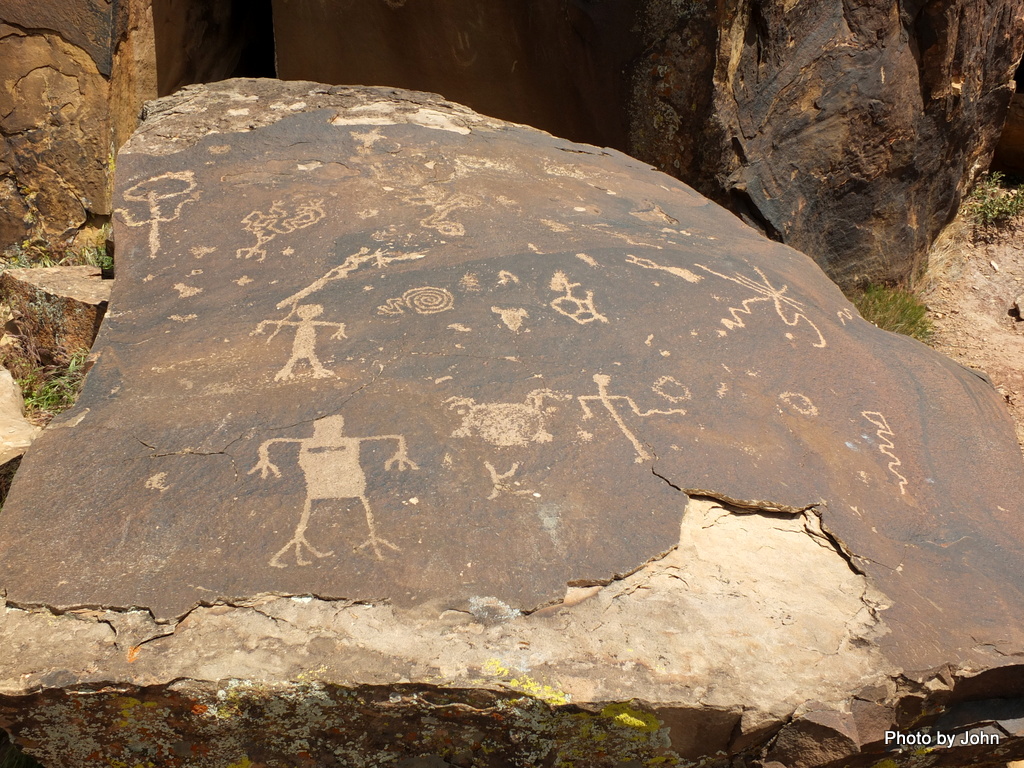 Instead of rock art on a large cliff panel, these were all on boulders and broken blocks of rock. 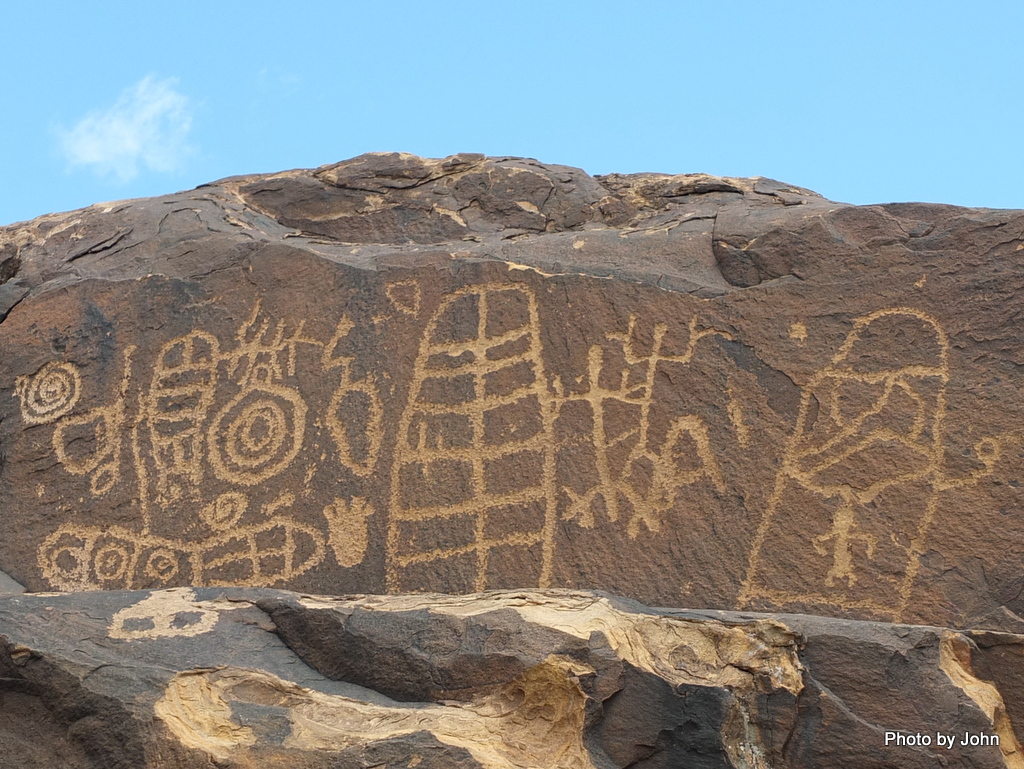 Those that were on the vertical or near vertical face of the rocks were all within arm’s reach. 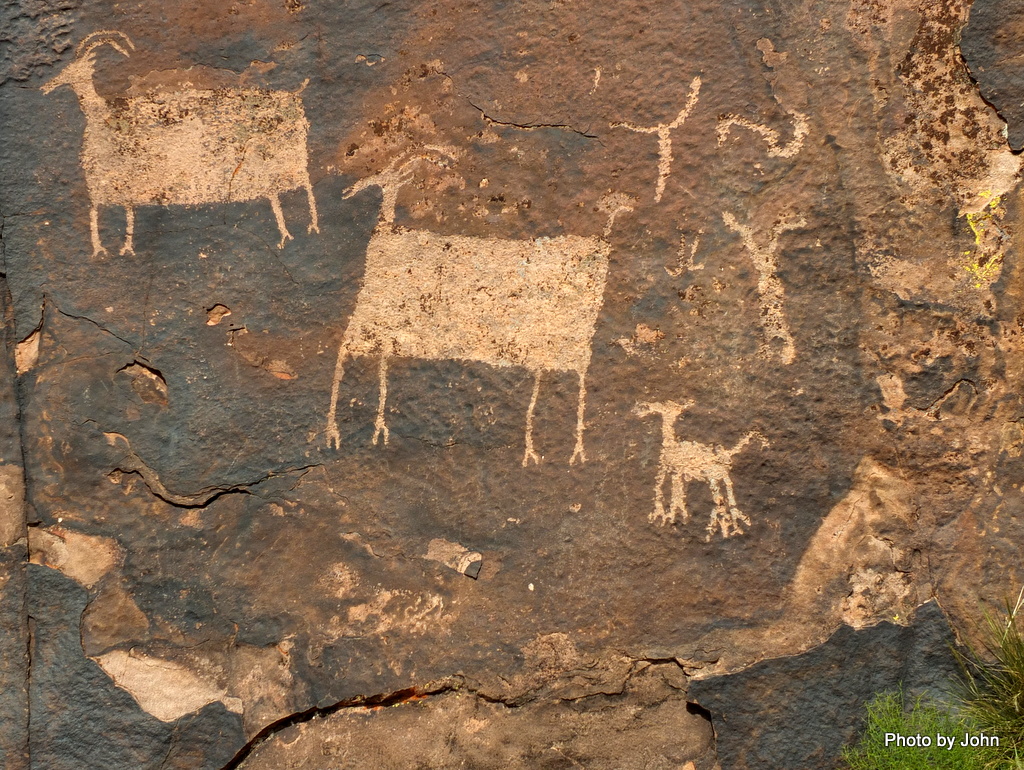 This was the only group I spotted that were large animals. The two big ones were perhaps 2 feet high, each. 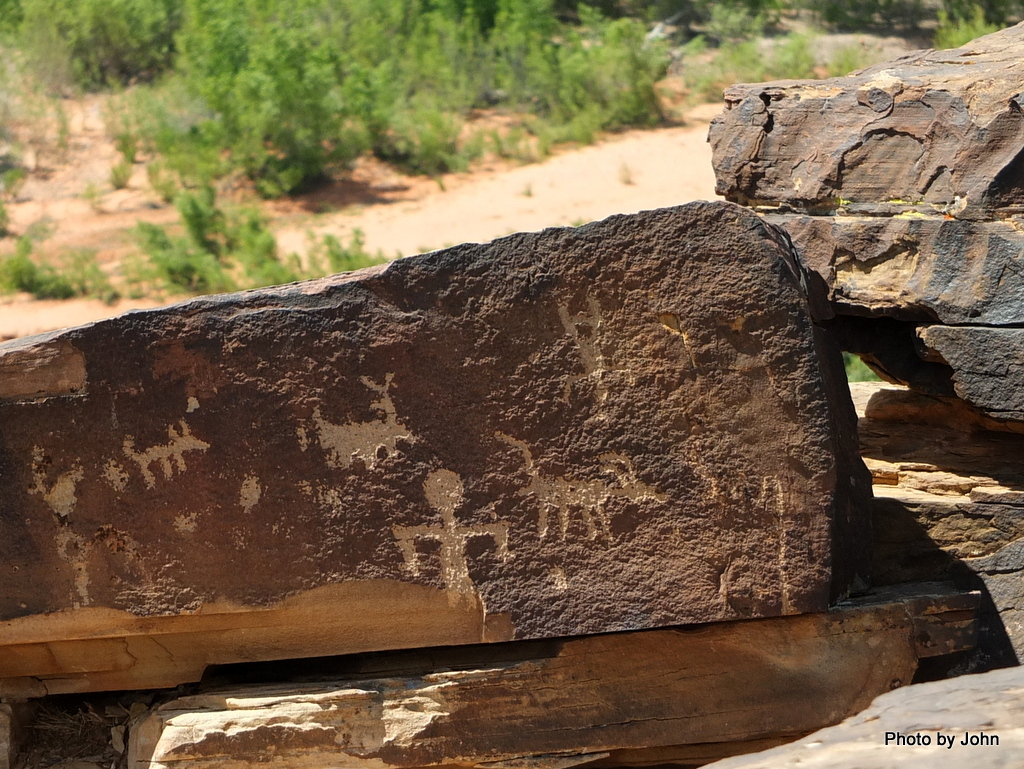 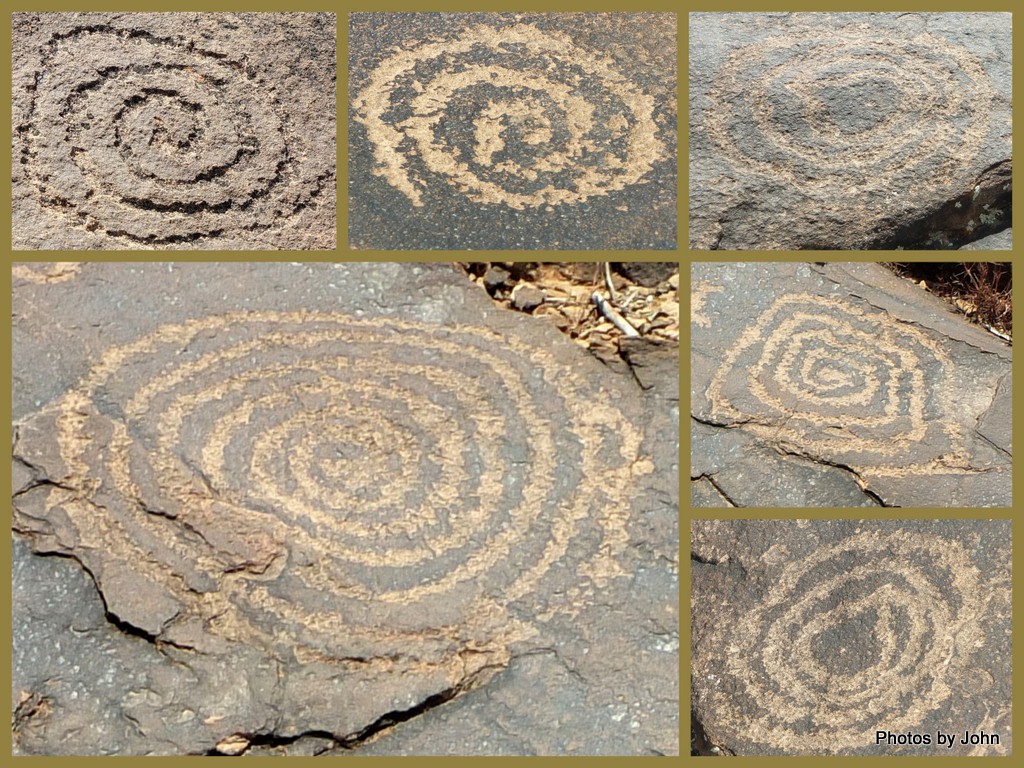 Part of what intrigues me about rock art is that no one can be positive about what it means, but several sources suggest the spiral pattern is a sign to tell others that the migration continues. With that, I’m not anticipating any more petroglyphs on this trip while my migration continues home.
Posted by Just Finding Our Way at 2:30 PM