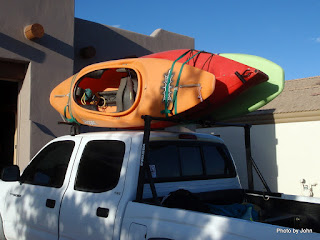 Week of May 3rd - One of the few advantages of being in the Phoenix area during the summer is that the Lower Salt River is flowing below Stewart Mountain Dam. With minimal water in the reservoirs this year, they waited until April 30th to turn on the tap, and so far the flows have been minimal. 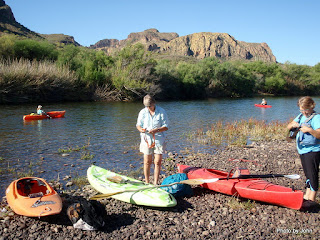 We actually went to the river twice - the first time Kathy joined us but we'd decided early on that the river was too low for wood boats so she used our first kayak - a Swifty that has served us well for 16 years. 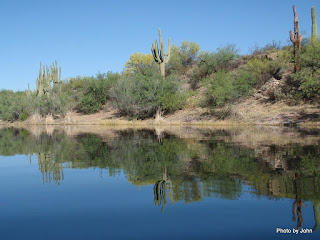 We started out the first trip with a calm wind and great reflections. Kathy & I couldn't decide if we liked the real Saguaro, or the reflected version. 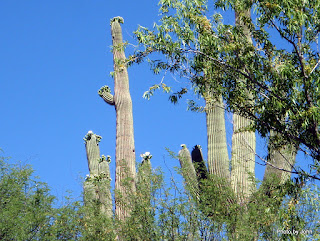 The Saguaro were starting to bloom. 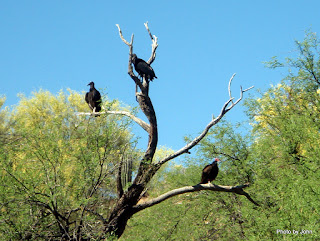 We had some typical birds. The vultures are usually around 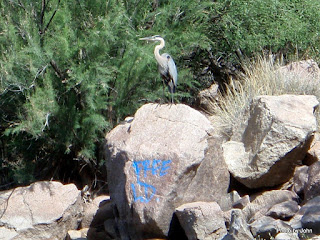 as are the Great Blue Heron. We actually saw lots of other birds as well, and on our second trip when our friend, Helen, was able to join us, we she was able to identify them. Vermilion Flycatchers, Neotropic Cormorants, Cardinals, Red-winged Blackbirds, and several Bald Eagles to name a few. 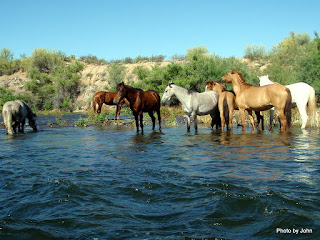 We saw four-legged animals including several groups of wild horses 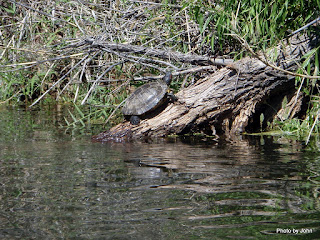 and a turtle sunning himself on a log. I was surprised by what I think was a young River Otter, but he/she/it was just as surprised and quickly dove again. 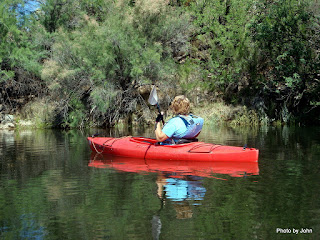 As usual, Kathy did a wonderful job watching for wildlife in the brush 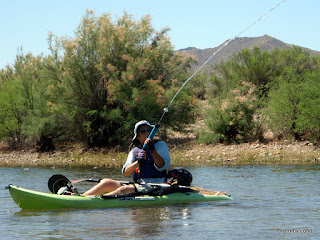 while BJ kept her eyes open for "river booty." On the first trip, she found a nearly new squirter. I managed to "forget" to load it with the rest of the gear for our second trip. 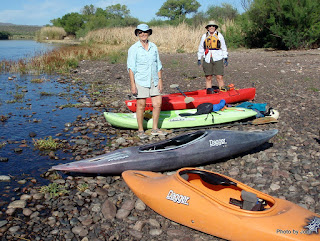 The second trip was middle of the week. We started out with just our four boats on the water. This time, Candy was paddling the Swifty, 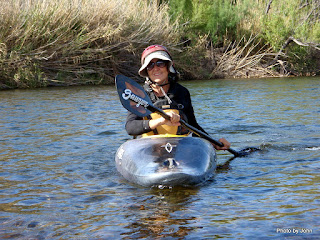 and Helen joined us. Years ago, we paddled with Helen multiple times a week but that changed when she bought her business in Bullhead City. This was the first time in 12 years that she'd been able to return to the Lower Salt. 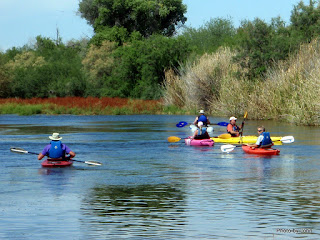 Below the bridge we passed a group that were just launching. At least they got the message that no two boats in a group should be the same color! 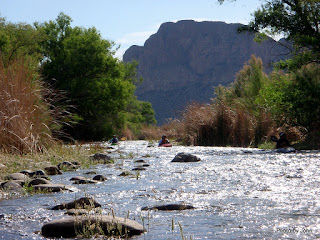 The flows were absolutely the minimum that was floatable, especially for the upper section. Lots of rock scraping, but worth it for time on the river. It was especially nice to be on the river before tubing season when the trash increases and the animal sightings decrease. 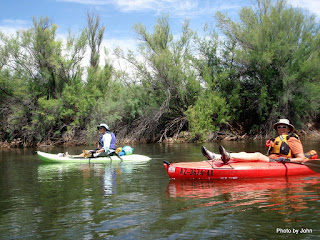 By the time we got to the lower portion on the second trip, BJ and Candy were getting the relaxation thing down.

We've missed the Lower Salt the last couple years, leaving town for the summer. I suspect we'll be on the river some more, in between trips to cool off.
Posted by Just Finding Our Way at 2:30 PM