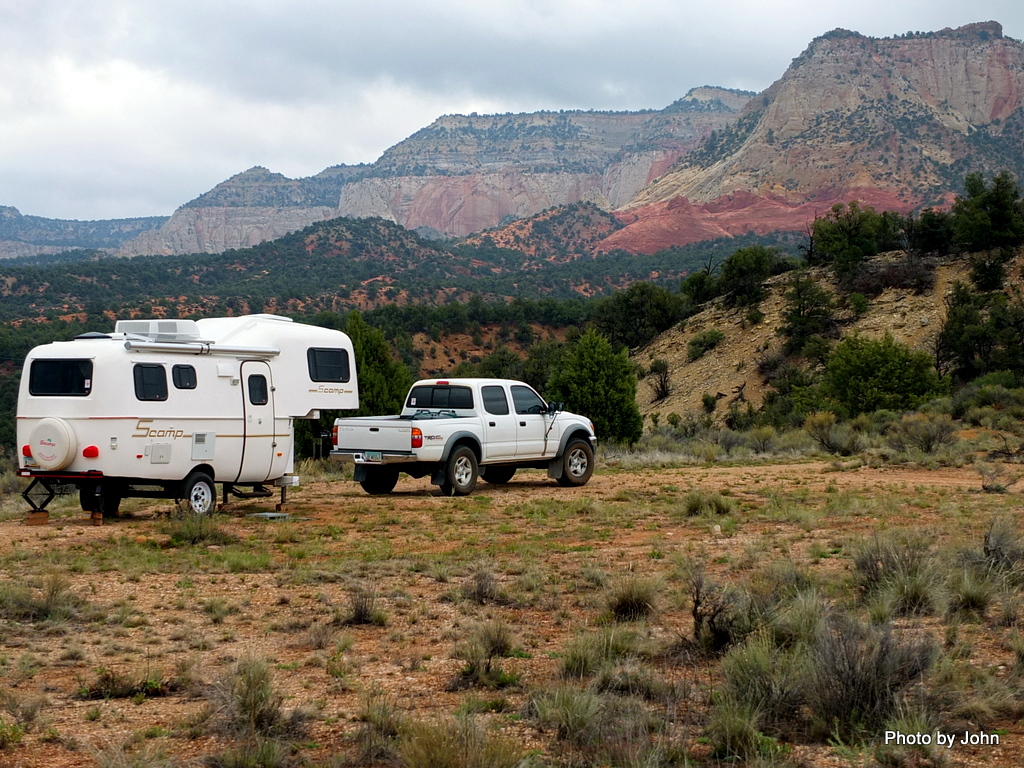 April 24 & 25 – I holed up in a great boondock location just south of the Mt. Carmel junction for a couple days to let some rain storms pass by while I caught up on a commitment I made to review some aviation software possibilities. I thought I’d have lots of time to do that on this trip, but I’ve been too busy hiking and gawking and blogging to get as much done on the software reviews as I’d expected.

This location has served me well in another regard. It’s close enough to Kanab to facilitate entering the Wave Lottery for Monday. 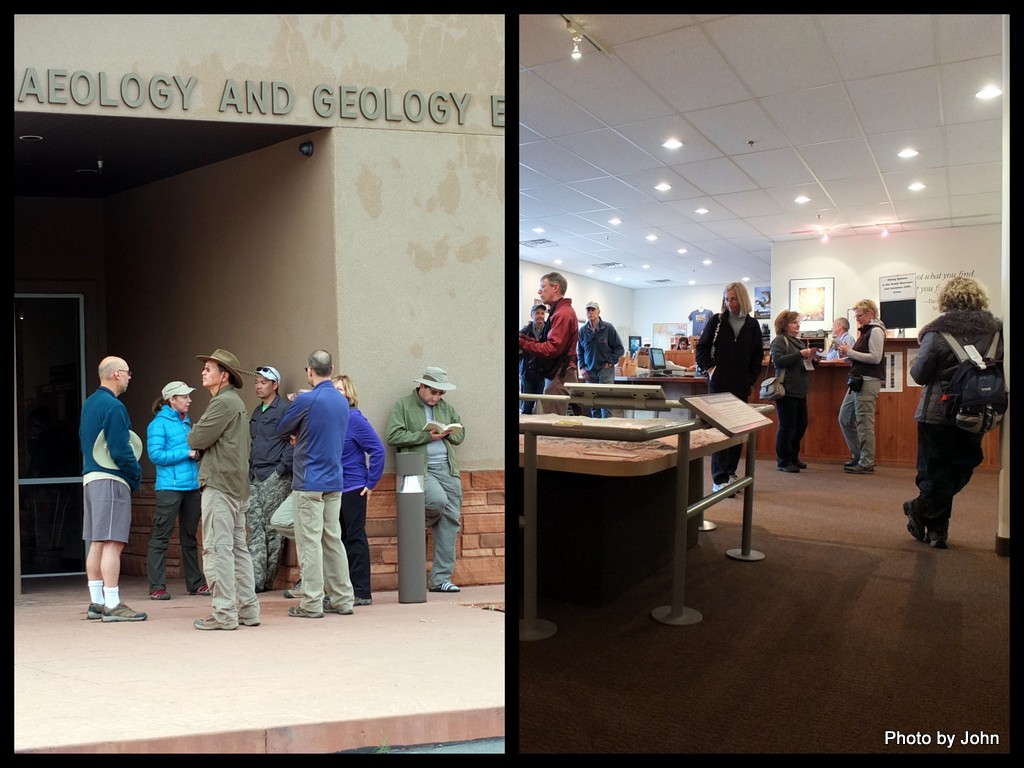 You need to be at the office at 8:30 to fill out the application for the walk-in lottery. By 8:15, people were starting to stand around, both outside and inside. They issue 10 spaces based on signups 4 months in advance, and 10 more spaces through the walk-in lottery the day prior to the actual permit. 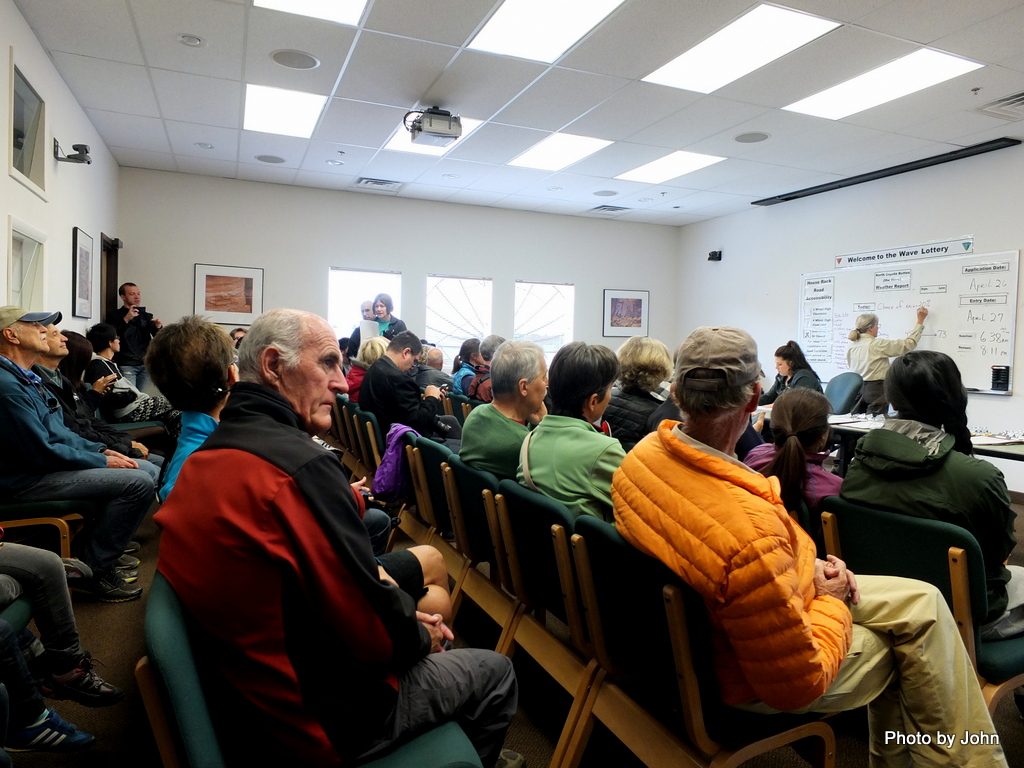 At 8:30 we were herded ushered into a special room to fill out the application paperwork. There were people there from Russia, Sweden, Germany, Japan, China, Israel, Canada, and quite a few states, all hoping to get a coveted permit for the 6 mile hike. 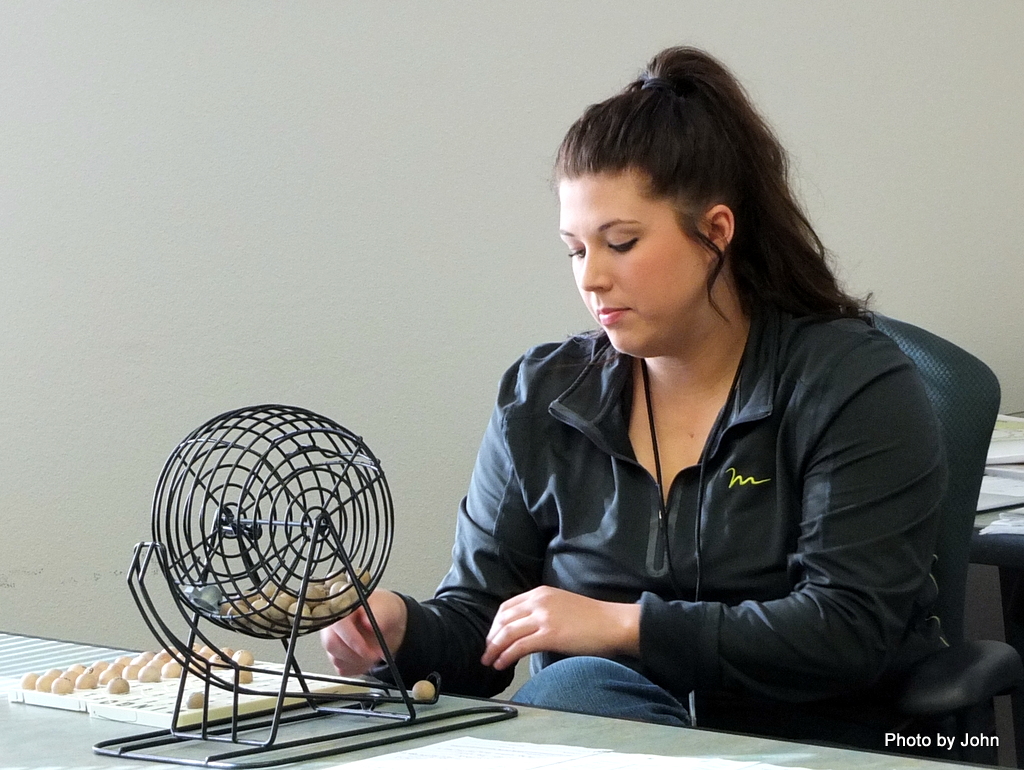 At 9 a.m. MDT they started calling the magic numbers. There were 46 applications representing 87 slots (one application per party). The first five numbers chosen had two people in each group. Party over! 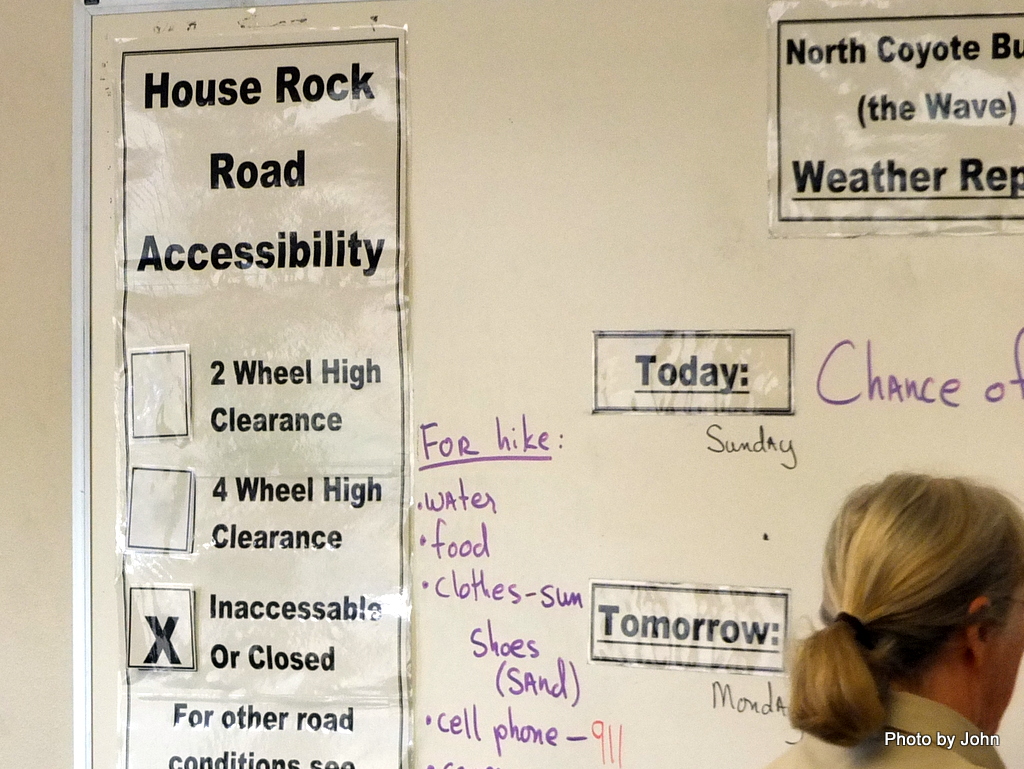 Meanwhile, another piece of information was on the whiteboard. While it might clear up for tomorrow, even 4WD vehicles were struggling with the road because of two days of rain. The road was closed which meant another possible hike in the area was also off the option list. 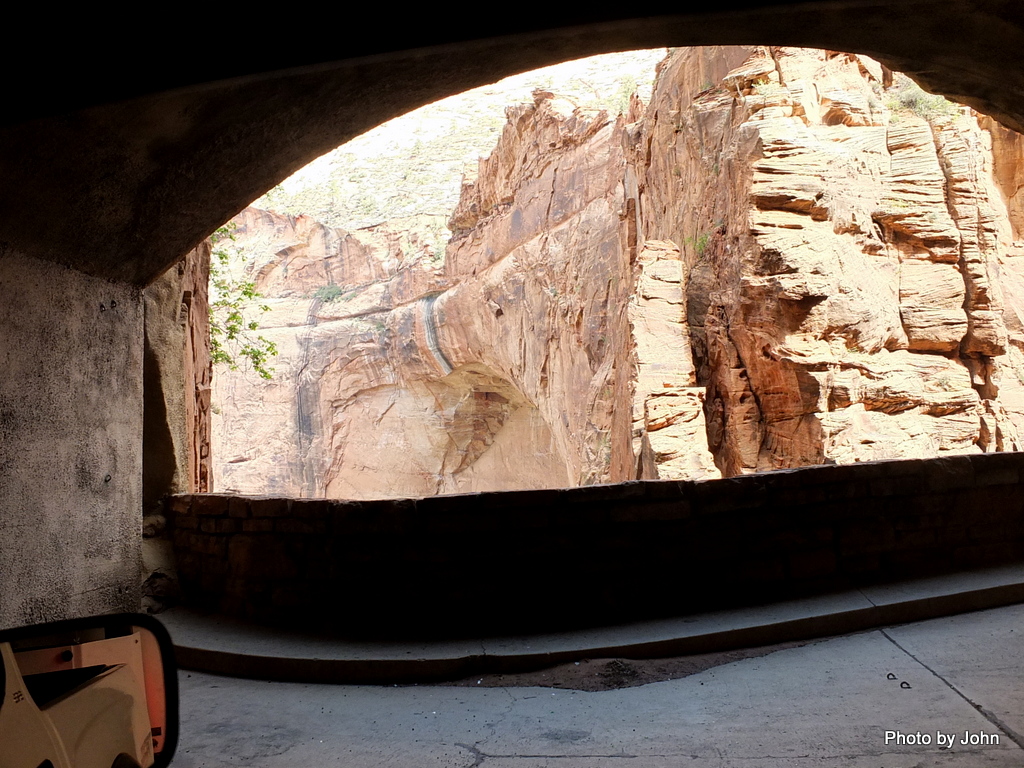 With that, instead of east, I headed west with Zion as my next proposed destination. Seemed like a good idea to me… I picked up a couple hitch-hiking hikers at the junction and took them back to their car at the east entrance and then headed through the tunnel. With no traffic behind me, I was able to grab a quick shot out the window of the tunnel. 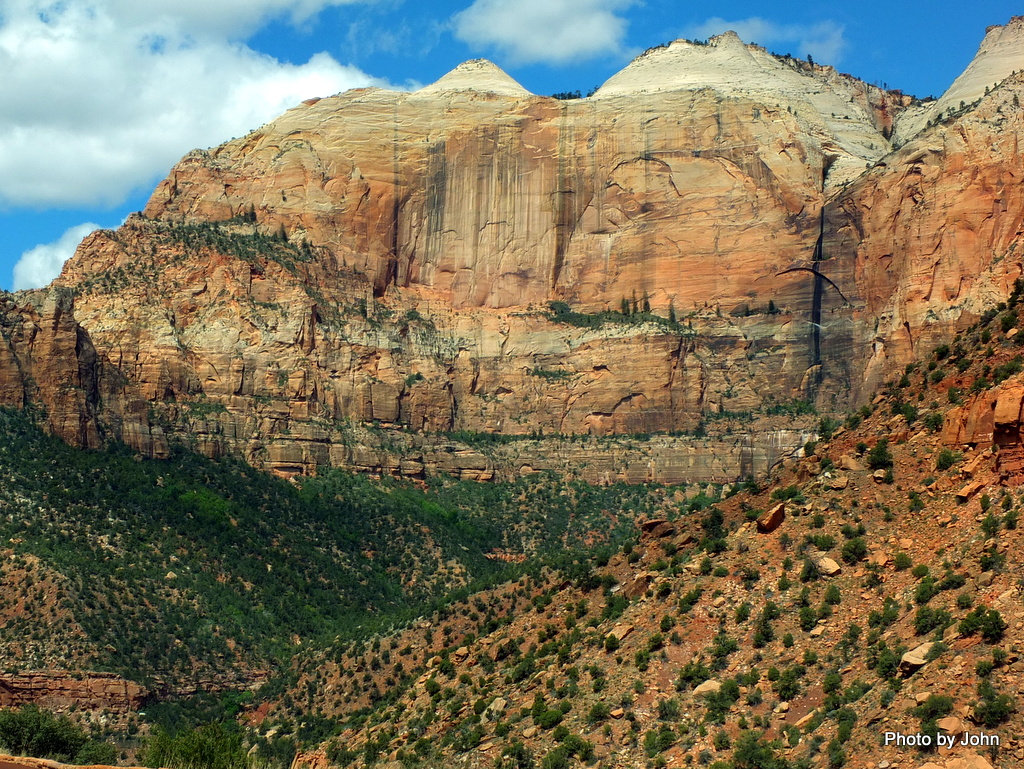 As always, Zion was beautiful, 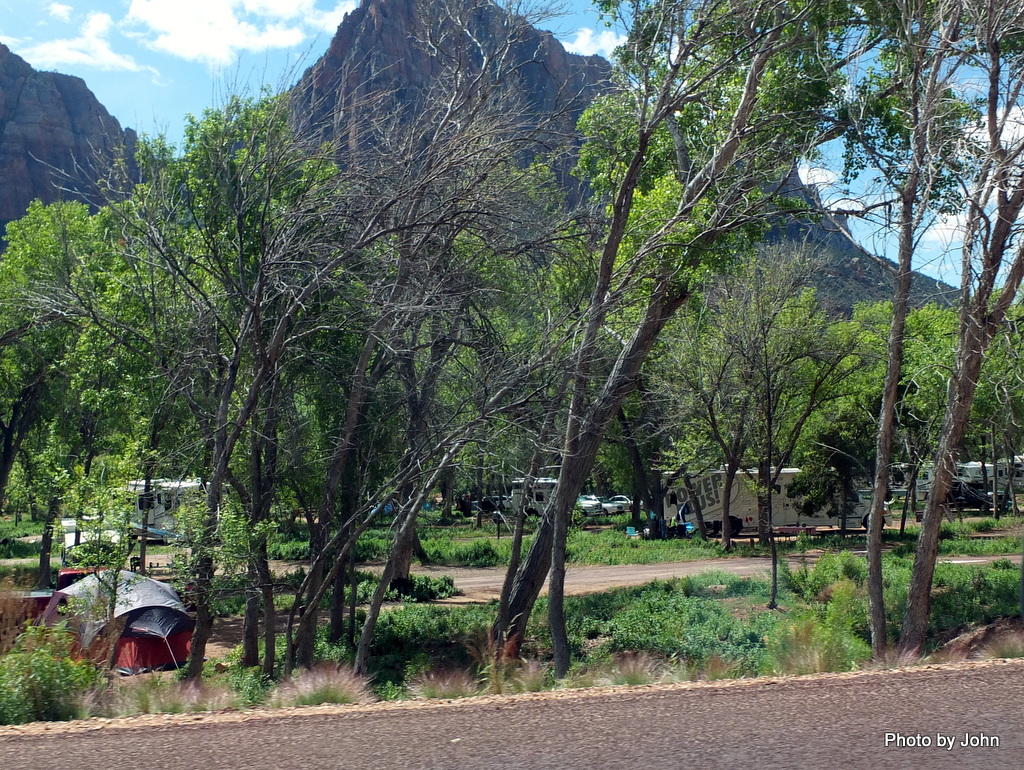 but by now it was past noon, and both campground were full. The Zion shuttle buses were now running, and every place in the park and in town was parked full. Didn’t look too interesting to me, and the one boondock I considered had a muddy road. 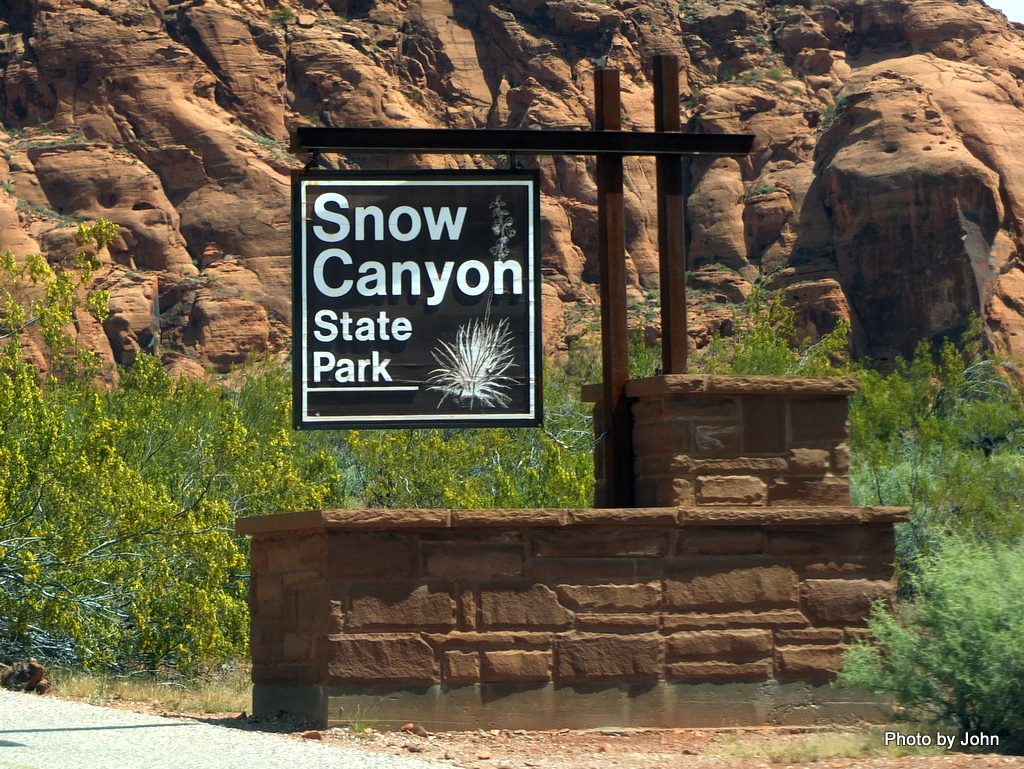 Home for the night ended up being the campground at Snow Canyon State Park in St. George, Utah. Beautiful red rock, lower elevation, and lots of wind.
Posted by Just Finding Our Way at 2:30 PM