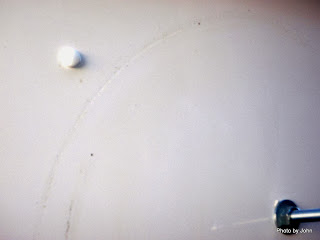 While I was washing and waxing the trailer last week I noticed that the spare tire has been digging into the gel coat.  I once toyed with putting the spare under the trailer but didn't like the resulting ground clearance. I've thought about moving the mount from the body to the bumper or to the front of the trailer using a receiver like Kamper Bob built for his generator, but so far I'm too lazy for those solutions. 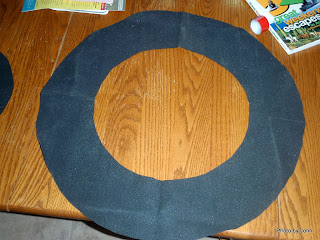 The short term solution has been to install something for the tire to rub on other than the gel coat. I thought a leather ring would work well but I didn't have a big chunk of leather.  I did, however, have a big chunk of thin neoprene from my boat building supplies. 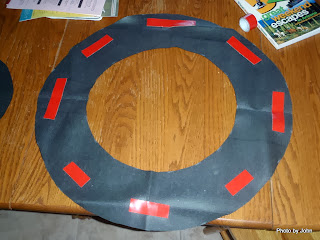 I cut out a big donut, added some piece of old double faced tape 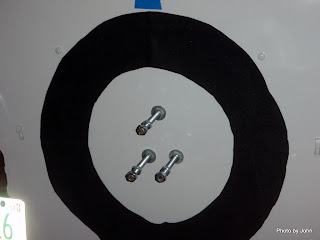 and stuck it in place. I used the old double faced tape because I expected it to stick well enough to hold the neoprene in place until the spare tire was mounted, but wouldn't stick so much that removing it later would be too big a chore. 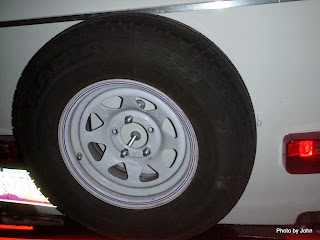 With the spare back in place, the neoprene ring is squeezed between the tire and the gel coat. We'll see how well it works. I may still be shopping for some leather one of these days or plugging in the welder for its annual exercise.