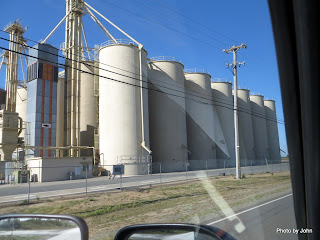 It was an easy day today with a little bit of everything. Out of the foothills and into the farming with grain elevators, rice paddies, oats, and a solitary crop duster. 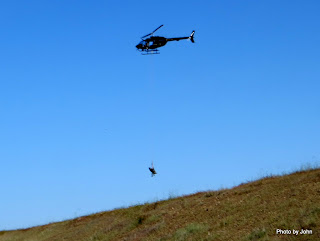 Many of the pictures today were taken on the fly including this out-of-focus one along US-99 of some short-haul rescue practice. 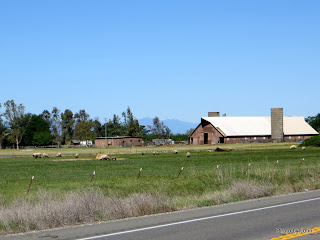 We saw fruit orchards, nut groves, cattle, horses, and sheep along with a fly fisherman in a drift boat on the Feather River and a rancher out mending fences on his ATV.

GasBuddy saved us 50 cents a gallon in Red Bluff but we had to work for it since the town was enjoying a parade that we circumnavigated. 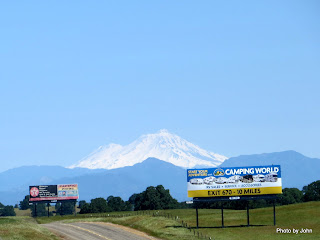 We did end up with a short section of Interstate today but it gave us a wonderful view of Mt. Shasta behind the billboards. 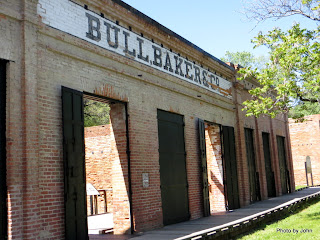 We stopped in downtown Shasta for a walk around the Shasta State Historic Park. With the exception of the still functioning Masonic Lodge, the downtown is mostly stabilized brick walls marking businesses long since gone. 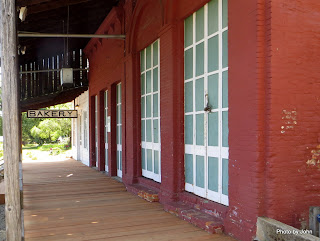 Even the General Store and the Bakery were shells of their former self. No cinnamon rolls here! 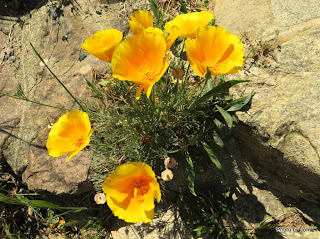 But the California Poppies were out in full force. 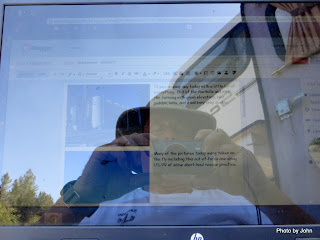 We're parked for the night at the Whiskeytown-Shasta-Trinity National Recreation Area on Whiskeytown Lake. RVs are parked in an asphalt parking lot with dump but without utilities but the sky is reflecting blue and the weather is warm while I sit outside to finish this post. Very slow 3G connection. $9 with National Parks senior pass.
Posted by Just Finding Our Way at 4:28 PM