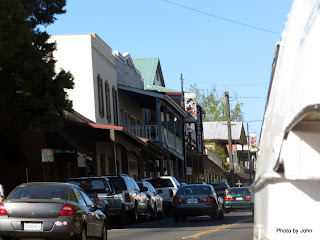 We were going to start the day at the Tuolumne County Historical Museum but parking near the museum and then the 9am traffic put a quick end to a longer visit in Sonora. All we have is a picture of Sonora in our rear view mirror. 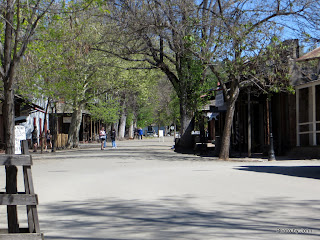 Columbia State Historic Park could have been an all-day affair, although I'm glad we were early in the season and in the middle of the week. Many of the original buildings now include period appropriate businesses operating as concessionaires. The bakery had wonderful cinnamon rolls – just saying… 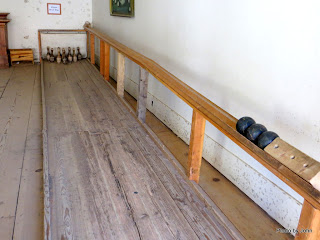 The fir floor boards to the left of the bowling alley were at least 18 inches wide. 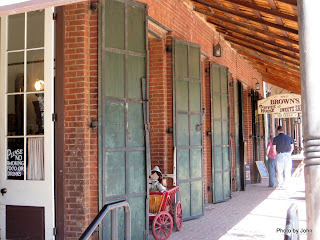 As was true of many of these towns, the successful businesses built with brick and used iron shutters to withstand the fires that seemed to sweep through town on a regular basis. 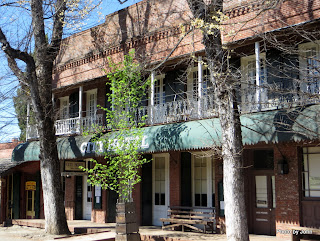 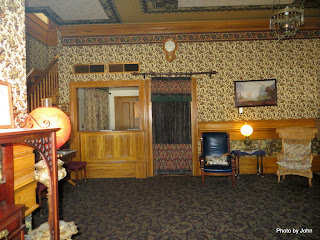 while the other featured an ornate lobby as seen through a window. 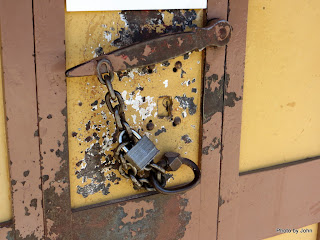 Throughout town, even most of the hardware 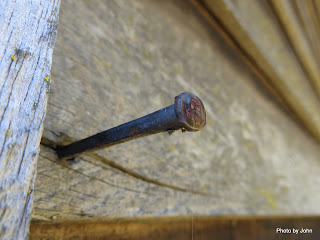 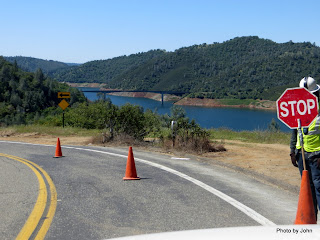 The curves and grades were for the most part kinder and gentler than the previous day. We even had this opportunity to take a picture! 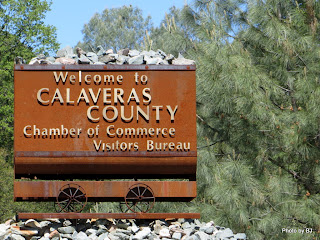 As we entered Calaveras County, we started looking for Mark Twain's frogs 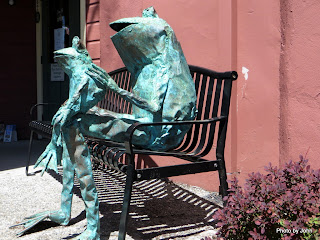 and found them in Murphys, another town dating to the gold rush where many of the original buildings were built of rough stone. This town was full of wine tasting emporiums representing the local wineries. 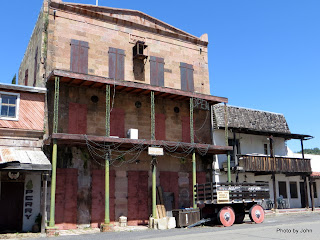 A number of the buildings in Mokelumne Hill were different yet, built by Italian stonemasons using local cut limestone. 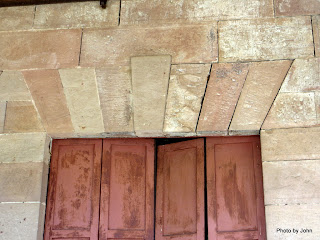 I especially appreciated the keystone work forming the lintels over most windows and doors.

Home for the night was Jackson – a place that Verizon apparently has not yet discovered. The folks from Bentonville were our hosts.
Posted by Just Finding Our Way at 10:23 AM