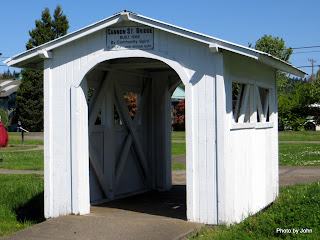 While on our Covered Bridges hunt, we discovered one of the smaller covered bridges in area. It was built by community spirit in 1988 and serves as a portal to Rolling Rock Park and a conversation piece in Lowell, Oregon. 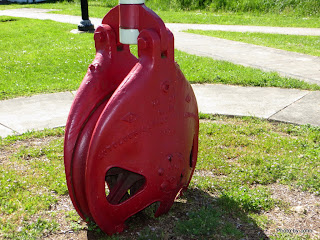 The park celebrates Lowell's logging and railroad history, with everything from a pulley for the top of a spar tree 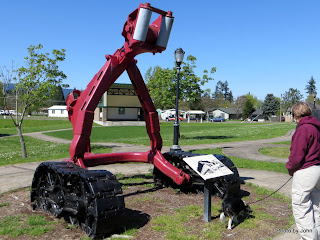 to a tracked arch for dragging logs out of the woods with an early bulldozer. 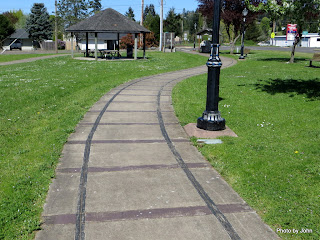 The railroad theme was carried by the sidewalk, 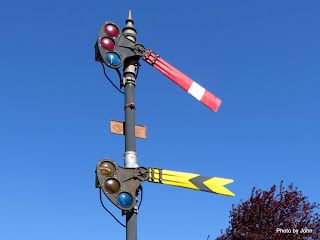 a signal that had been used nearby, 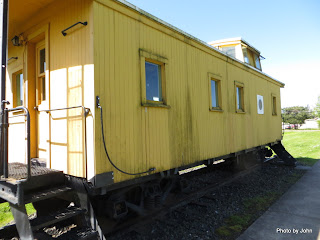 and a caboose that originated with Southern Pacific but was used by Weyerhaeuser on a local line for a number of years. 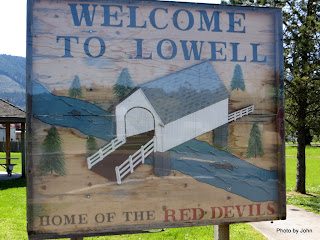 For a town of about 1,000 people, they've done a lot to celebrate their history and plan for their future.

The Rolling Rock Park also serves as the home for the Blackberry Jam Festival held annually in late July.
Posted by Just Finding Our Way at 2:30 PM