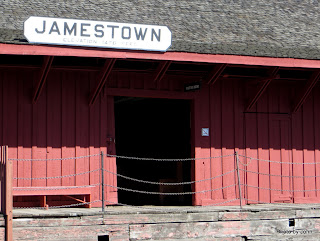 In Jamestown, California, the State has a very unique park.  The Railtown 1897 State Historic Park is owned and operated as a State Park and includes the operating Sierra Railroad. 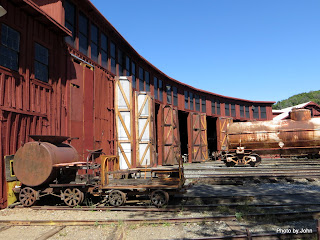 The park includes the original maintenance buildings including the roundhouse and turntable as well as original rolling stock. 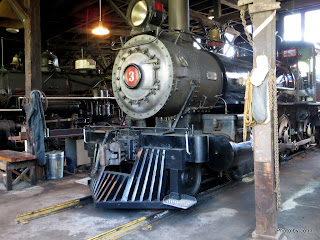 Engine #3 is a Rodgers 4-6-0 that came here when the railroad was built from the bankrupt Arizona & Prescott Railway. It is maintained and operated by a large cadre of volunteers and has been featured in many films and TV shows over the past 80+ years. 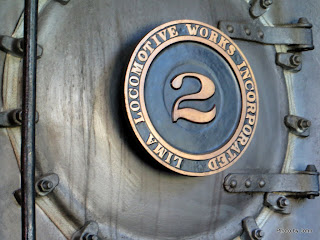 Engine #2 is a 3 truck Shay, that originally served on the Feather River Railway. There were over 20 Shay engines operating in Tuolumne County during the peak of the lumber era. This one was also used during the construction of the Hetch Hetchy project and now operates occasionally on the home line. 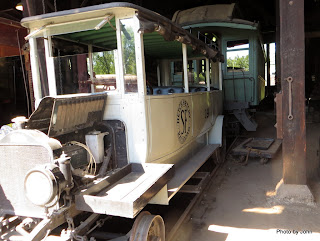 This rail truck is also original to the line, used to support construction of the Hetch Hetchy line. Based on a White truck chassis, it includes its own jack and frame so that it can be jacked up and spun around for the return trip from the end of the line. 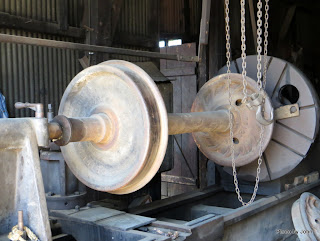 The machine shop tools are still used for maintenance of the rolling stock. 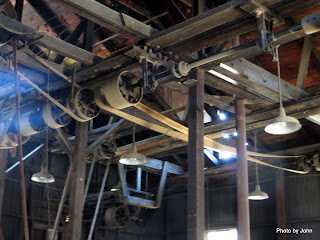 All of the machine shop and wood shop is belt driven, although it was converted to electric power from the original Pelton wheel in 1912. Still needs a grease monkey to keep all the bearings greased! 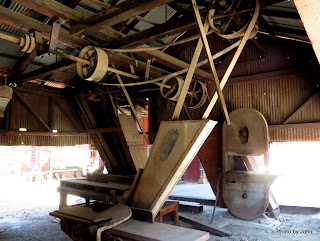 The wood shop hasn’t been used in recent years but they're hoping to get permission to build a new, wooden passenger car since they’re lighter than the steel cars. 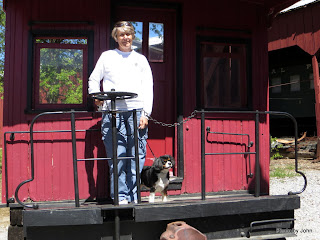 It’s the end of our time at Railtown, but was well worth a visit. Entrance is $5 per person and they’re pet friendly! If you go, do the docent led tour which is included in the entrance fee. The tour will give you access to the roundhouse.
Posted by Just Finding Our Way at 10:05 AM