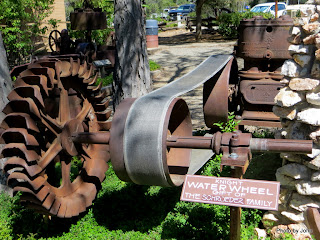 After bidding Wallyworld adieu this morning, we finished up the last of the straight road for a while and headed back to the scenic roads on our way through towns like Oakhurst, Mariposa, Coulterville, Chinese Camp, and Jamestown. First stop was at the wonderful Mariposa County History Center in Mariposa. They've collected good examples of mining equipment including this Knight water wheel donated by the Schroeder family. Who knew? 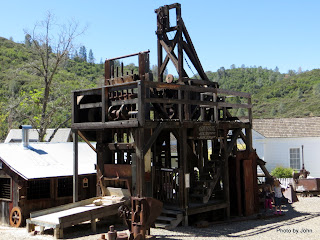 Much of their collection is outside and can be freely viewed, including this operating 5 stamp mill used for crushing quartz to release any gold. 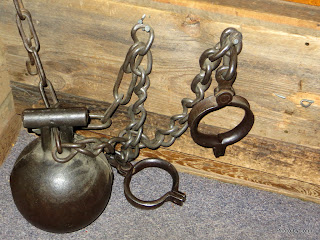 The interior of the museum is worth the $4 entrance fee. It is well organized and nicely displayed, featuring daily living from gold rush days. They displayed everything from a large, ornate walnut table from a [the first?] Wells Fargo bank to a large potbellied stove from the Court House to a ball & chain from the sheriff. 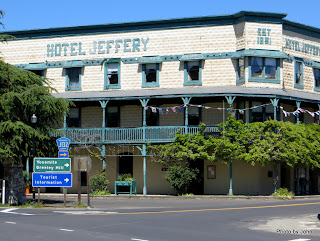 We have no pictures of the twisted (both vertically and horizontally) road – too busy driving. Suffice it to say if you’re uncomfortable with narrow, steep, mountain roads lacking guard rails, this might not be your trip.

Hotel Jeffrey in Coulterville was established in 1851, like so many businesses in the area. 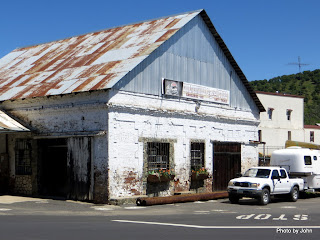 The General Store looked like it was once a garage. It wasn't open.

Lots of oak trees on rolling hills, occasional vineyards, and every now and then a logging truck would pass us going the other way. 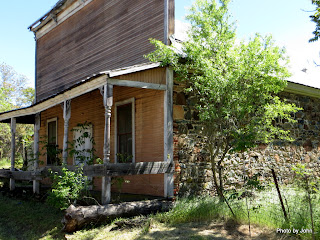 Chinese Camp has a deserted one block downtown, surrounded by homes of more recent vintage. 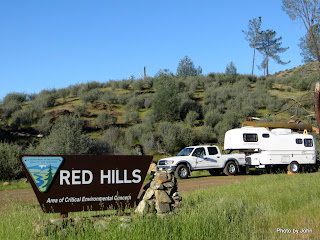 Just down the road we found a pull-off on the border of BLM's Red Hills area that became our parking spot for the night. Turns out the road is a short-cut for locals going to work so it saw some traffic late in the afternoon and again early in the morning. No cell connectivity here.
Posted by Just Finding Our Way at 9:55 AM