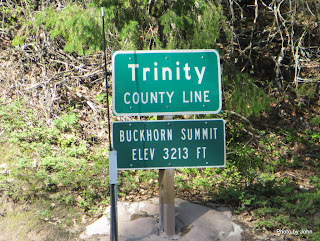 We started out this morning by crossing the first (and highest) of the three or four passes on California 299 all of which were steep enough to see some significant compression braking on the descents. For a Sunday morning, the county name seemed appropriate. 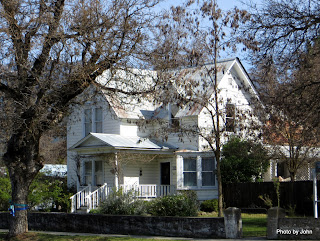 Weaverville was the last of the 1850's gold towns on my list. It has grown through the years and the gingerbread is scattered among much newer homes. 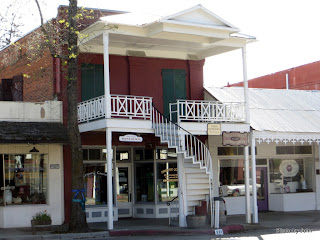 Some of the downtown buildings were unique in that they each had a circular staircase at the sidewalk to access the second level. Originally, the buildings were designed for separate ownership of the second story. 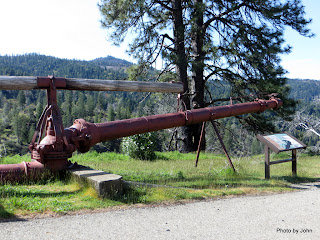 We passed through the remains of the LaGrange mine, at one time the largest hydraulicking mine in the world. Some years after it closed, the state used the same equipment to cut a new alignment for the highway. This large nozzle used water pressure to blast dirt and rock from the hillside in search of gold. 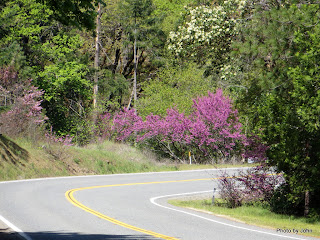 The Red Buds were in bloom and the maples were starting to leaf out in the sunny spots. 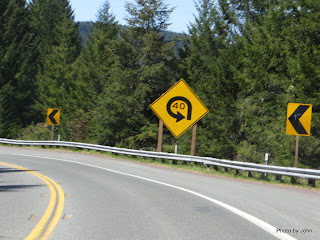 The roads were twisty but we weren't in a hurry and there was minimal traffic. Might be different in a month or two. 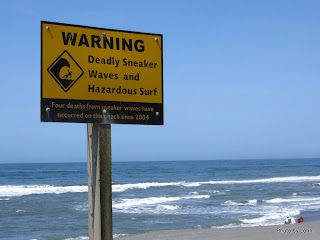 Eventually we found the ocean, right where we expected it. What wasn't expected is that California waves now apparently wear shoes. 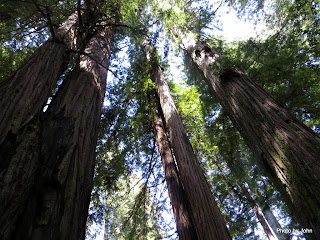 We found some redwoods 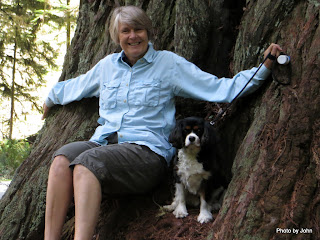 and managed to get the navigator and the guard to sit for a picture.

Home for the night is a large, very basic, city operated RV park right on the water in Crescent City complete with on site laundry facilities. I'm sure the folks we see this next week will appreciate that!
Posted by Just Finding Our Way at 4:23 PM