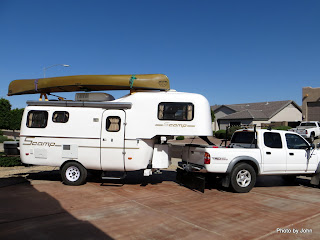 We left town relatively early this morning instead of in the afternoon as planned because of winds forecast for the afternoon. 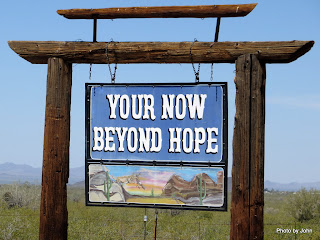 With that change, we decided to cut the corner,and at least according to the sign, we're now beyond hope!  Hope is a little burg west of Wickenburg. They can't afford a proof reader either. 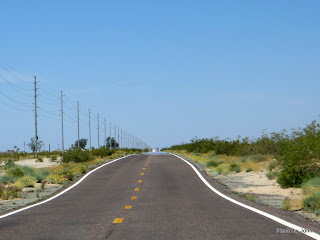 While I profess an affinity for crooked roads, it doesn't always work that way. At least they included some other features to keep it interesting. 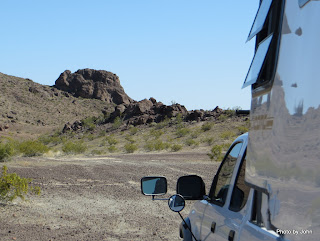 Camp for the night is tucked into some rocky hills on the west side of California Highway 95, about 20 miles south of Needles.  It has some protection from the wind and we have the place all to ourselves. To top it off, we're enjoying 3-4 bars of Verizon 3G without the antenna or amplifier.
Posted by Just Finding Our Way at 3:51 PM