Southwest Rocks – Not a Geology Lesson! 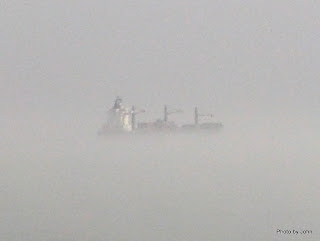 We were scheduled to arrive in Galveston between 6 & 7 a.m. but the engines went silent about 3 a.m. – not a good sign. Morning light had an eerie glow through the fog eventually followed by an announcement that the port is closed due to fog. 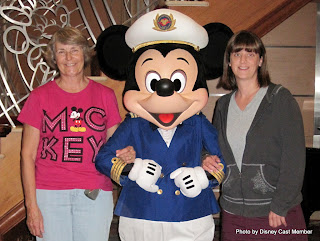 We’re told we should be disembarking by noon – pretty tight but our flight doesn’t leave until 2 p.m. so there’s a chance… except they didn’t lift anchor from our 3 a.m. location until nearly 1 p.m. Minimal communication was the general theme but Disney did contact the airlines and let them know we’d be late. Cabin staff was under pressure to clean and prep the cabins for the people scheduled to board in Galveston. 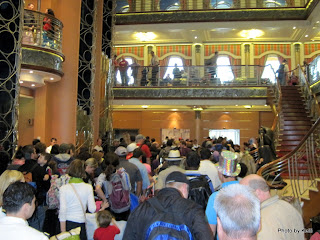 We finally got off the boat after 3 p.m., released in one big push rather than by smaller, orderly groups as they normally do. 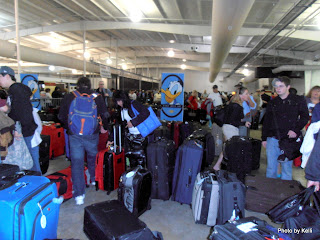 Locating luggage took some time. The information had been that our luggage would be grouped together (depends on your definition of "together")  so it was a bit of a scavenger hunt, especially for Kelli’s black - looks like everyone else’s - bag.

Customs and immigration moved as quickly as could be expected and we were loaded on our shuttle bus to the airport shortly after 4 pm, but the bus broke down less than a mile from the Galveston terminal, requiring an eventual bus change. We finally arrived at the airport about 6 p.m, over an hour after the last Phoenix flight. Since we were one of three cruise ships that were held up by fog, seats on every flight to anywhere were disappearing fast. 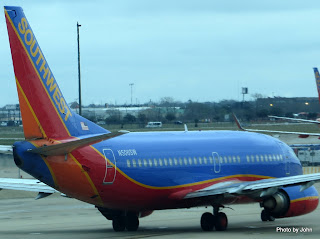 The title may get me in trouble with our son who flys for a different airline, but it's true. The staff at Southwest (where you still don’t pay for the first two bags) were wonderful! Our tickets were changed to a connecting flight at 4 p.m. the following day with excellent boarding positions. To top it off, they gave us a voucher for a $51 rate for the overnight at the local DoubleTree, complete with warm cookies. Couldn't ask for better!

We had a great time with family! Disney did a wonderful job with "presentation." They have wonderful programs for kids between ages 3 & 18. They put a lot of emphasis on staff getting "excellent" ratings on their survey and the staff in direct contact with passengers puts a lot of effort into their work. Unfortunately, we’ve proven that pixie dust doesn’t trump fog and that smoke and mirrors are just that. Once they have to deviate from the script it becomes clear that many of the staff aren't able to respond effectively. Throughout the trip I noted issues that I found surprising - nothing major, but not to the level they would lead you to expect. Meanwhile, Southwest came through big time.
Posted by Just Finding Our Way at 6:07 PM