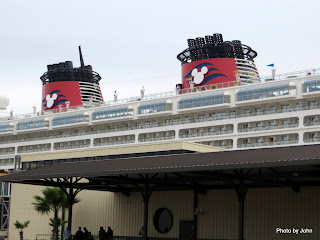 Our son invited us and his sister to join his family on a Disney cruise. Of course, he didn't mention to me that they were thinking of this as Dad's Retirement cruise, but I'll enjoy it anyway. We found what looked to be a great mouse hunting environment tied up at the Port of Galveston. 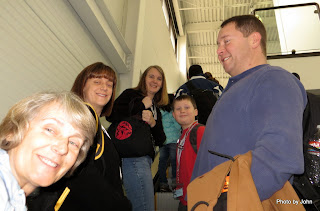 The grandson was kept in the dark until this morning. All he knew was that he was going on vacation with his folks and that they would spend one night in Galveston. This morning he spotted the Disney Magic, but even when we showed up he wasn't sure we were part of the package. 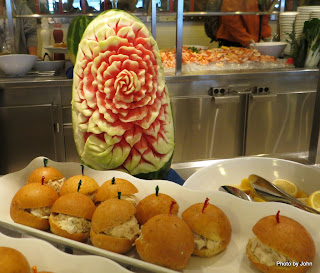 Boarding early meant early access to food! Clearly, someone had way too much time on their hands to carve this watermelon. 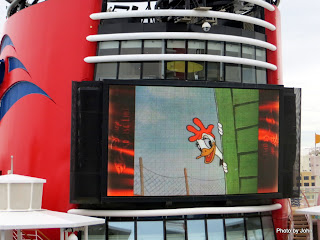 Of course, being a Disney ship, everywhere you turn is more Disney, including cartoons and movies on the big screen mounted on the aft funnel, on the TVs in the room, and in the theater on board. 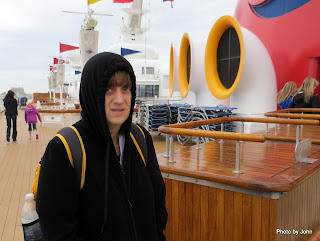 Right now the Arizona contingent is finding it chilly although the Alaska kid is running around in a t-shirt. It's mid 40's and overcast today but we're expecting low 80's by the time we get to Key West.

Hope to locate some mice in the meantime.
Posted by Just Finding Our Way at 1:33 PM