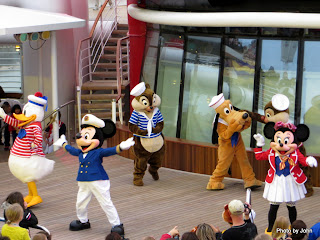 Mice hunting was a bit poor before departure given the mid-40's weather, but we eventually found them dancing around on stage below the FunnelVision screen. They didn't seem as cold as we were. 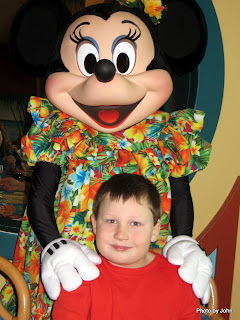 On Saturday, some of them showed up at dinner.  Minnie really liked the grandson. 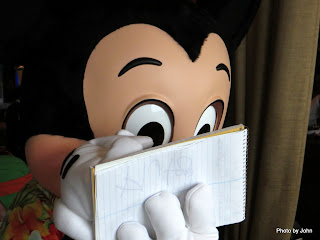 Grandson collected autographs in his journal. Some of the characters seemed to have poor eyesight! 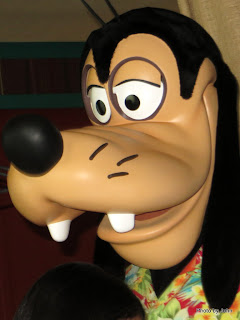 Goofy showed up but didn't stand still long. Took about 10 pictures of him but this was the only one that turned out. 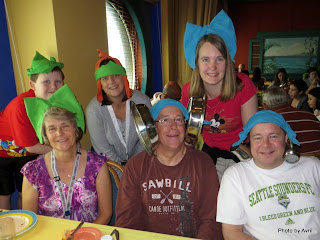 Of course, with a bunch of goofy characters running around, they felt the need to make us look goofy as well. 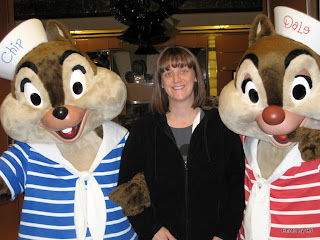 I thought the best character shot by far was when Kelli found the Chippendales.
Posted by Just Finding Our Way at 12:46 PM