Lessons from a Dog 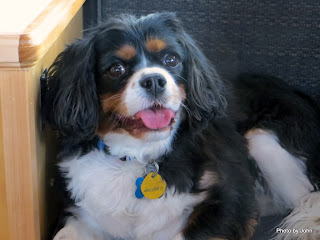 Turk and BJ were able to join me for a couple days in between some of BJ's three consecutive weekends of required recurrent SAR training. Turk enjoys traveling with us and realizes that he runs the show. 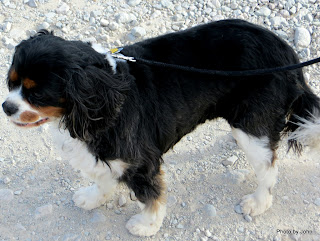 We went out for a walk the afternoon that they arrived, sticking to the obvious roadways since there are lots of cholla in the desert around here. Not long after we started, Turk came to a stop, and then carefully sat down, clearly not planning to move further. 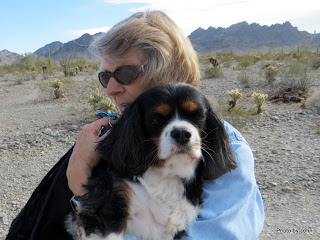 BJ picked him up and we discovered that in spite of staying on the road, he was now sporting a small cluster of cholla needles in a paw. He didn't fuss, just refused to go further, until we pulled the needles.

He did the same the next day at the RV show in Quartzsite - too many human feet weren't watching for him and were making him uncomfortable. Clearly, the lesson is if you don't like it, sit down. 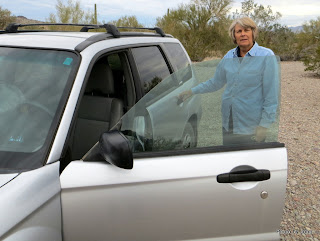 After too short a visit, BJ and Turk headed home. Next time, we'll remember to bring his boots.

They'll be back in a couple weeks. Meanwhile, I'm enjoying some beautiful boondocking and some welcome rain in the desert.
Posted by Just Finding Our Way at 6:44 PM