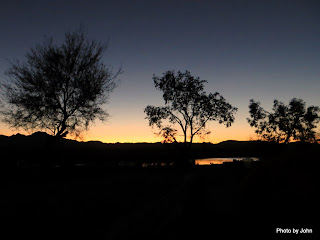 For the fifth year in a row, Helen has invited her friends to join her on a 35 mile, 3 day trip on the Lower Colorado River from Walter's Camp to Fisher's Landing. Since the river in this section is the dividing line between Pacific and Mountain time, I was not sure if I was up early or the others were late, missing the sunrise. 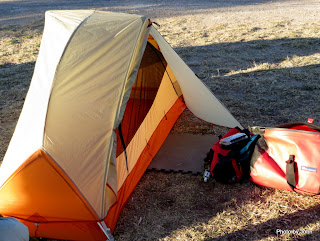 This was the first trip for the wonderful tent that my co-workers gave me as a retirement gift. So much nicer than the proverbial watch! 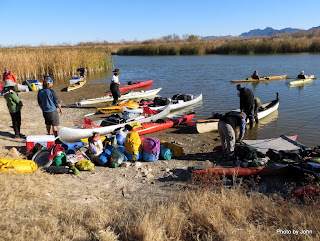 There were about 30 people on the trip, by far the largest group yet. This is just part of the group loading their boats for the first day. Everyone was fully loaded with charcoal, dutch ovens, food, wood, etc since the trip has morphed into a gastronomical delight over time. 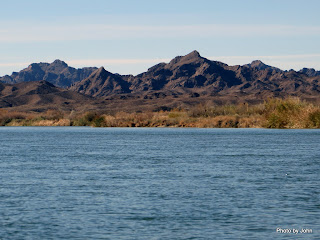 The river through this section, while impounded by the Imperial Dam, has a very natural appearance unlike the section immediately above this one where all that can be seen from the river are dikes of large rock. We were blessed with tailwinds the majority of the time and daytime temps in the mid-70s. 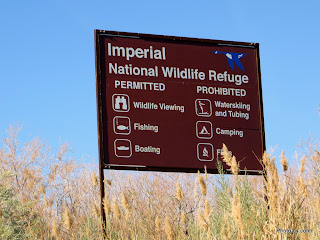 Shortly after entering the main channel (Walter's Camp is on an abandoned meander) we entered the Imperial Wildlife Refuge. For most of the remainer of the trip we would be in Wildlife Refuge or Picacho State Recreation Area where it was legal to camp in designated locations. 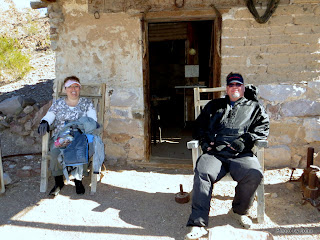 Since Kathy, Willy, and I were running ahead of the group and access to the trail was clear, we stopped in to visit the smokehouse that is about all that remains of the Draper Ranch. 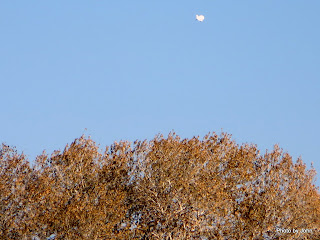 As we have for the past four years, the group shared the backcountry camping area with a group of 18 boys and Dad from a Boy Scout troop. We were kept watch over by the government aerostat that watches for visitors attempting to bypass border formalities. (White spot at top of picture.) 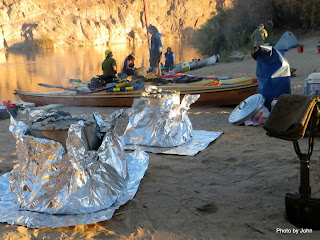 Because of the size of the group, two trash can turkeys were hidden under their respective trash cans in preparation for dinner.  There aren't any pictures of the turkeys when the can was removed because they both fell apart. 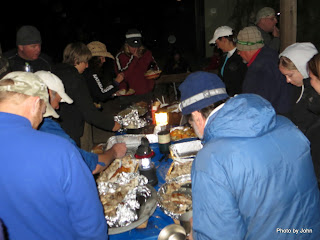 In addition to the turkeys, there were 15 packages of veggies roasted and 7 dutch ovens that were cooking up other wonderful stuff including multiple desserts. Gluttony was the order of the day.