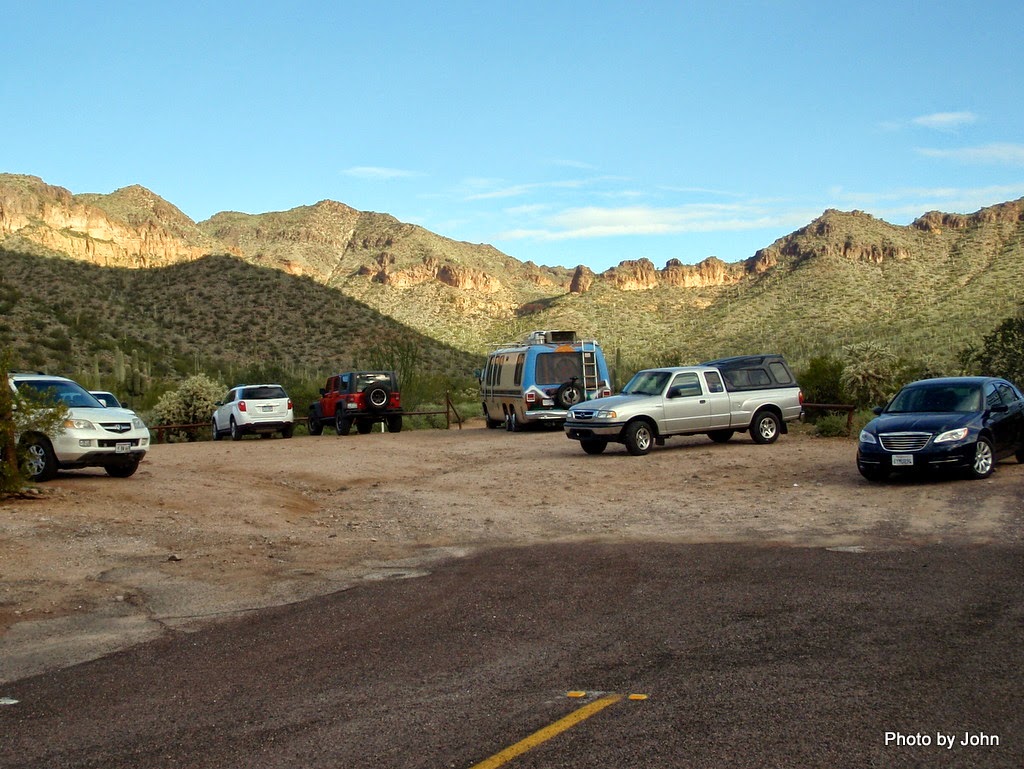 BJ and I had talked about going hiking Tuesday, but her knee was bothering her so I headed out to the Meridian trailhead to do the Pass Mountain Loop trail. This trailhead is at the north end of Meridian, on Tonto National Forest Land. There is no fee at this location. Looks like someone figured it was a good boondocking location. 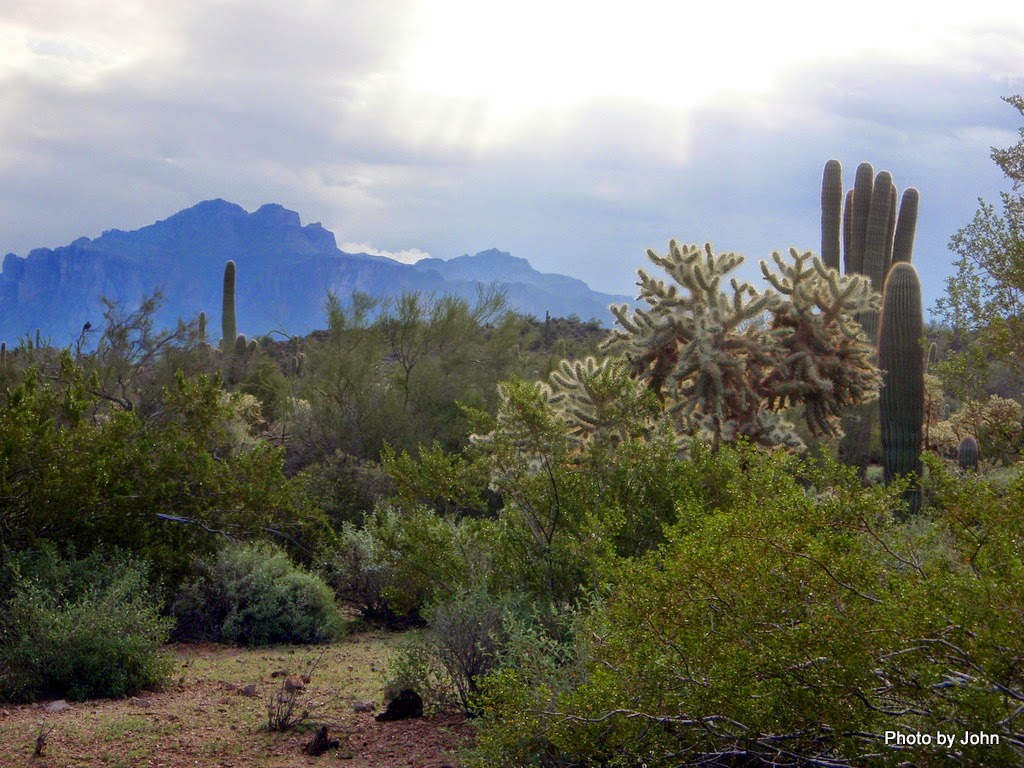 The view to the southwest included the rain clouds that had passed through less than an hour before. The hope was that it would be clear and cool - and it turned out that way. 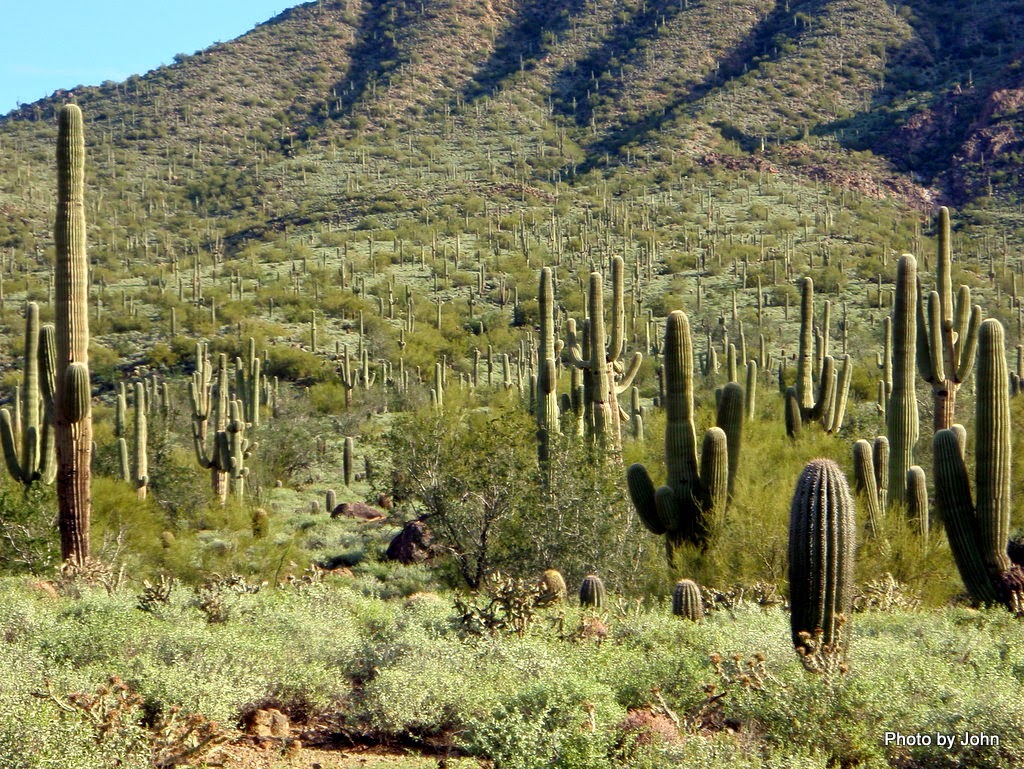 It did my heart good to be hiking through a saguaro forest. A few days ago a Canadian blogger was verbally snickering about the Tonto National Forest not having any trees. It took years, but we've figured out you don't need trees to have a forest. 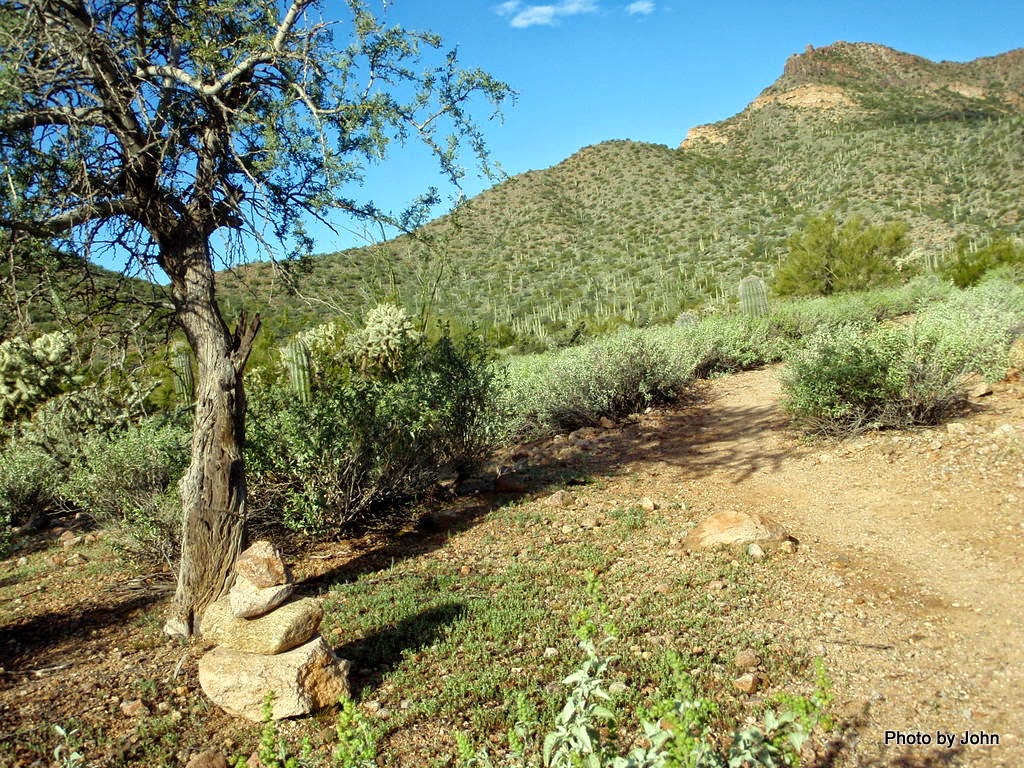 I was surprised to see a cairn along the very good trail. Perhaps I shouldn't have laughed quite so quickly. 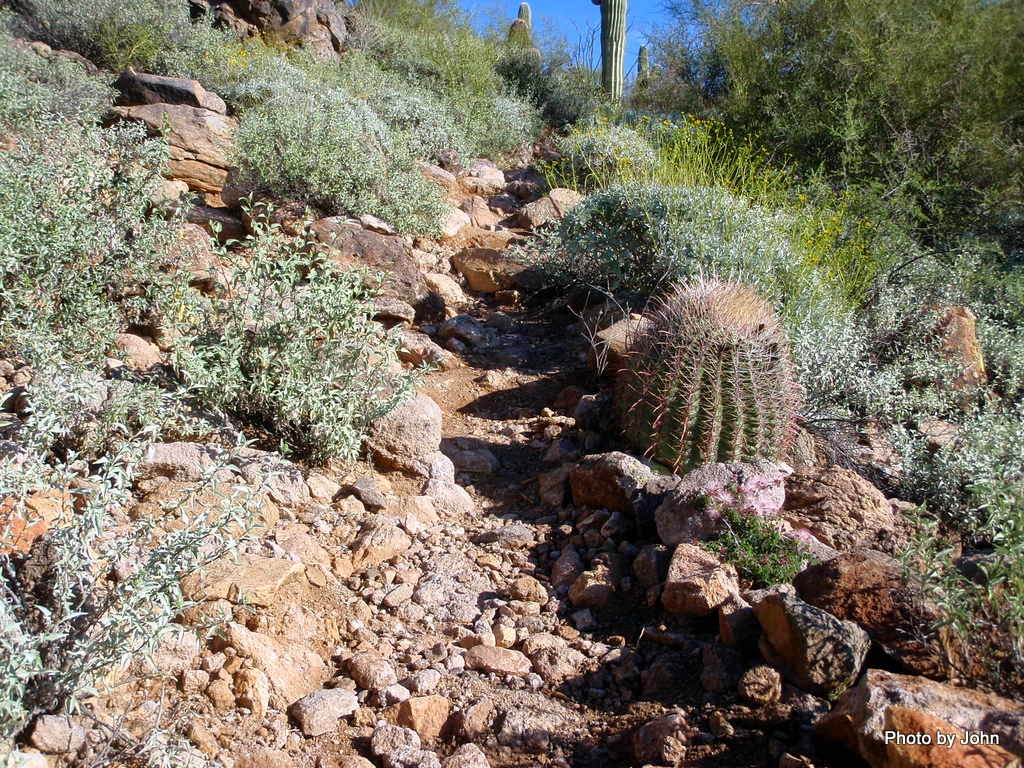 The trail condition went downhill as I continued up the hill to the saddle. 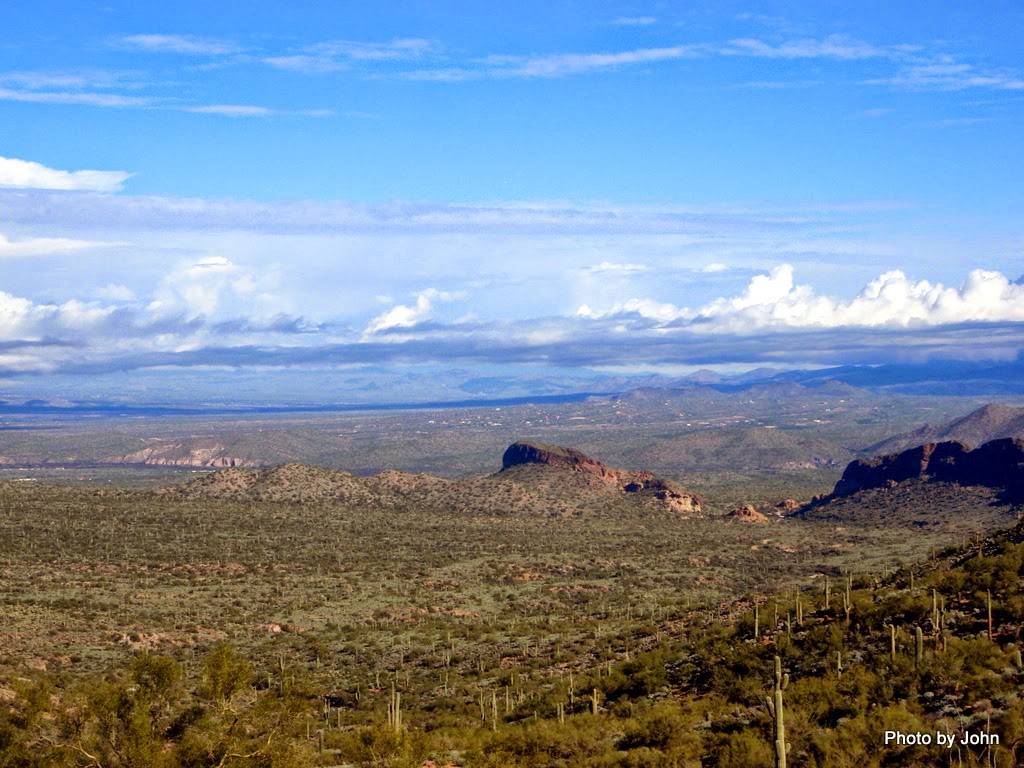 At the saddle there was a beautiful view towards the Salt River with lots of blue sky to offset the cool breeze.

This trail is very well known with dozens of people hiking it every day. I was very surprised to see the narrow trail heading north per the map, but it had seen some horse traffic (including road apples) in the last couple days. 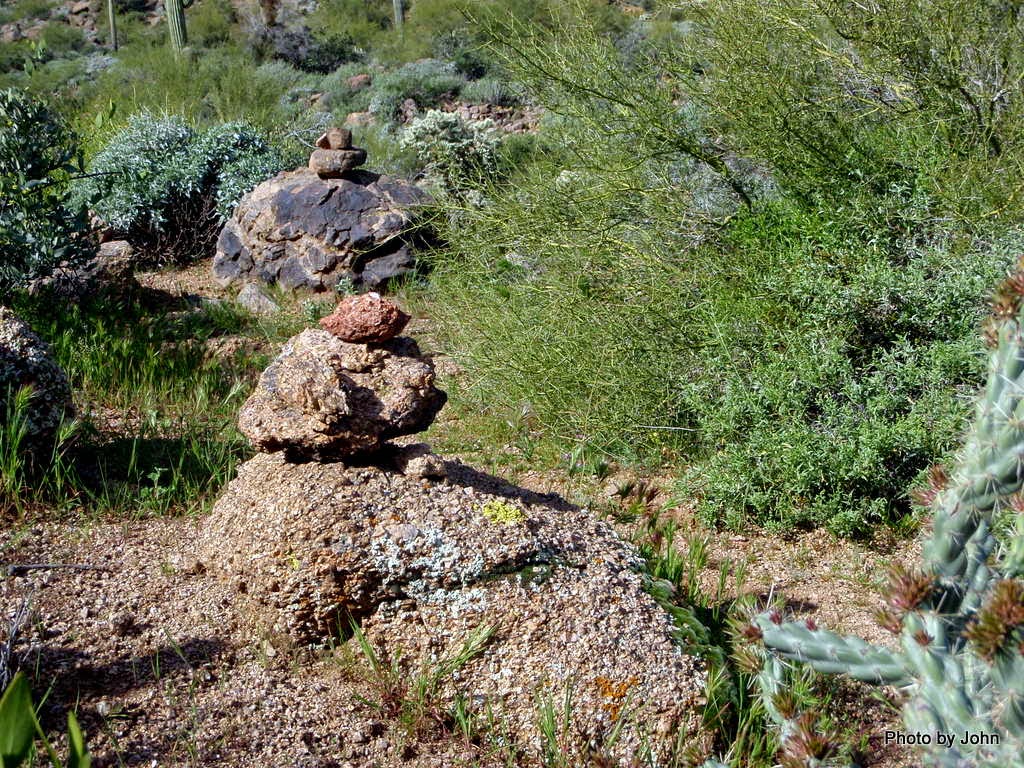 My trail north from the saddle was clearly marked with cairns. I was surprised that the trail was not showing the signs of heavy travel that I expected, but the cairns and occasional fresh horse sign continued to mark my route. 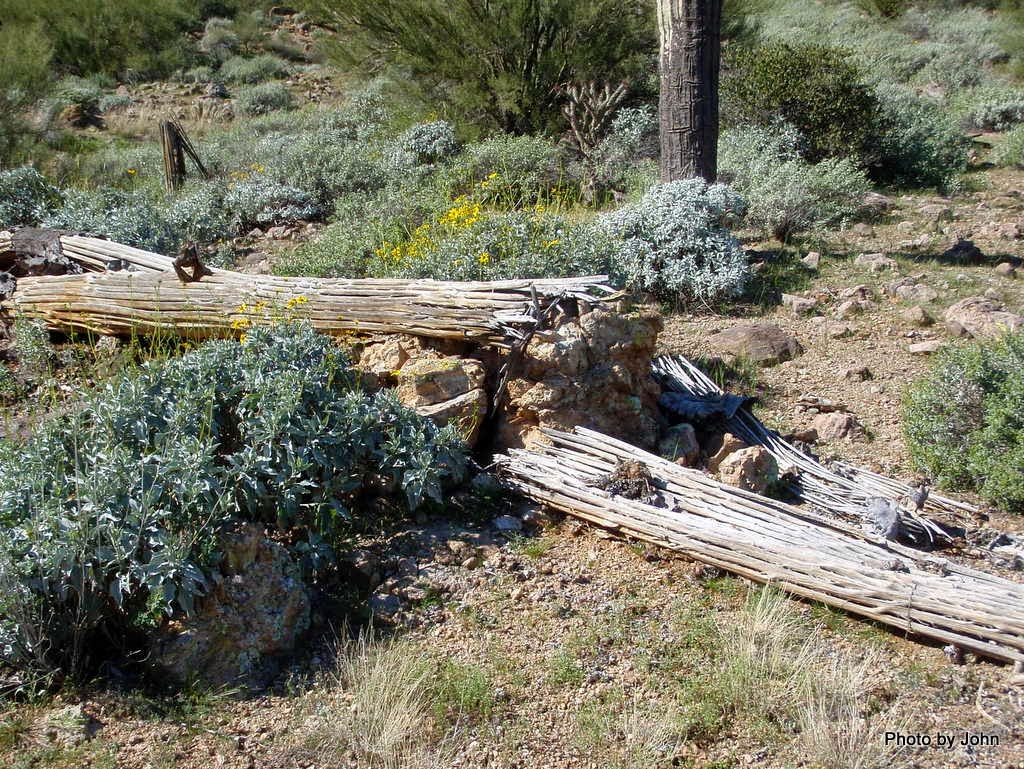 The route continued to get sketchier, but it continued to hold my interest, and while I was clearly off trail, I wasn't lost, I was just finding my way. 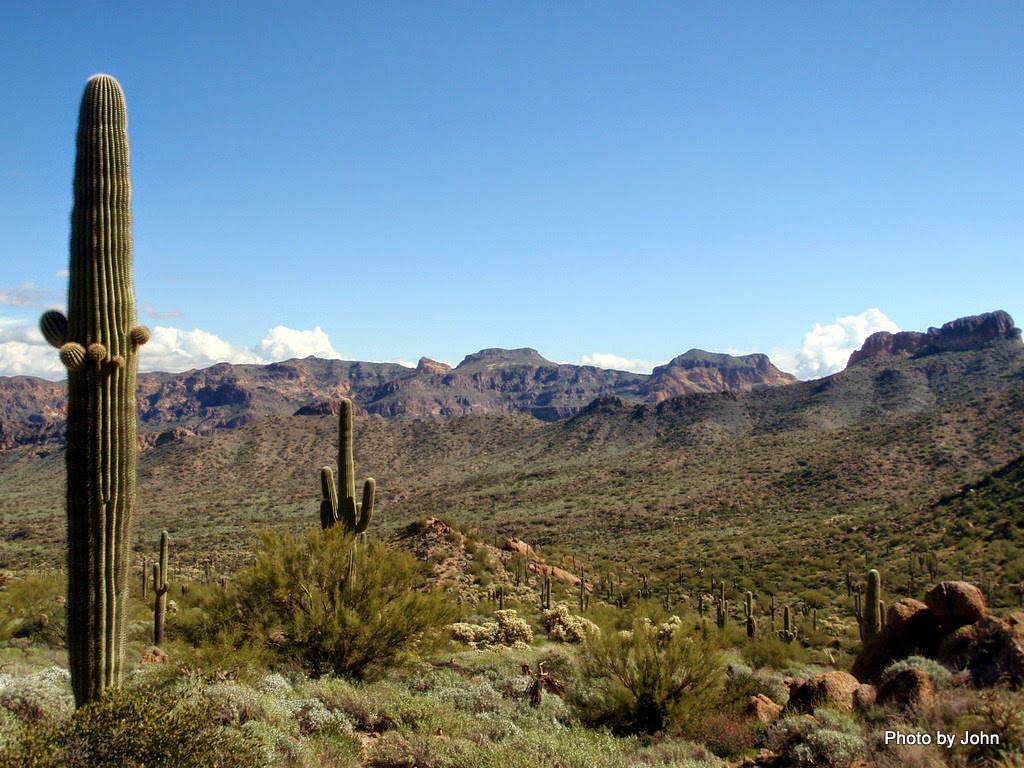 The views off the east were beautiful. While I was eyeballing the eastern view, I spotted a herd of at least thirteen wild horses. They were too far away to get a good picture. 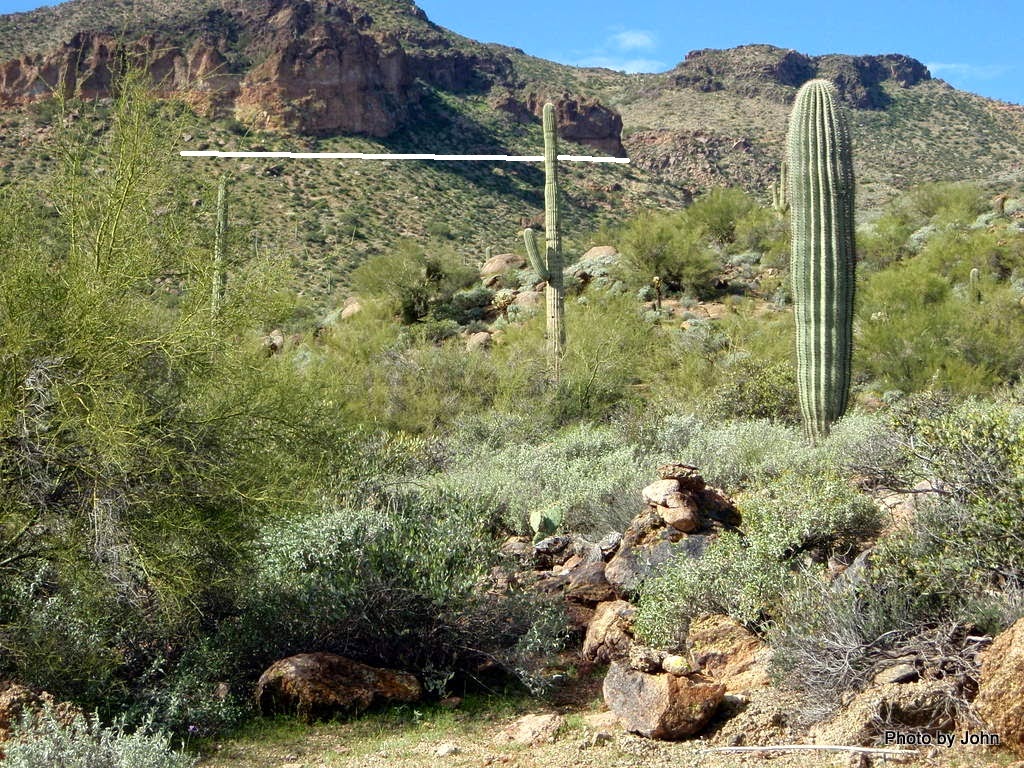 Eventually, the cairns and the trail disappeared entirely. While I was picking cactus thorns out of my boot, I spotted a group of people on a trail (shown by the white line.) That was clearly where I was supposed to be... 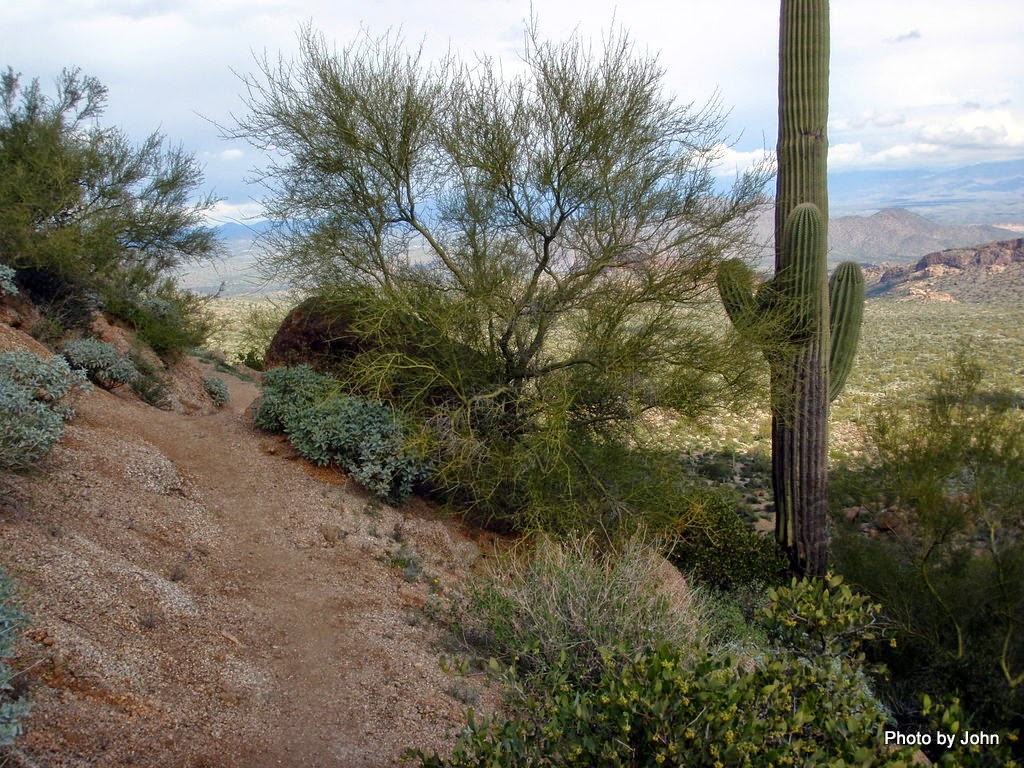 Once I finally got up to the real trail, I was able to take advantage of a section that looked a bit like a freeway. It didn't hold out, however, as the trail condition went downhill 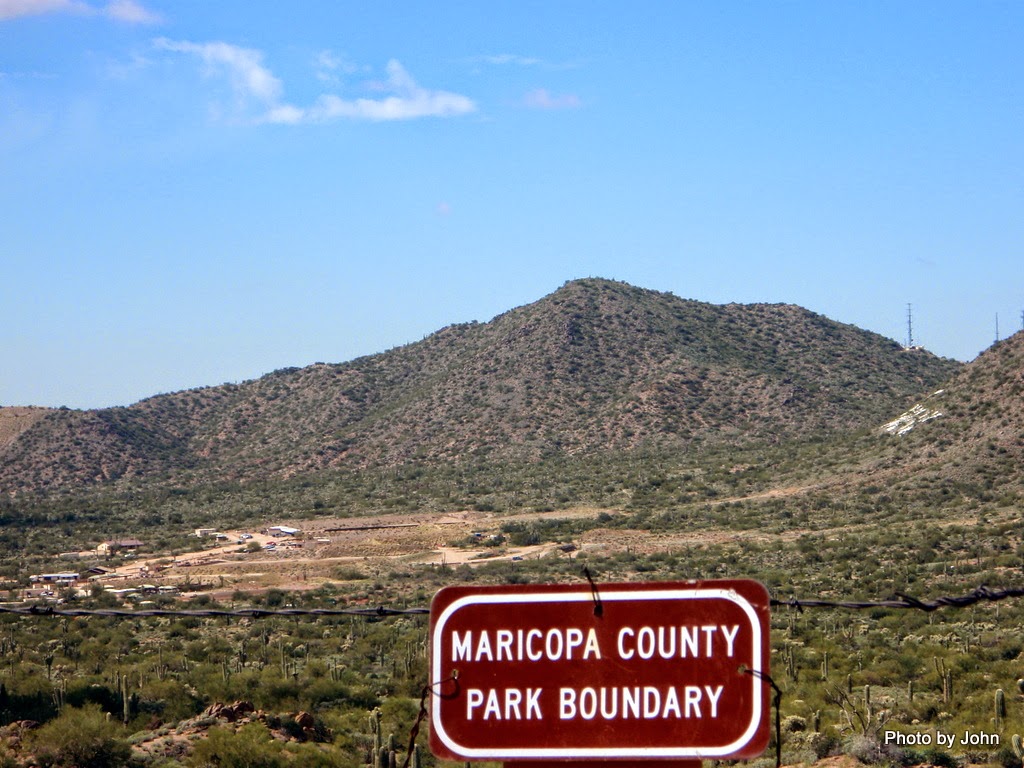 as I entered Usery Mountain Regional Park at the northwest corner. The firing ranges were all busy from the sound of it. This was the first sign I'd seen except for one where they were doing some revegetation. 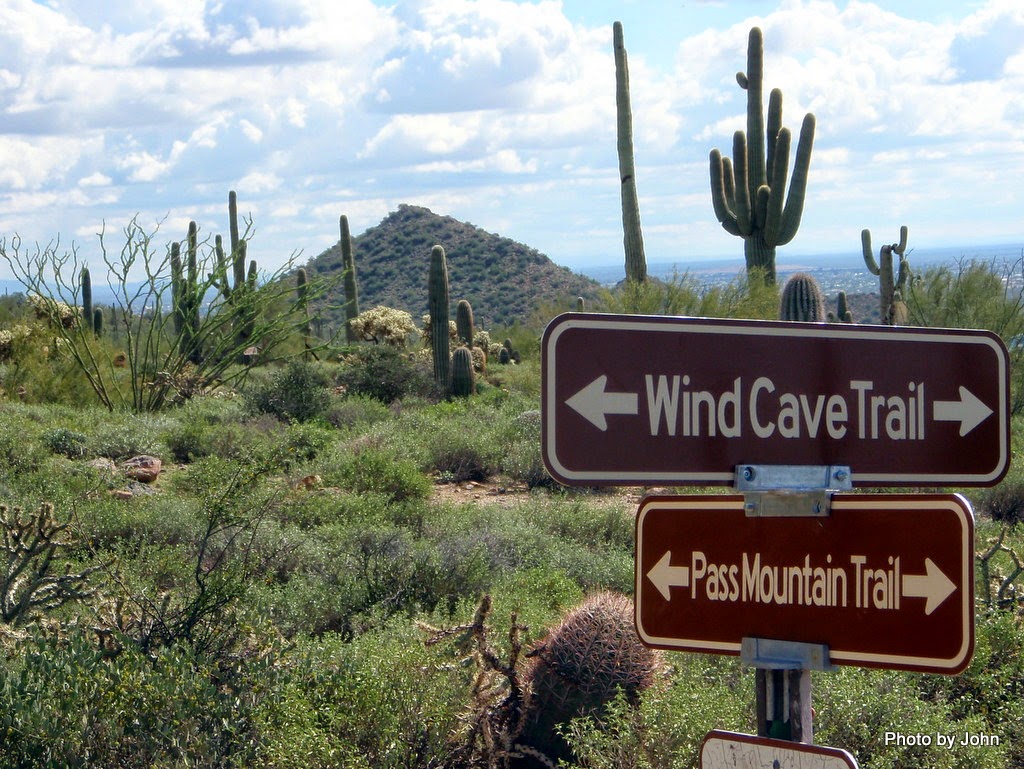 I bailed out on the hike when I got back to the Wind Cave trailhead instead of finishing the 2.4 miles around the south side of Pass Mountain back to the Meridian trailhead. I'd done a good portion of that mileage in off trail exploration already. BJ picked me up and shuttled me back to the truck where I was the only Arizona license plate in the parking lot.

I wanted to save some miles for our visit to the Good Sam Phoenix Rally where they'll have bunches and bunches of RV's to tour.
Posted by Just Finding Our Way at 2:30 PM