I tried to count the number of fiberglass trailers after I took the Friday afternoon picture, but more kept arriving and they wouldn't hold still. 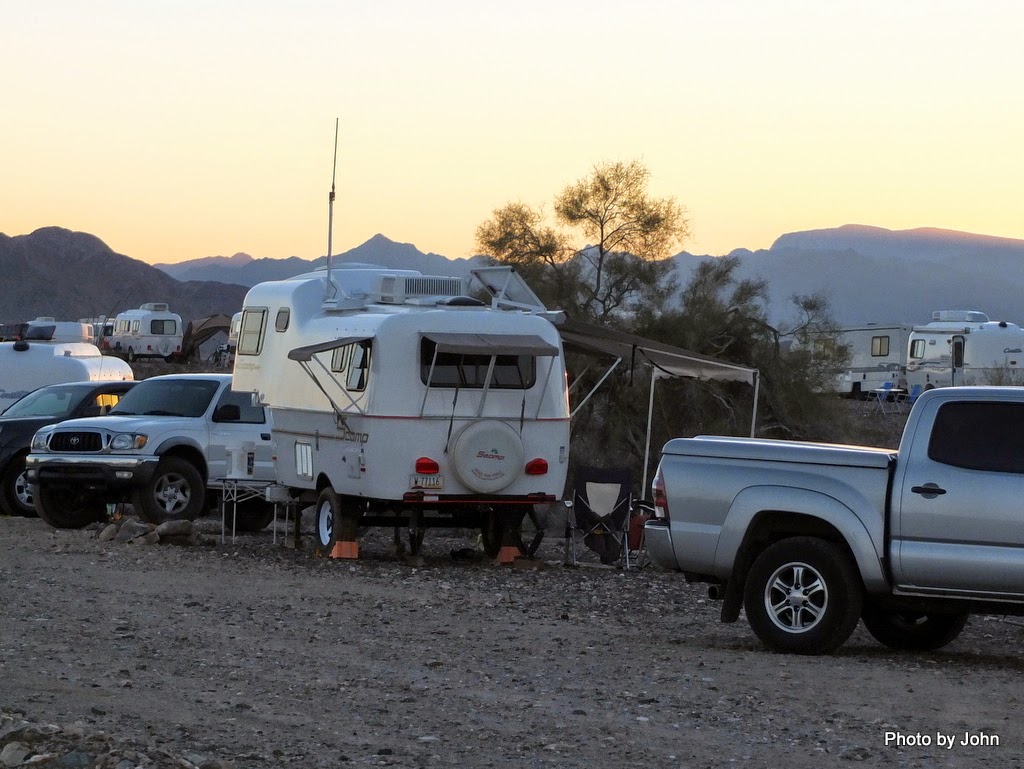 Saturday morning found 14 trailers in the area that had been home to four earlier in the week. 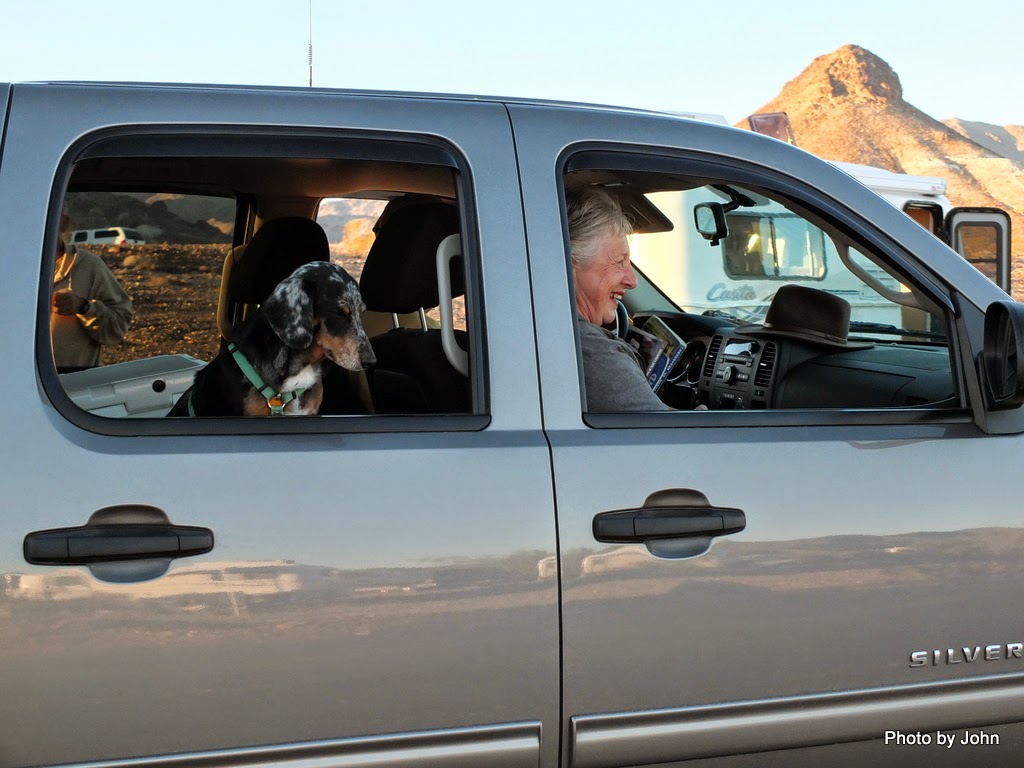 A bunch of us said goodbye to Jerry, Wanda, and Sally 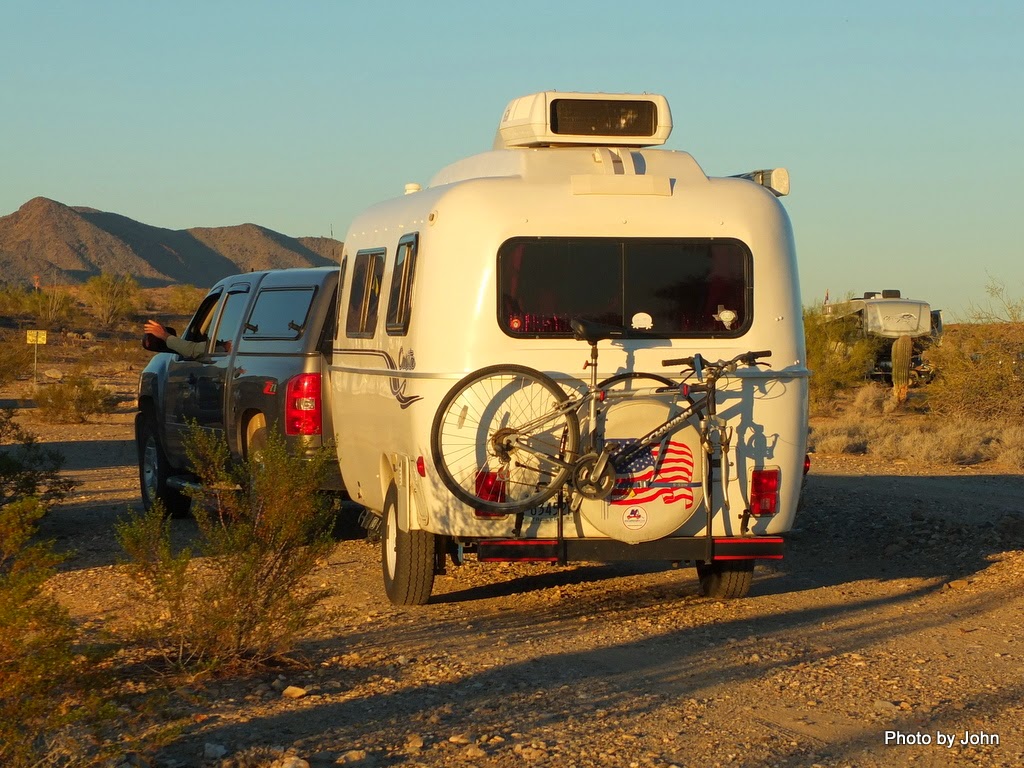 as they pulled out Saturday morning, headed for home. 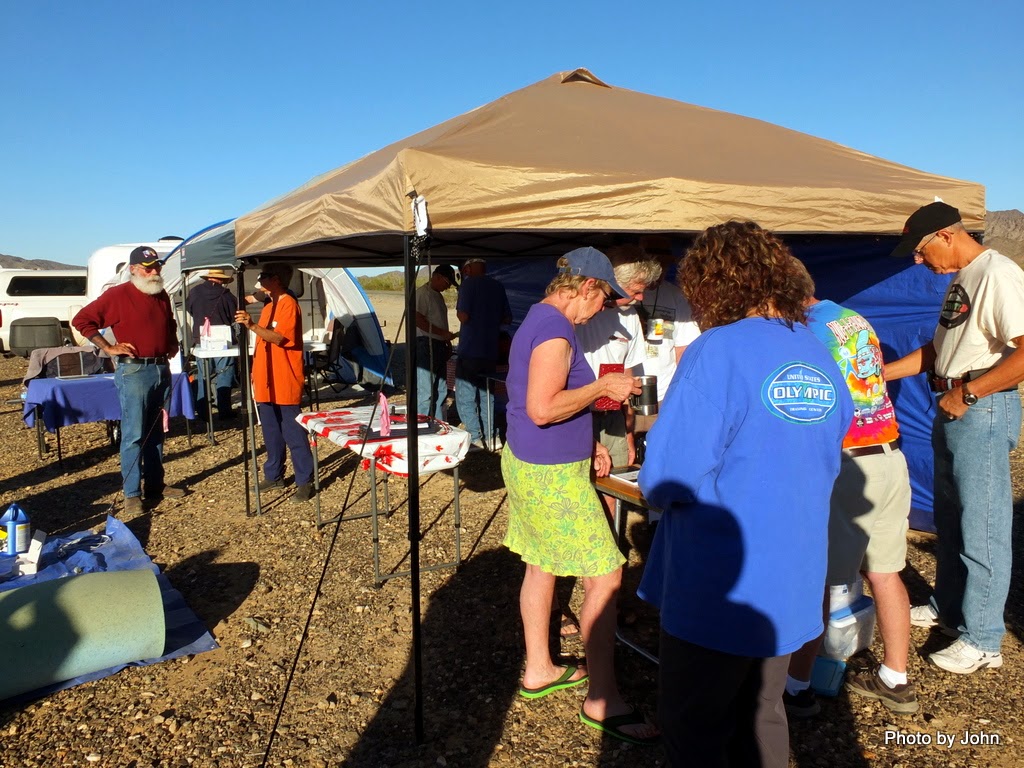 At 9 o'clock the swap meet opened for business 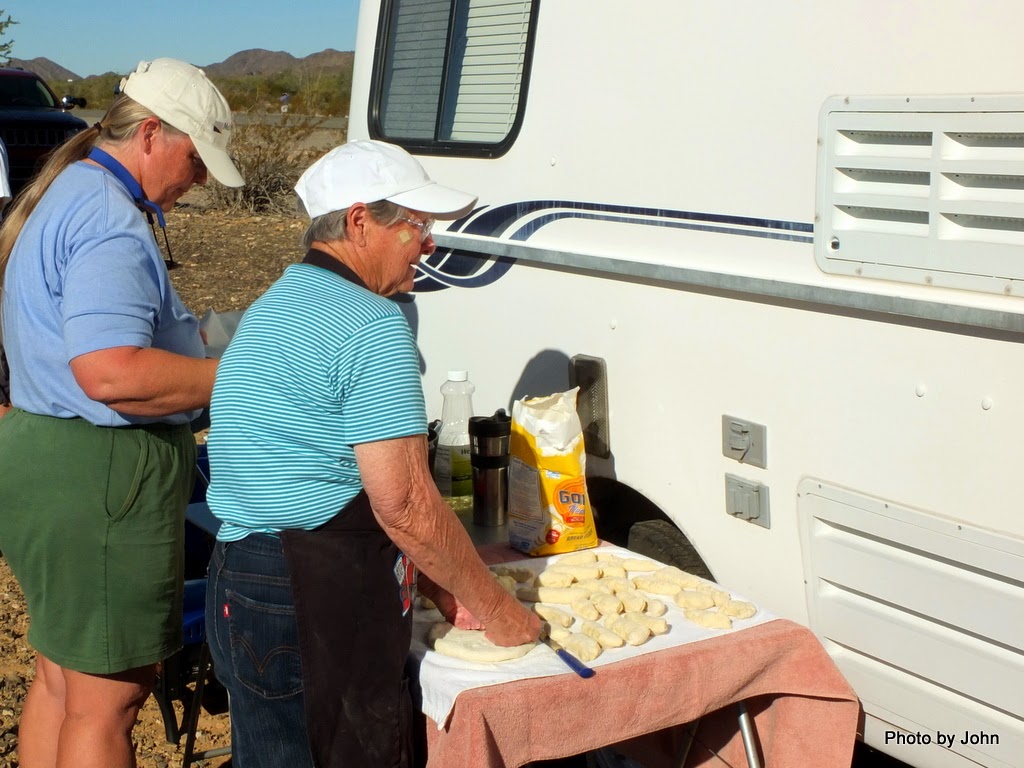 and not much later, Betty and Catherine were frying up 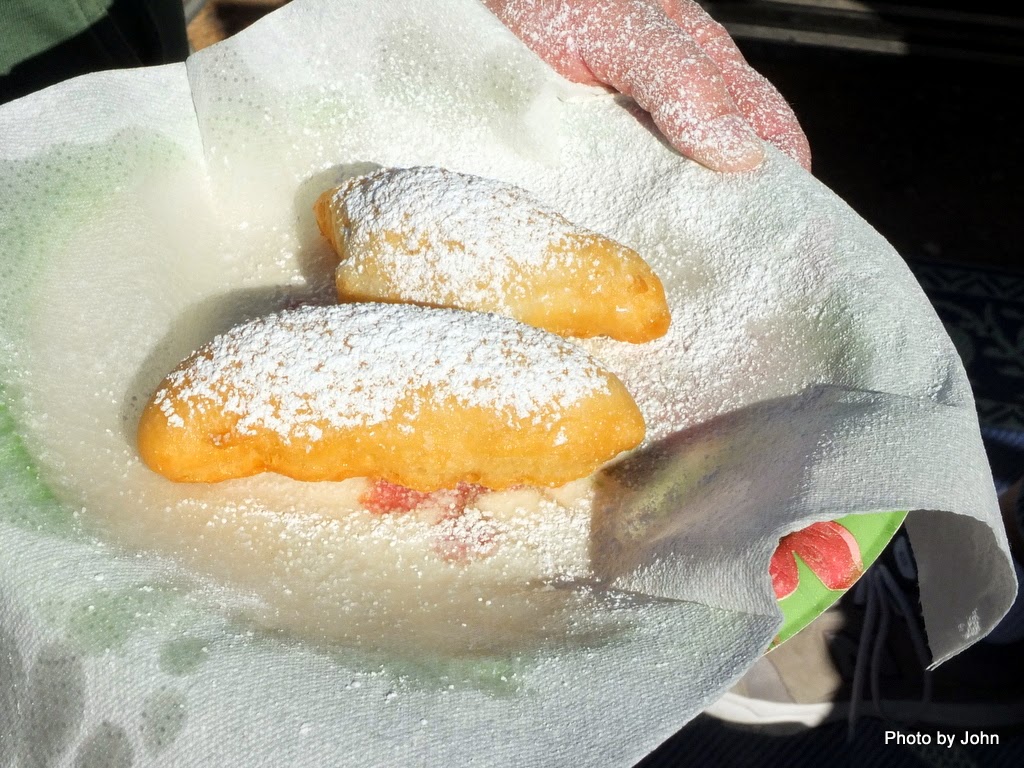 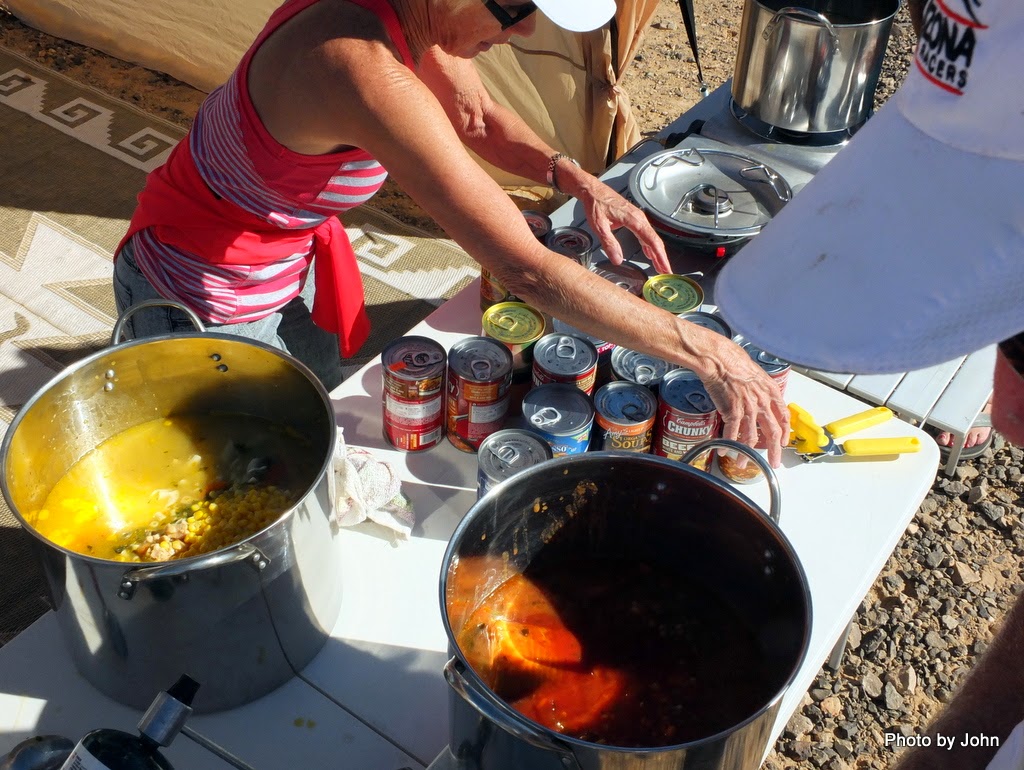 Before they were done, another group of volunteers were sorting the soup cans by type, and filling three stock pots full of soap to heat. 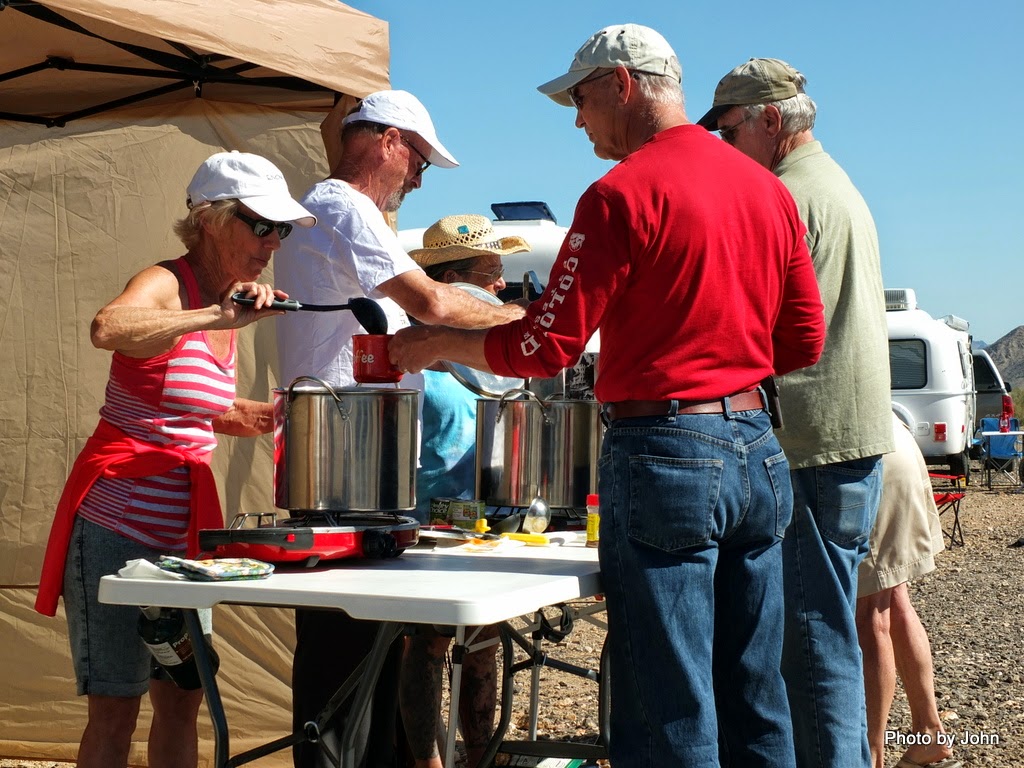 I never heard them say the soup was ready - the line seemed to form automatically. 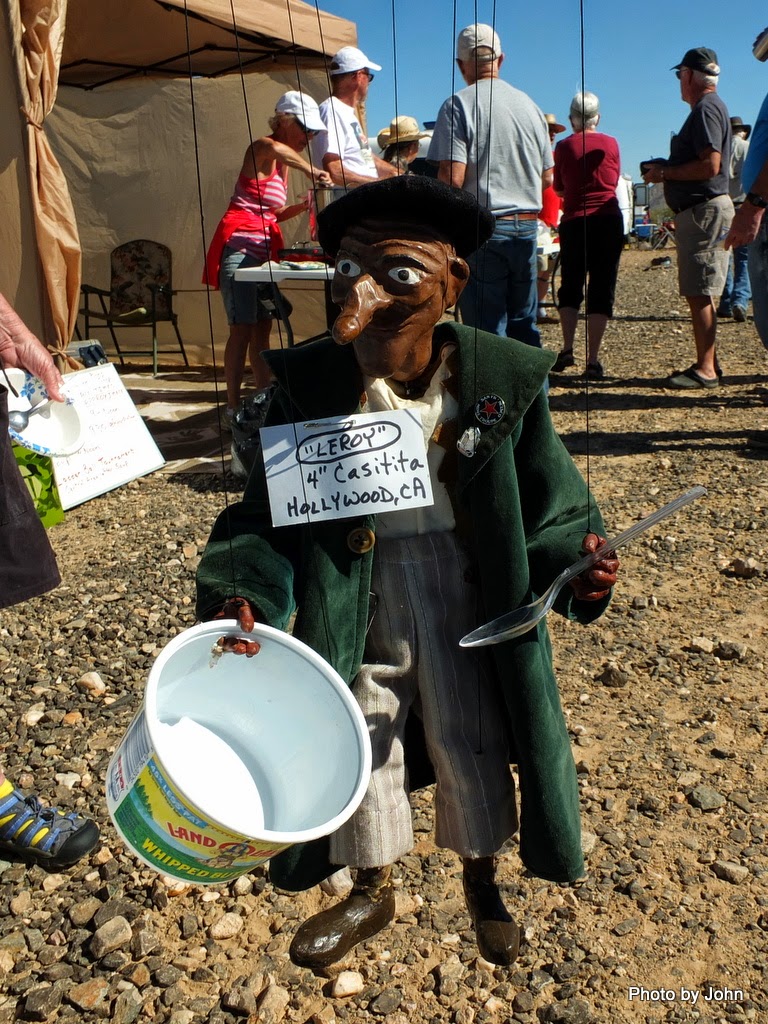 Leroy, who claimed to have a 4" Casita that I never saw, came around asking about which soup was best. 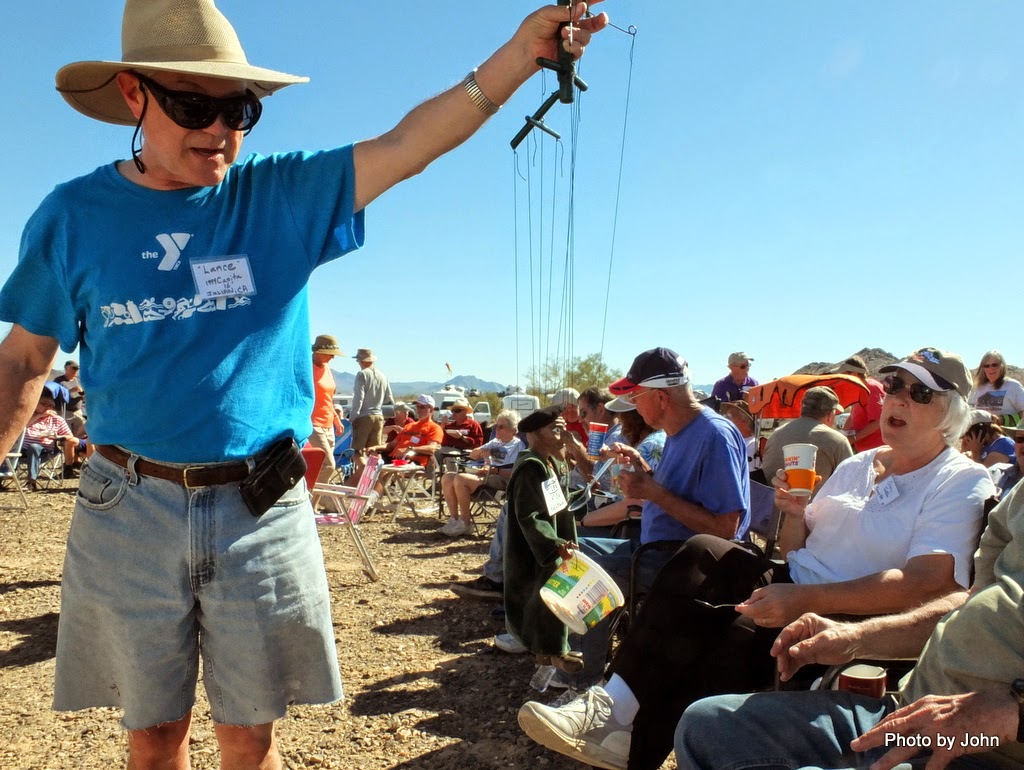 Funny, I never saw Leroy without his handler, Lance. Lance's Casita was definitely longer than 4 inches. 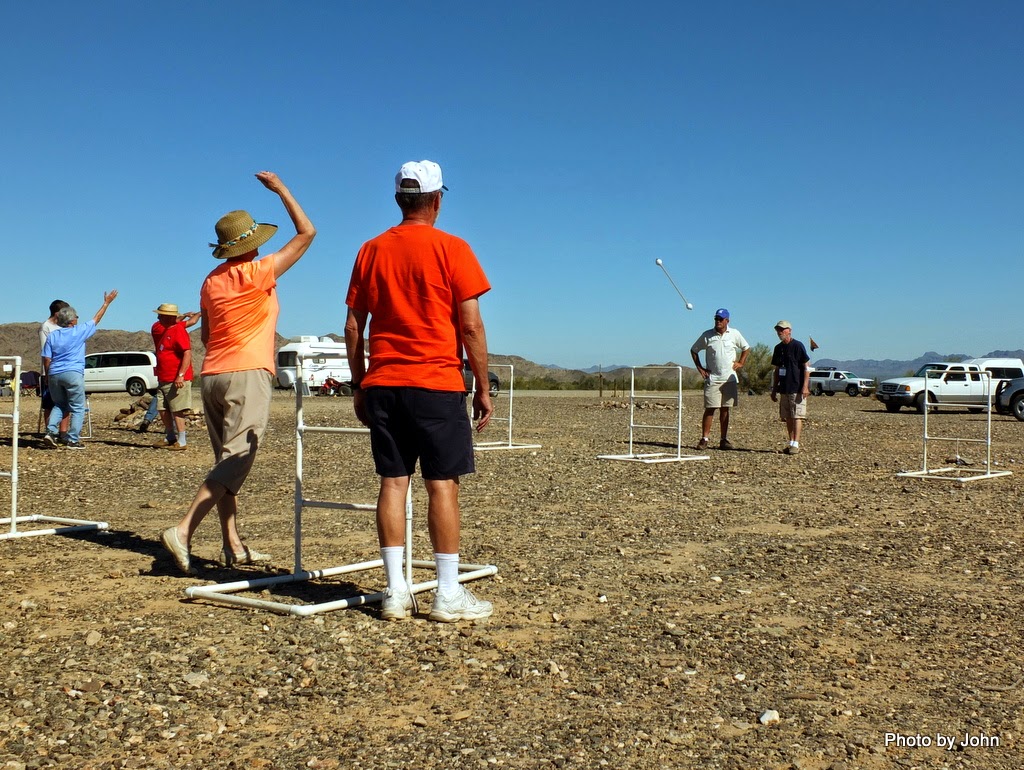 There were 17 teams entered in the ladderball tournament this year, and a few people could actually play it fairly well. 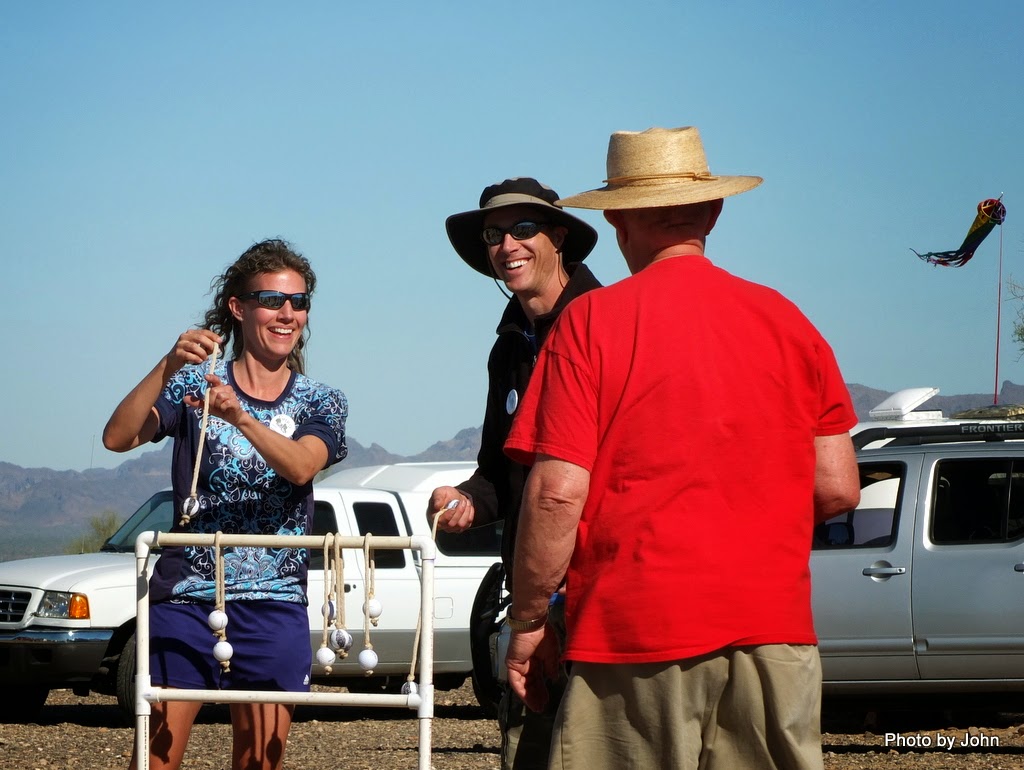 Cathy and Eric trounced BJ and I in the second round on their way to winning the 2nd Annual ladderball tournament. 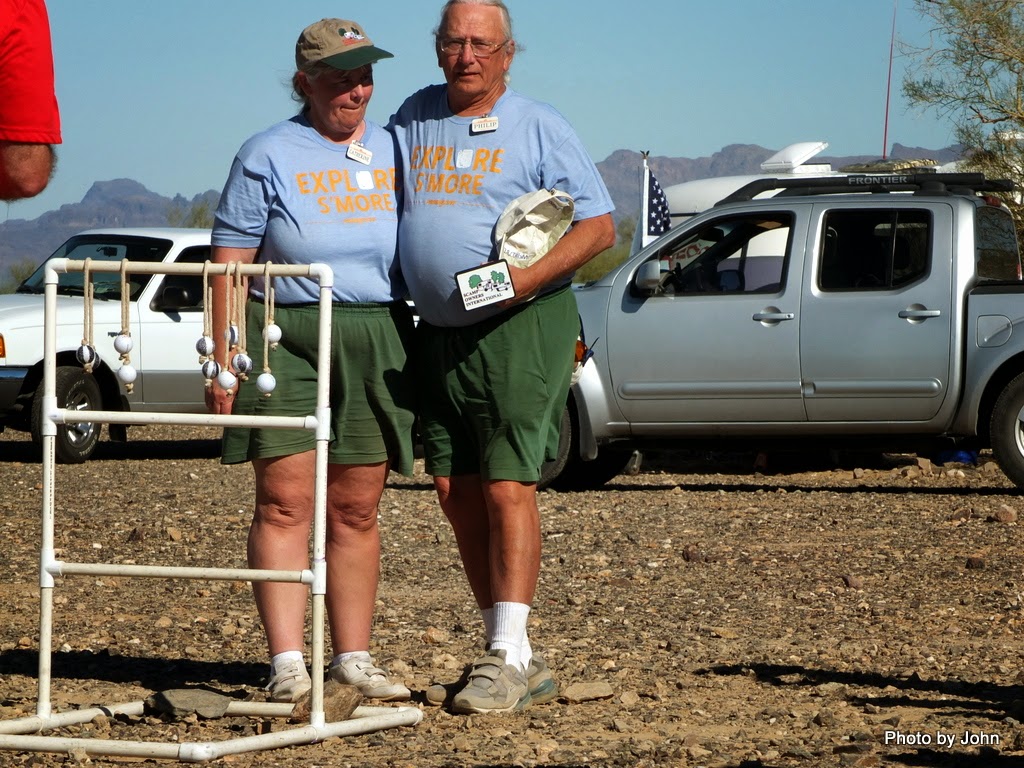 Phil and Catherine were especially pleased to be on the ladderball tournament podium, taking third place and winning a Scamp Owners International hitch receiver plug. It will look good on their truck while towing their BigFoot trailer.

It was reported that 102 rigs attended the Gathering this year. We certainly enjoyed it and I think everyone else would say the same. A big thanks to George & Betty and their faithful volunteers who make it all happen.