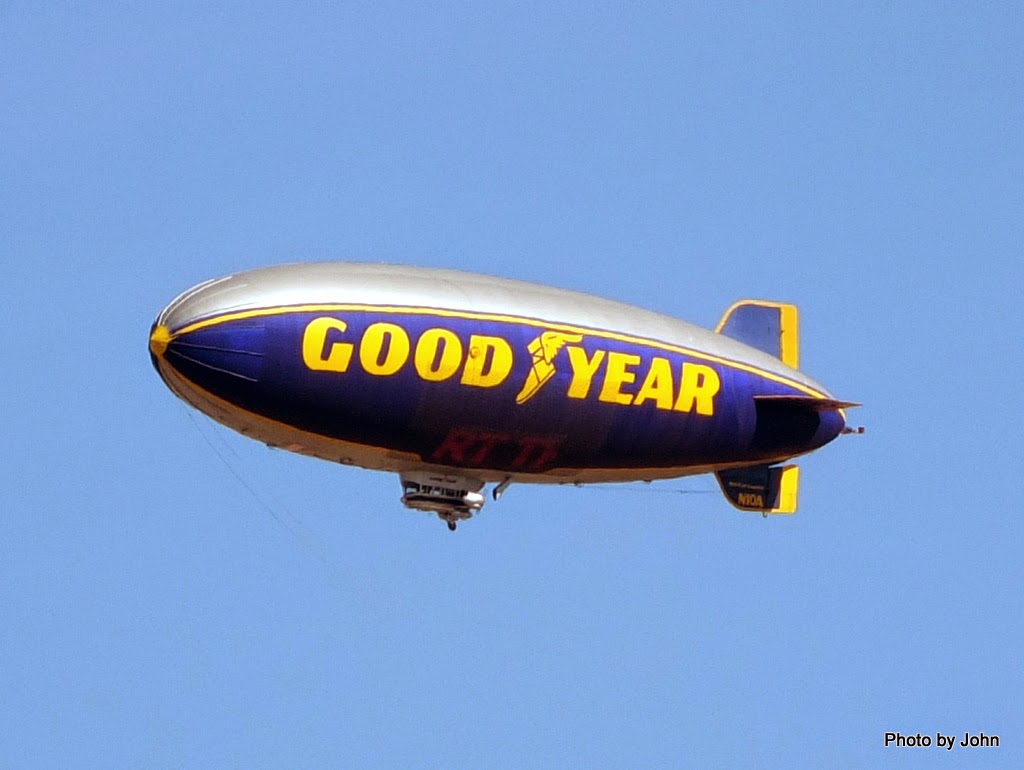 I'd toyed with coming to Q on Sunday afternoon but there was something about a big game and lots of traffic on the west side of Phoenix that made us reconsider. Lots of game traffic westbound on Monday. We were faster than one of them... 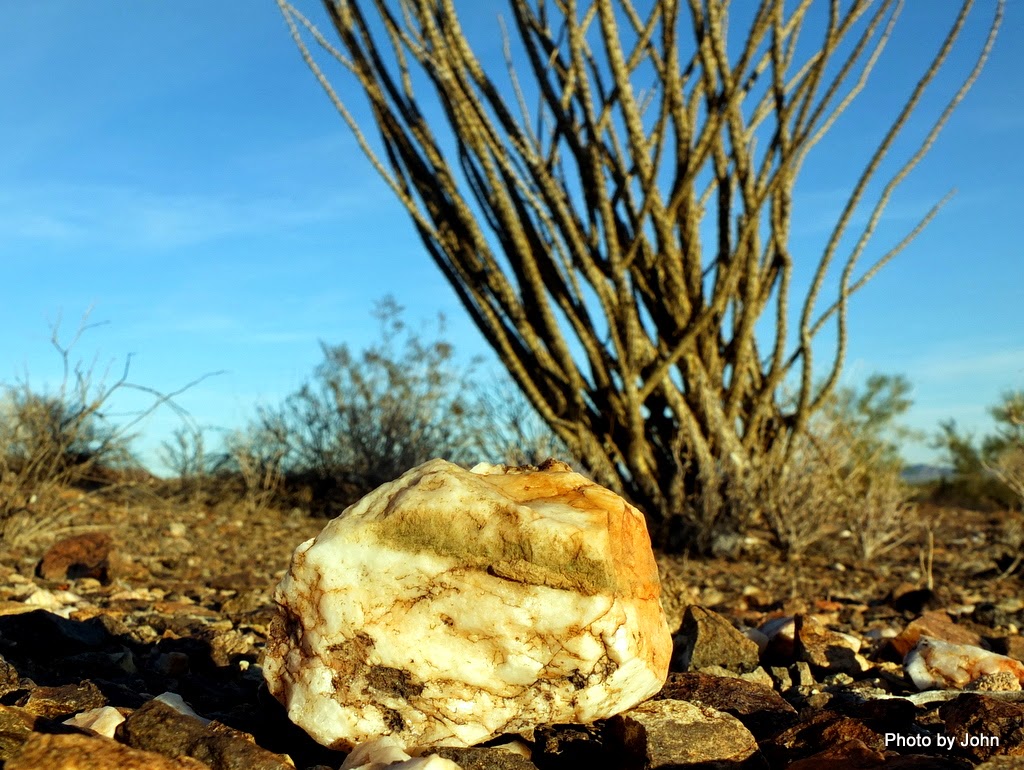 Even though I was here for a few days a couple weeks ago, it's always good to be back in quirky Quartzsite - at least this time of year. 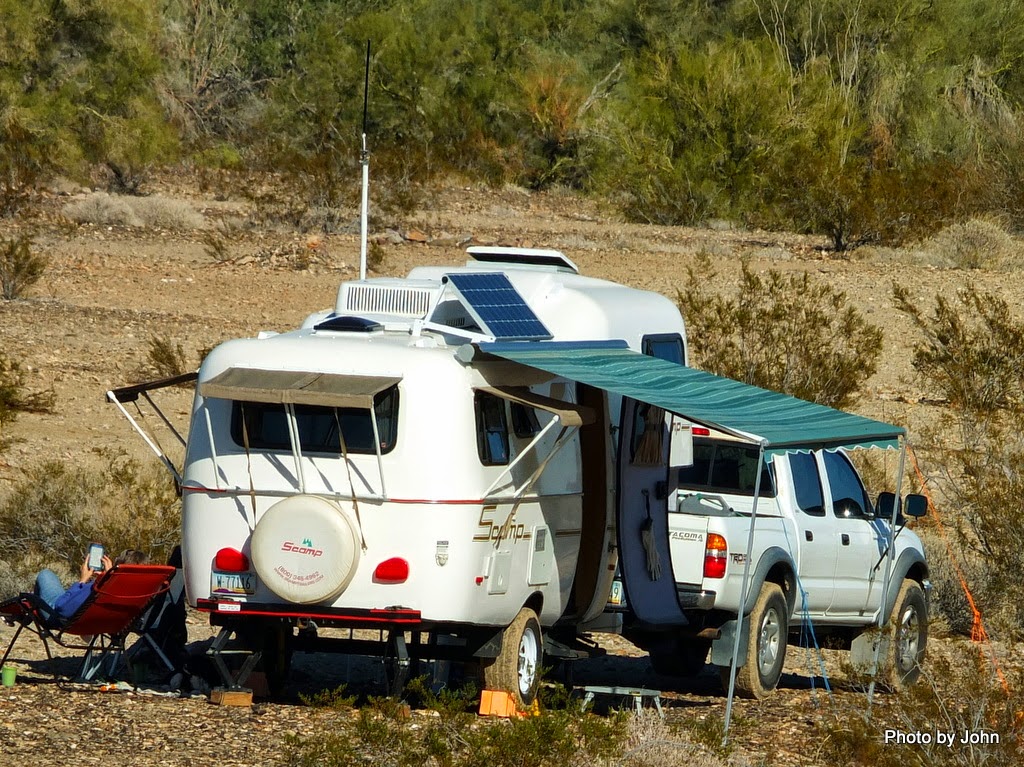 We settled in with our backs to the crowd so the solar would face the sun. Cell reception seemed poorer this year as compared to last. I'm getting a good workable signal with the antenna and Sleek amplifier, but essentially useless without. We brought along a bucket of lemonade supplies. While it's still very early, so far there hasn't been any interest.

This picture was shot about 3 p.m. on Monday and doesn't show all the rigs. There are three more huddled in with some large trailers about 200 yards west, and a couple others scattered up to 1/2 mile south. As usual, you can click on any picture to enlarge it. 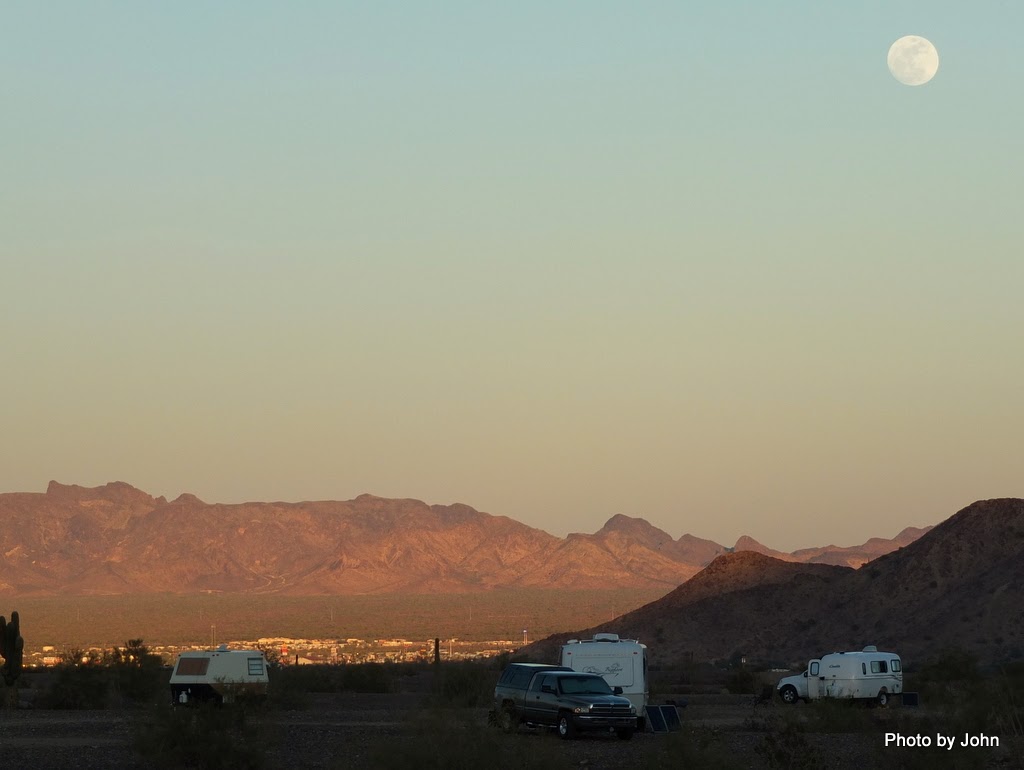 The moon rose, and the sun started to drift towards the horizon, putting a golden glow on the community of Quartzsite. Amazing what the right light (and some distance) will do to make a place look better. 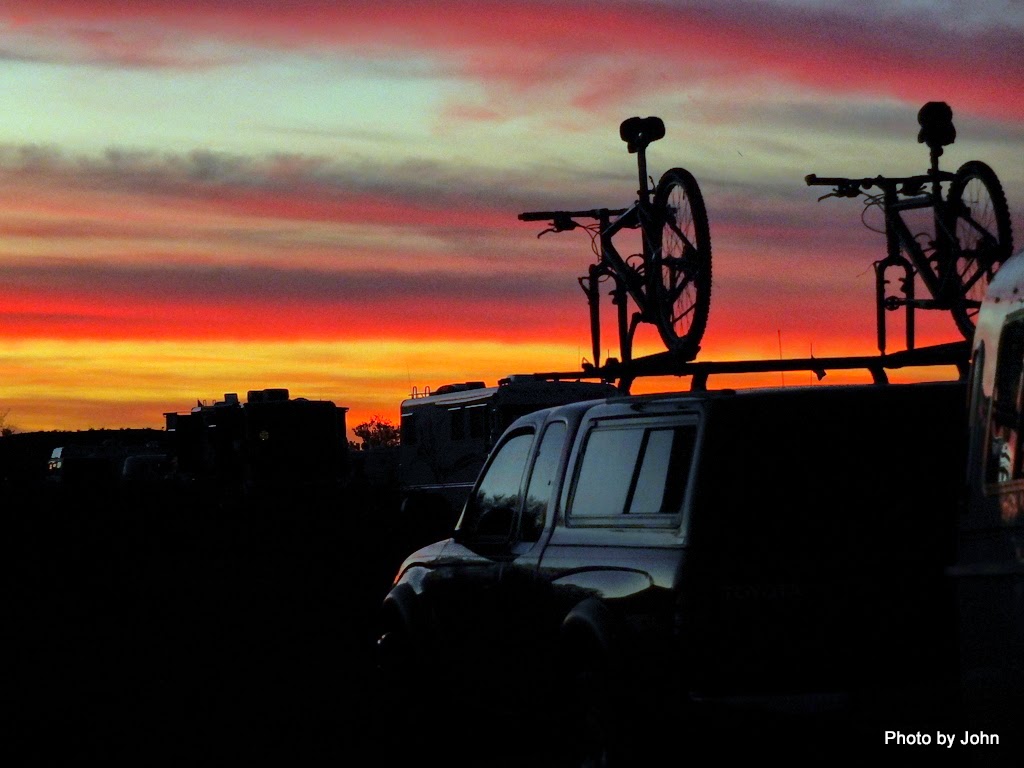 As usual, the sunsets have been beautiful! 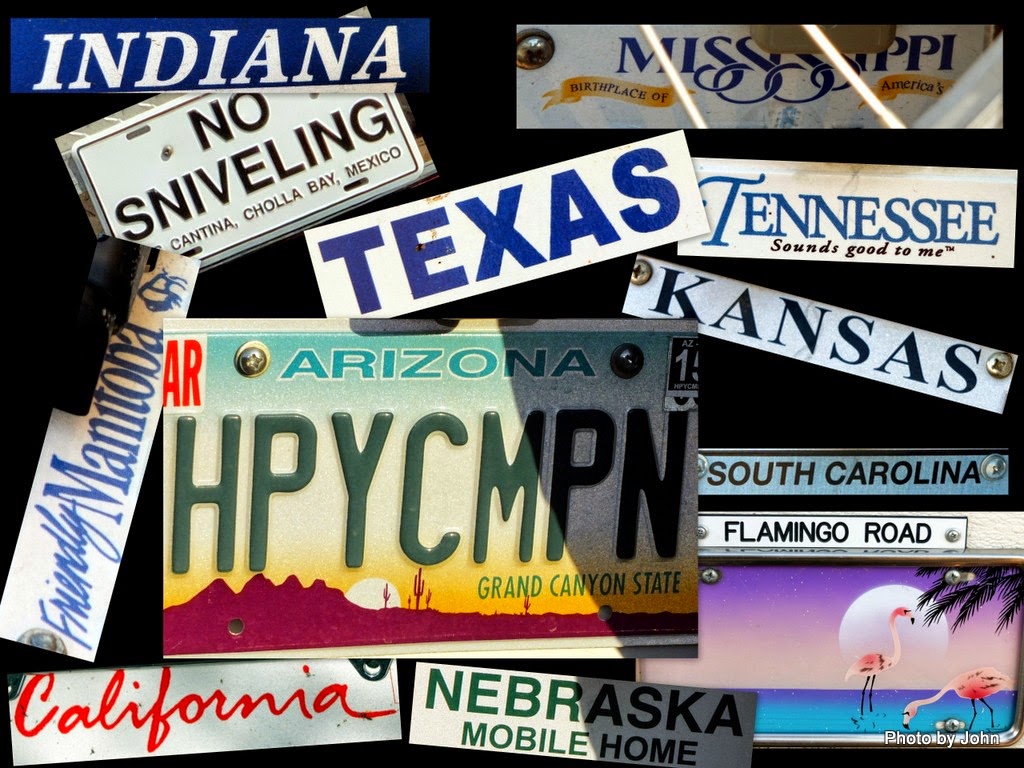 We went around yesterday when there were 23 units here to see what sort of diversity there was. Just about half of the people here now are from out of state. 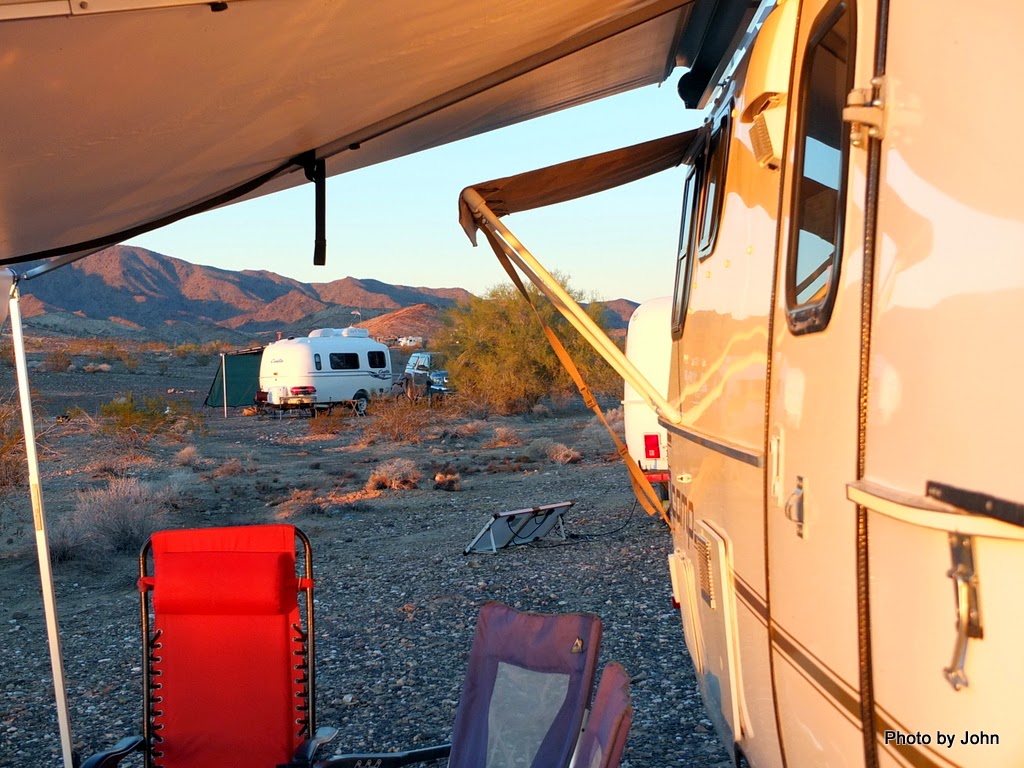 We're starting to develop a bit of "Blogger's Row" with Lynne & David from Casita in the Desert, Casita in the Mountains next to us and Jerry & Wanda from EggRollings just beyond them. After the picture, but before this post was published, Glenda & Jeff from Casita Escapes found a spot among us.

We're expecting the entourage of Casitas from Buckskin State Park to arrive today so hopefully tomorrow's picture will have lots more rigs.
Posted by Just Finding Our Way at 2:30 PM