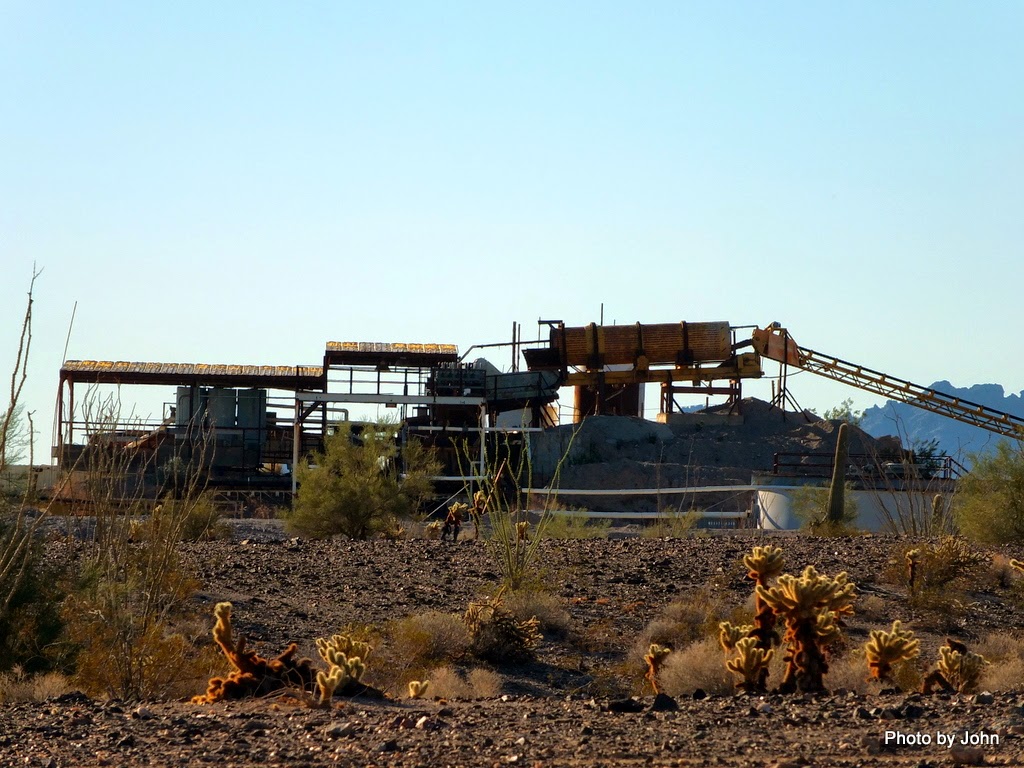 When I was staying at the Road Runner area, a couple weeks ago, I noticed a community in the desert almost southeast of Dome Rock. While we were in Q for the Fiberglass Gathering, we went looking.

The first thing we found was this relatively large mining operation. We wondered where they got their processing water. 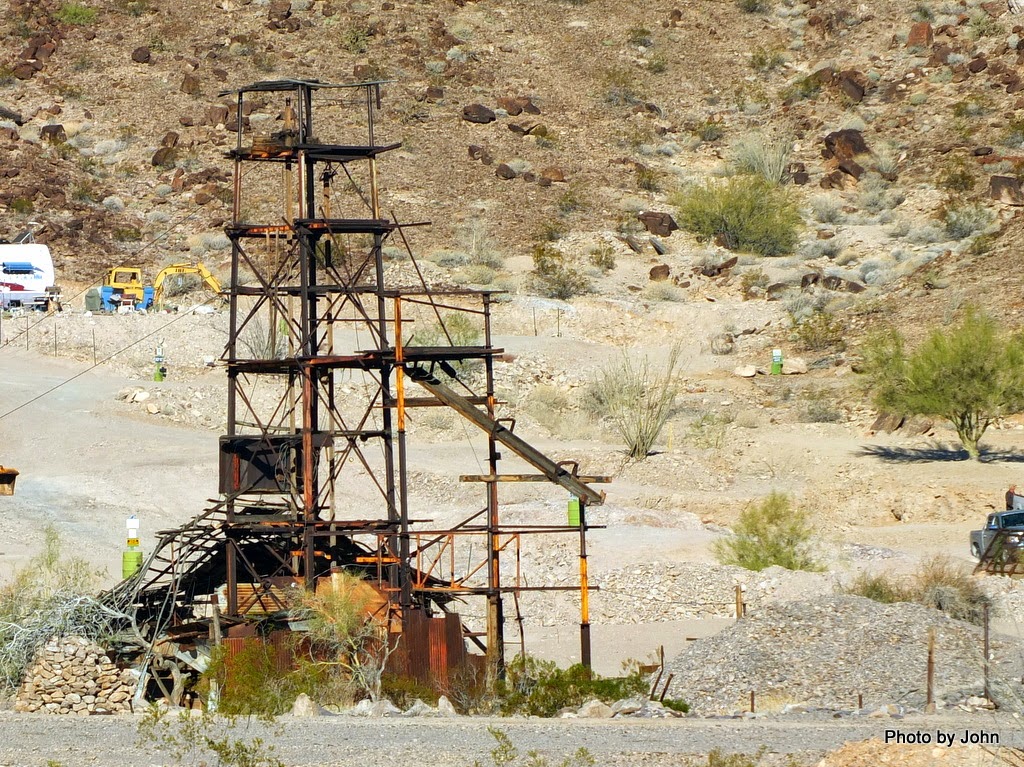 Across the road from the large operation was this much older headframe. Based on the newest trailer parked on the hill behind the mine, and a variety of small diggings, I assume someone is still trying to find gold. 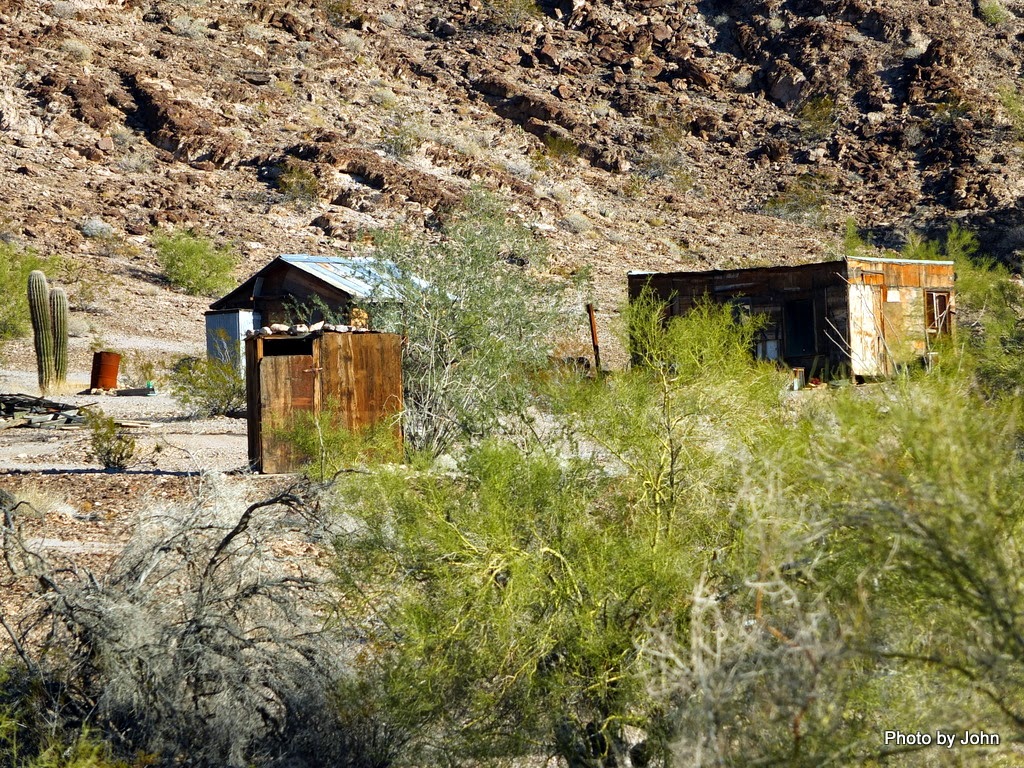 Around the corner a ways was another claim with a few structures. We followed the road to the end of the county portion and decided the private property signs at that point likely referred to looky-loos like us. 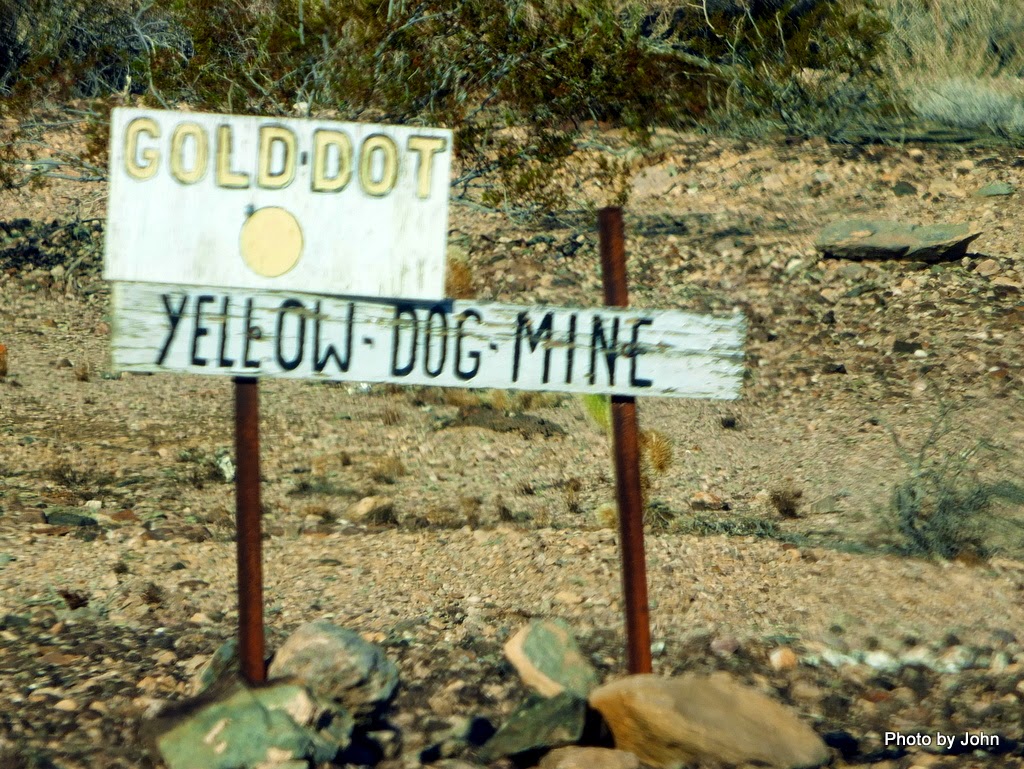 At least one of the mine names seemed to make it pretty clear what they were hoping to find. 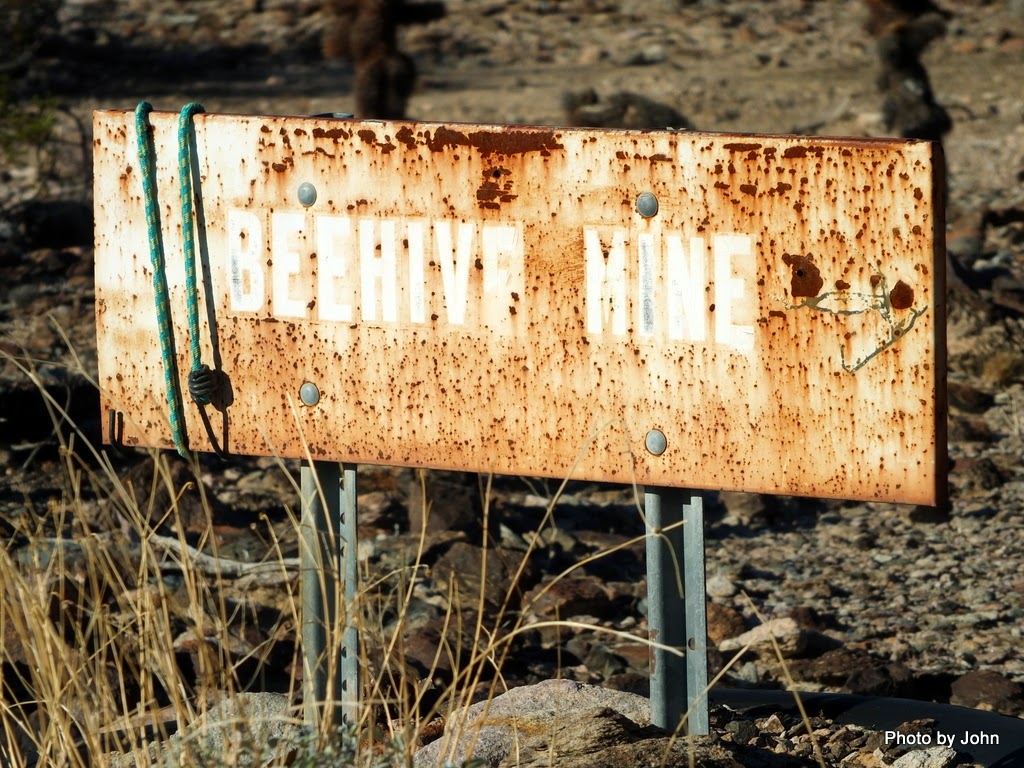 Other names, maybe not so much. On the other hand, perhaps it really was a honey business at the end of the trail. 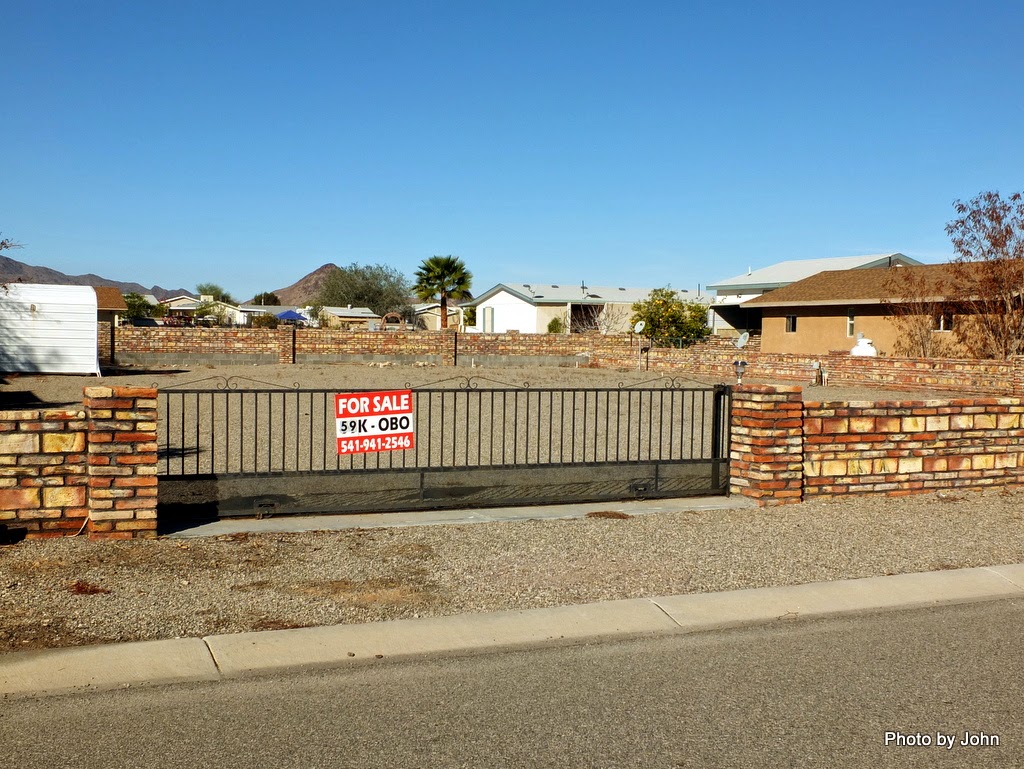 We finally found (it really wasn't difficult) Rainbow Acres. A community that seems to actually honor RVs. Some lots had a small dwelling, others just a shed and hookups for winter visitors. Based on the number of For Sale signs and the length of time on the market, I don't suppose there's a lot of gold to be found here. 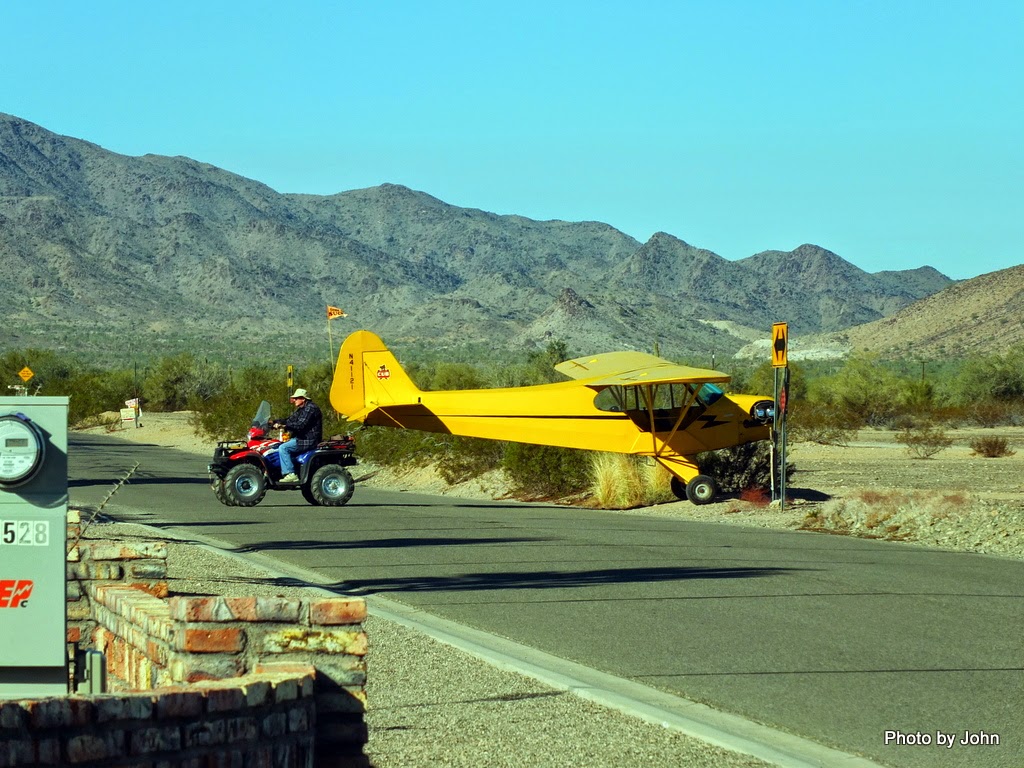 Getting closer, but the Piper Cub was yellow rather than gold. There's a few roads scratched in the desert on the north side of the community that get used for a couple light planes. This one gets towed down the street to a house/hangar. 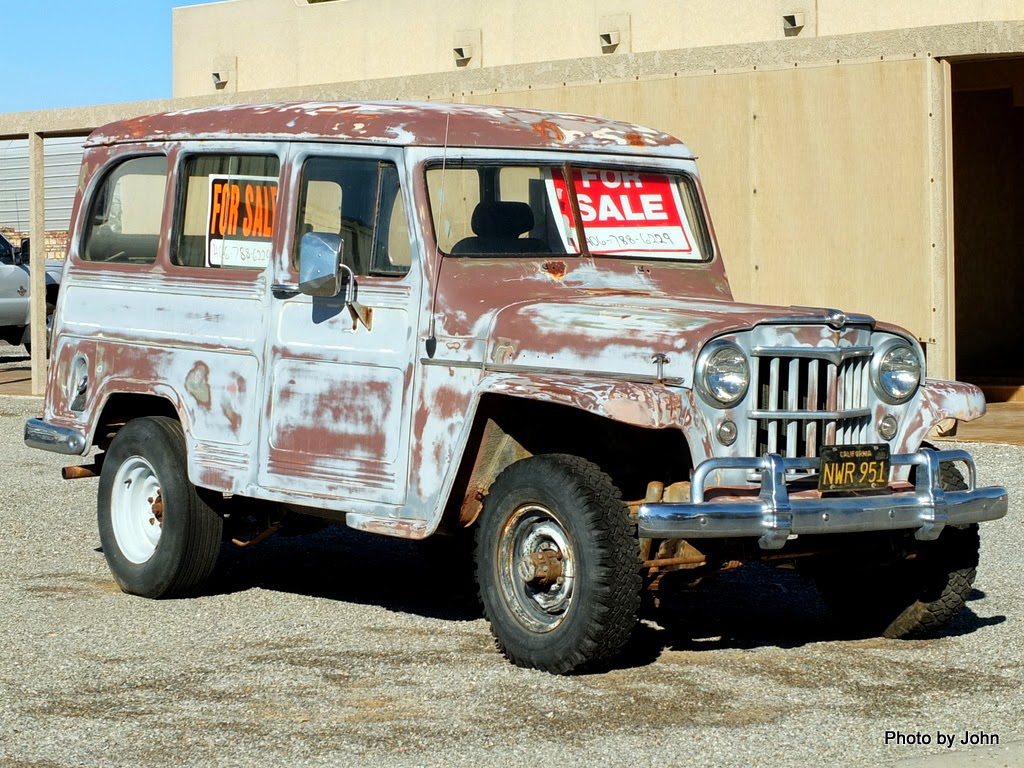 This is as close as we got to finding gold on this exploration. Willy's wagons are getting pretty rare, but I don't think this one qualifies as gold. It was fun looking, anyway.