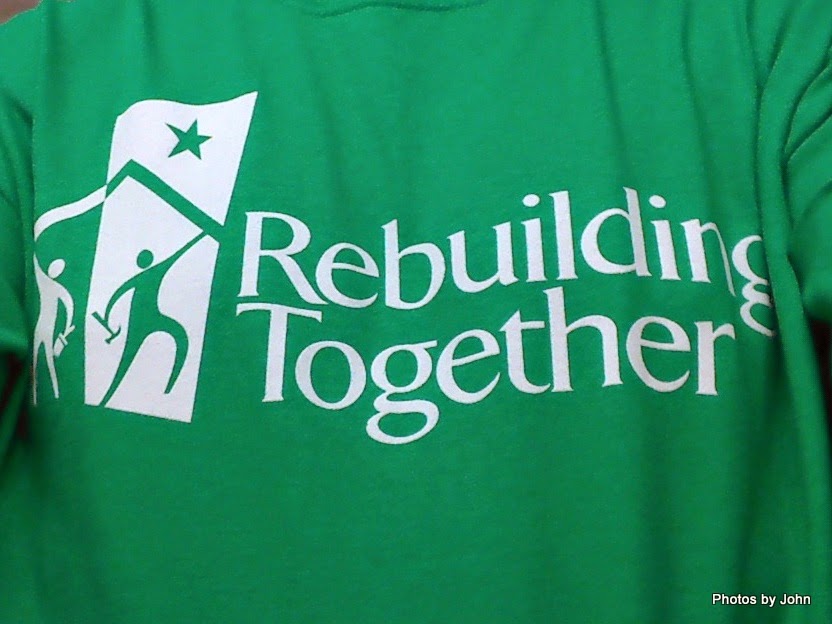 Since then, I've spent some time in the local affiliate's shop, building accessibility ramp modules and preparing for their next big project. 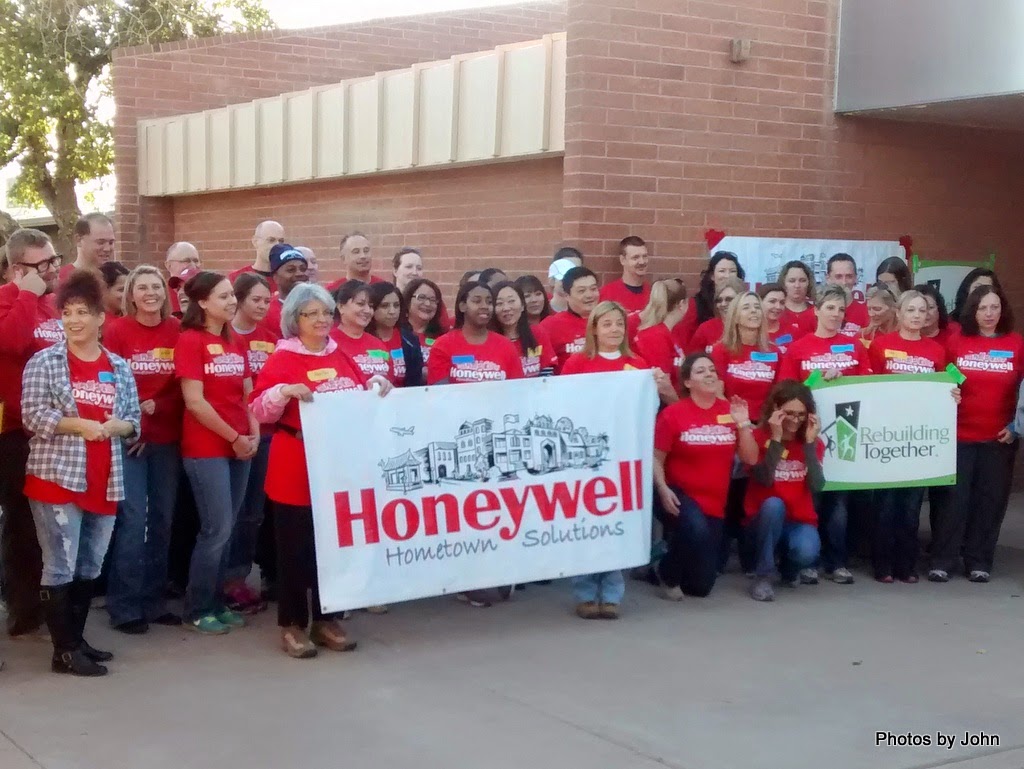 One of the strengths of Rebuilding Together is their ability to facilitate effective use of large teams of volunteers. Most recently, we facilitated the efforts of over 50 volunteers from the HR department at Honeywell. 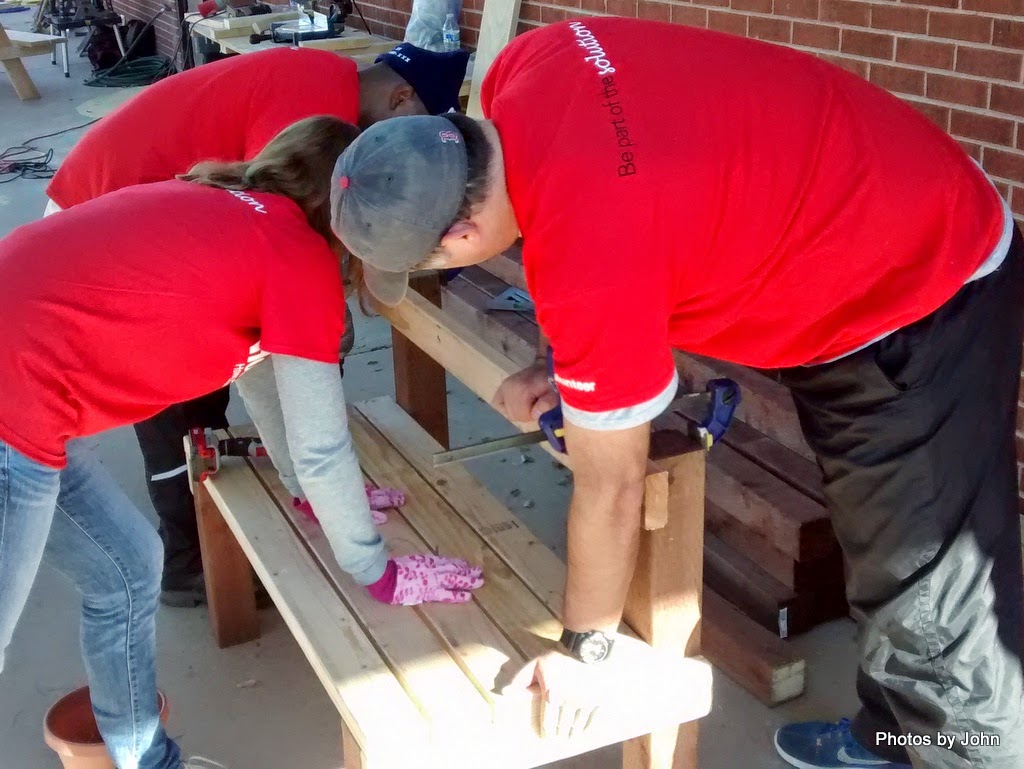 My team was tasked with building some benches to be scattered about the campus of Unlimited Potential. I was concerned about safety and made sure people knew safety issues with the tools they were using. Turns out, I should have started with things like "righty-tighty, lefty-loosey" and "make sure the driver is fully engaged in the screw head before pulling the trigger." 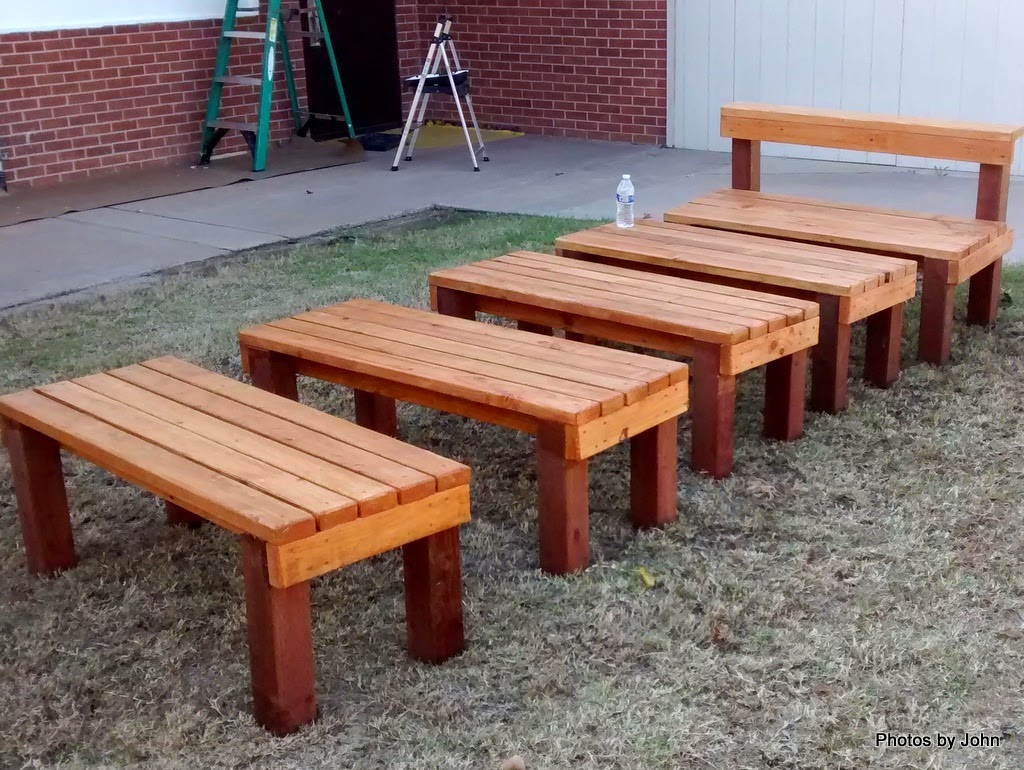 That said, the team members were quick learners and very effective team players. It wasn't long before the project manager was looking to "borrow" some of my team to support other projects on campus. 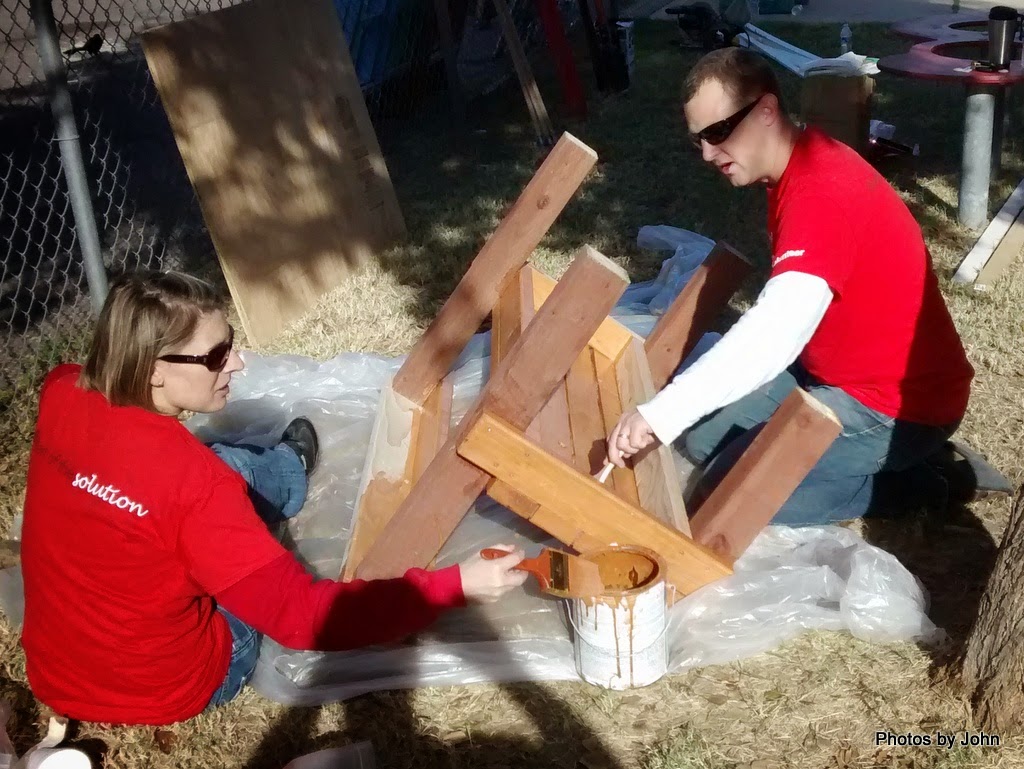 By the time the sixth bench was being stained, other team members were 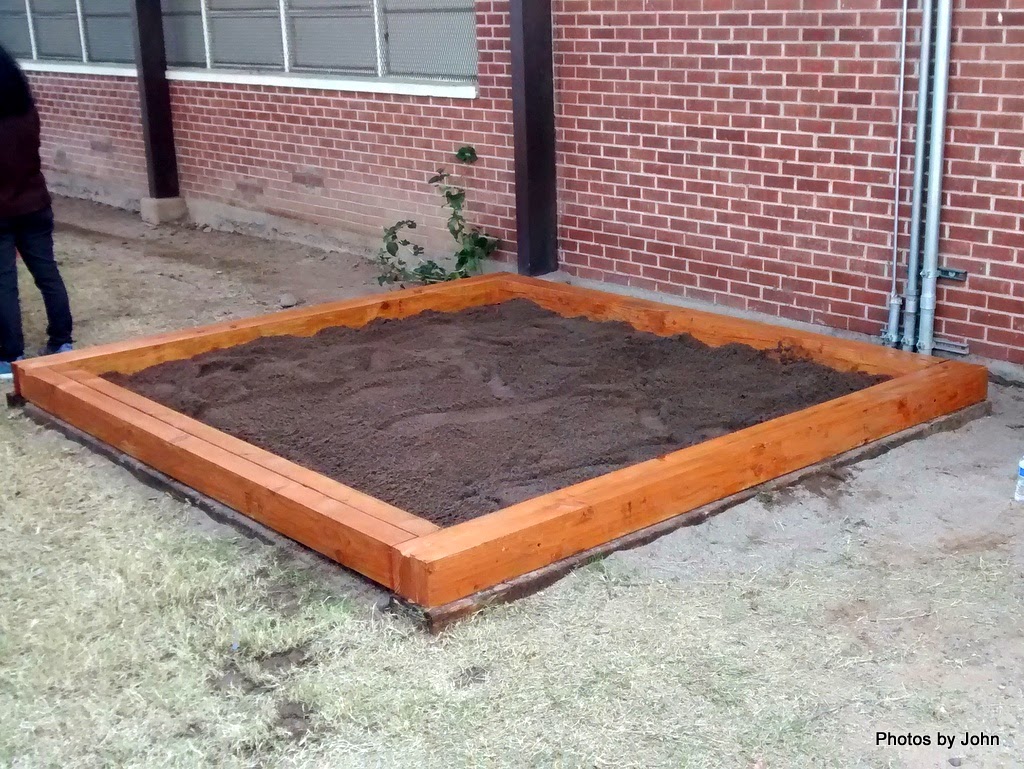 completing a raised rim and refilling of the existing sandbox while others were staining some newly assembled picnic tables. 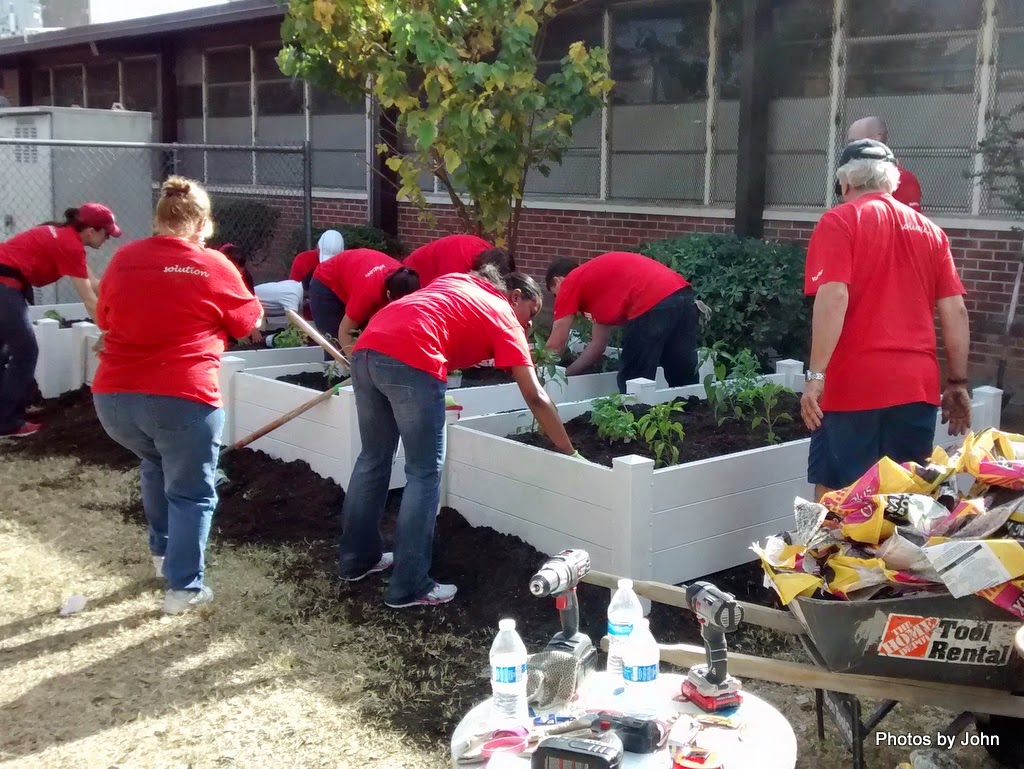 Other teams installed raised planting beds, complete with tomatoes, basil, and something else that I forgot.

Other teams did some painting around the former grade school campus. 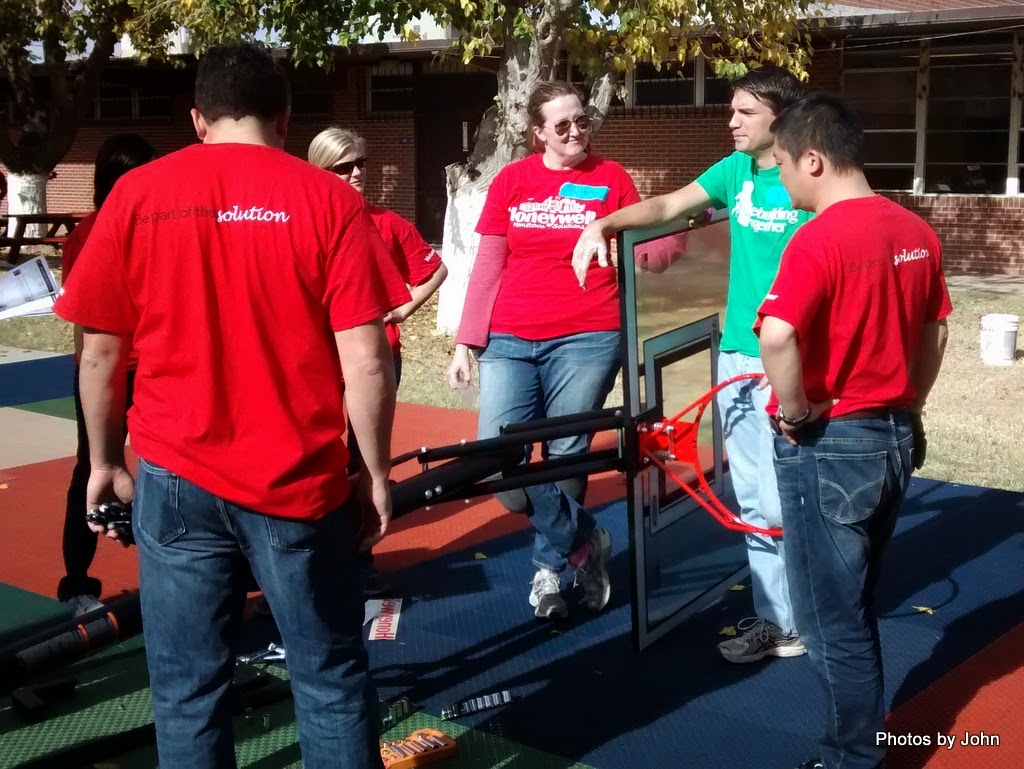 Another team installed matting on a small sports court and assembled a new basketball standard. 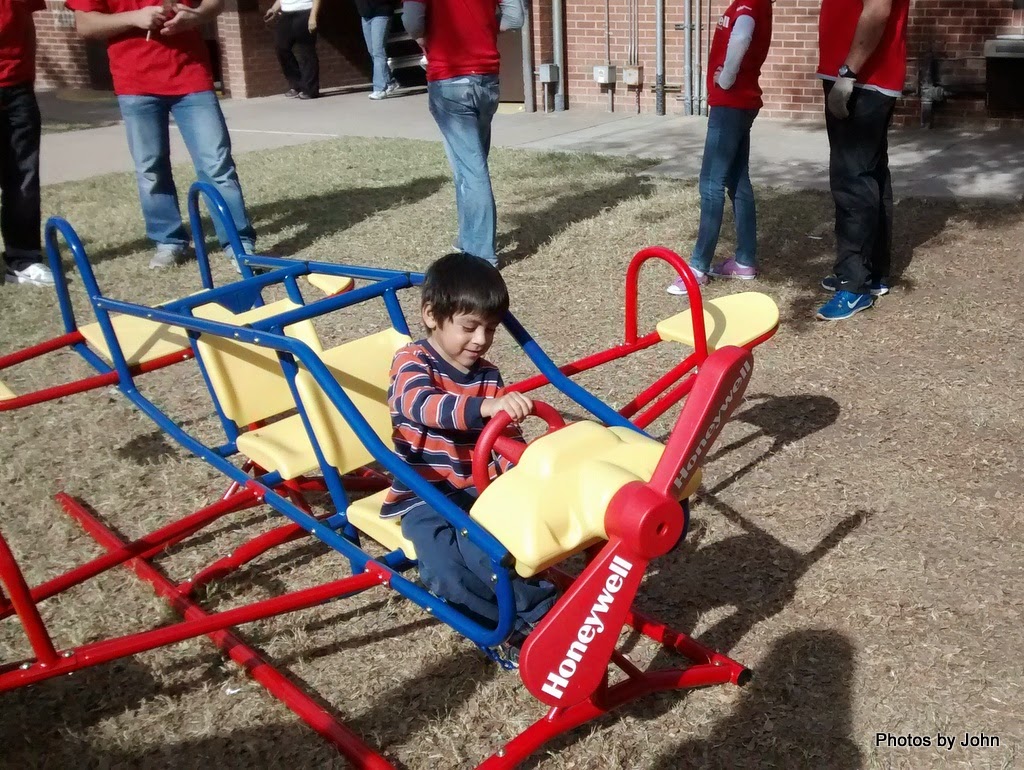 The airplane teeter-totter was a big hit, but only one kid was willing to try it while we were all standing around watching.

There were lots of other small projects also completed that day, all of which will help Unlimited Potential to better serve their clients.

Meanwhile, I'm totally enjoying a chance to use some skills to help others.
Posted by Just Finding Our Way at 2:30 PM