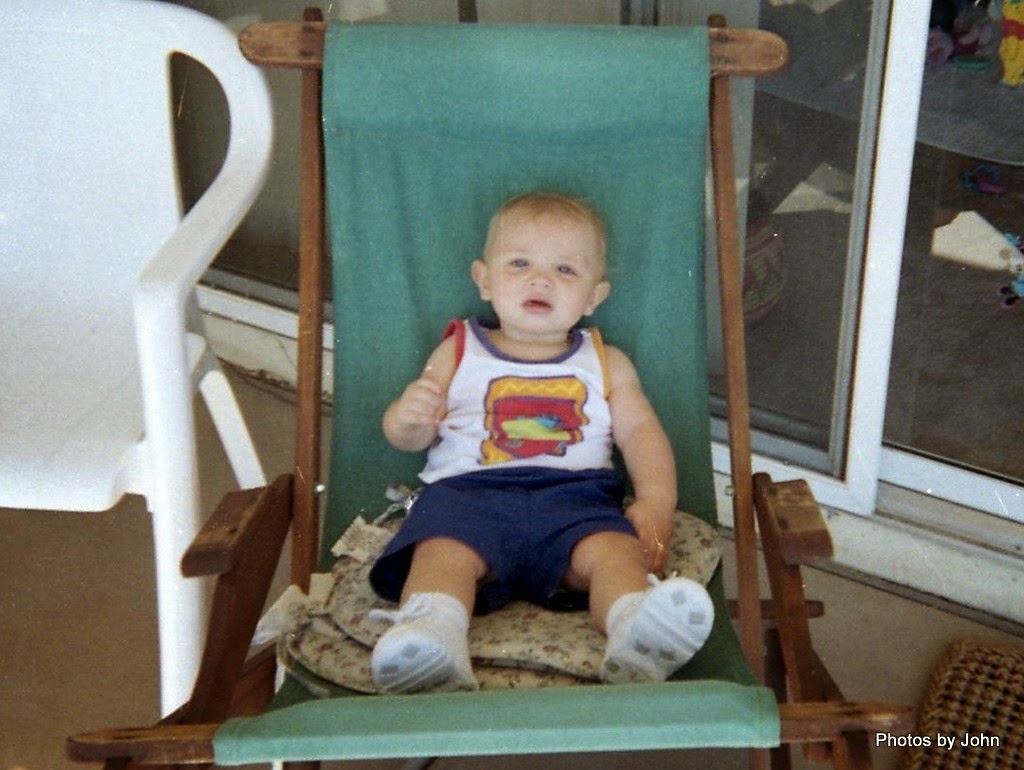 Once upon a time that doesn't seem so long ago, BJ wanted an excuse (as if she needed one) to be a stay-at-home Mom of grown kids. She made a deal with an expectant co-worker and left her job pampering pets to care for this young fellow while his Mom worked. For a while, it was almost as if he'd become our third child. 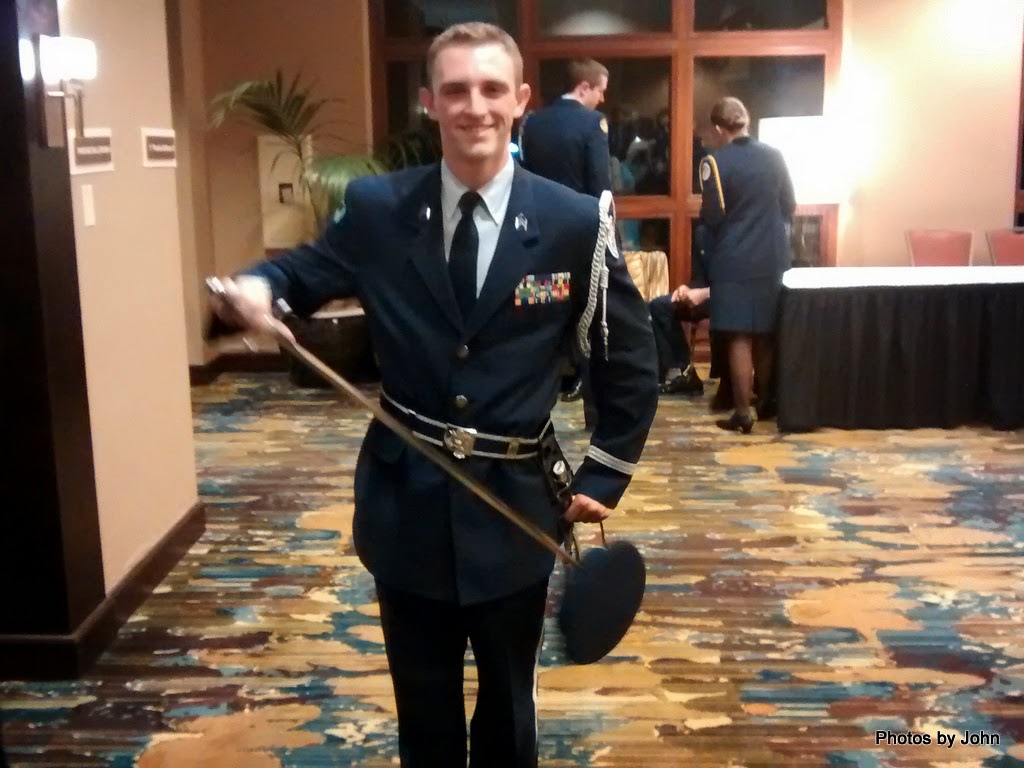 Once he started school we didn't see as much of him except at birthdays and hockey, soccer, or lacrosse games. He has been actively involved in his High School Junior ROTC program. We had the opportunity to attend his senior year "Dining Out" and awards ceremony a couple weeks ago. 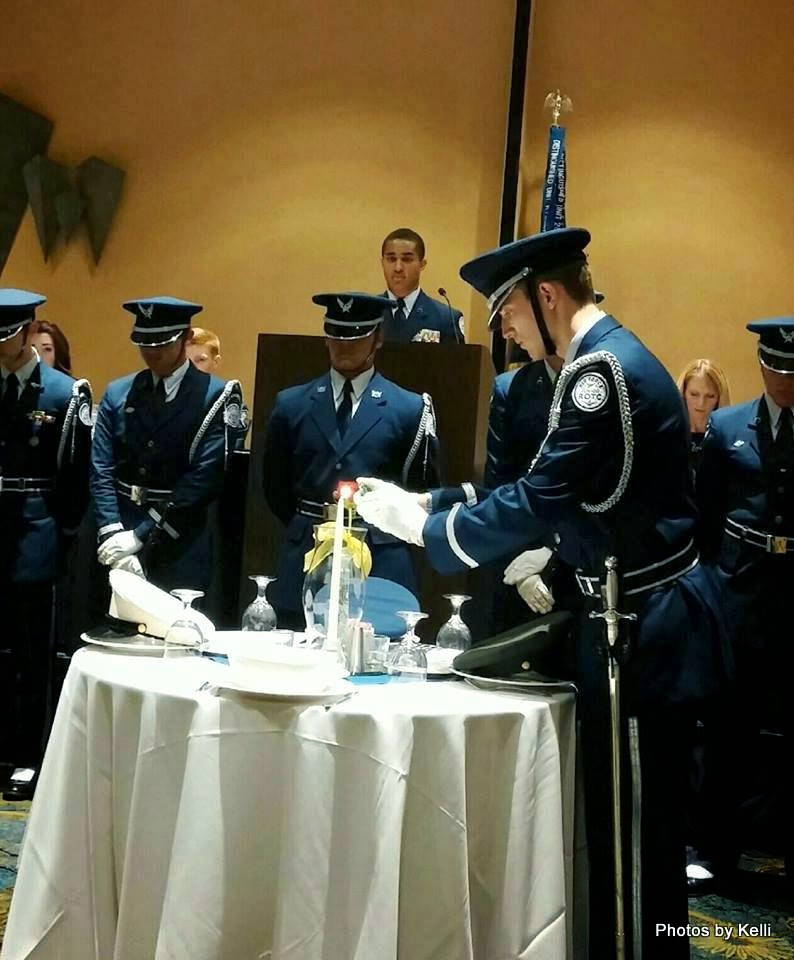 He has dreamed for years of serving in the military after he finishes High School. The minute he was old enough, he was in discussions with the Air Force recruiter regarding a deferred enlistment, but in spite of his excellent grades and accomplishments, the Air Force turned him down because of his eyesight.

This young man was selected to serve as Commander of the Honor Guard for the MIA/POW ceremony - a very moving and integral part of the Dining Out experience. 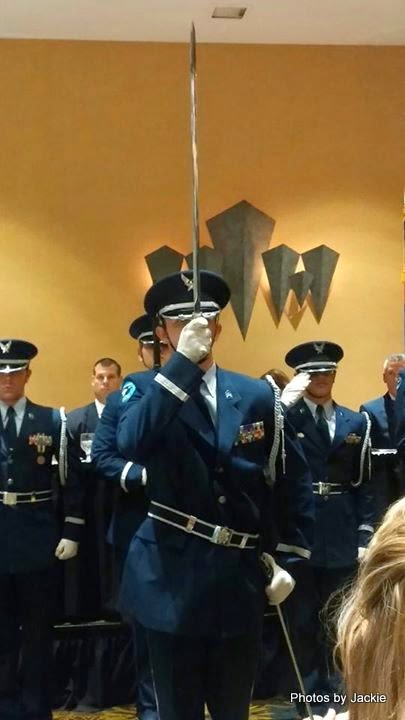 With the Air Force turning him down, he headed to the Navy recruiter for a similar discussion: enlist now , and start basic after his High School graduation in June. The Navy looked at a highly qualified recruit and also turned him down based on his eyesight. 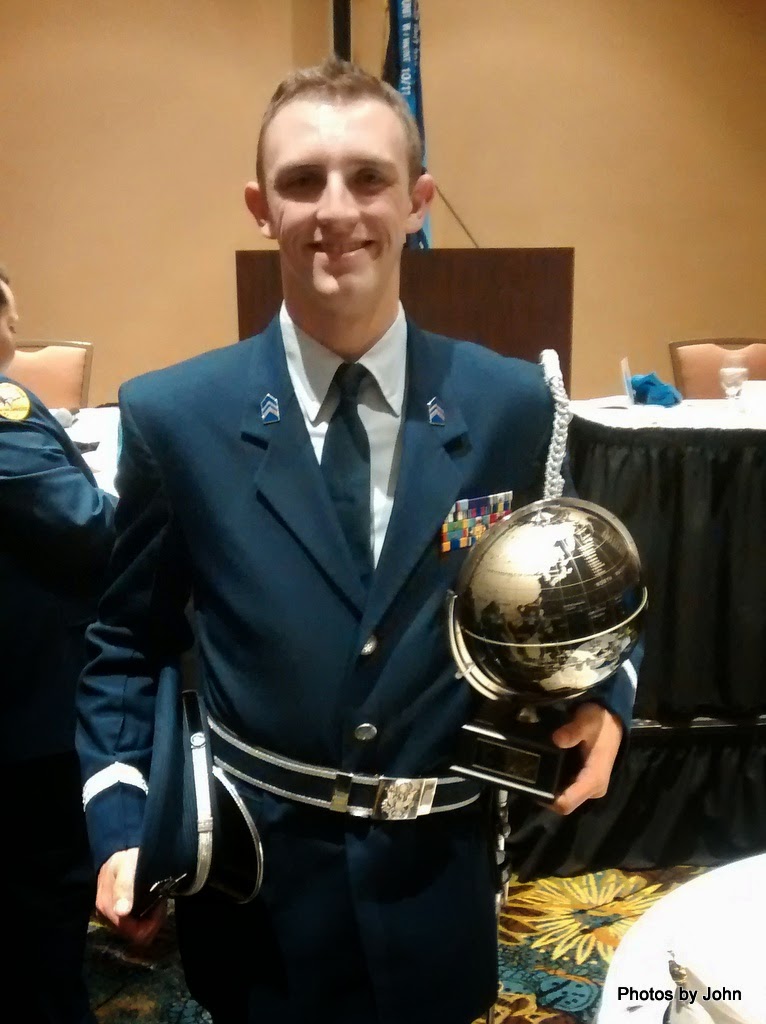 His parents and guests were surprised when he was selected as POC Student of the Semester for the second year in a row. These awards were in addition to the "Most Improved Cadet" award that he won his Freshman year. Three awards in four years, but it seemed the U.S. military establishment wasn't interested.

But the third time was a charm. A couple days (or so it seemed) after Dining Out, he received word that the Army was interested. He's off to Fort Benning for basic training after his High School graduation and then anticipates training and assignment to tanks. He's excited, and we're very proud of this young man, his diligence and willingness to persevere.
Posted by Just Finding Our Way at 2:30 PM