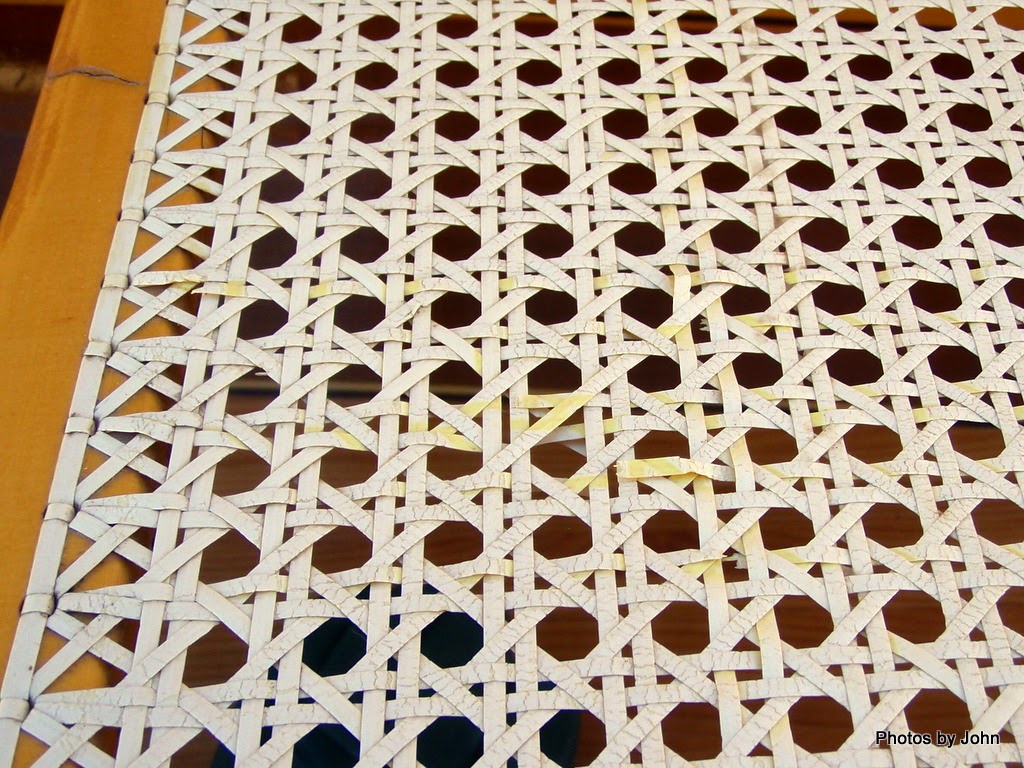 The original seat in my solo canoe has led a hard life. I slipped getting into the boat several years ago and broke the frame. I fixed that with a laminated doubler, but now I see the caning is weathering and some strands have broken. It's time for a new seat. 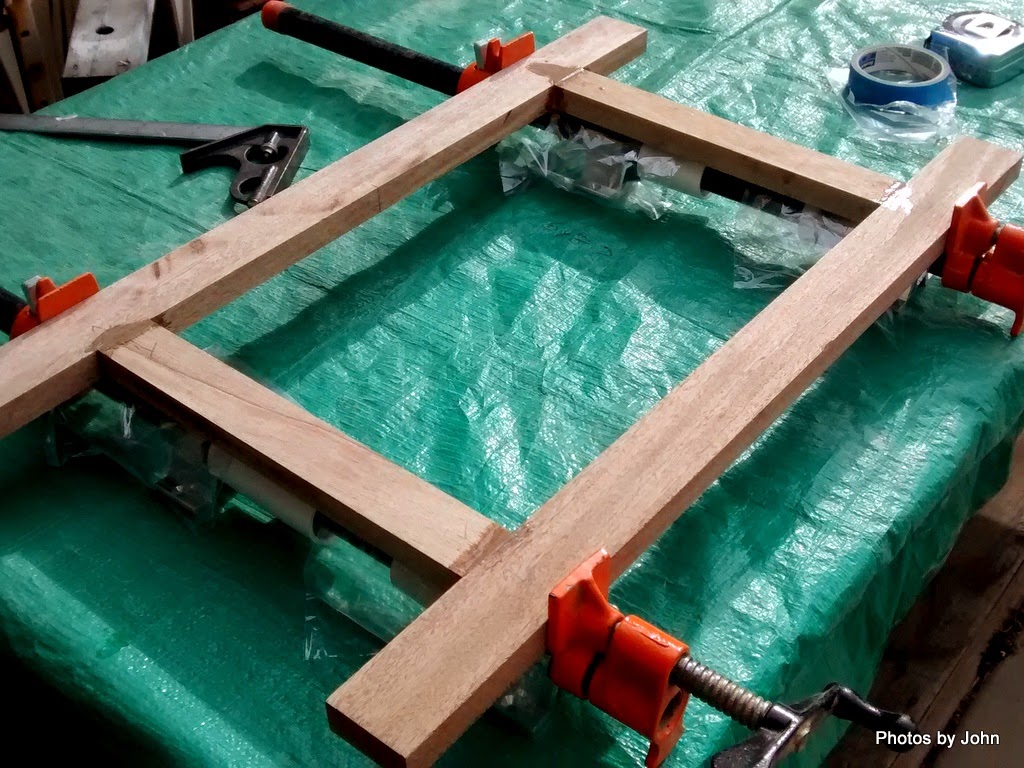 This time I built the seat frame from mahogany with mortise & tendon joints glued with epoxy. The wood frame is heavier than the original Alaskan Yellow Cedar frame, but it's also much stronger. I used an earlier version of Gilpatrick's Building a Strip Canoe for the caning technique. 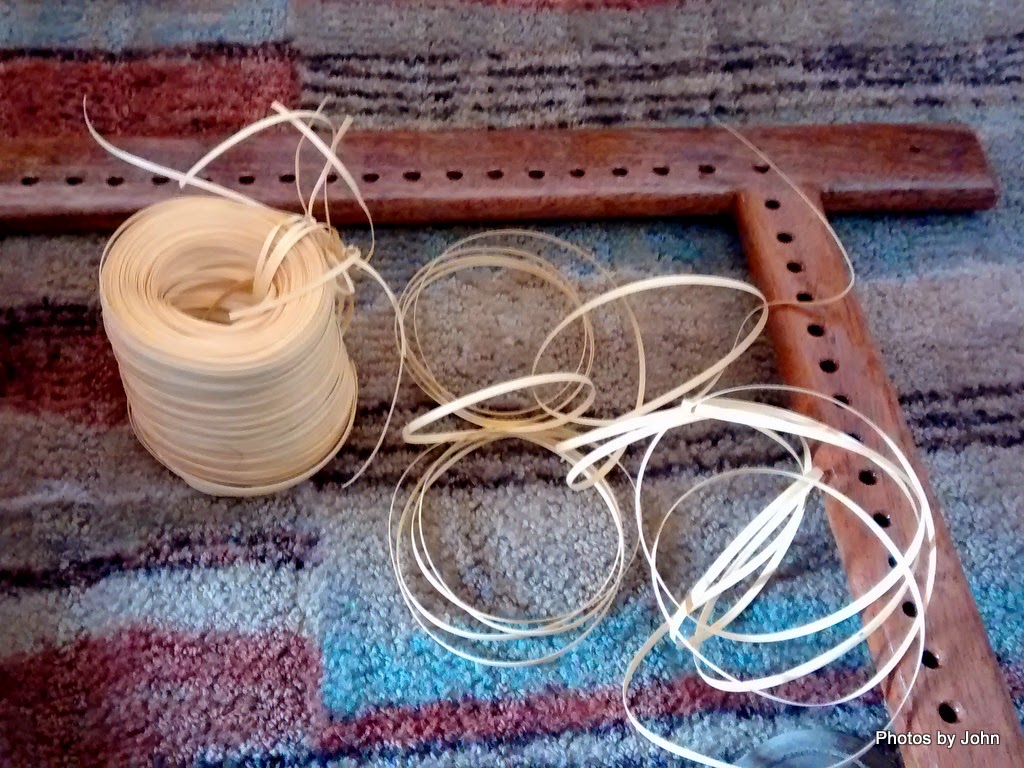 After drilling the holes, I put one coat of epoxy on the frame and three coats of varnish before starting the caning process. I used plastic caning because that's what I had on hand and because it doesn't stretch like natural cane does when it gets wet.

I wish I'd been a bit smarter when I made the frame. Dimensions that were an exact multiple of 3/4 inch would have resulted in consistent hole spacing. 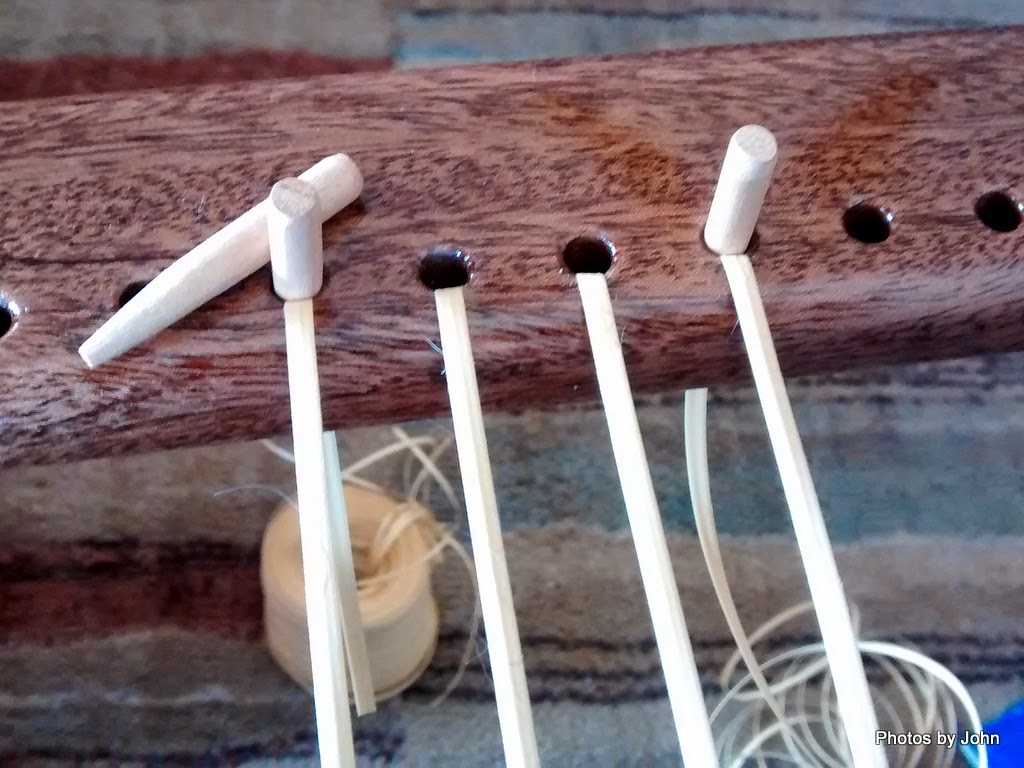 Caning starts from the center of one of the long sides, working back and forth across the frame, using tapered dowels to temporarily hold the cane in place. 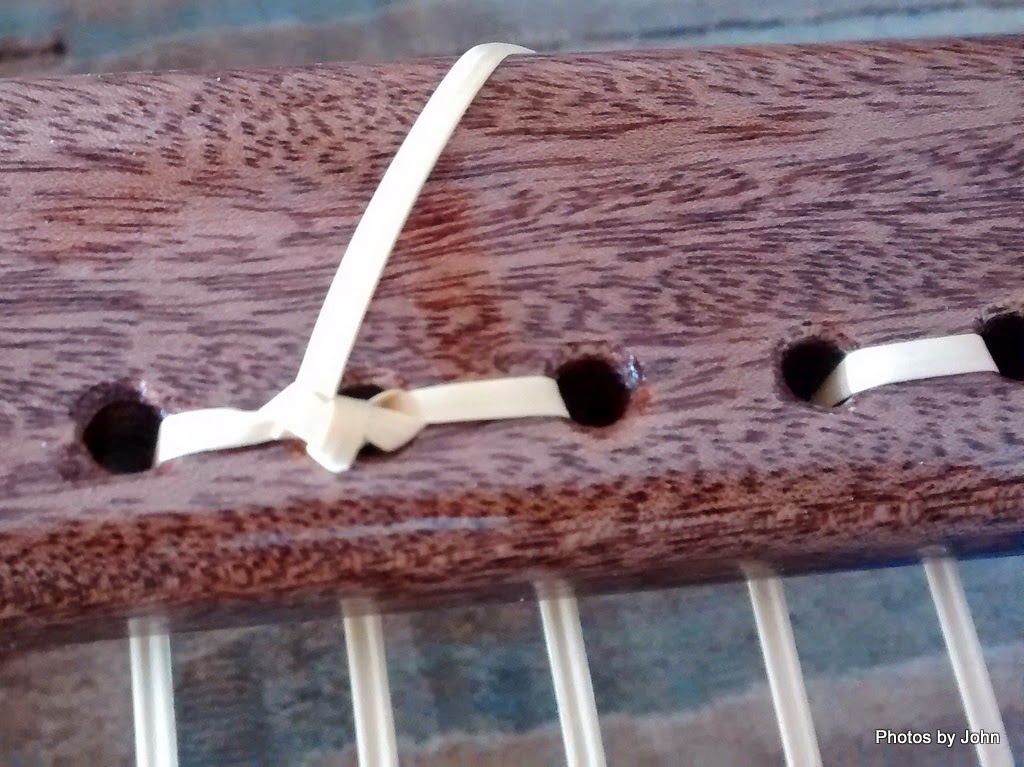 With the cane in place, the ends are tied off on the back side using a double half-hitch. 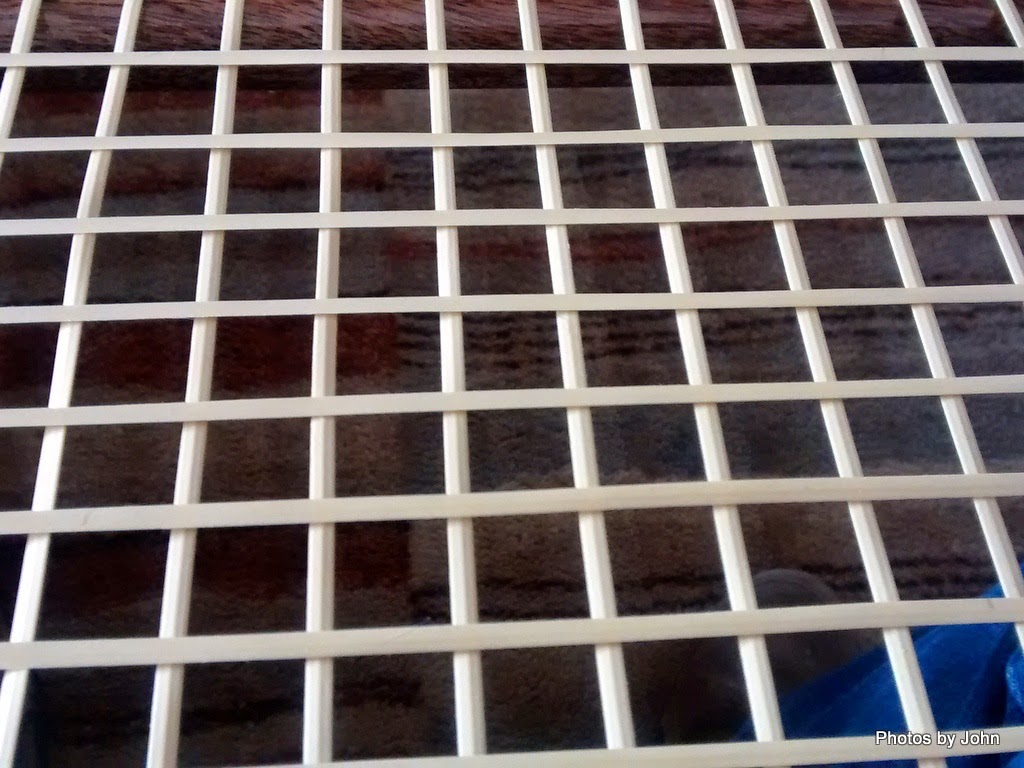 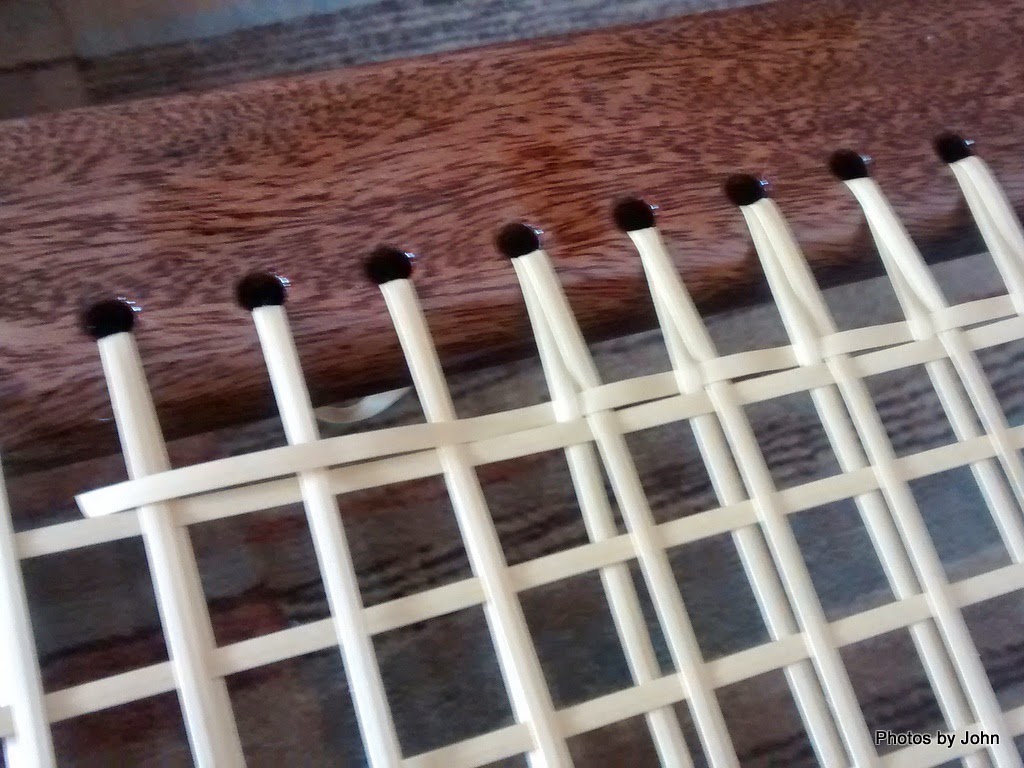 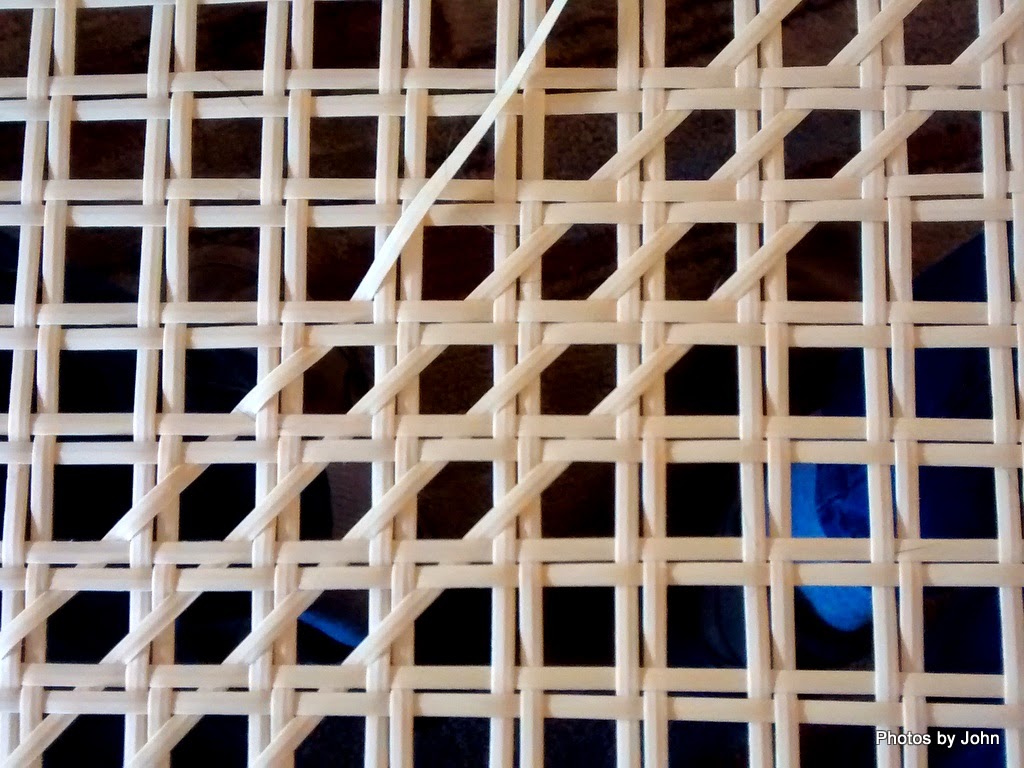 After the fourth layer is finished, the fifth layer starts from a corner for the first diagonal. It's very important to counts the holes correctly to have the same number on both axis. Don't ask me how I know... 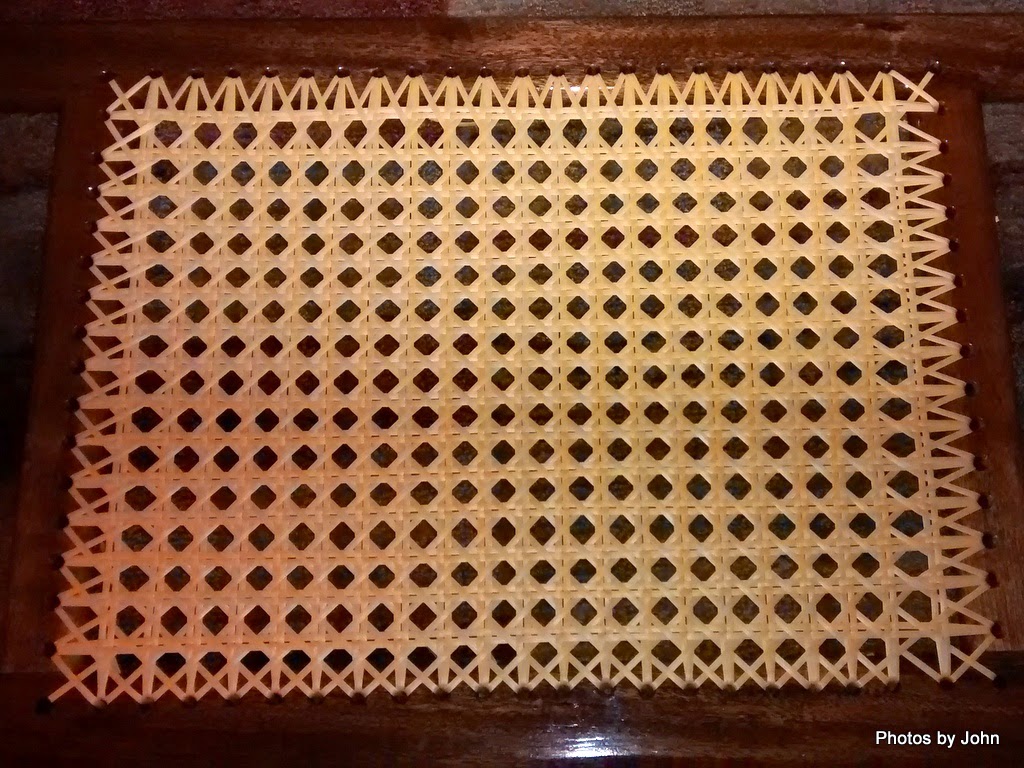 All six layers are in place. This is where it shows that the hole spacing at the ends of the ends of each row is larger than the 3/4" of the majority of the rows. If I keep sitting on the seat, no one will notice. 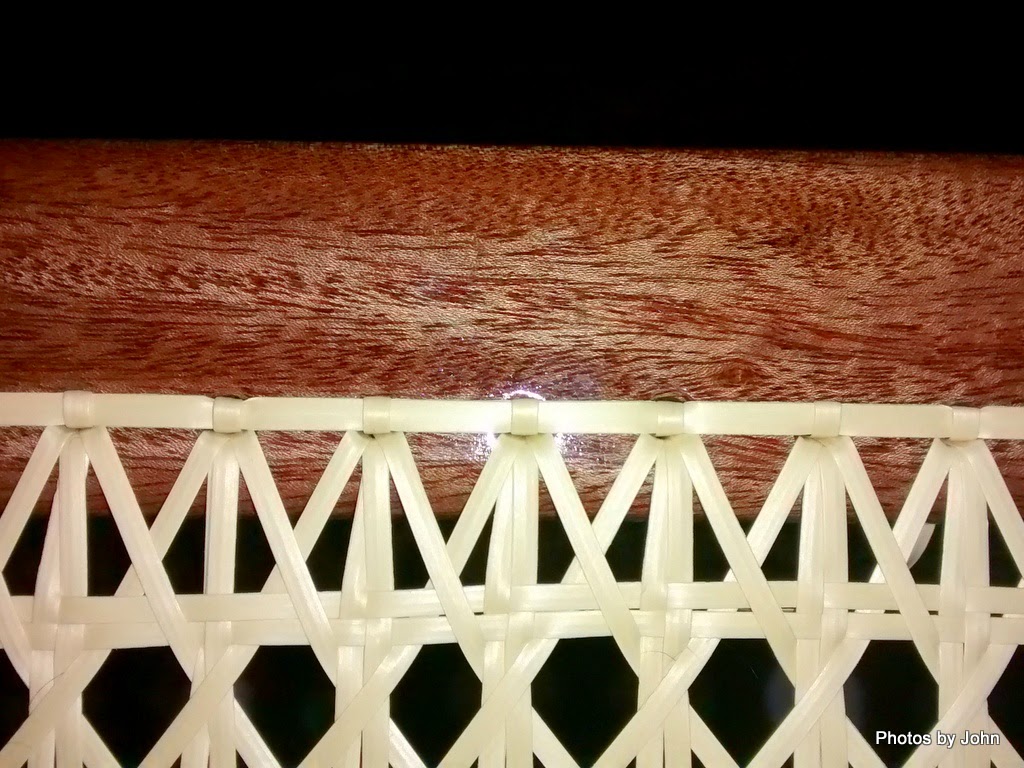 The last step is to install the binding around the edges. 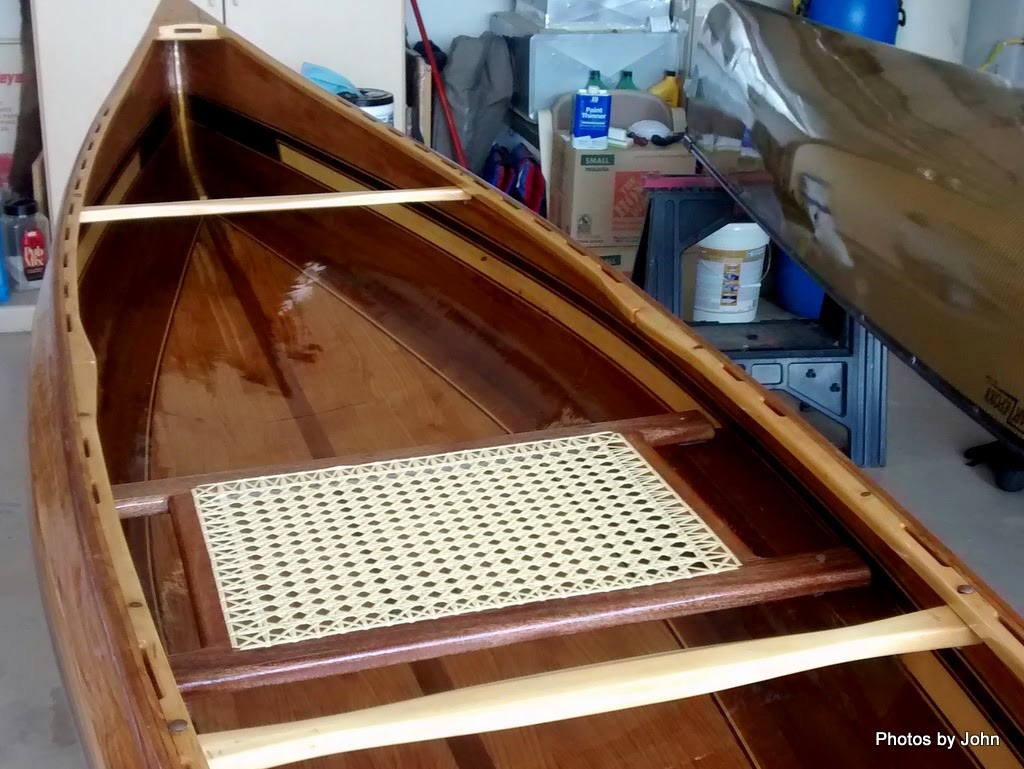 With the canoe all cleaned up and back together, I can hang it back up in the garage and give BJ her parking spot back.