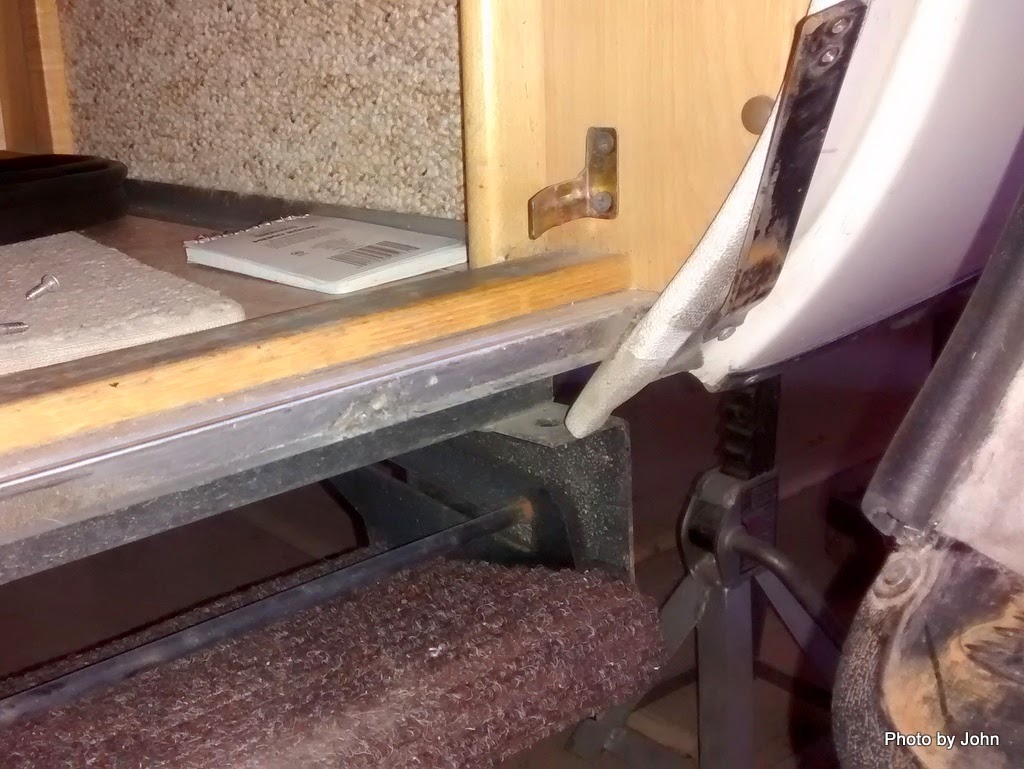 Scamp door seals are notorious. The foam seal on the door sill finally died. If I'd been thinking, I would have taken a picture of the dead seal, but I grabbed the scraper instead of the camera and this was the result. Sharp-eyed Scamp aficionados will note that the remainder of the door seal has been moved from the body to the door - more on that later. 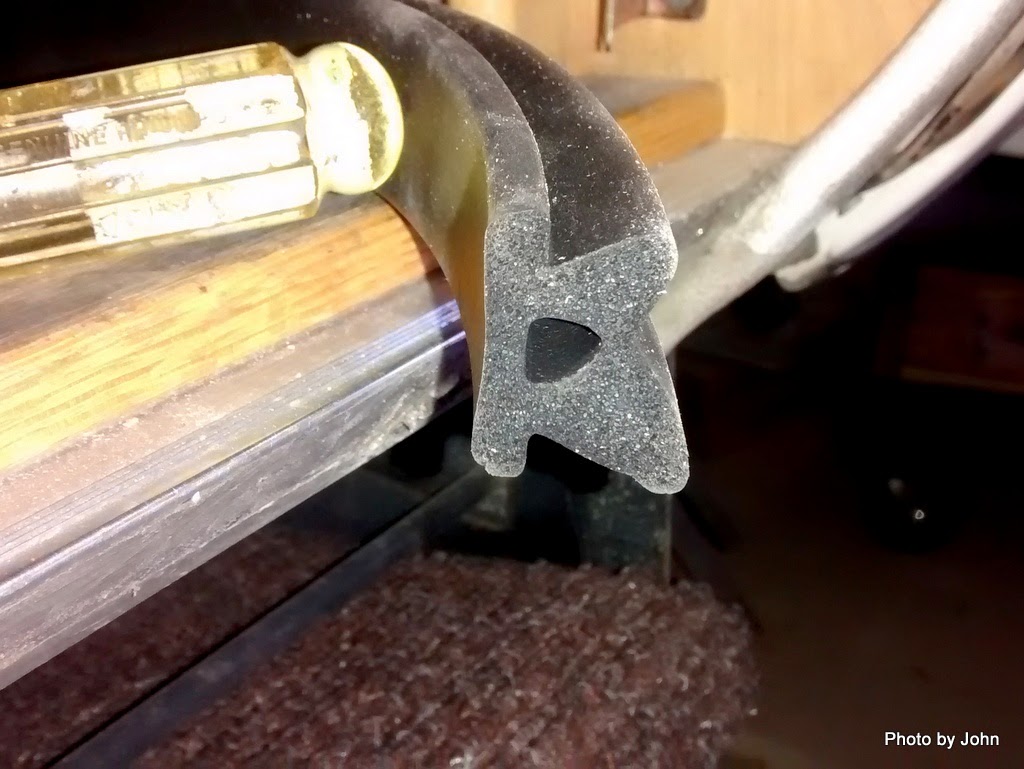 I stopped in at Space Age Paint to wander their aisle of rubber seals (available by the foot,) looking for something to replace the stock seal. This is what I selected. It's a GM roof rail seal but more importantly has the right dimensions, and has a smooth, tough, outer skin which I hope will stand up to wear better than the original foam rubber. 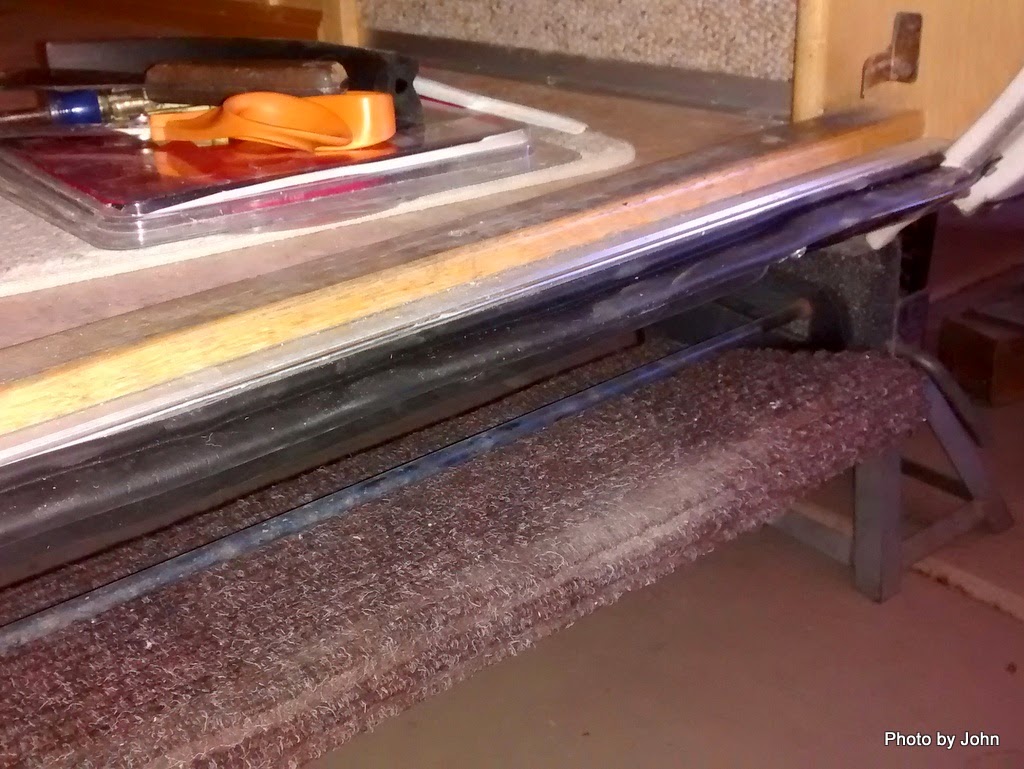 I used a piece of trusty 3M Very High Bond (VHB) double-faced tape to attach the new seal to the door sill, 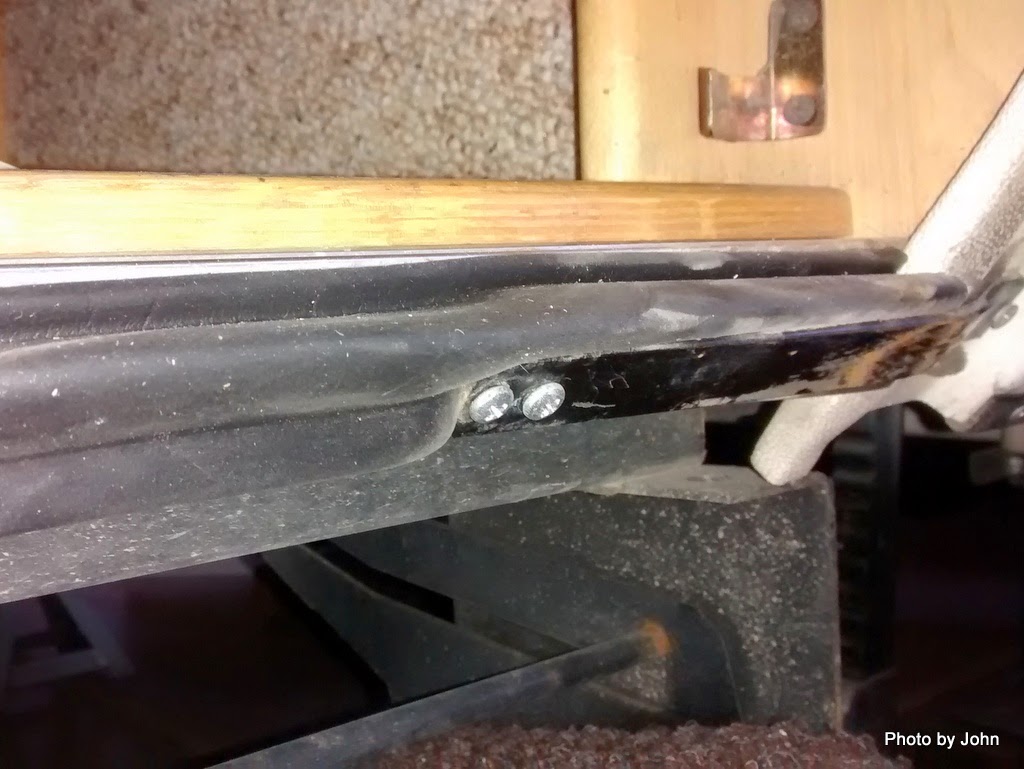 and reinstalled the original strip that serves to keep keep the front corner of the door from binding on the body. I put the smaller wing of the seal on the lower side which may or may not have been the best decision. 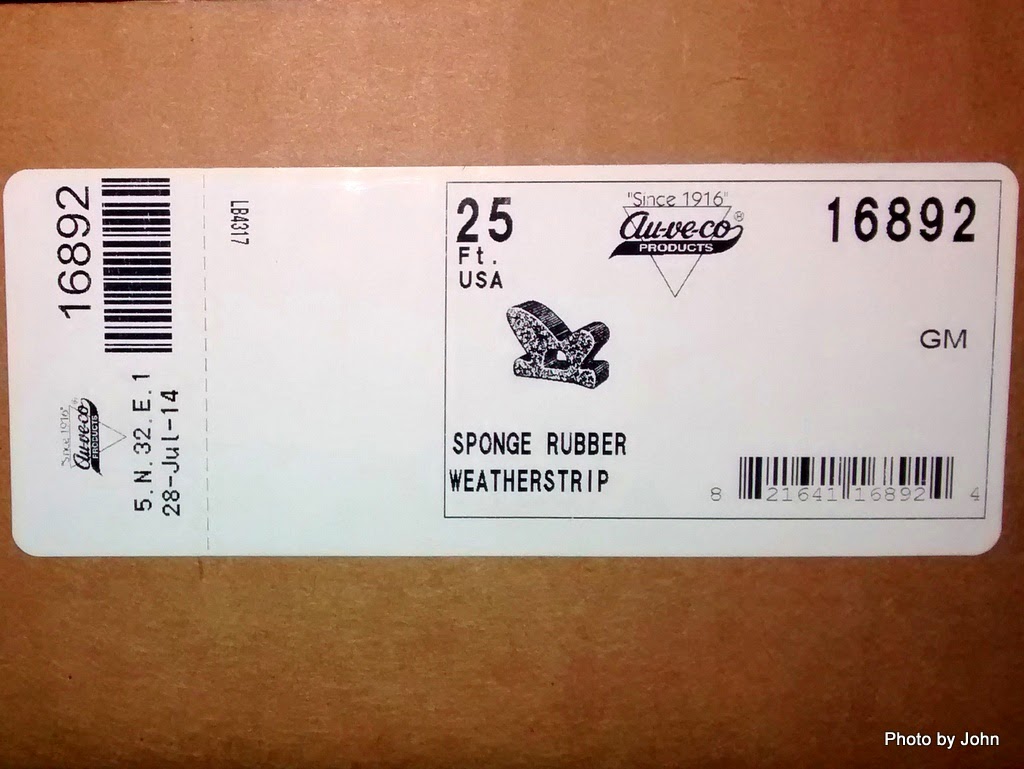 I wasn't smart enough to do it the first time, so I went back to town to take a picture of the label on the carton of weatherstrip that I used. 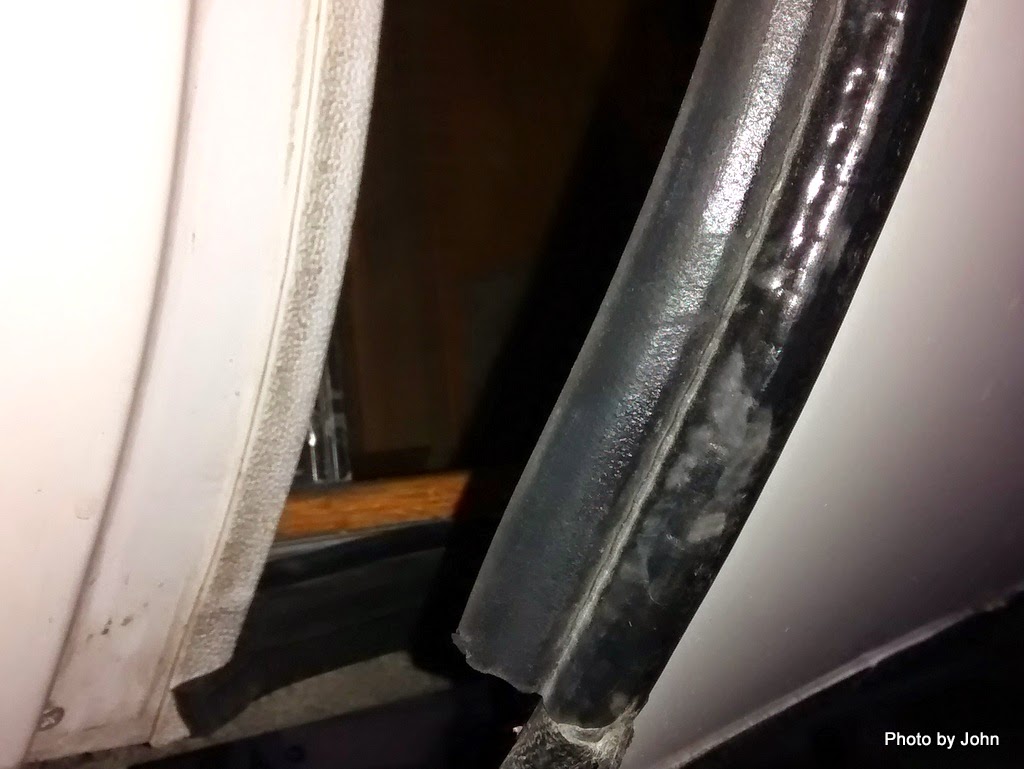 Several years ago I removed the seal that was glued to the door frame and installed a tubular seal that mounted directly to the edge of the door. This seal reduces the problem with the seal binding on the forward lower corner of the door. 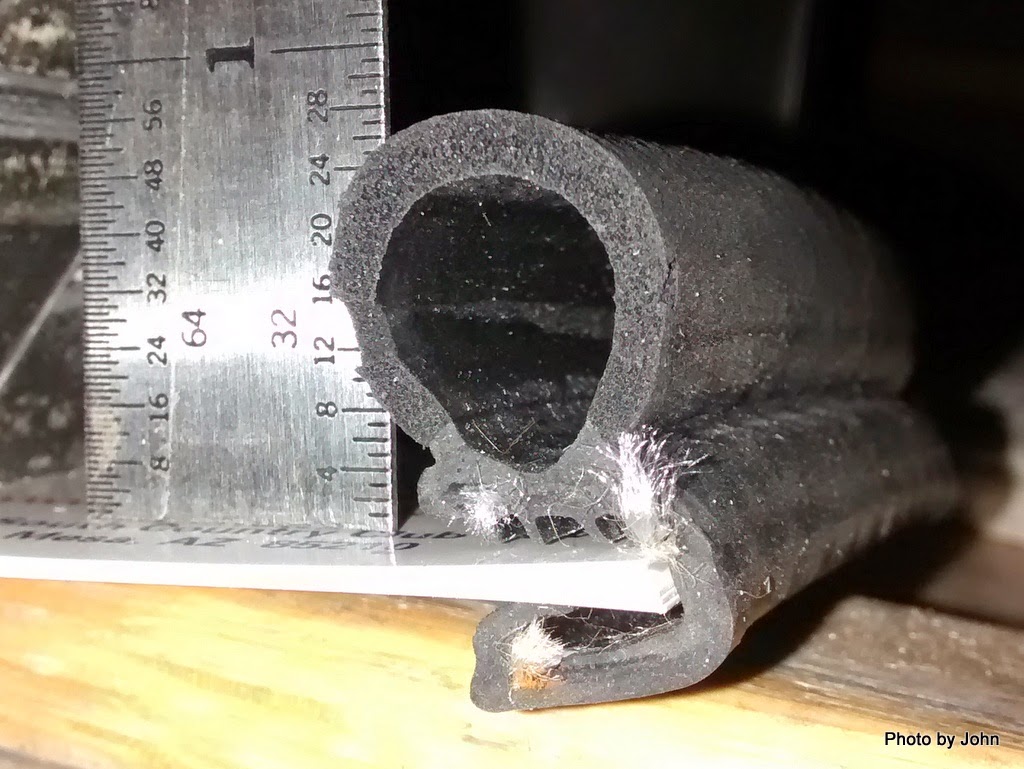 Here's a cross section of the seal I use on the door itself. Space Age Paints calls it TS-2. I don't know if that is their nomenclature or if that's an industry standard number. I suspect they may source it from the same manufacturer as the seal that I used on the sill, but I don't know that for sure. This seal has worked very well for us. 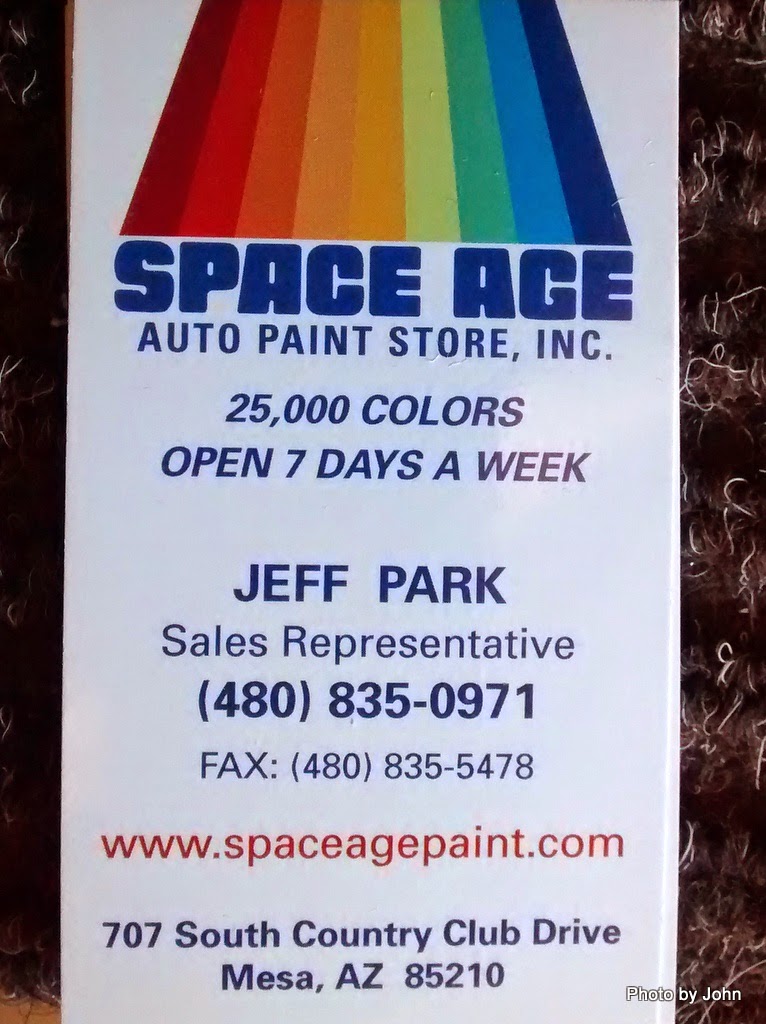 Space Age Paint has a small web presence that does not support ordering online. Jeff tells me that they will do mail order, and they sell by the foot instead of just by the carton, so here's his contact info. If you're in the desert southwest, you can stop by, but don't bring your trailer. Their parking lot is VERY unfriendly for trailers!

I have no relationship with Space Age Paint - I just appreciate the weird and wonderful stuff that I can find there!