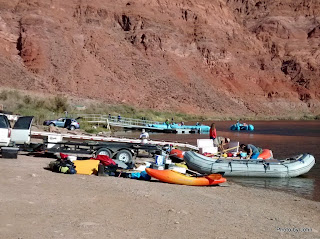 Lees Ferry (no apostrophe according to the National Park Service) is perhaps most well known these days as the launch point for Grand Canyon river trips. Trips of all sizes launch from here. This group was planning to do 225 miles to Diamond Creek in 7 days, leveraging the High Flow that started Tuesday morning. 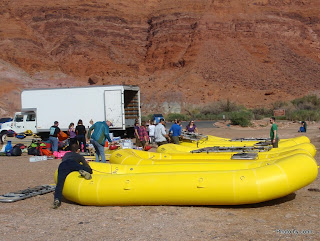 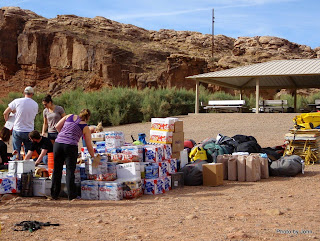 They figured they had enough fuel to last them for the whole trip, and were in the process of unloading the cases into large dry bags as I watched in wonder. Apparently they’d never heard of gray tape.

But the history of Lees Ferry goes way back. In mid 1800’s Lee was the first ferryman living here, providing ferry services across the river for the Mormon pioneers that settled central Arizona. 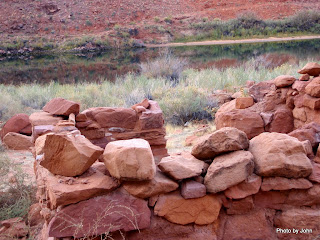 It was a tough life, and the remains of the Fort at the ferry crossing still exists about ¾ mile up the river from the current boat launch. The remains of the road can be seen on the far side of the river angling up from left to right in this photo. 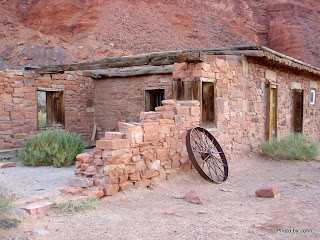 Other, larger, buildings were built later to serve as office and trading post. 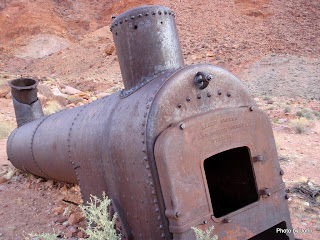 But the other part of history around the turn of the last century was a relatively large scale attempt at gold mining by Charles Spencer. The mining was not successful, but he did leave a lot of rust behind. The most obvious piece is the remains of one of the steam boilers that powered his mining equipment. 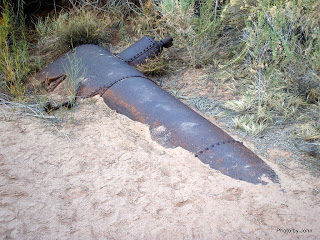 Up the river a little way, almost buried and hiding behind some bushes, are the remains of a second steam boiler. 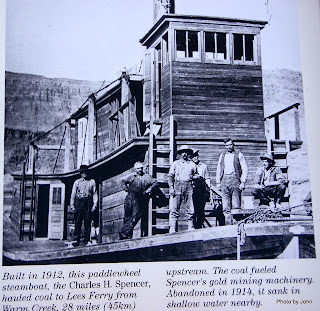 But what I really wanted to see was the status of the remains of the Charles H. Spencer, a steam powered paddle wheeler that was built in 1912 to haul coal from Warm Springs (28 miles up river) to the mine site at Lees Ferry. 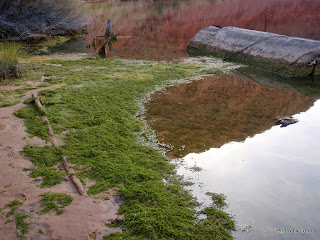 It was abandoned 100 years ago. Not much left now. The boiler is obvious, but the bits of ribs still sticking out of the water and some planking is not as obvious at first glance. Something tells me the original investors weren’t too happy. 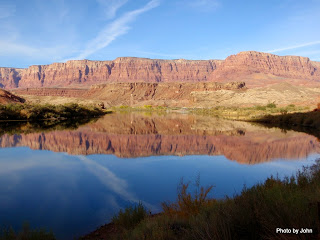 But none of that ruins the view!
Posted by Just Finding Our Way at 2:30 PM