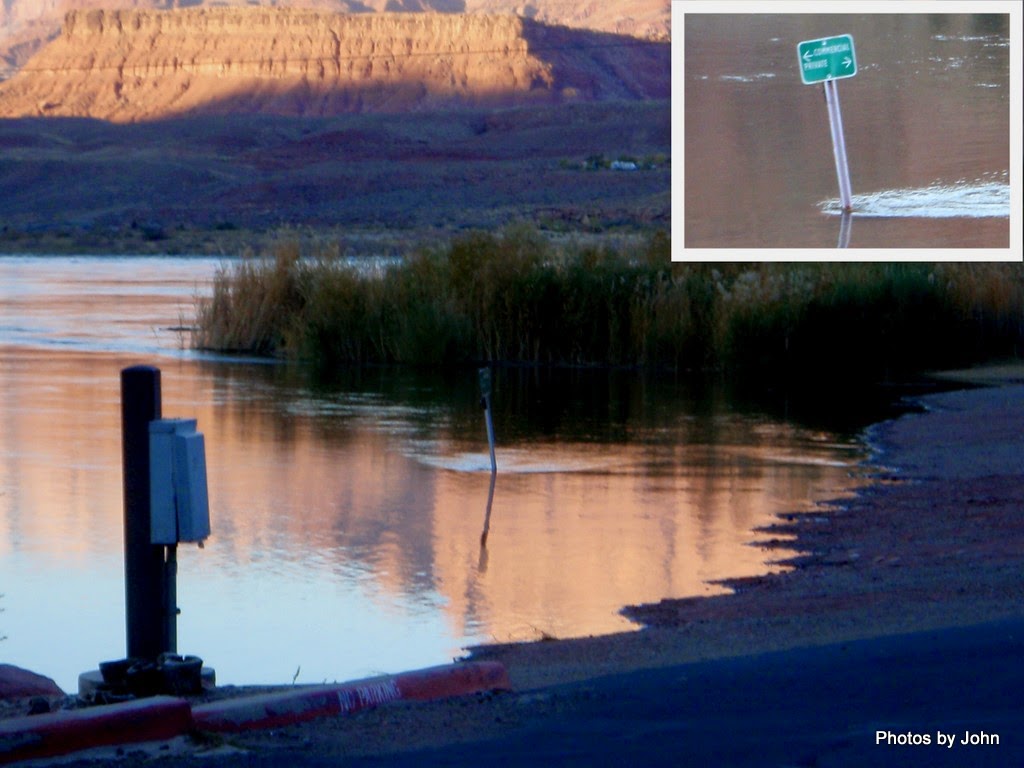 Squeak and I swung by the boat launch about 7:30 a.m. to see how far the water comes up the boat ramp as we were leaving Lees Ferry. Still less than 1/3 of the pre-dam flows during some of the summer floods. I understand why they limit it to 32,000 cfs. Much higher would cause problems with some of the current infrastructure. The post in the center of the picture is on the cable stretching across the beach that rafts tie off to when they’re rigging. 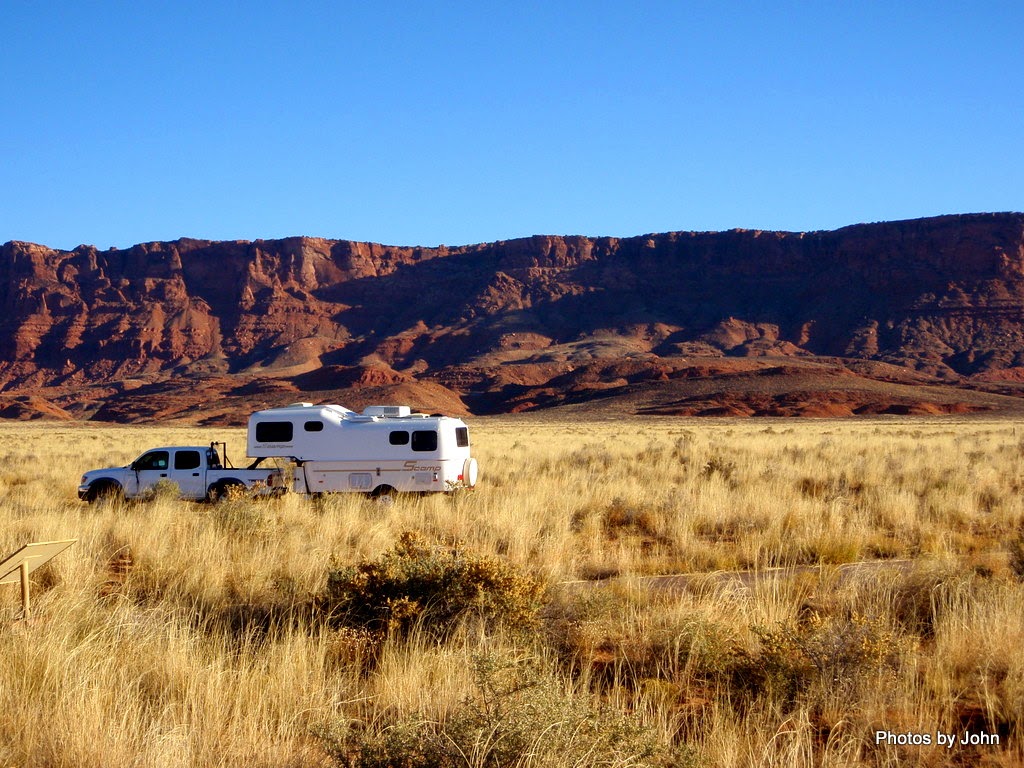 I stopped at the Dominguez & Escalante Expedition historic marker, in part because I haven’t stopped there before. They wandered through this part of the country 240 years ago! My target for the day was Zion National Park but there are significant grades between here and there. 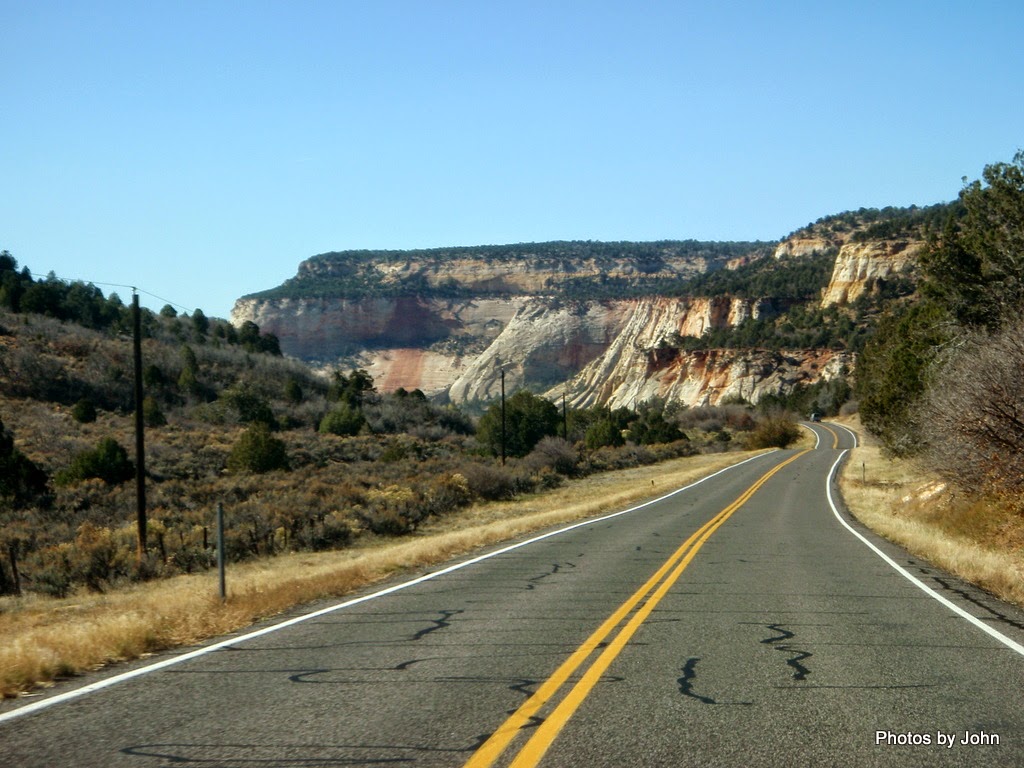 I didn’t stop at Jacob’s Lake – the bakery with the famous cookies was open but the BLM campground was closed for the season. Usually, we’d hang a left there and head for the north rim, but today my target was Zion National Park. A stop for a few groceries and then McDonald’s free wifi to upload the past three blog posts and then it was on to Zion. 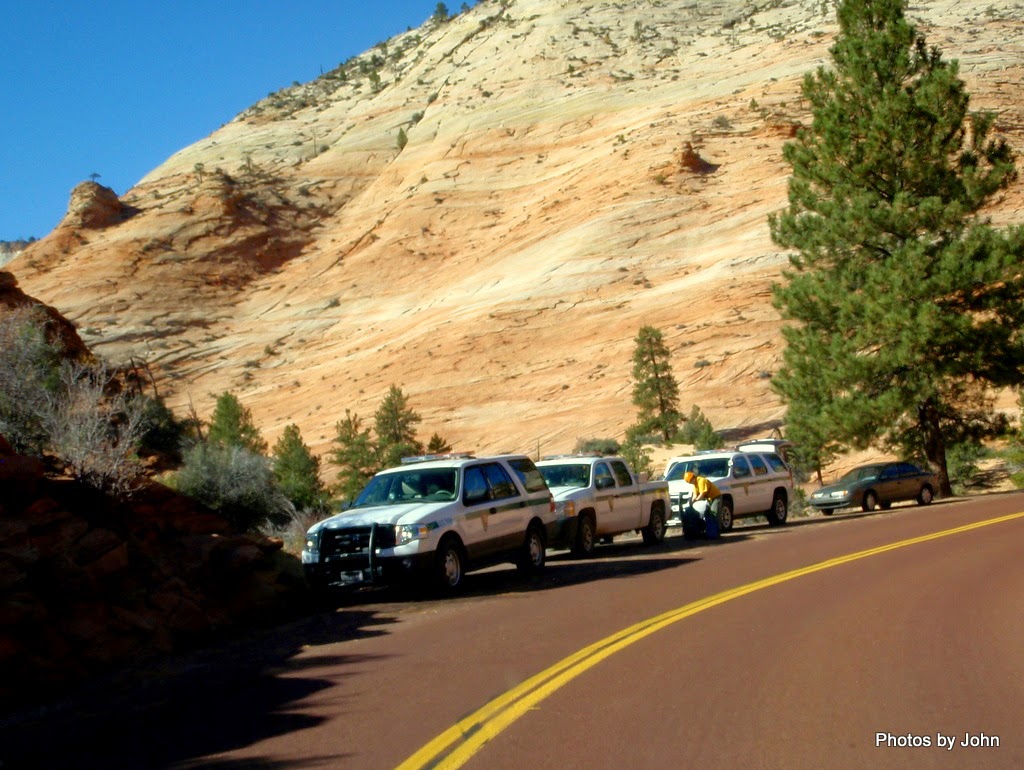 East of the tunnel there were all sorts of NPS rangers and SAR crew rigging up. Maybe it was practice, but I’m betting someone had a bad day. Speaking of tunnel, there is a $15 surcharge for vehicles over 7’10” wide (including mirrors) or over 11’4” high because they will require 1 lane traffic control through the tunnel. Sure is nice to be towing a Scamp! 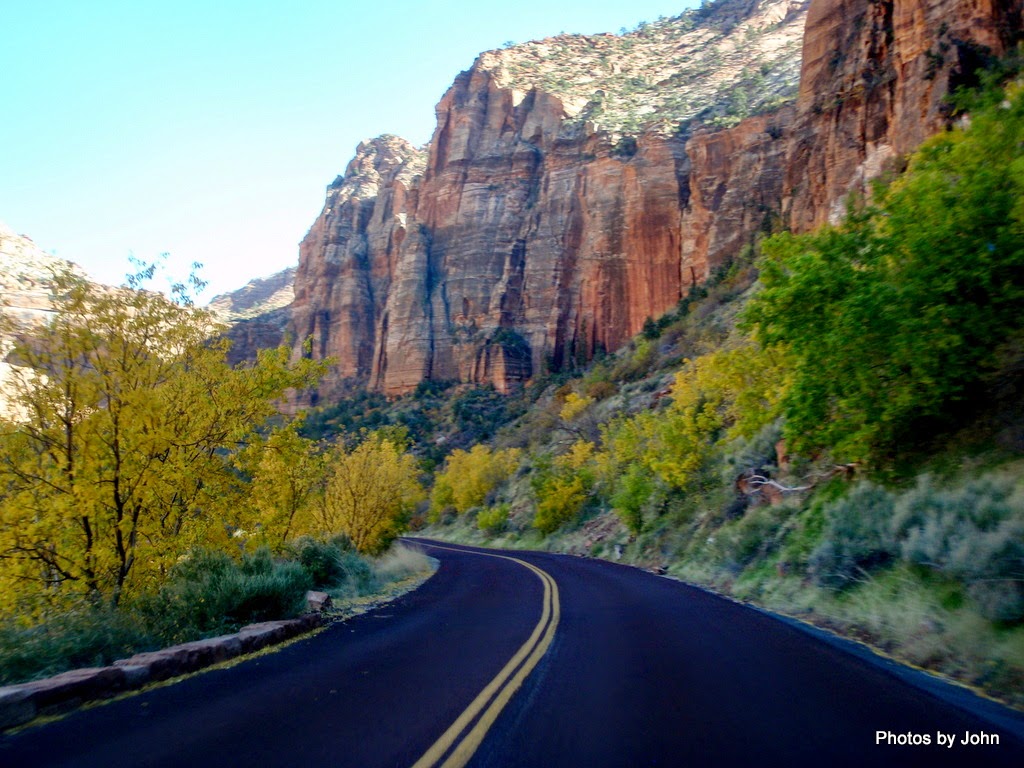 The red rock and the changing leaves in the fall made for a nice contrast. As a desert dweller, we miss out on much of the falls colors. 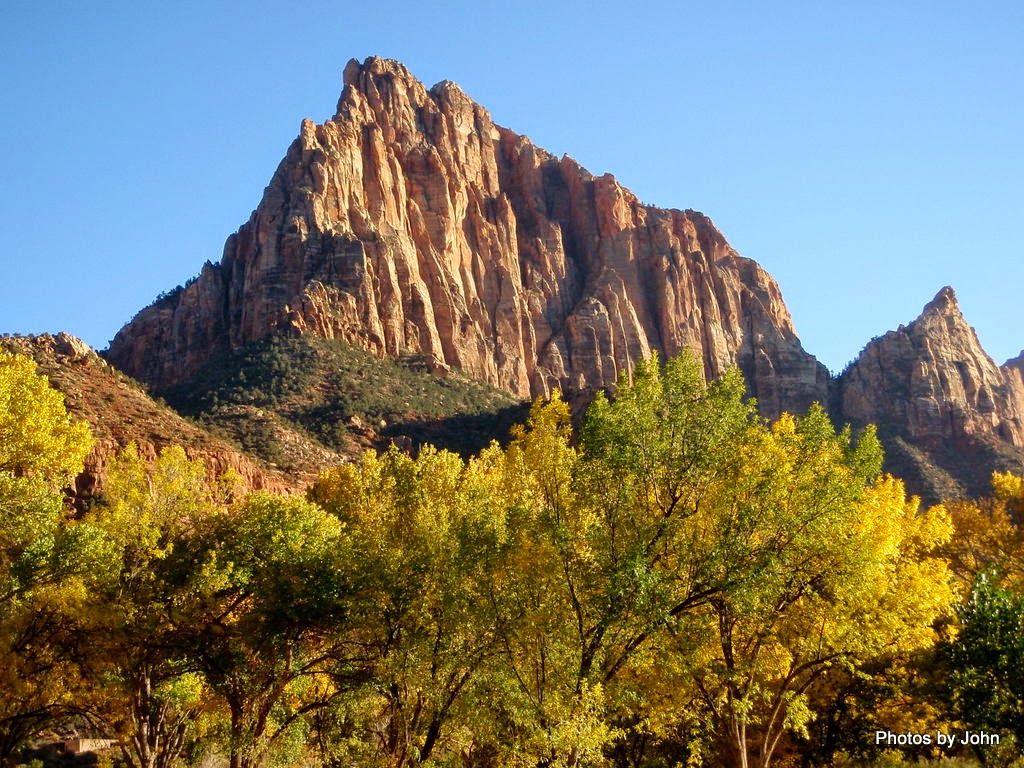 I was able to get a spot in the Watchman campground for three nights without reservations. Sounds like they may be full for the weekend. I was surprised to get a spot in a National Park that had electrical service. $10 for seniors – not bad! And just around the loop from me are two bloggers that have been posting eye candy about the Moab area. Lynne and Suzanne’s posts about all the hiking they’re doing in Zion should start showing up one of these days. Meanwhile, Mark and Gayle’s posts about their visit to Zion are part of what attracted me here.

BTW, Watchman is on recreation.gov and it sounds like reservations are essential for smart people. South Campground was first come - first served, but I didn't think it was as nice.

This was posted thanks to the free wifi at McDonalds in St. George, Utah.
Posted by Just Finding Our Way at 2:30 PM