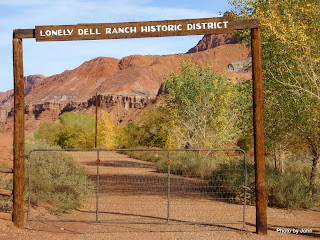 Up a short road paralleling the Paria River is Lonely Dell. Built by Lee and later ferry operators and then expanded by ranchers, Lonely Dell was home for various families from the 1870’s until the mid 1900’s. (If the parking lot is full there’s no turn-around for trailers.) 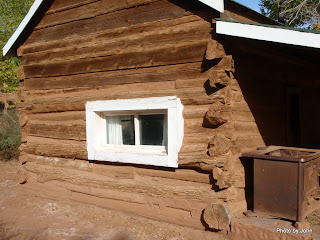 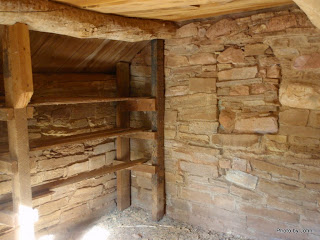 as well as a very nice dugout that appears to have been reconstructed recently. 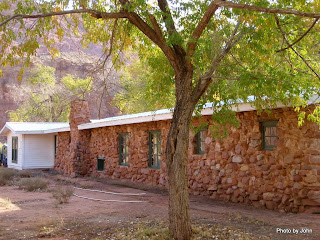 The large house was built in 1935 when the area was known as the Weaver Ranch. 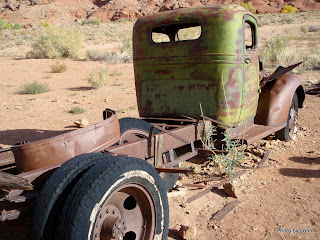 No ranch would be complete without a collection of rust. 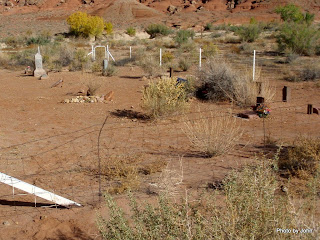 Just west of the buildings and the rust, was a fenced cemetery. 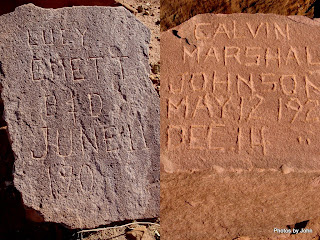 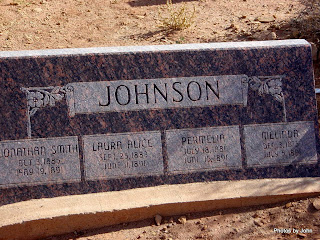 But the most poignant of all was this stone added later to supplement the four crude sandstone markers behind it – one family, four children, all who died within 45 days of one another in 1891. No wonder they called it Lonely Dell. 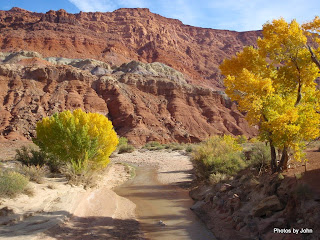 The trail continues for 45 miles beyond Lonely Dell through the Paria Canyon. It’s not a place to be in the summer heat or when there are storms brewing, but it was nice to see some water still flowing in the river from recent storms. 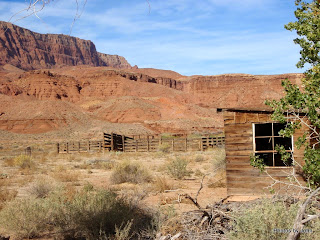 There are some minor remains of cattle operations, and since the portion up river from Lonely Dell is BLM (permit required for hiking), it’s likely that there are still cattle in the area. 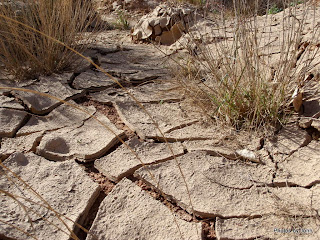 The ground, even 10 feet above the current river level makes it clear that water is key to life in the Paria.

It's been interesting to visit Lees Ferry and then to start reading P.T. Riley's very well researched history,

"Lee's Ferry: From Mormon Crossing to National Park."
Posted by Just Finding Our Way at 10:03 AM