Does It Make Sense To You?

While I was at Lees Ferry a couple weeks ago, I started to notice some of the government vehicles parked around the boat launch area. None are marked as to which agency operated them so they could logically be National Park Service, Bureau of Reclamation, U.S. Geological Survey, or possibly others. 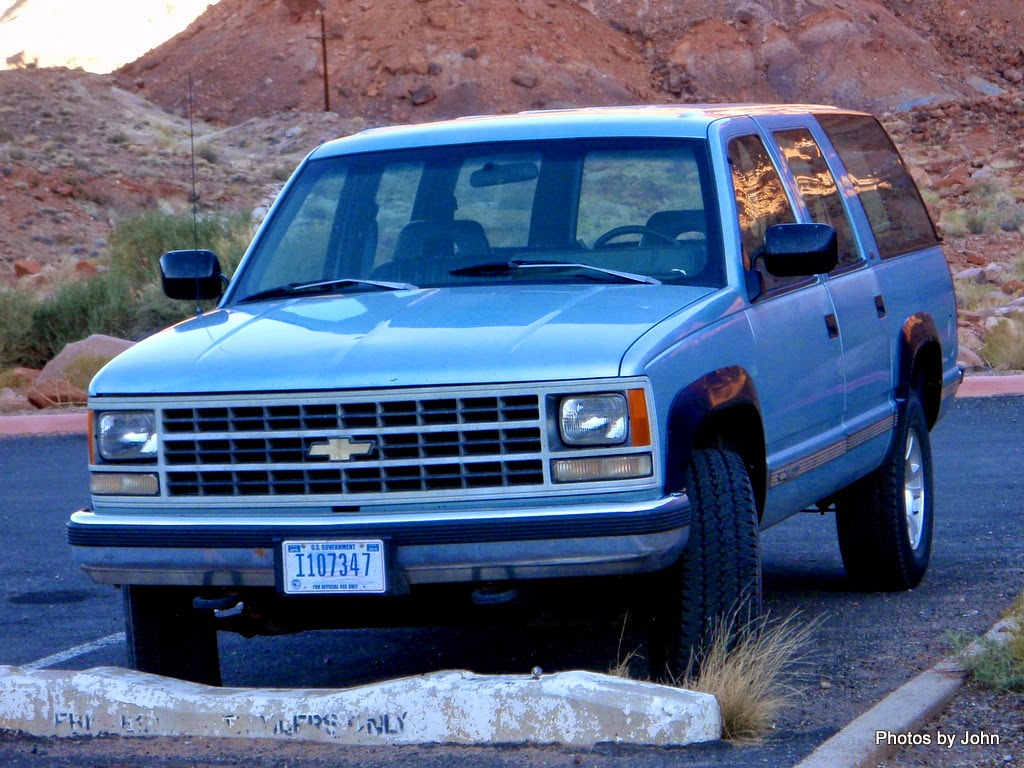 The first one that caught my eye was this Suburban, about 20 years old but appears to be in good condition, complete with aluminum wheels. Of course, it was parked for several days in an spot that was supposed to be used for daytime parking. I guess I was a bit surprised to see that agencies were holding onto their vehicles this long. 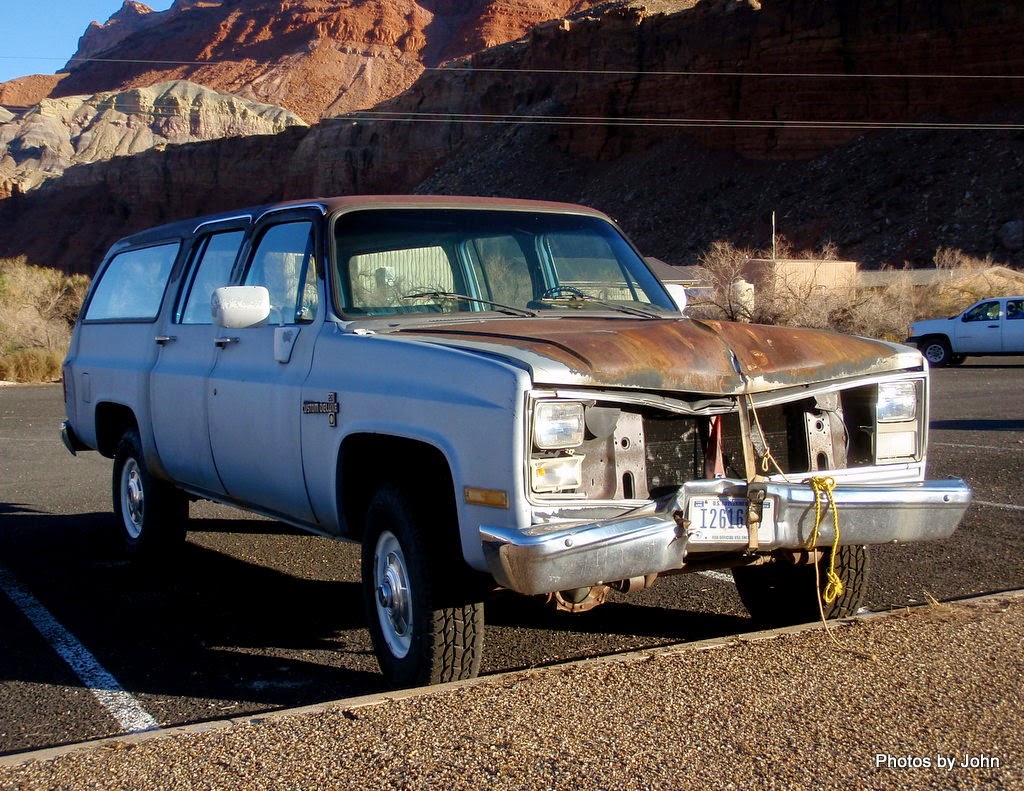 The next one raised lots of questions. It was parked in the long term lot where the others should have been parked, so I assumed the driver was somewhere on the river. I would like to think that with the amount of taxes we pay that keeping 40 year old Suburbans in the fleet would be unnecessary. I also thought that someone may have taken tree hugging a bit too far. 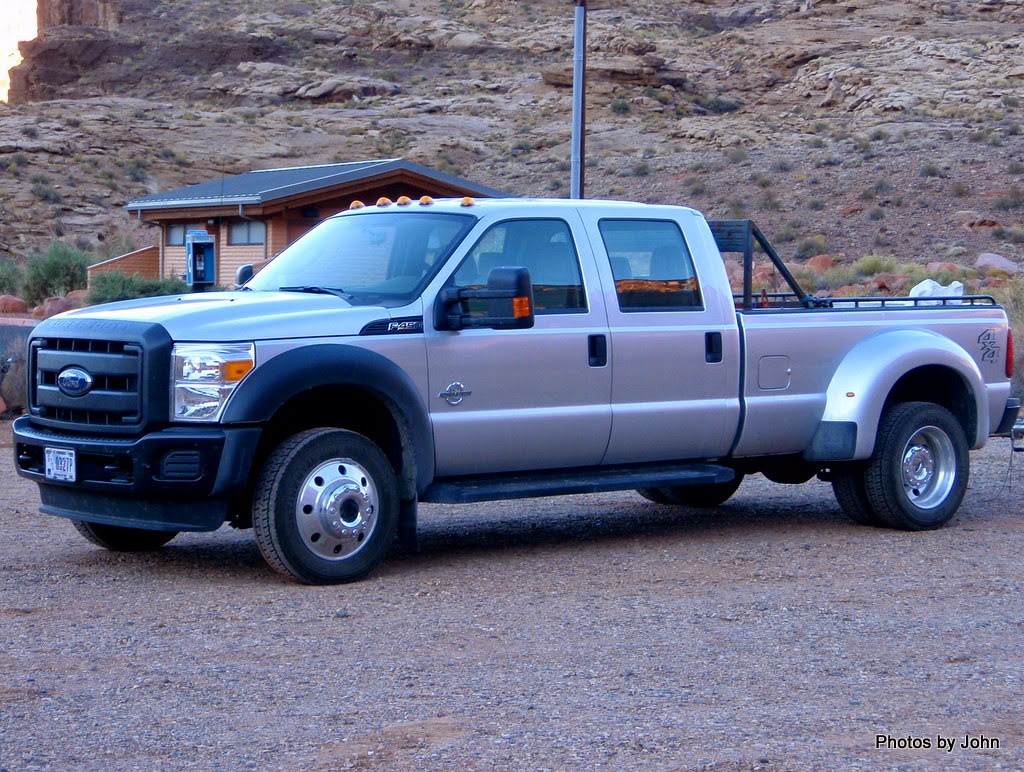 Turns out that some agencies apparently can afford new vehicles. And yes, it was towing a boat trailer so they were likely on the river in some sort of official or enforcement role, but come on, can't we find something midway between 40 year old Suburbans and brand new F450 Powerstroke trucks with aluminum wheels all around? Is this really necessary? And of course they were parked for days within 20' of a sign that says "No Overnight Parking." 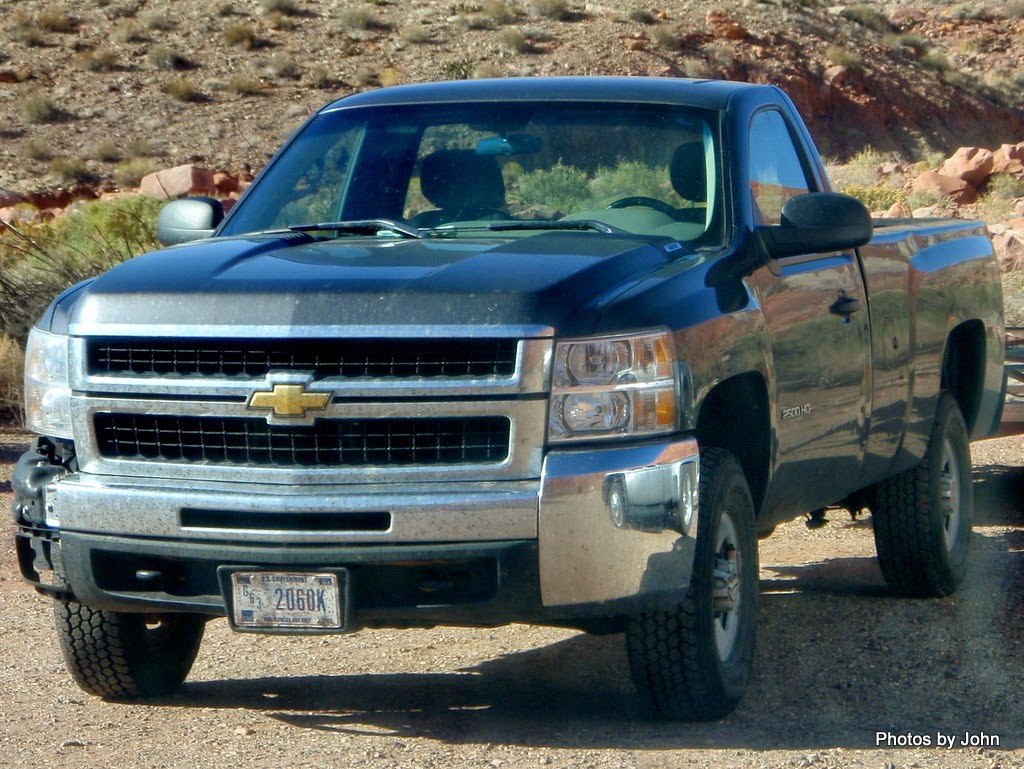 Apparently there was a more conservative option. They didn't even order the aluminum wheels but did get the diesel engine. This one is two or three years old, and also towing a boat trailer. It looks like someone has started tree hugging training early, but hopefully they'll keep it in the fleet for awhile.

I think the only thing I learned from this was that if you have government plates you can park where ever you want.
Posted by Just Finding Our Way at 2:30 PM