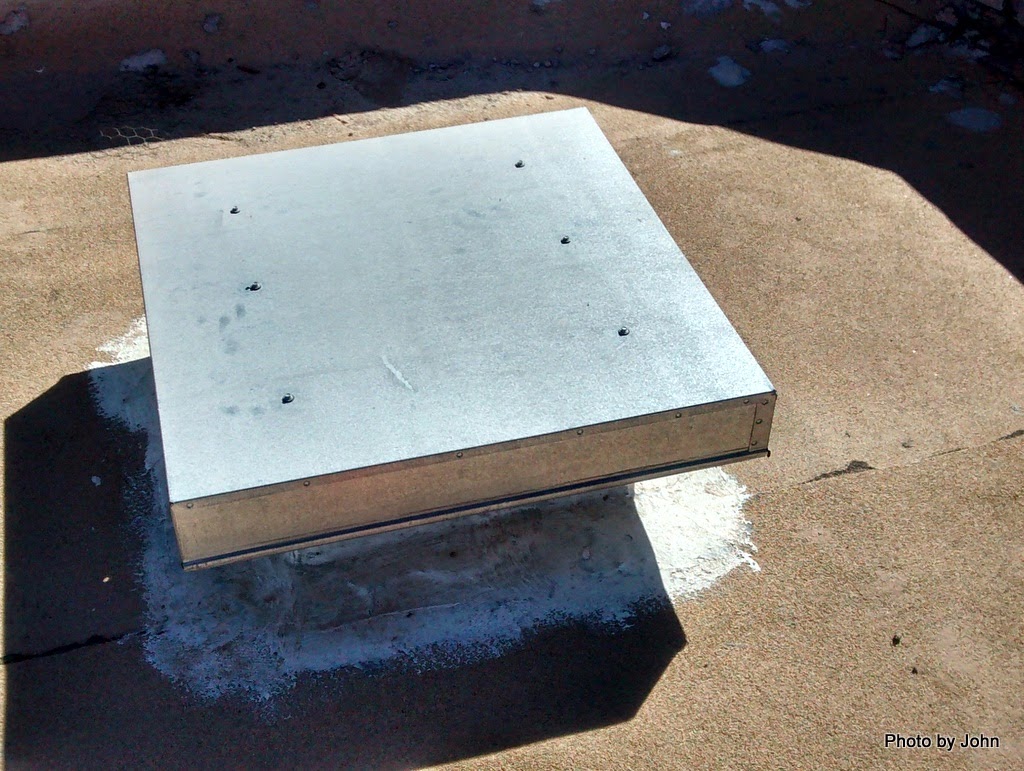 I came home from the quick Alaska trip to reports that the roof had leaked. It leaked once before in a big storm when the house was just a couple years old. Once again, heavy rains accompanied by major winds was blamed, blowing rain under the vent cap and into the roof vent.

I planned to deal with it after our Green River trip. Unfortunately, we came home to reports that the late September storm resulted in more leaks in the same place. 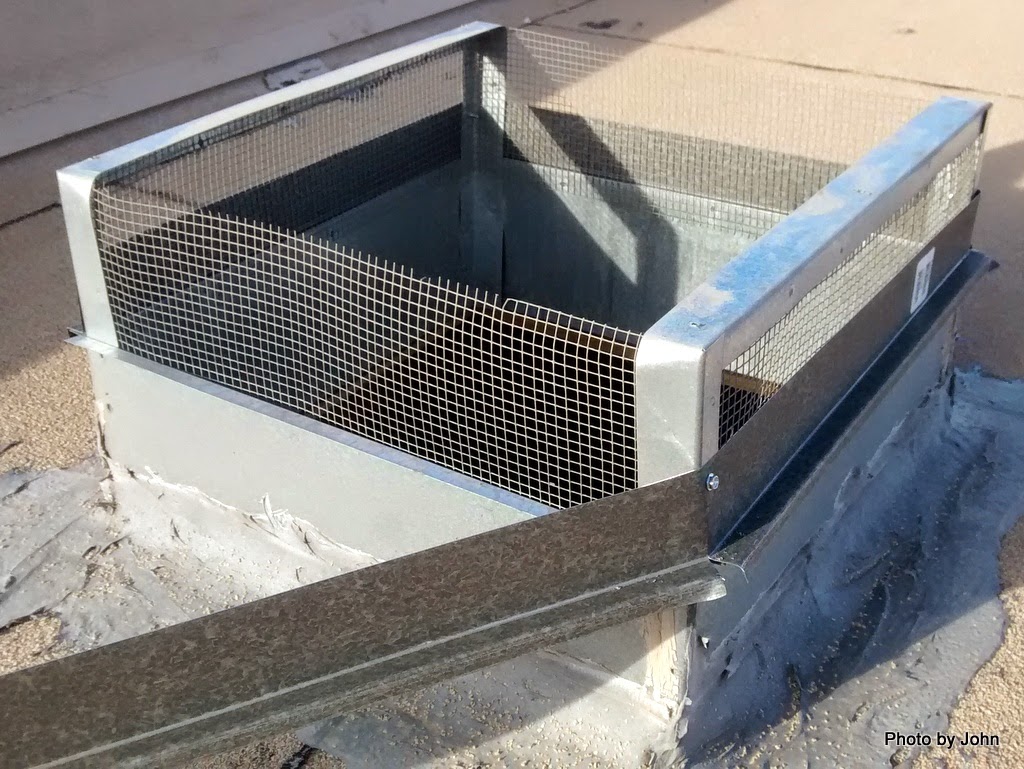 Roofer number 1 said the roof was still in excellent condition but that the vents needed to be lowered to create more coverage from horizontal rain. After removing the cap on the first vent, it was immediately clear that it would be much easier to blank the lower portion of the screen instead of cutting down and lowering the support structure. 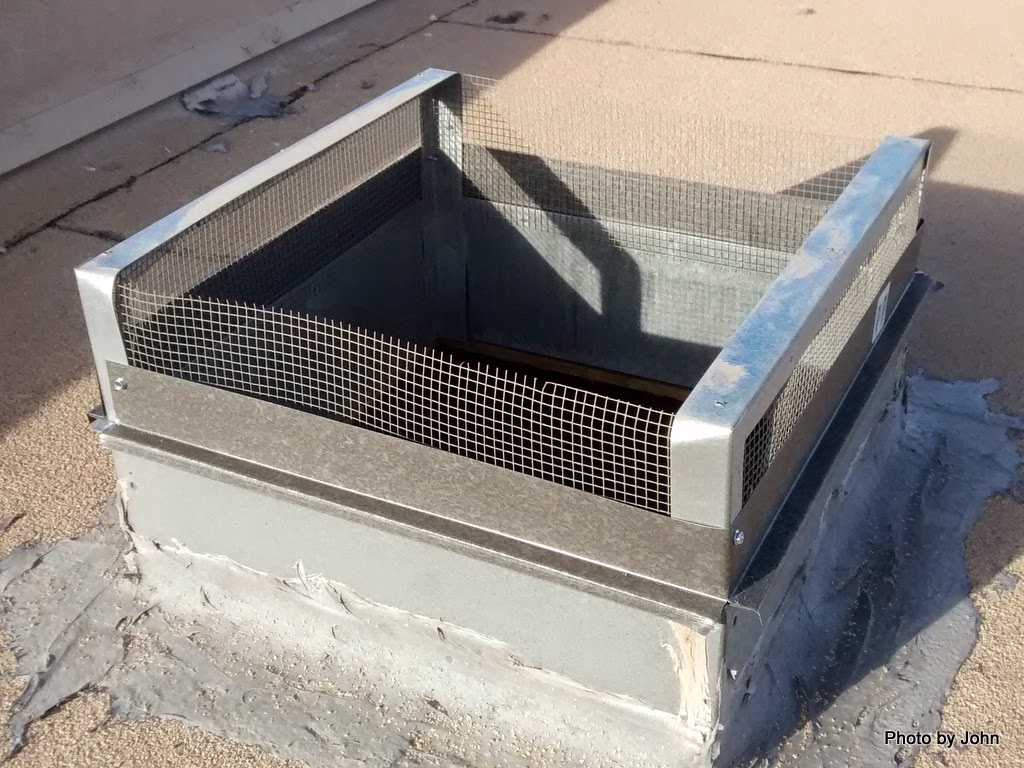 Roofer number 2 (I called four for quotes, had to wait two weeks to get the second quote and never heard back from the other two) also said the roof was in excellent shape for its age and that the vent mod that I'd done on all 14 vents was excellent. Both roofers were willing to install a foam roof system, but didn't feel it was necessary. 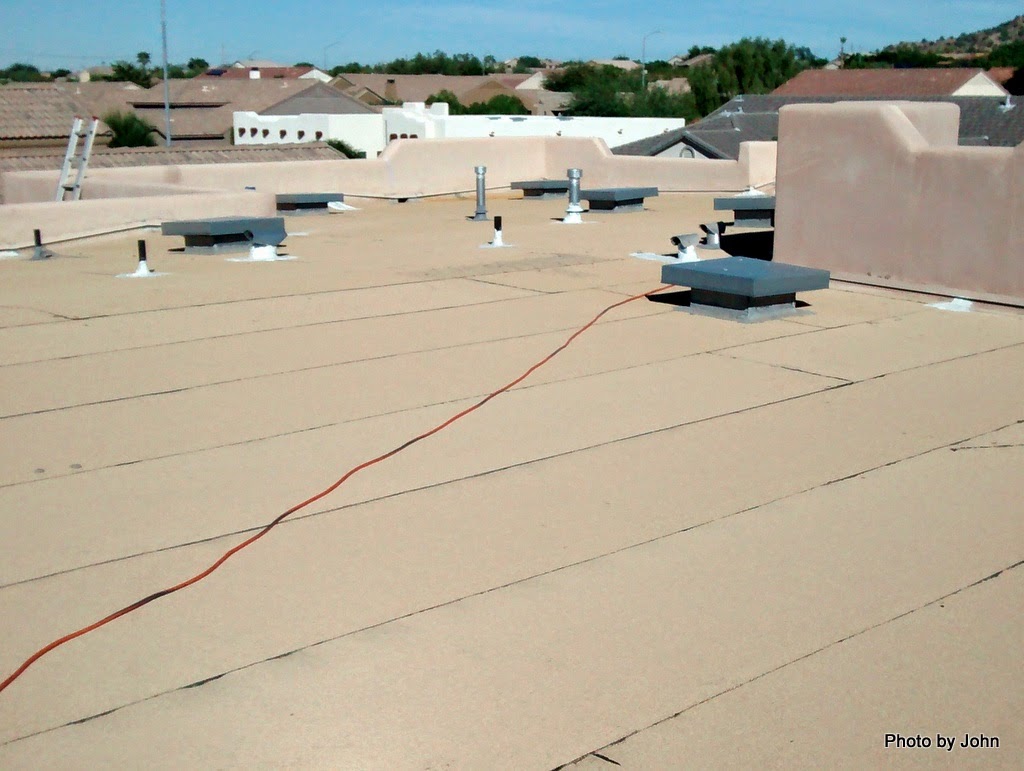 Instead, I cleaned the roof, and I'm going to apply two coats of an elastomeric coating that has a 15 year warranty. There are lots of choices, but I'm going with Black Jack Maxx Cool for a number of reasons. 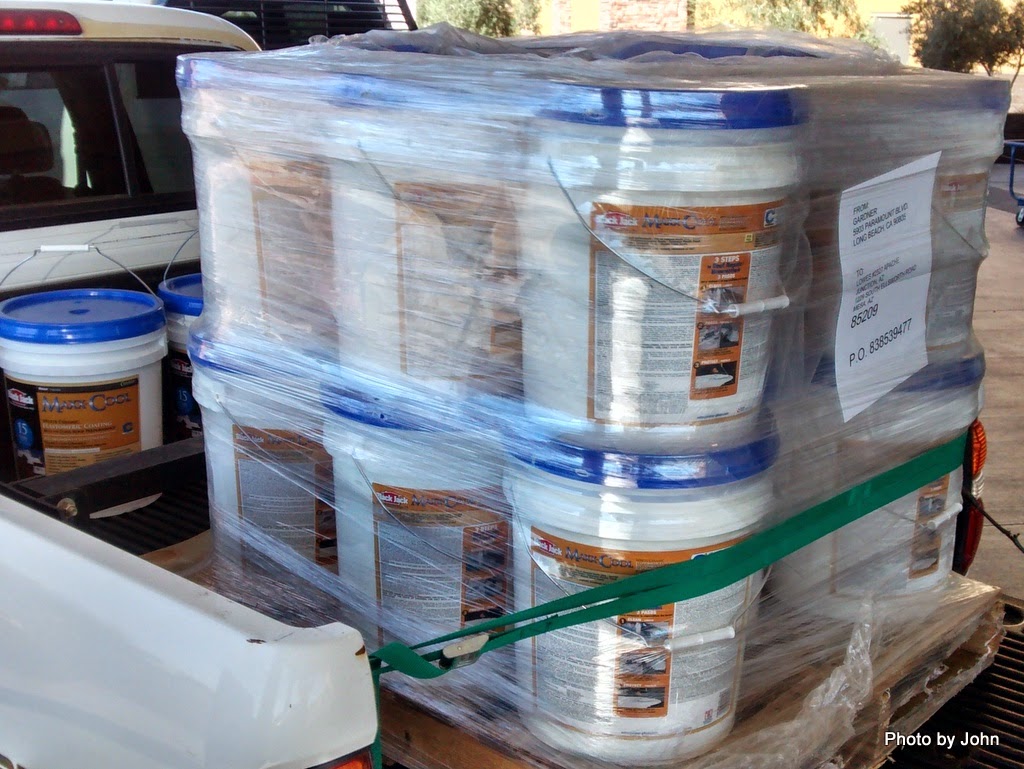 We're starting the project with 100 gallons of coating, but since we're applying it to the tops and backs of all the low parapets, I'm almost certainly will have to buy more. 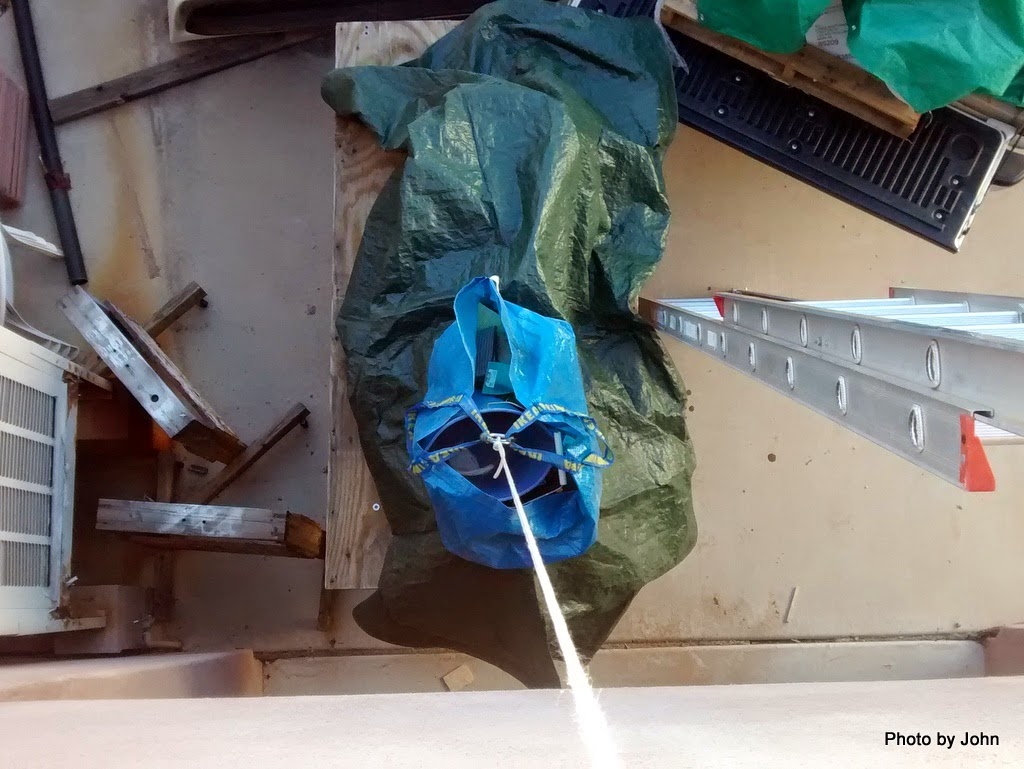 Getting tools and "stuff" on the roof is easy enough. An IKEA bag, a rope, and a carbiner works well. It seemed easier to me to have BJ hooking up loads instead of running up and down the ladder, but...

The buckets weigh 70 pounds each. Turns out, "easy" wasn't part of the vocabulary. Many trips up and down the ladder... 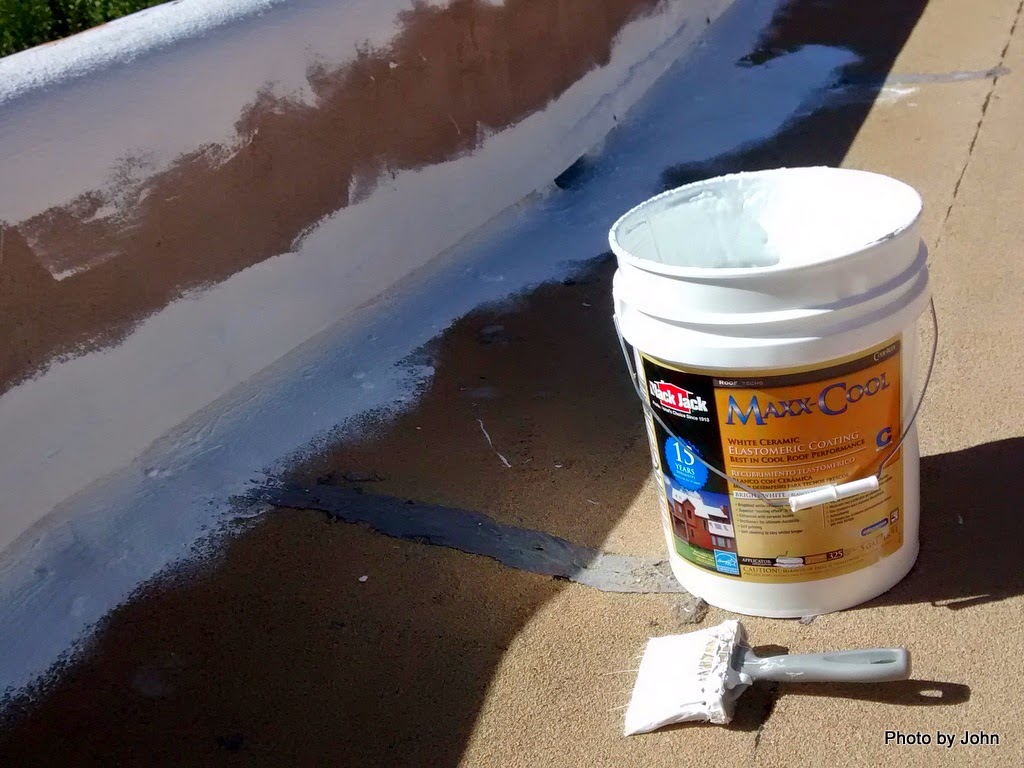 I got started, working the caps, corner, and edges with the brush, starting with the patio roof. The major sections will be rolled, but... the weather is still hot enough that it can only be applied in the mornings. I was hoping for cooler next week, but now the reports include chances of rain.

Meanwhile, friends I haven't met yet are having a wonderful time in Utah. If it wasn't for the roof, I'd be prone to hook up and run north. Instead I just read Suzanne's, Jim & Gayle's, and Mark's blogs about all the beauty that we're missing.
Posted by Just Finding Our Way at 2:30 PM