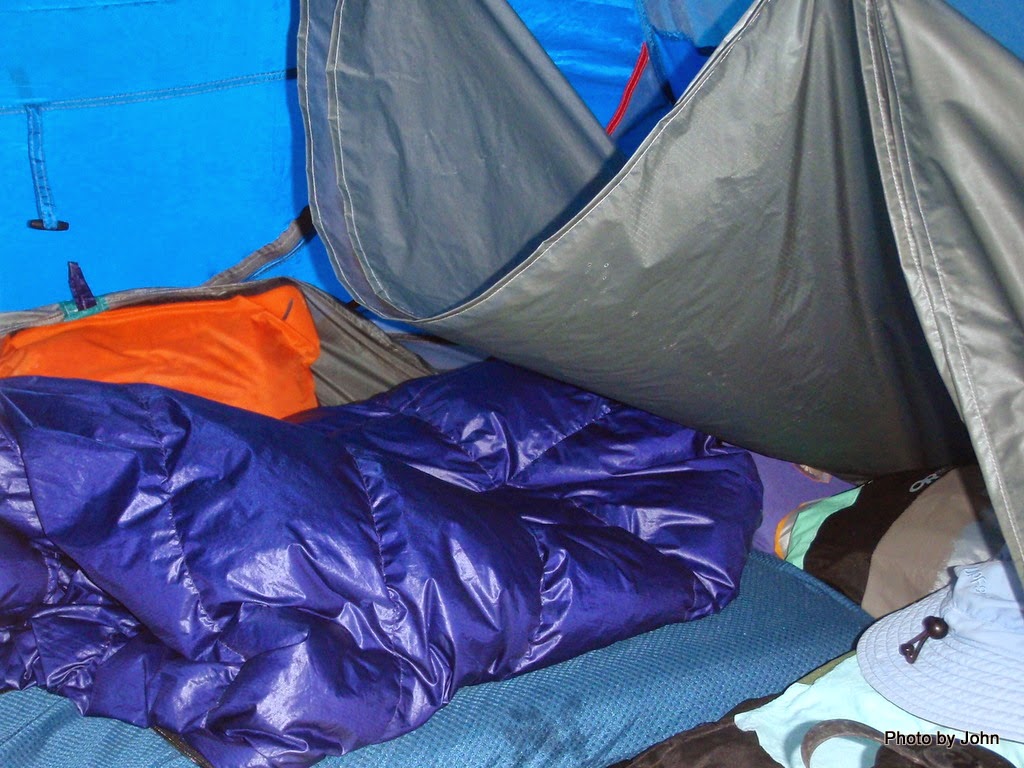 Sunday, September 28 - We had thunder, lightning, and rain until about 2 a.m. last night. Turns out three of us also experienced tent leakage. Alan and John were able to resolve their leaks. BJ did as well, but in her case it involved using her nylon tarp to built a tent within her tent. 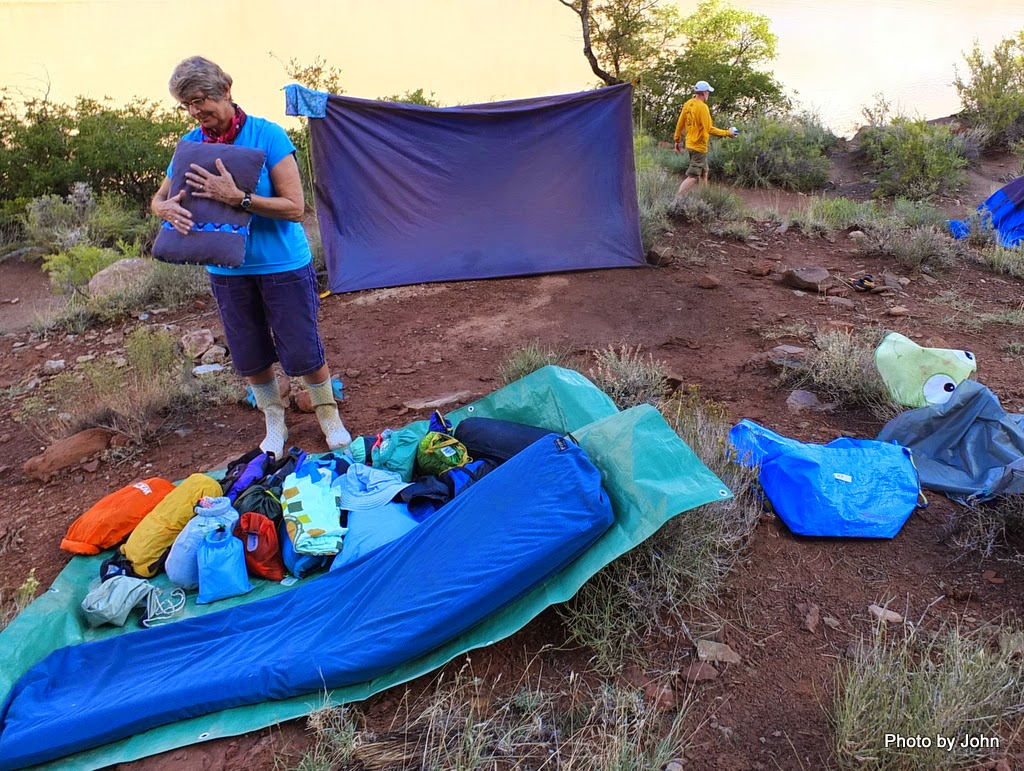 After a few morning showers, BJ emptied out her tent and turned it up so that the floor could dry. It's the first time she's ever had a leaking floor. The leaking vent was an easier fix. 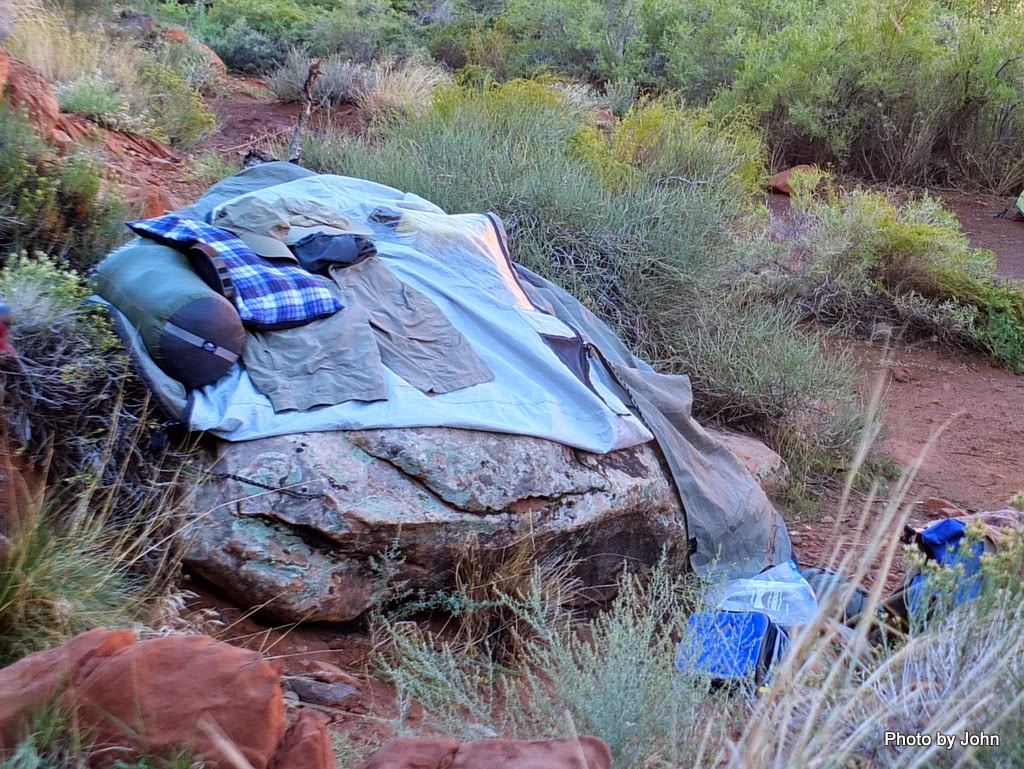 Meanwhile others had their gear laid out to dry as well. 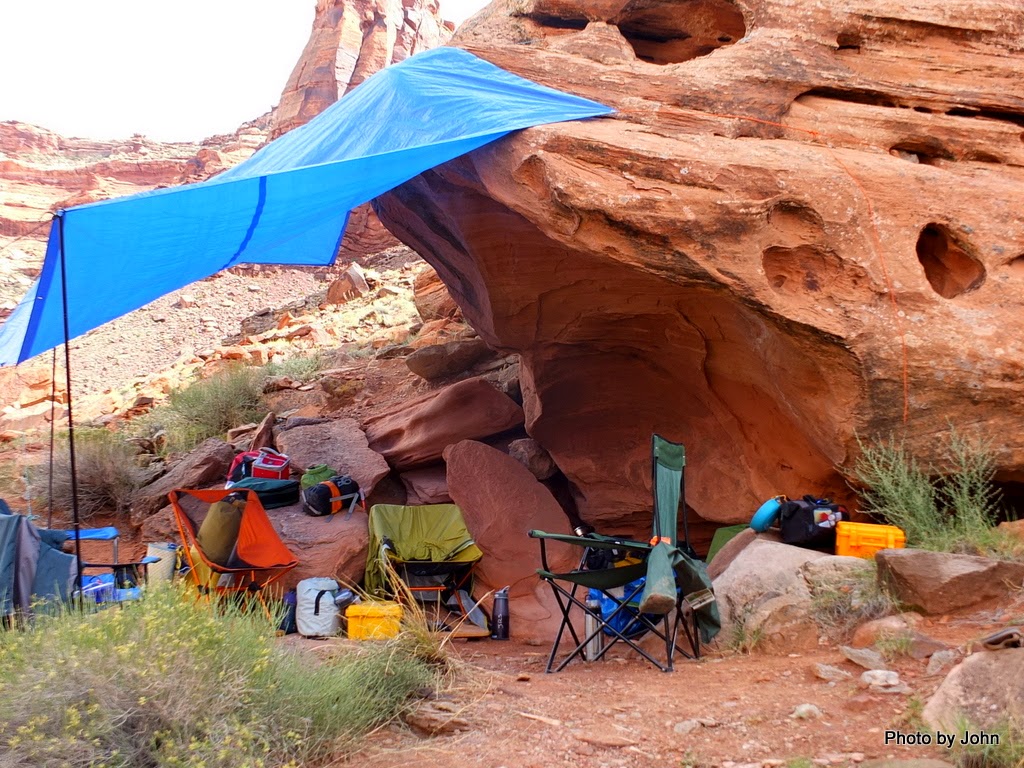 Even the kitchen was impacted. One of the grommets on the large, cheap plastic tarp tore out so we ended up removing the second tarp that created a larger kitchen area and re-rigged the tarp to avoid the bad grommet. 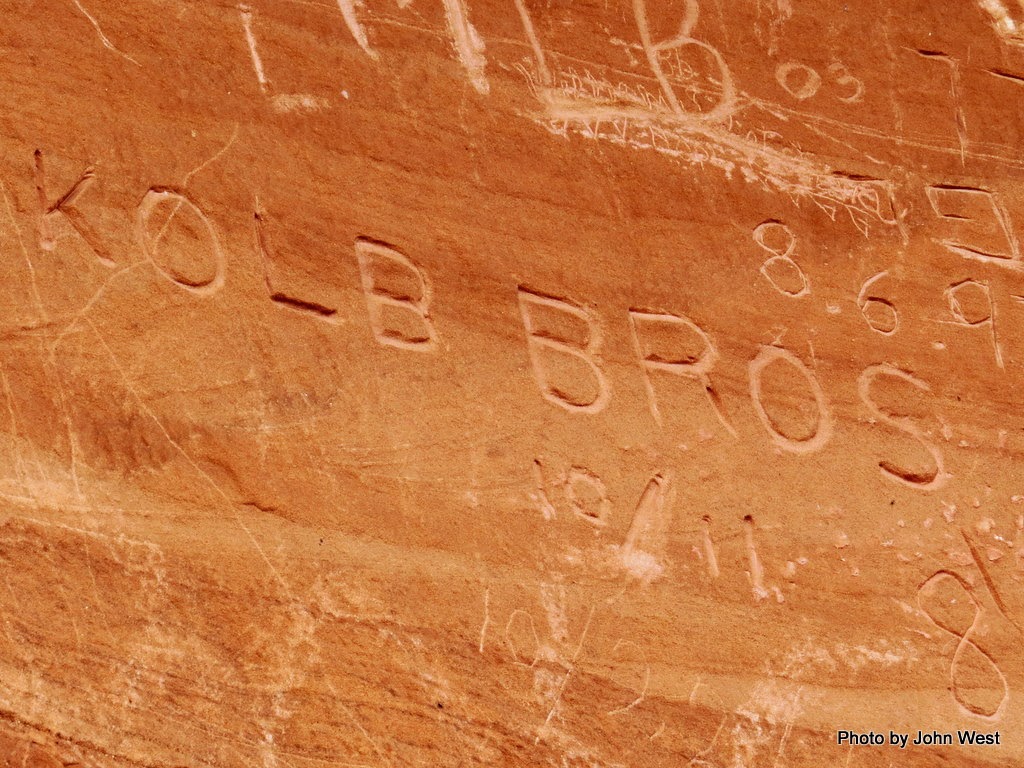 Later in the morning, John, Alan, and Kathy headed back up to the hogback to search for the Kolb Brothers inscription from their trip in 1911. Their trip down the Green and Colorado rivers resulted in a film that they showed daily at their Grand Canyon studio from 1915 to 1976. 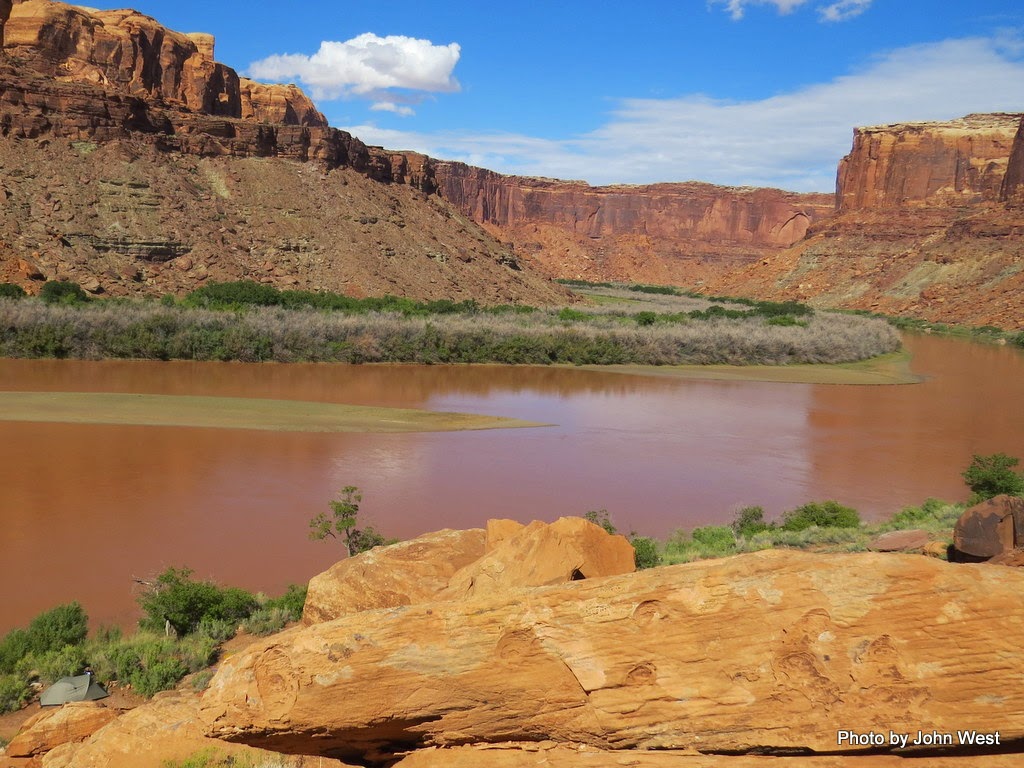 By Sunday afternoon, the sky seemed to be clearing. Meanwhile the river had turned red indicating some of the canyons had flashed from the storm last night, and the river level was starting to rise.

The storms came back in the evening with very gusty winds, and nearby thunder and lightning leading to another early night. 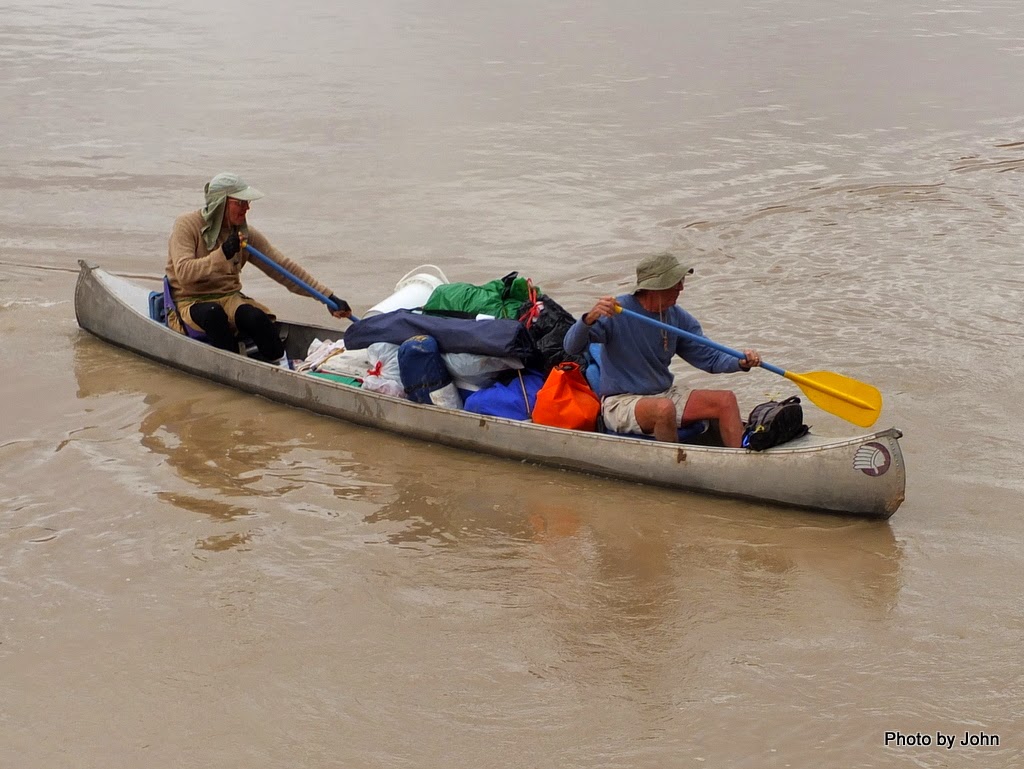 It was interesting to see how many of the canoeists didn't bother with PFDs (personal flotation device) either. 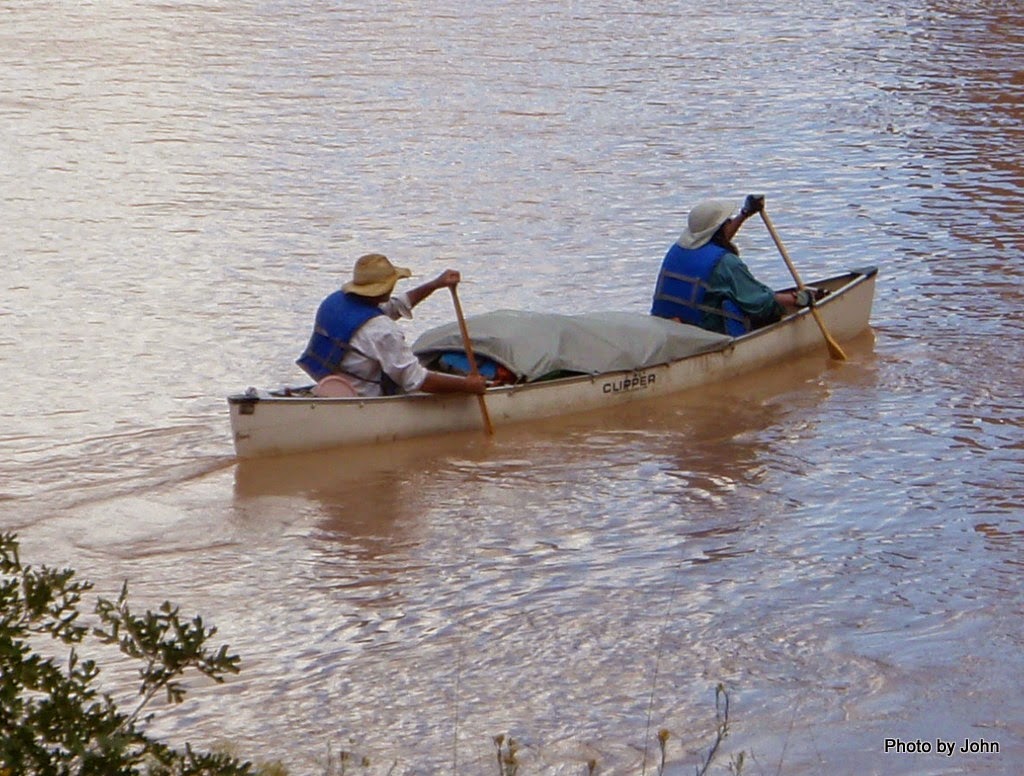 This Clipper canoe was operated by serious trippers, complete with a fitted tarp to cover their gear. 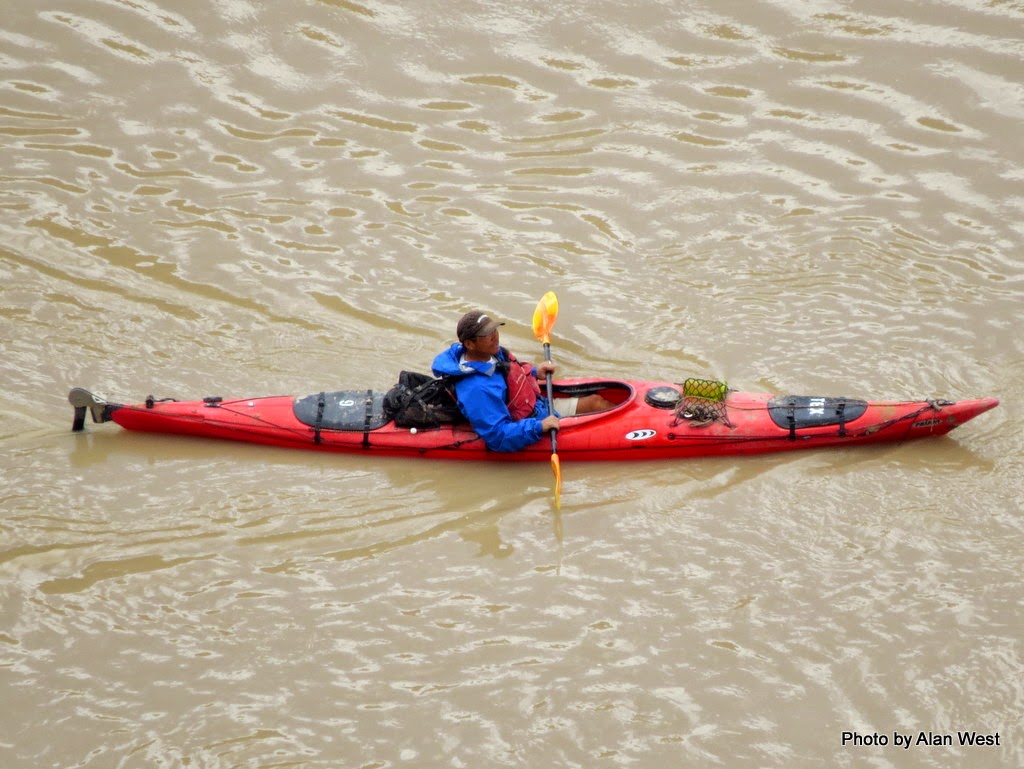 Most of the kayaks were cleanly loaded but we did see some others later in the trip that sported massive deck loads. 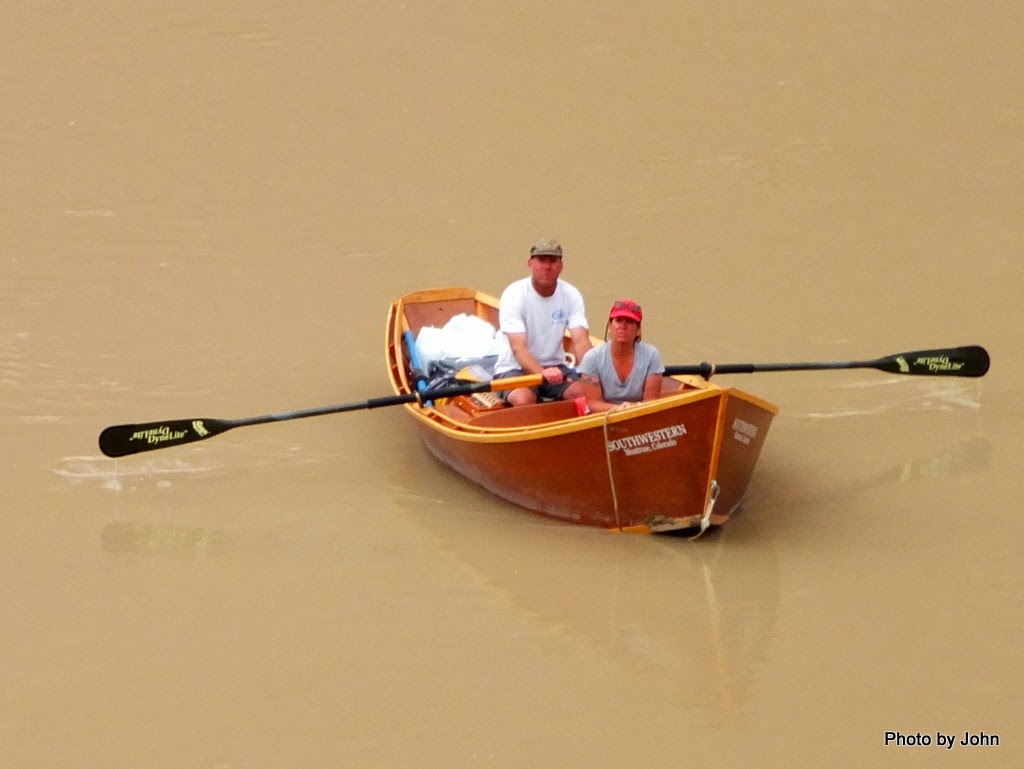 It's my bias, but this may have been the nicest boat we saw on the river. This couple from Montrose, CO were traveling from the town of Green River to Mineral Bottom in their hand-crafted dory. Nice!

Over a two day period we saw 25 canoes, 3 kayaks, 3 rafts, and a dory pass by our camp. All but three were doing just the Labyrinth Canyon section, taking out at Mineral Bottom.
Posted by Just Finding Our Way at 2:30 PM