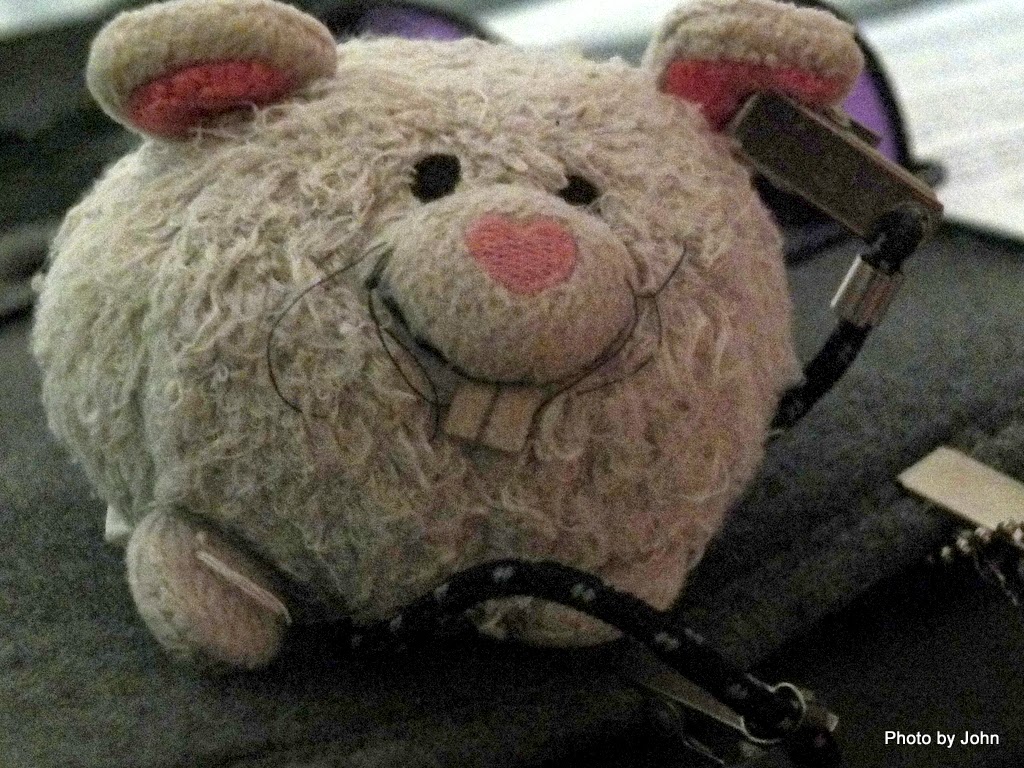 Squeak has been on many trips with us. He originally joined our Green River trip in 2007 to represent a close friend who couldn't join us on the river, and has done a number of trips since then. He's already done a Grand Canyon trip this year and I'm sure he's looking forward to time on his favorite river where he has a good excuse to be even dirtier than he is. 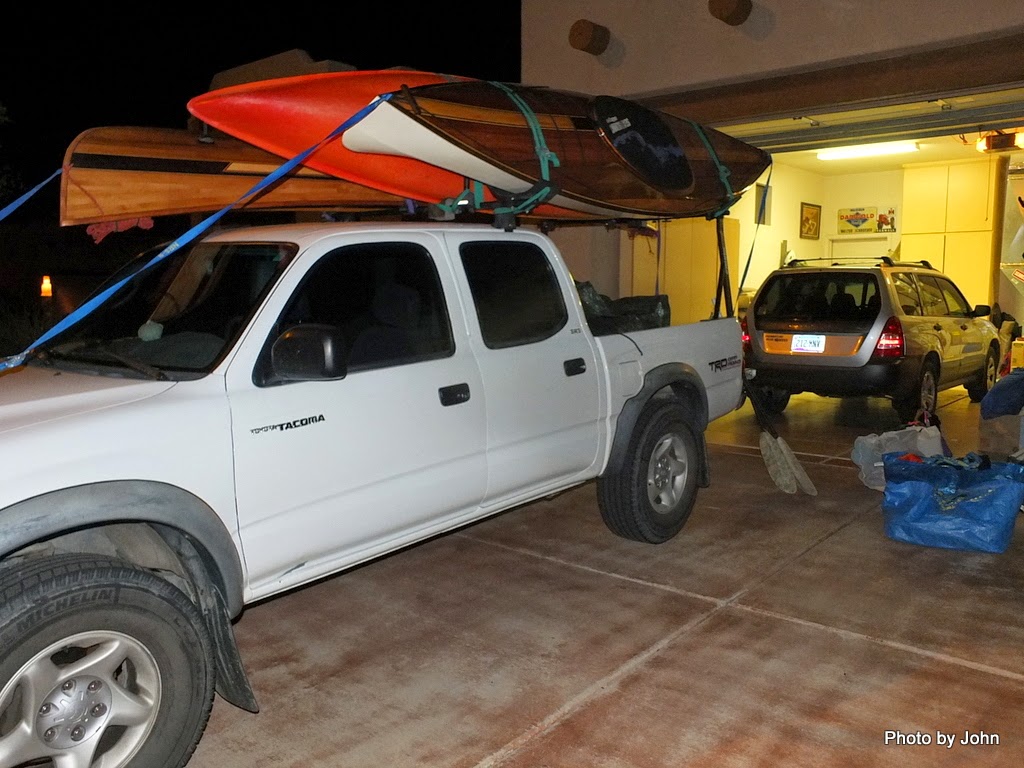 We had the three boats, including Kathy's Knot Too Shabby, loaded the day before so that when Kathy showed up at 5:15 we were ready to load the remainder of her gear and be on the road. 540 miles to Moab... 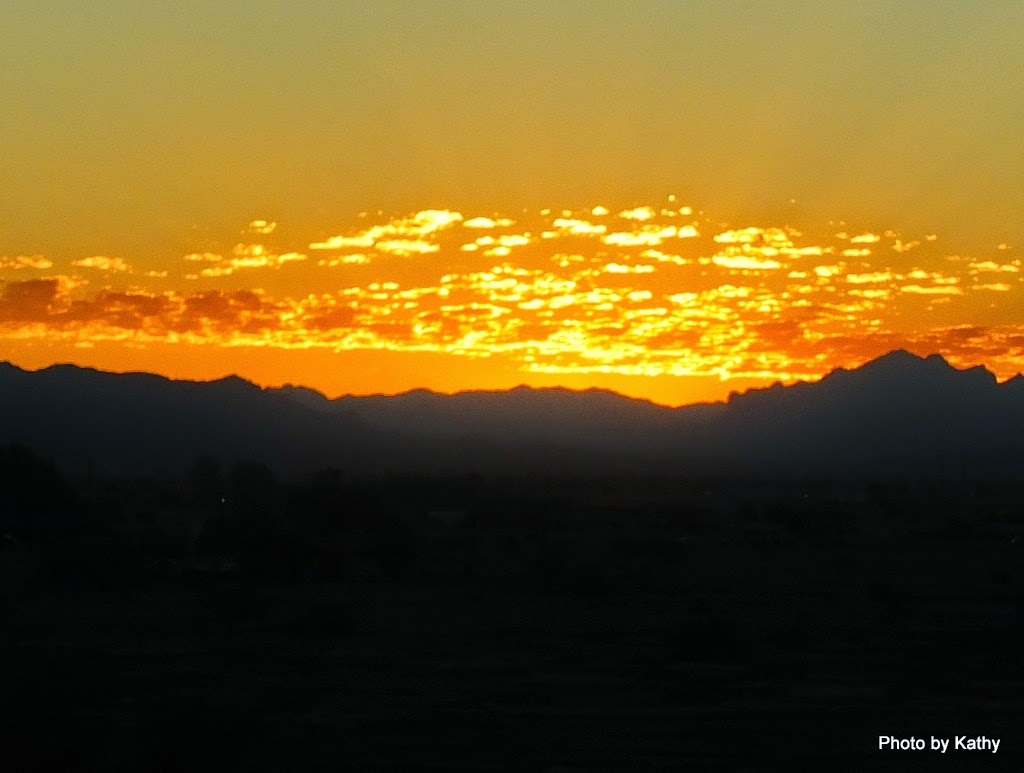 The sun was just starting to peek over the hills as we headed north through Scottsdale. 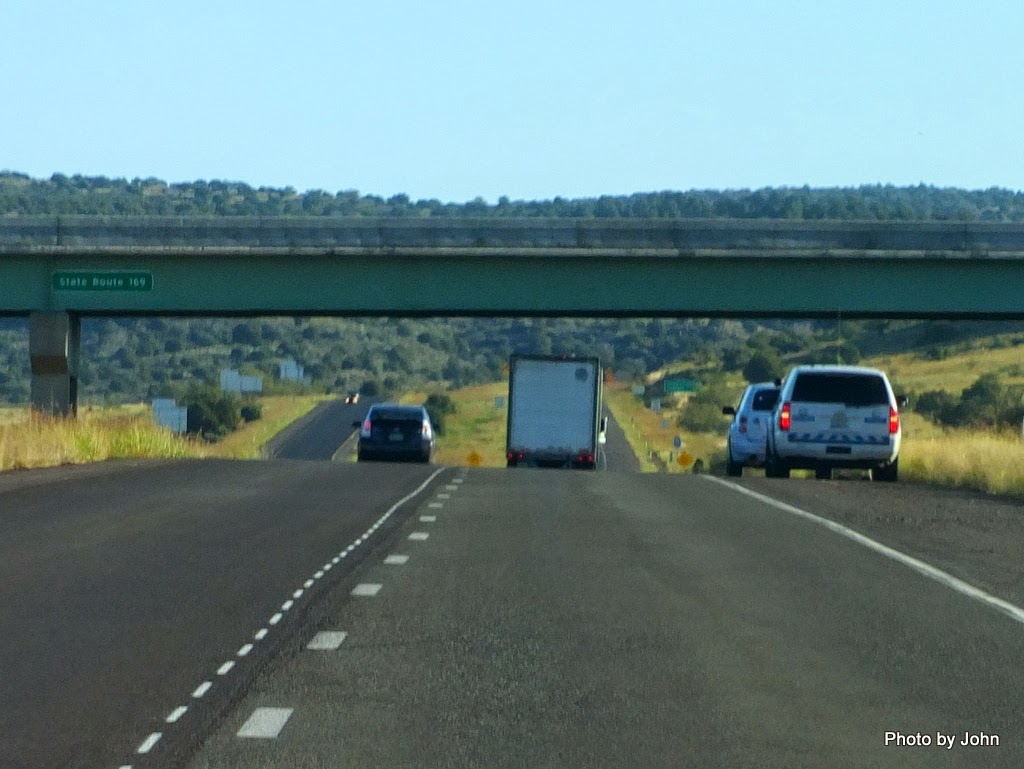 State Troopers were out in force, especially the first 240 miles where we saw thirteen. That's more that we've seen all summer. We saw one more in Utah. Not sure why there were so many - maybe they were getting their days in so that they didn't need to work the weekend? 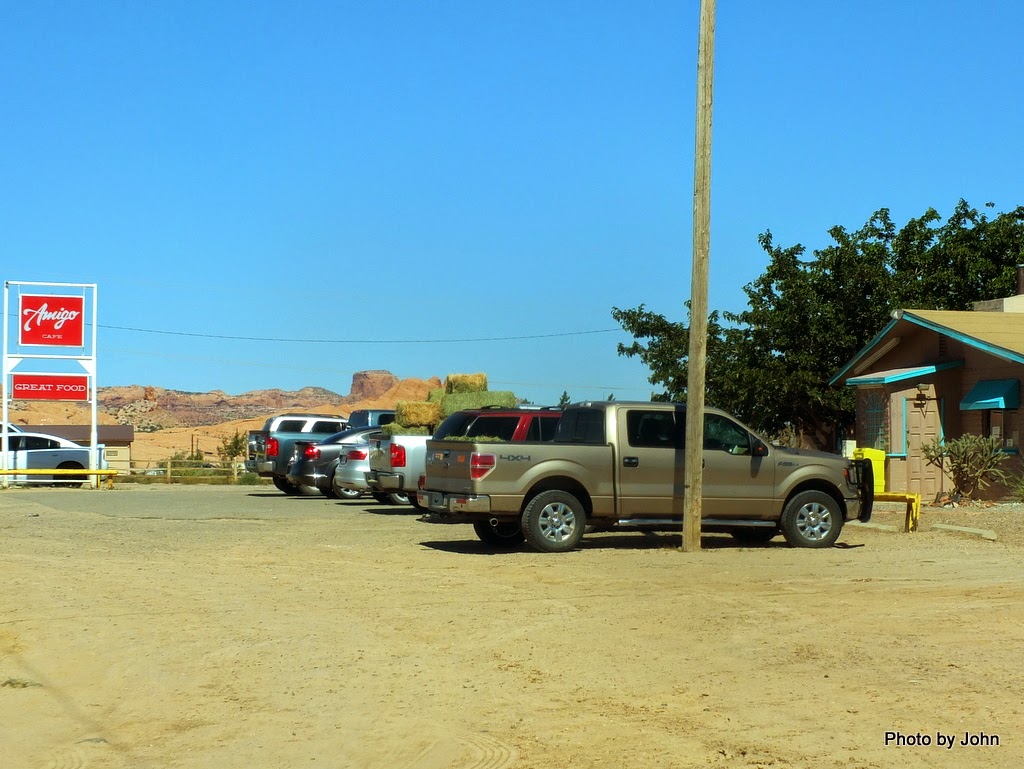 We stopped for our obligatory Navajo taco at the Amigo Cafe in Kayenta. It doesn't look like much but it's good food and good value. We were the last to get a table. The waiting line started to build behind us. 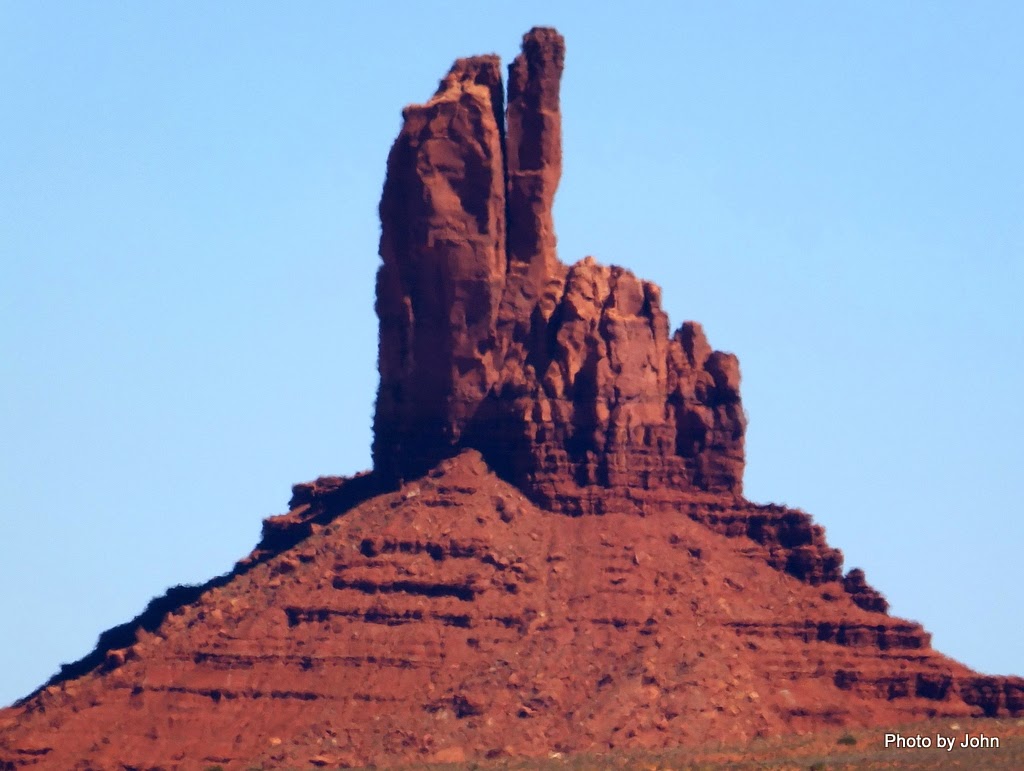 Not a cloud in the sky as we drove through Monument Valley. Every year we saw that we need to come back and spend more time here but every one of our Monument Valley experiences has been a drive through on a schedule to get somewhere else. 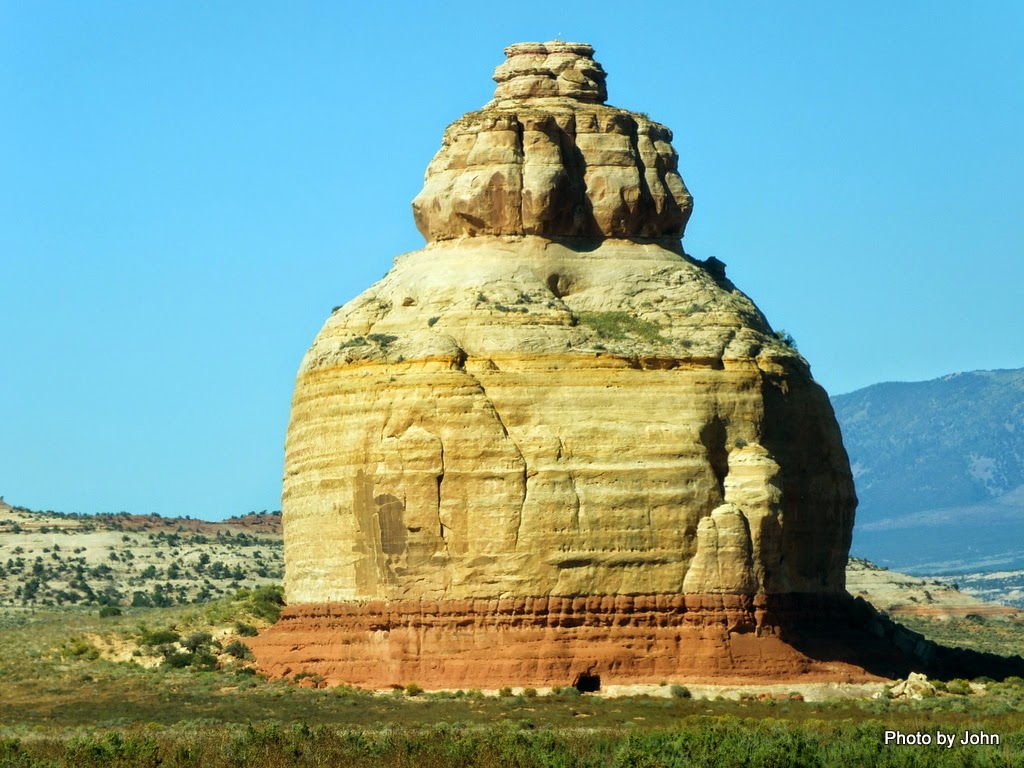 When we spotted Church Rock, we knew we were getting closer. Just 40 miles to go... 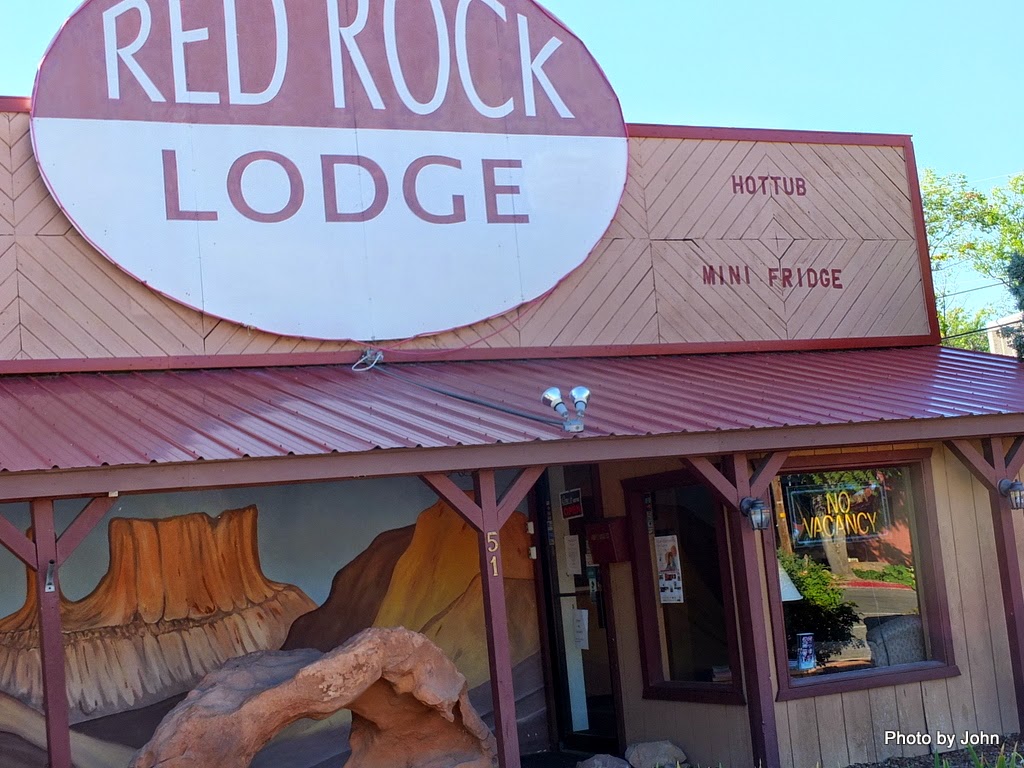 Nine hours driving plus an hour lost to time change later, it was nice to have reservations. Just about every motel in town had their No Vacancy sign lit. The Red Rock is very basic, but it's part of our Green River trip experience - we've stayed here every trip.

If all goes according to schedule, we should be somewhere near the end of this year's Green River trip when this post publishes. We could be as far as Spanish Bottom so that we can hike to the Doll House before the jet boat picks us up, or we may be further up river depending on where we decide to take our anticipated layover day. We should be back to civilization (aka cell connectivity) the afternoon of October 6th.
Posted by Just Finding Our Way at 2:30 PM