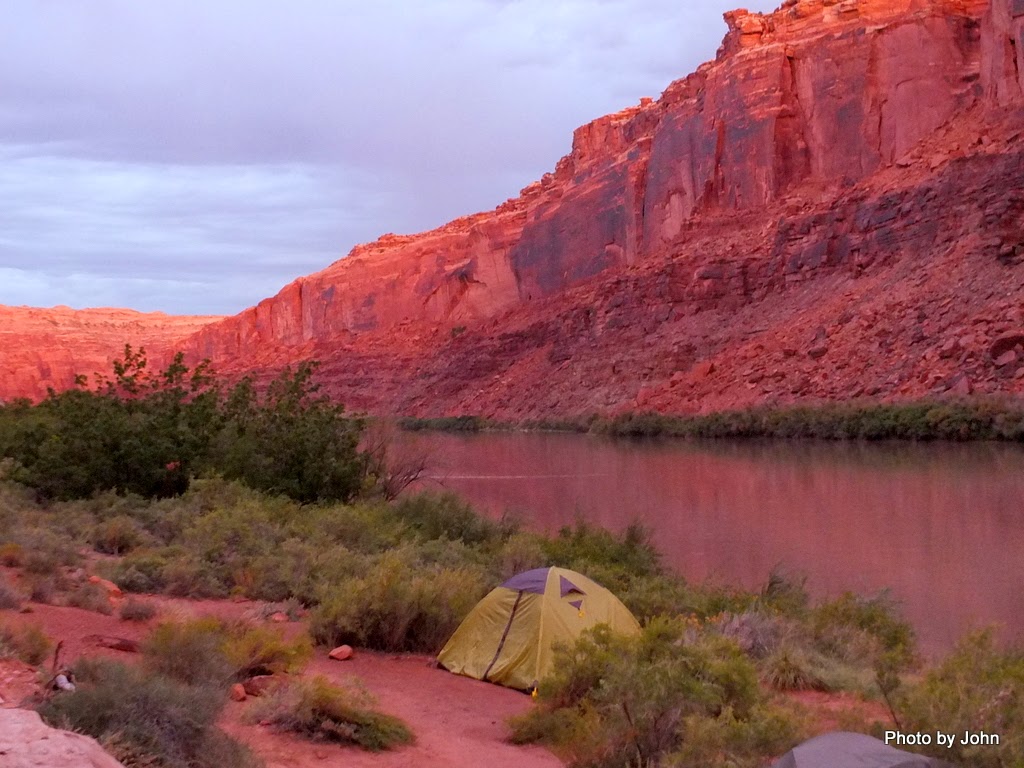 Saturday, September 27 - While the weather report had called for a 50% chance of rain overnight, at daybreak we hadn't experienced any yet. The Weather Underground report for the Canyonlands Airport was calling for increasing chances of rain and thunderstorms as well as higher winds, so we used one of our extra days to stay put. 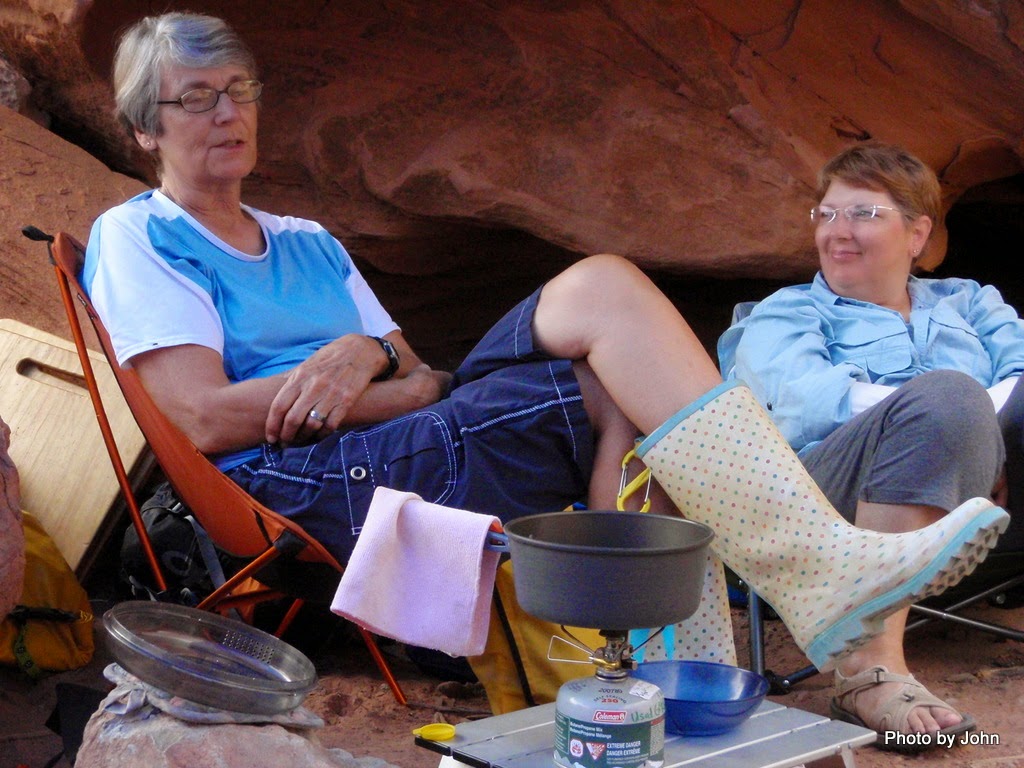 We got tarps rigged over a "kitchen" area just before we started getting some light rain. While the surface wasn't level, the massive rock did a nice job of holding up one side of the tarp and provided some wind break. 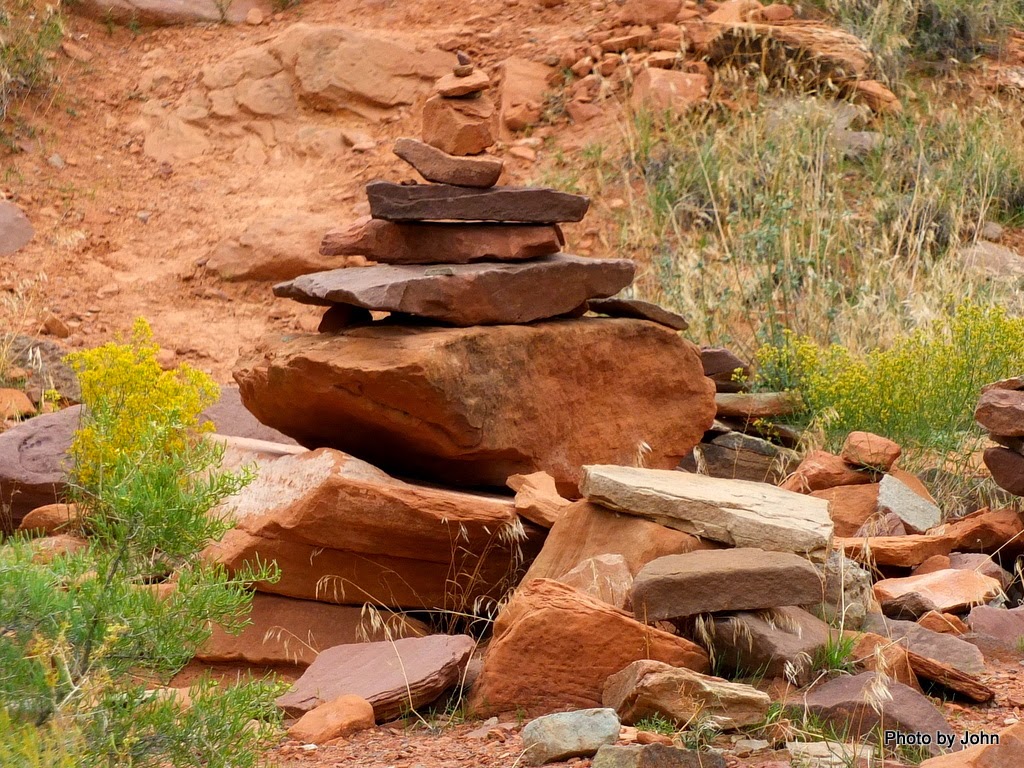 We started getting some sun showers mid morning and most of us decided to hike up to the Bowknot viewpoint. The trail is user defined up a steep slope of rock fall at the east end of the Bowknot hogback. The start of the trail is clearly defined by a large cairn. 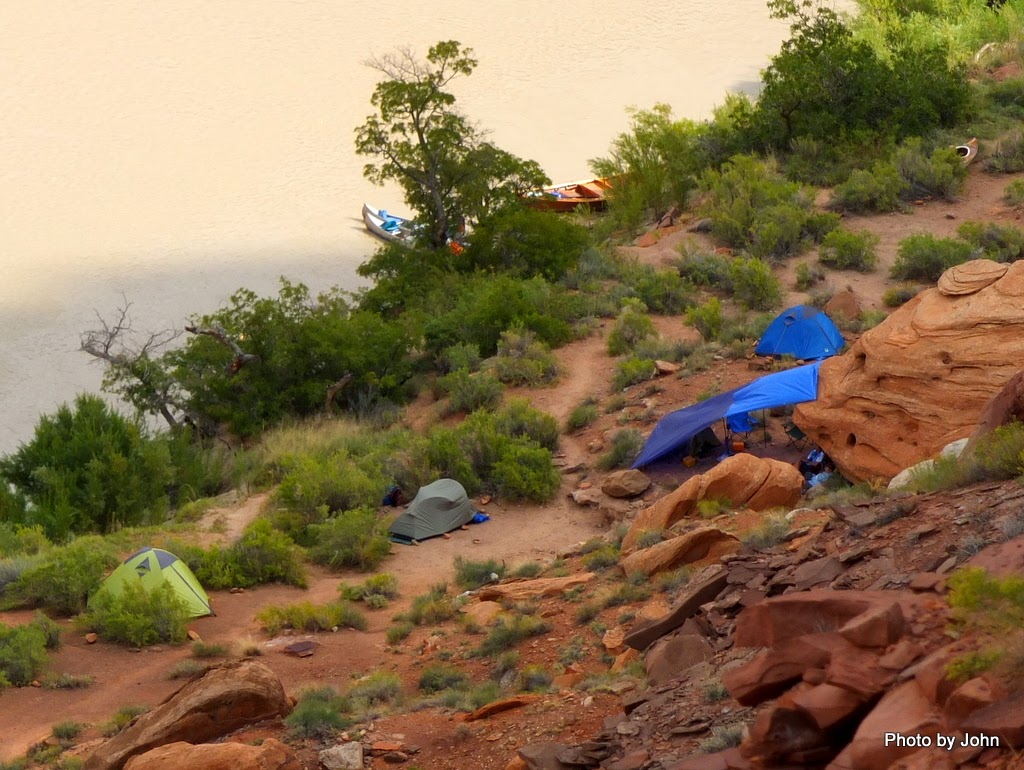 Part way up the trail I was able to get a picture of the main portion of our camp. Alan's tent is out of the frame to the left. My tent is hidden by the massive rock that forms the upper side of our kitchen space. Kathy has the lime green tent, John has the grey tent, and BJ has the blue tent just beyond the kitchen area. 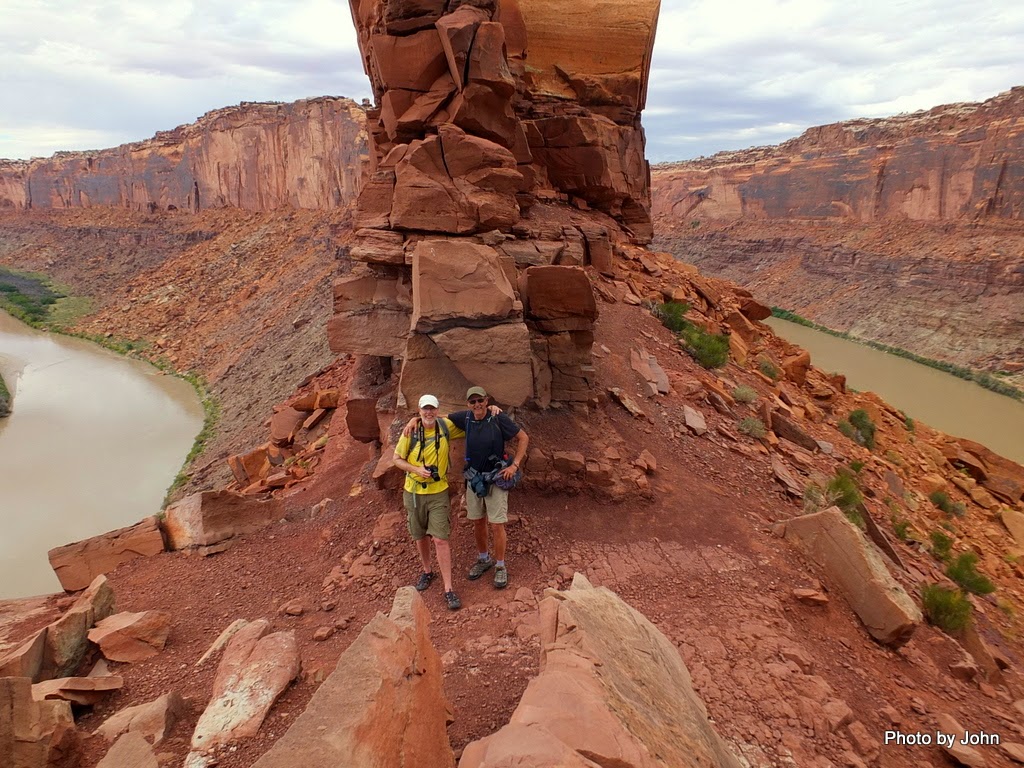 The brothers West pause at the top of the trail before heading off to the west end of the hogback while I chatted with some other groups coming up the trail. In this westward looking view, river mile 62.6 is center left while river mile 70 is on the right side of the picture. 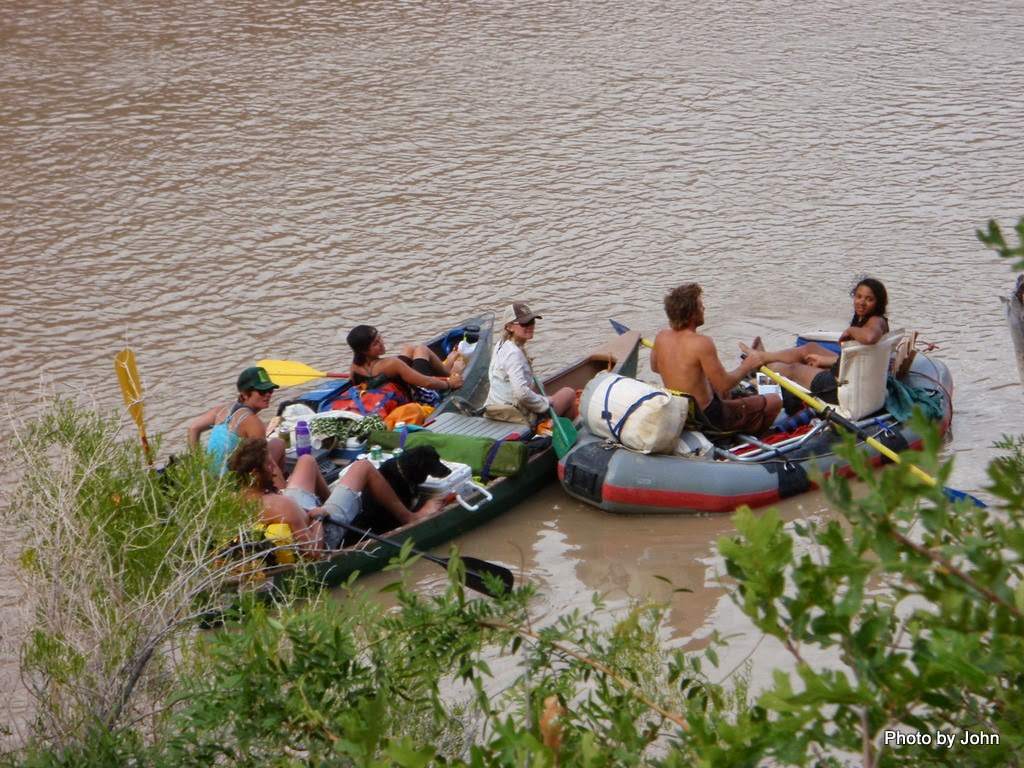 We had a lot of river traffic today, perhaps noticeable because we were sitting still. A group of three canoes and a small oar rig stopped by about 3:30 in the afternoon and had a fairly long discussion before most of the people disembarked and rigged the canoes for a tow. 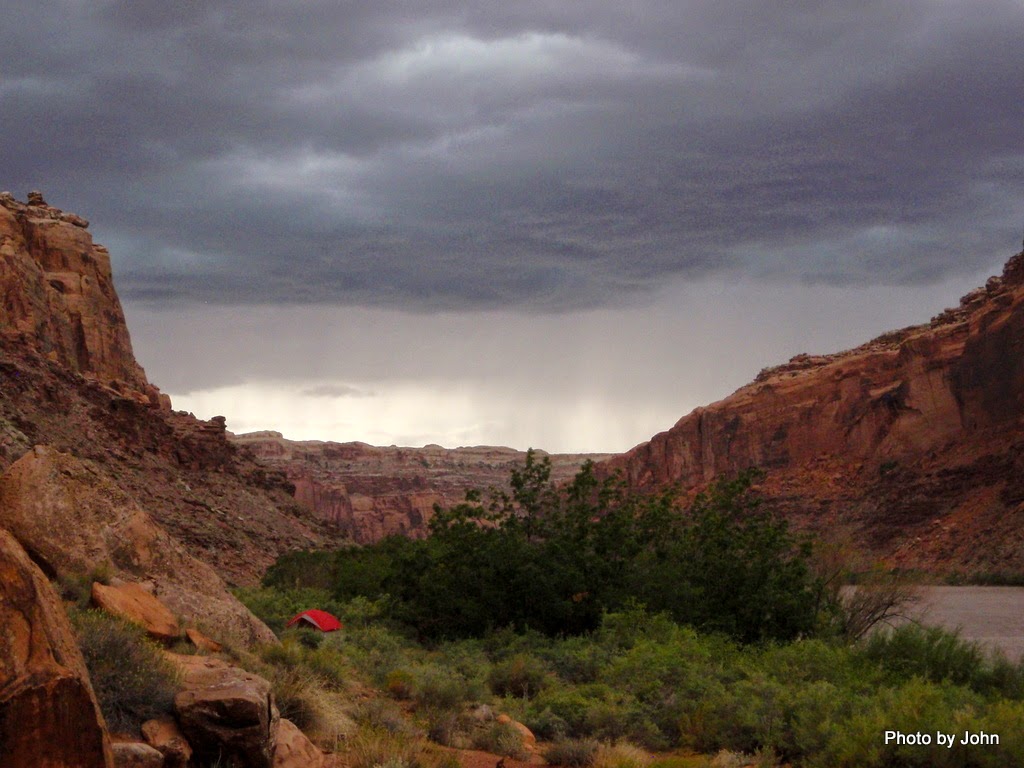 About 4:30 p.m., as the skies grew dark and we hear muted thunder, the canoe crews and their dog headed up the trail to the viewpoint while the raft headed downriver with the canoes in tow. They apparently hiked over the ridge and back down to the river to catch their boats on the other side.

We, on the other hand, were enjoying the benefits of tarps, and were all in our tents in pouring rain by 6:30 p.m. after an early supper.
Posted by Just Finding Our Way at 2:30 PM