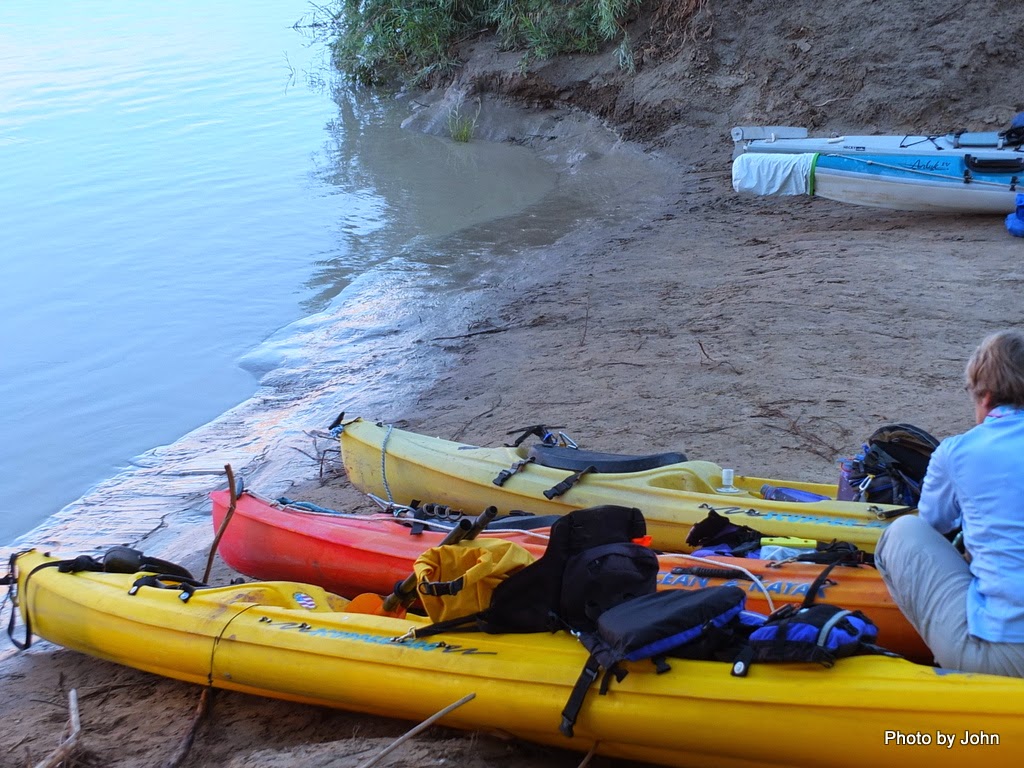 Tuesday, September 30 - With seventeen tents set up around Mineral Bottom and untold others coming in on shuttles for launches today, the launch area had the potential to be a zoo. We broke camp early and had the plastic boats and my canoe ready to launch, just waiting for fresh water coming in on the shuttle. 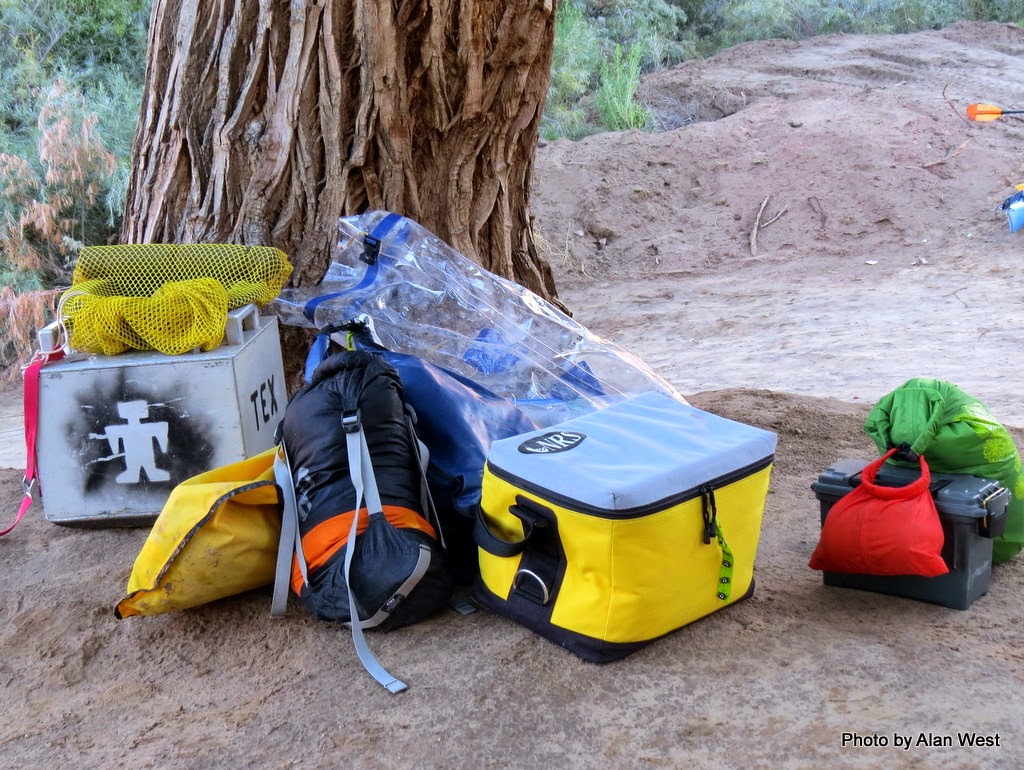 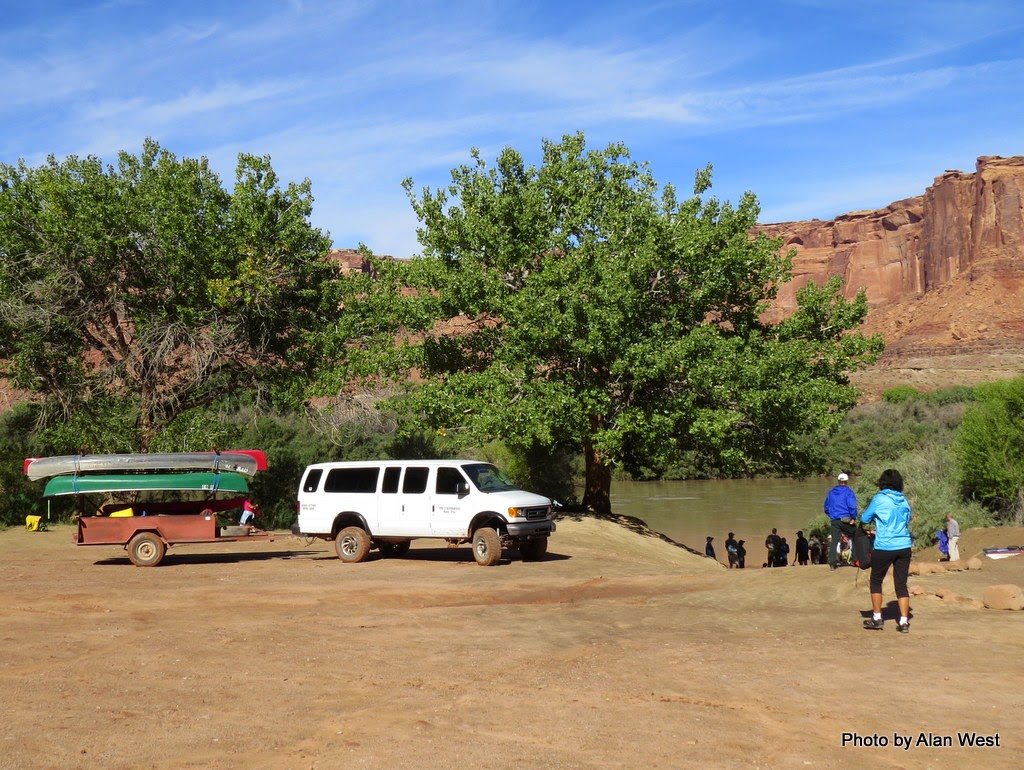 When Tex's shuttle showed up, we all fell in to help unload gear and boats. Originally we were supposed to have three people join us here, but one had to drop out at the last minute. 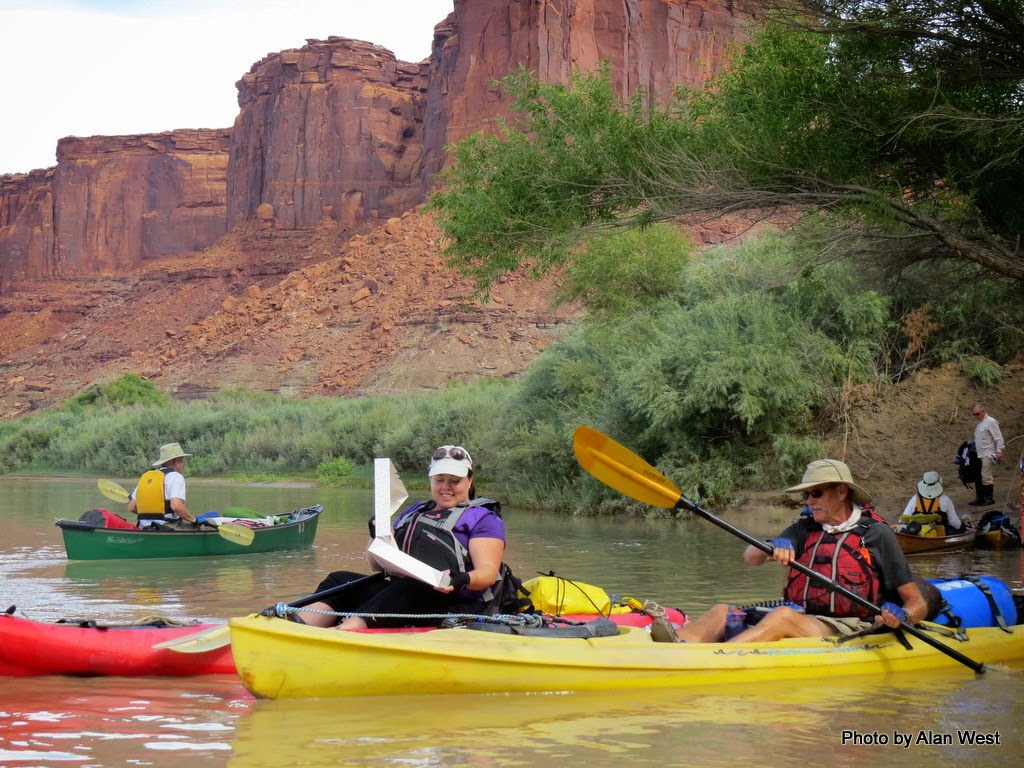 We were the first group of the morning to get on the water. We didn't get too far at first. Ian & Beth brought donuts for everyone. That may become a requirement for folks joining any future trips at the mid-point! 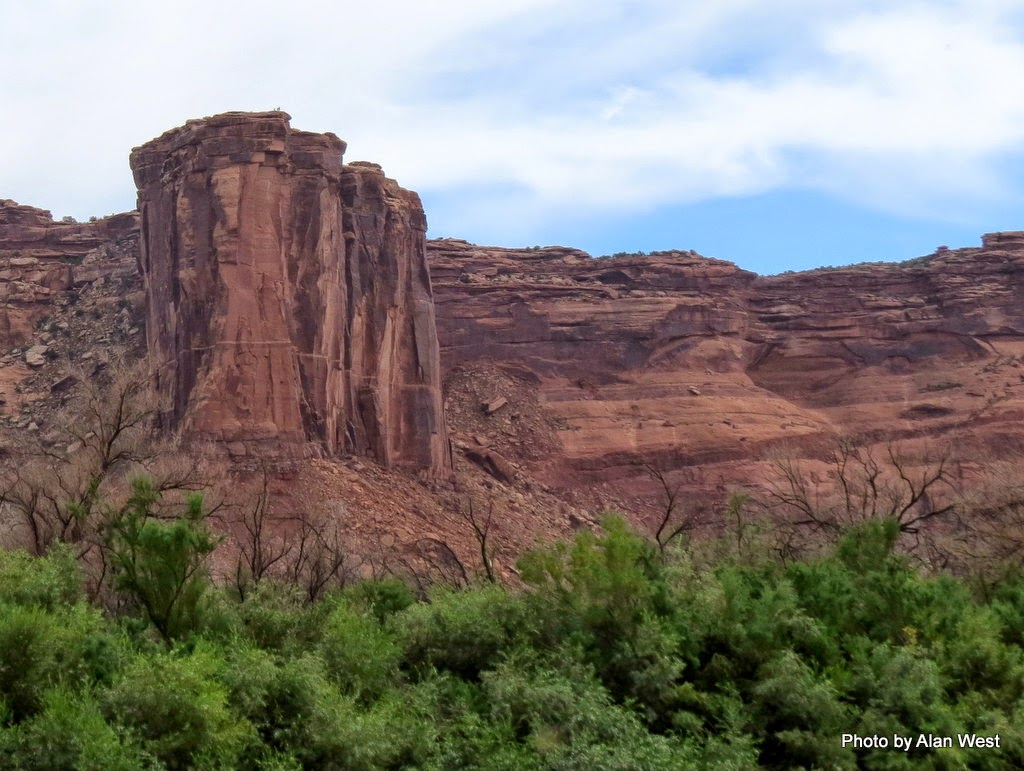 We had some unusual entertainment this year as we paddled down Horsethief Bottom. Turns out some base jumpers were jumping off the cliffs. 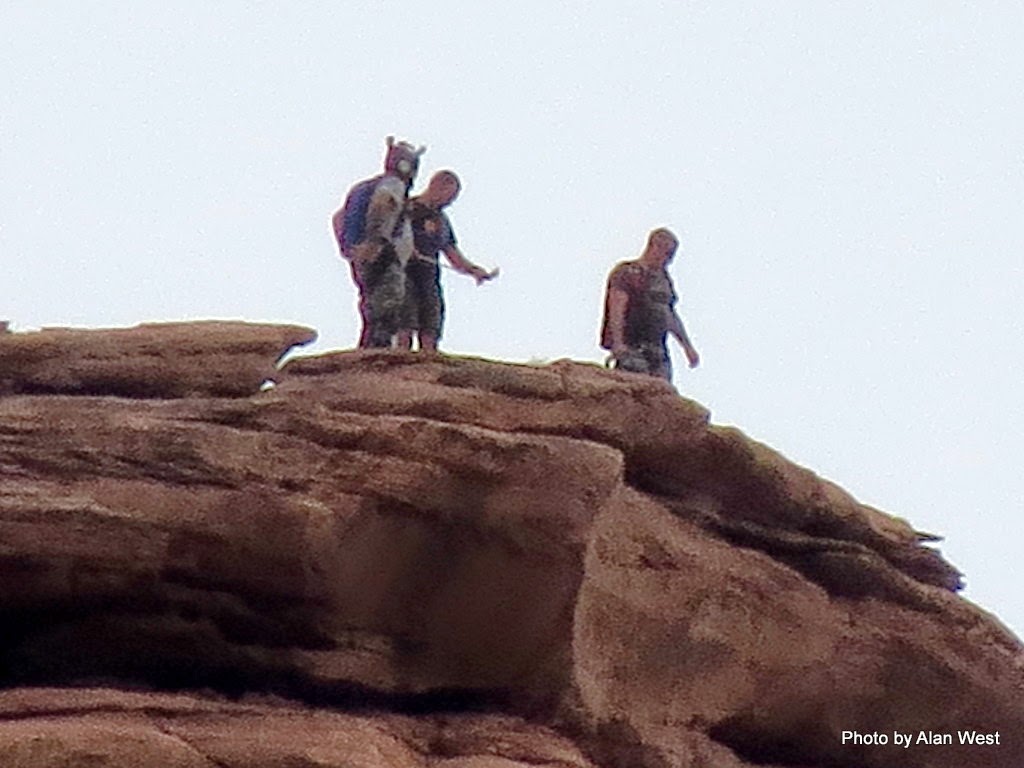 Alan got some decent pictures with his 50x zoom. 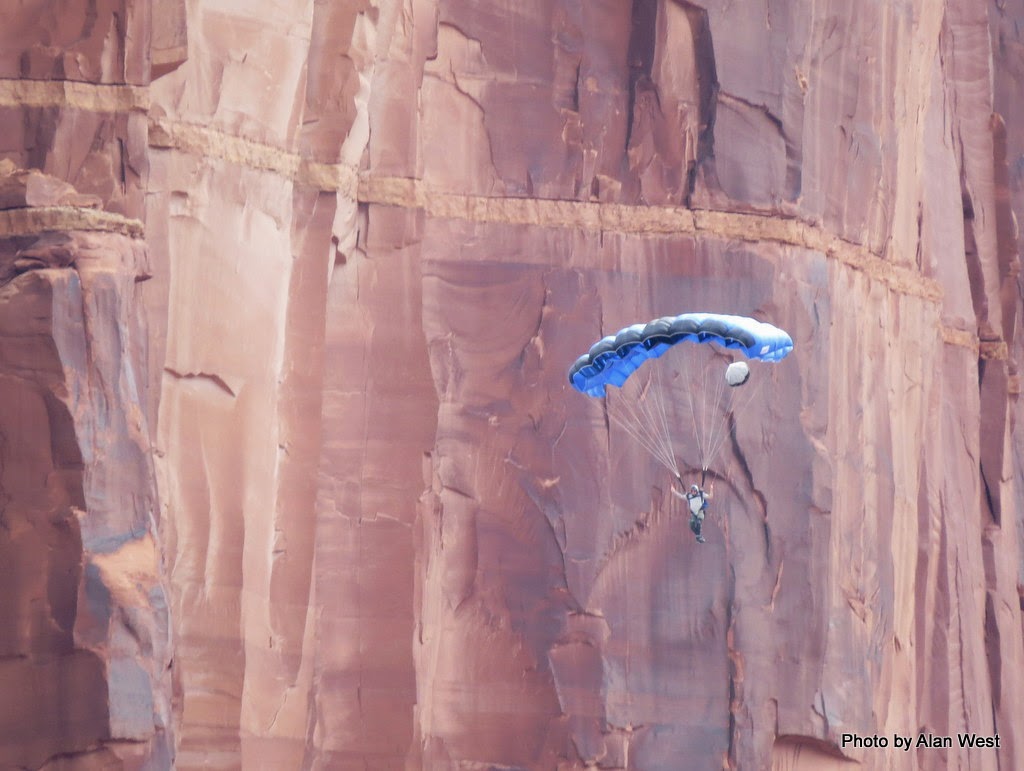 Not something I'd care to do, but it was interesting to watch. 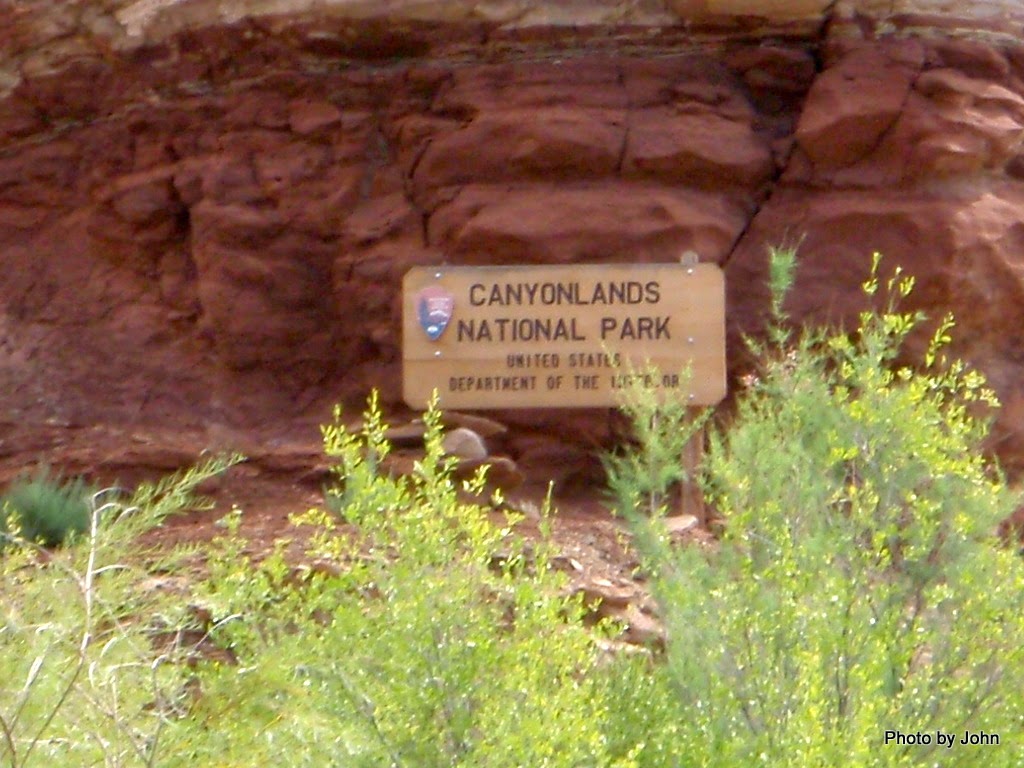 After the corner below Woodruff Bottom (bottoms are the flat sections along the river that were once used for farming or grazing) we entered Canyonlands National Park for the remainder of our trip. The permit for the Labyrinth section is free from the BLM. The permit for the Stillwater section is more expensive but seems to reduce the number of people on the river. 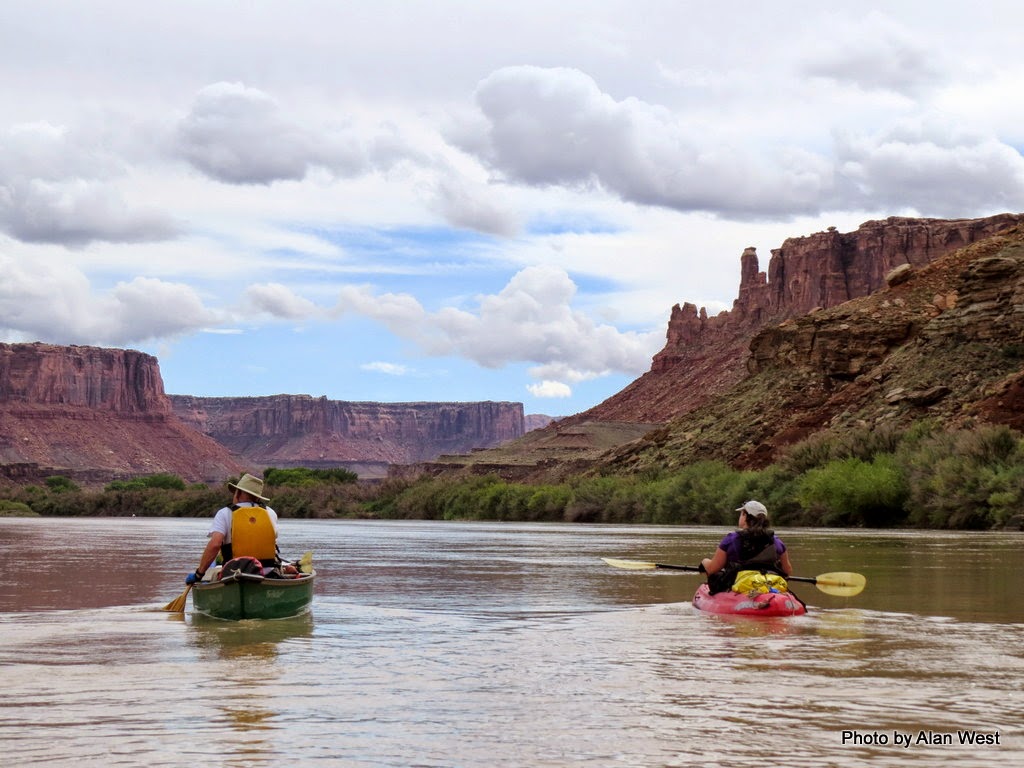 Ian has paddled with me on numerous trips including this section once before. This was the first Green River trip for his daughter, Beth. Ian paddled his 15' Coleman canoe to haul gear so that Beth could paddle her short Caper. 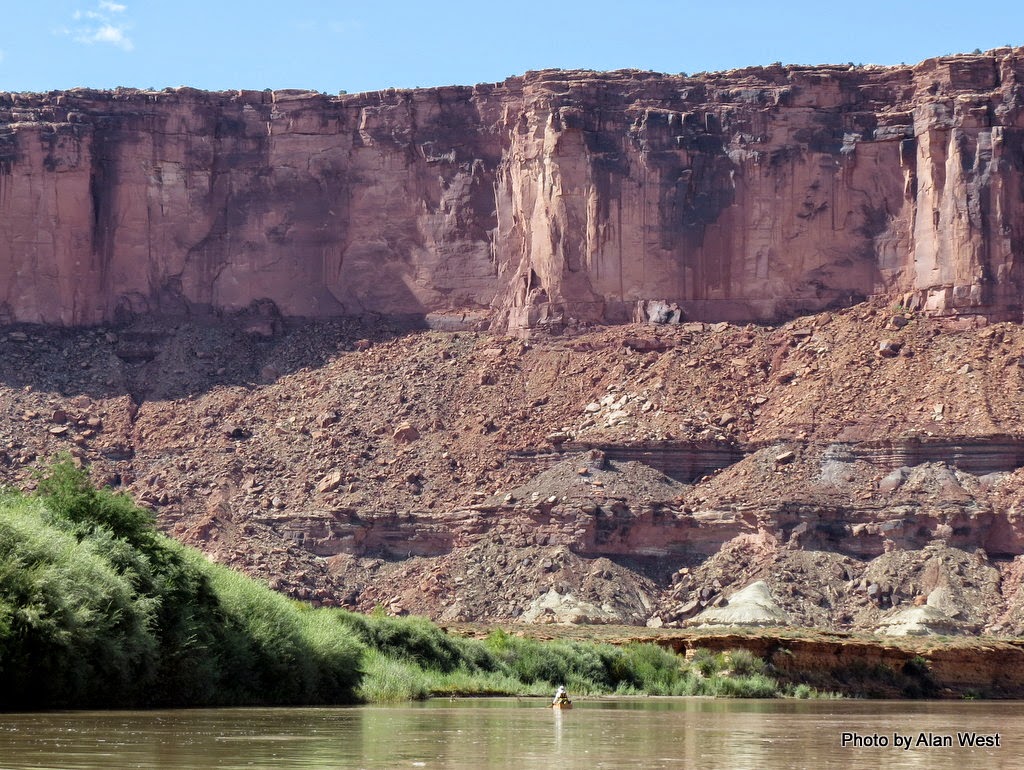 As we approached the north side of Fort Bottom, things were looking pretty sketchy. The normal sandbar on the island was not habitable. There was just a sliver of overgrown sandbar remaining on river left - just enough to provide a place to unload the boats so that we could set up a bucket brigade to get all our gear up onto the shelf. 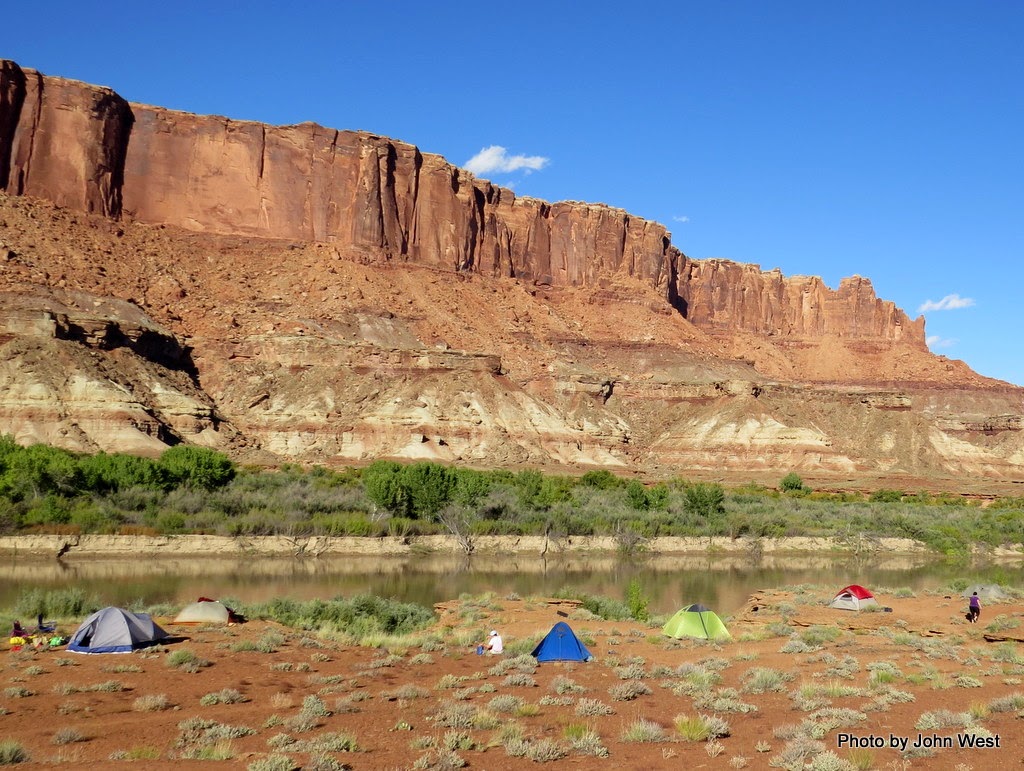 We were able to set up our tents with a wonderful view of the river and the cliffs that surround Fort Bottom. The new plan calls for us to stay here two nights. 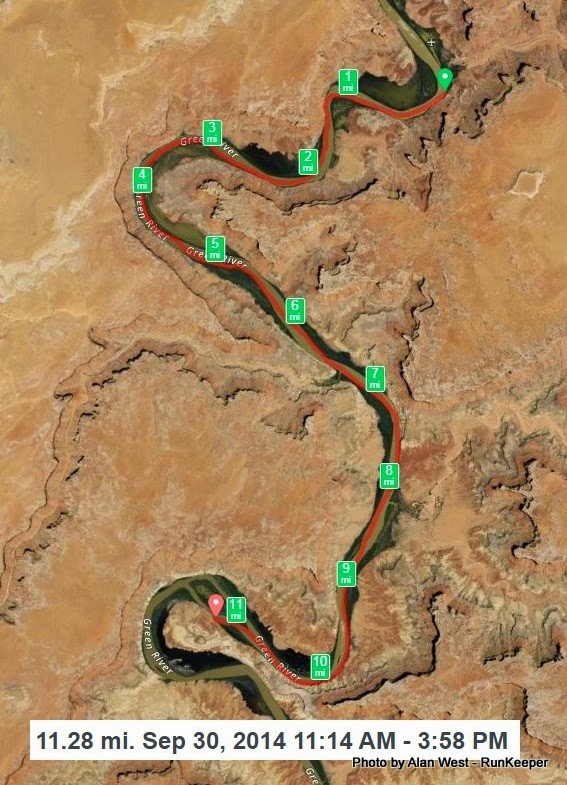 We launched from Mineral Bottom on 5500 cfs with clear skies and minimal breezes, paddling about 11.2 river miles today.

Dinner for BJ and I was chicken, stuffing, and brown gravy. Beth made chicken & dumplings that fed at least four.

Everyone was in their tents by 9 p.m. under clear skies, although the forecast suggested a change for tomorrow.
Posted by Just Finding Our Way at 2:30 PM