My Part is Done 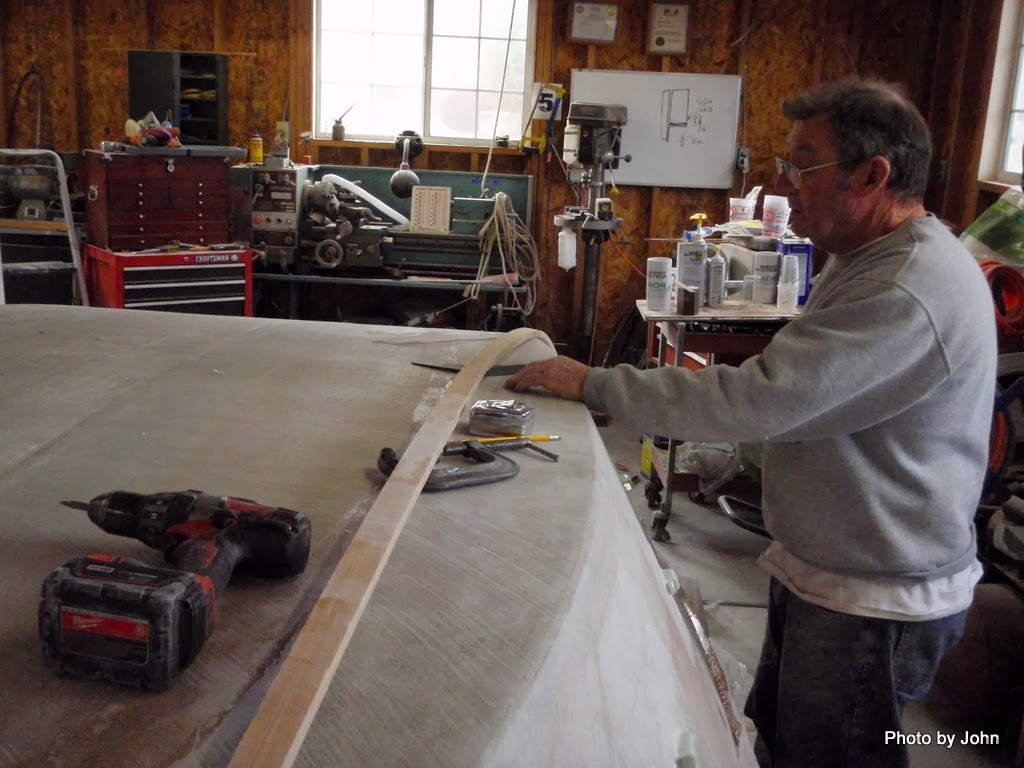 On Tuesday, I put in my last day of work on Helen's Dory. Tony and I started off the day sanding the chines and then installing the chine rub rails. 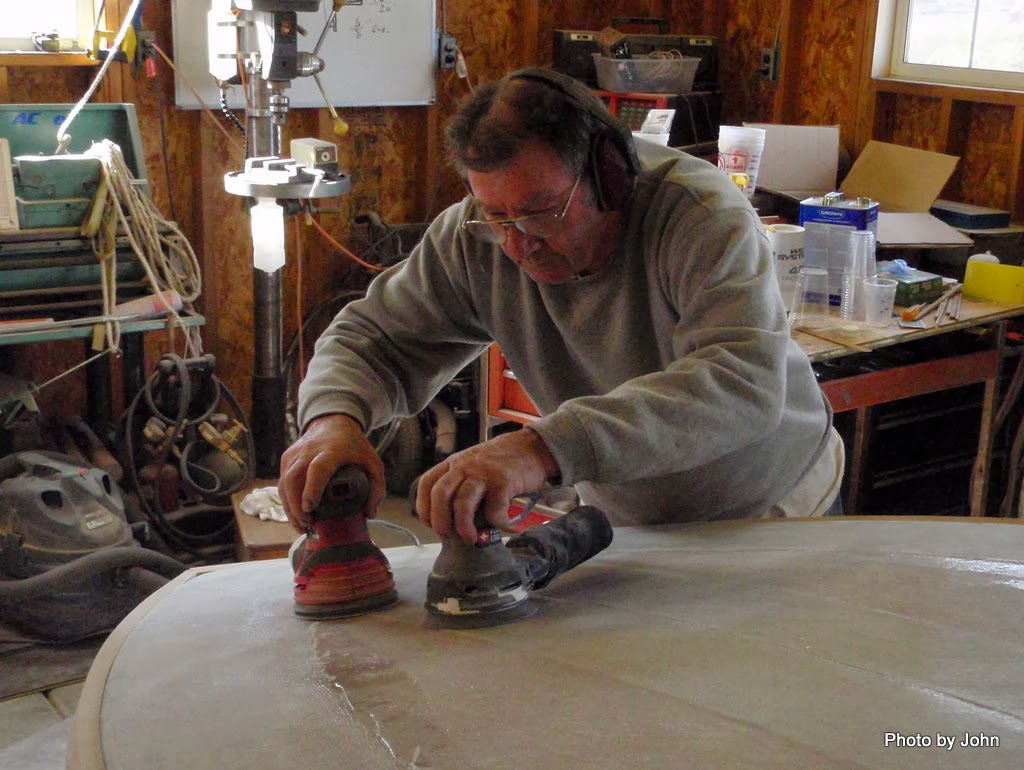 With the rub rails in place, we started sanding the rest of the boat. Seriously, Tony used two sanders, at least on the bottom of the boat. 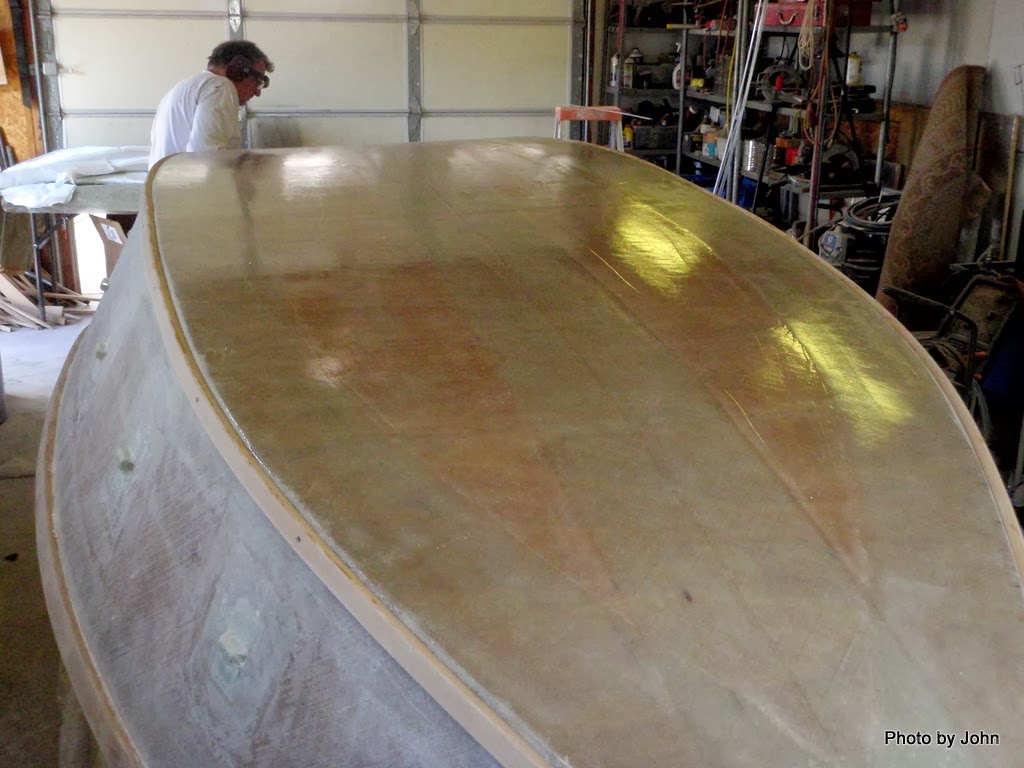 We got the bottom skim coated before lunch. I used slightly thickened epoxy to overcome the significant texture - even after sanding - of the 17 oz. cloth. The thickened epoxy has a milky tint. 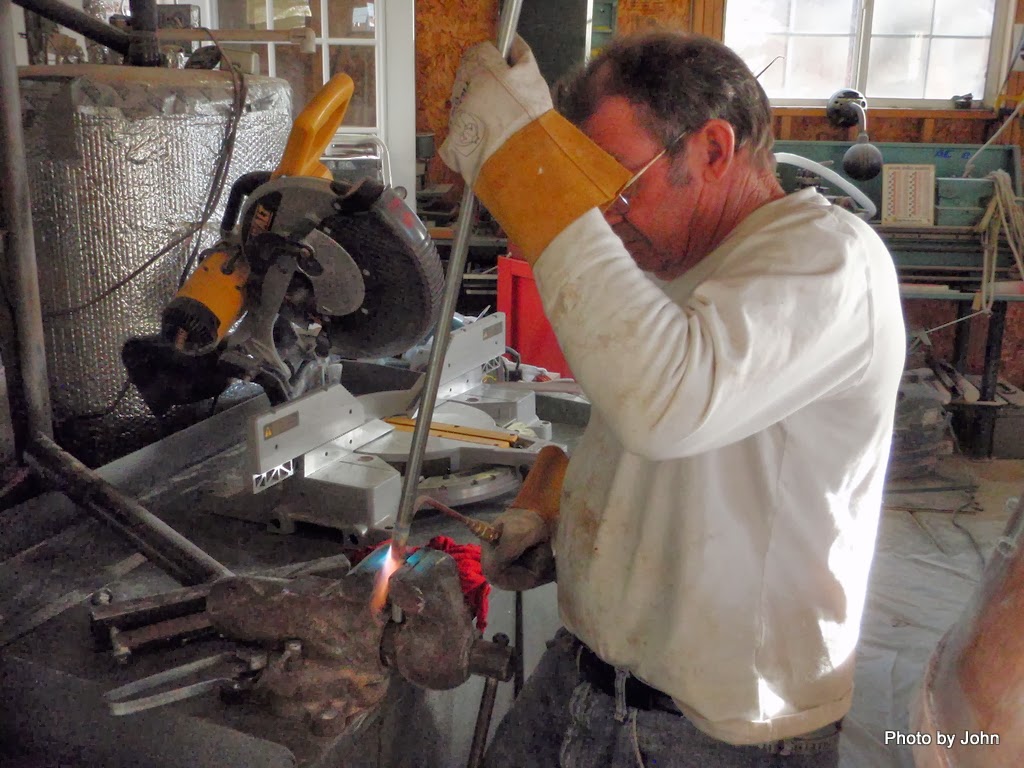 After lunch Tony went to work on fabricating the bow and stern handles while I continued skim coating the sides. 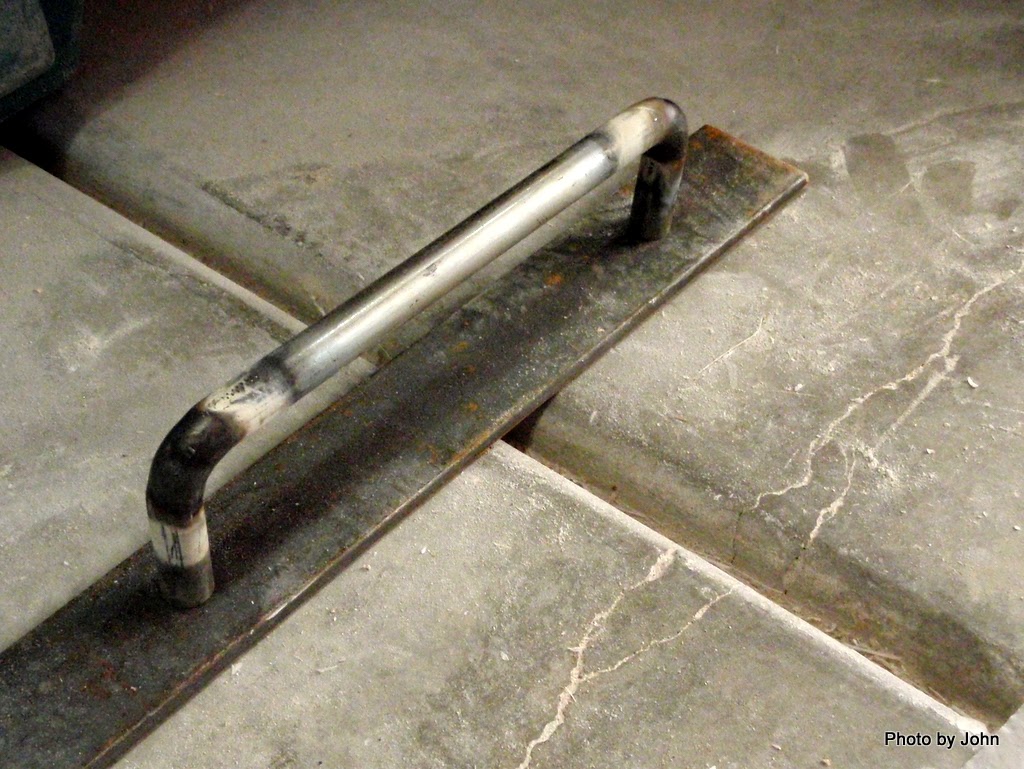 Not welded yet but you get the idea. The handles will bolt to the bow and stern posts using the same holes that the "flipper" attach points used. 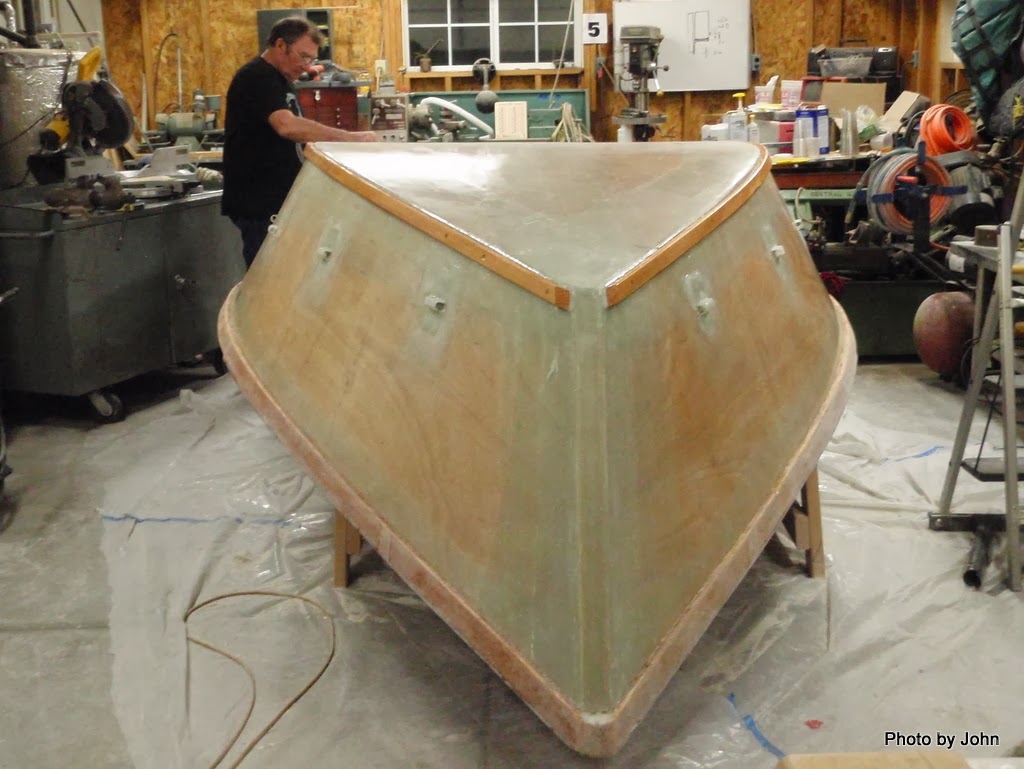 Tomorrow, Tony will be back on the sanders, doing the final sanding to the skim coat before starting to apply the three coats of paint to the hull. 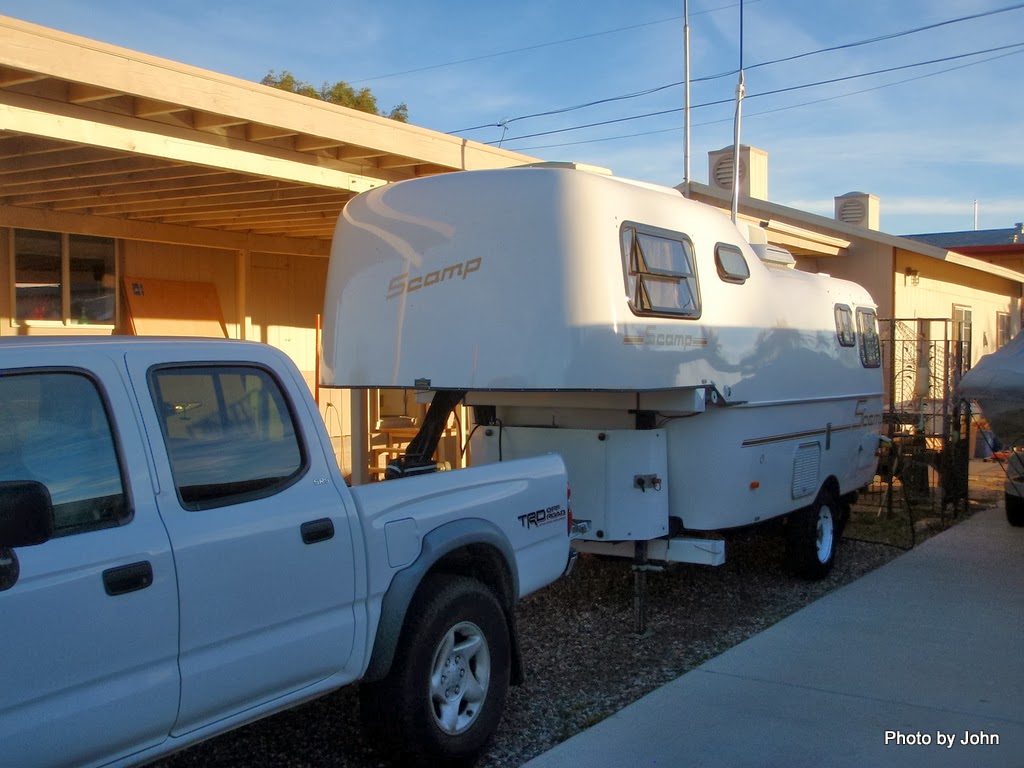 Meanwhile, I'll take my house and go home. I've got to get it cleaned up before we head to Quartzsite for the annual gathering of fiberglass trailers.

Posted by Just Finding Our Way at 8:15 PM