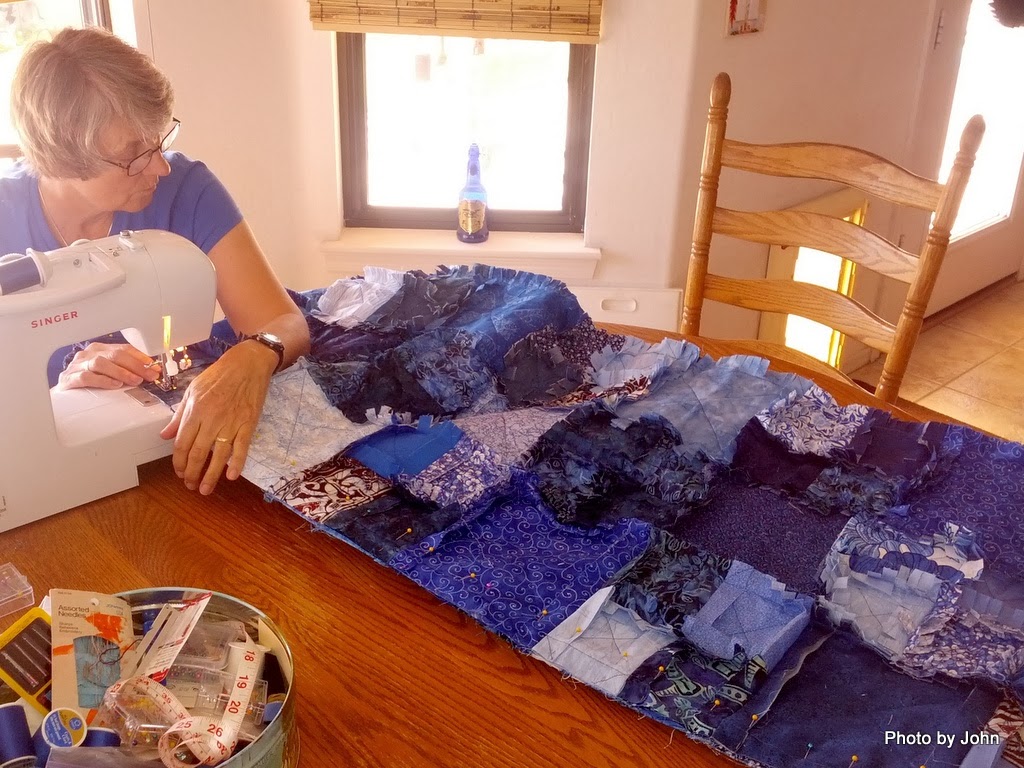 I took a quick break from boat building to show up for a doctor's appointment at home and check in with BJ and Turk. BJ's getting close to finishing what I would call a frayed edge quilt for Kelli & Bryan. Most of the material was collected along the way on our Alaska trip last summer. 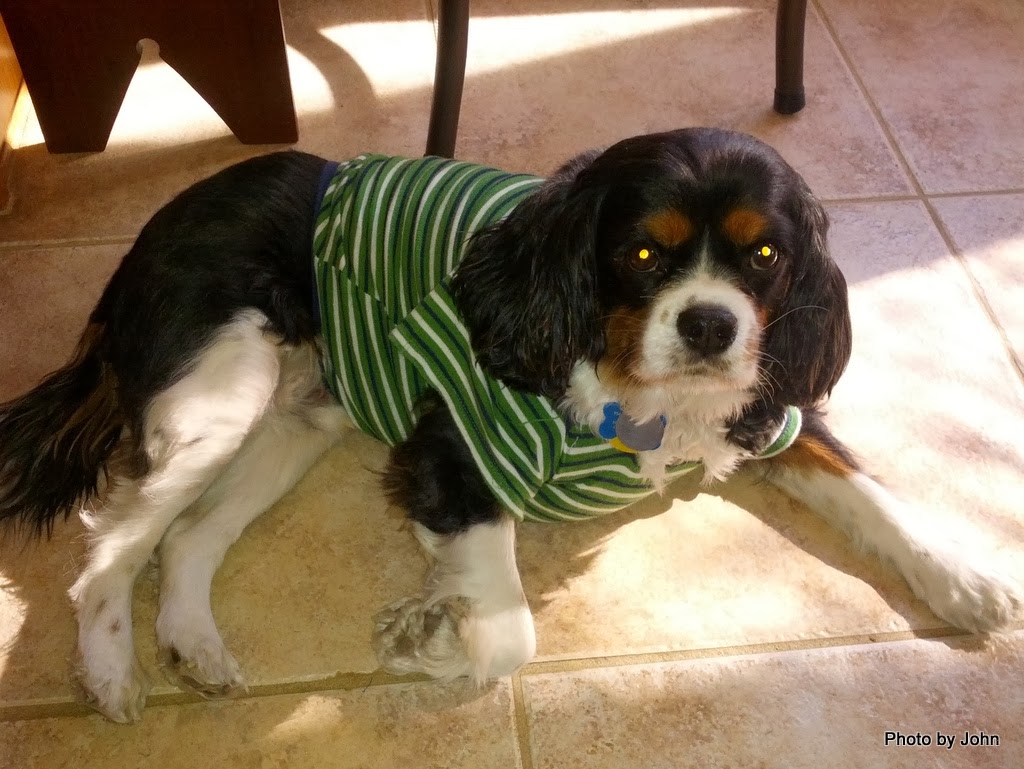 Turk visited with the Vet shortly after I got home yesterday. They confirmed that it was a piece of rib that worked its way through the skin near his incision. Apparently it was missed when originally cleaning up his wounds and again when the thoracic surgeon did the second surgery. Amazingly, he seems to be in good spirits and plenty perky except that he doesn't like wearing the shirt to keep him from licking the wound. 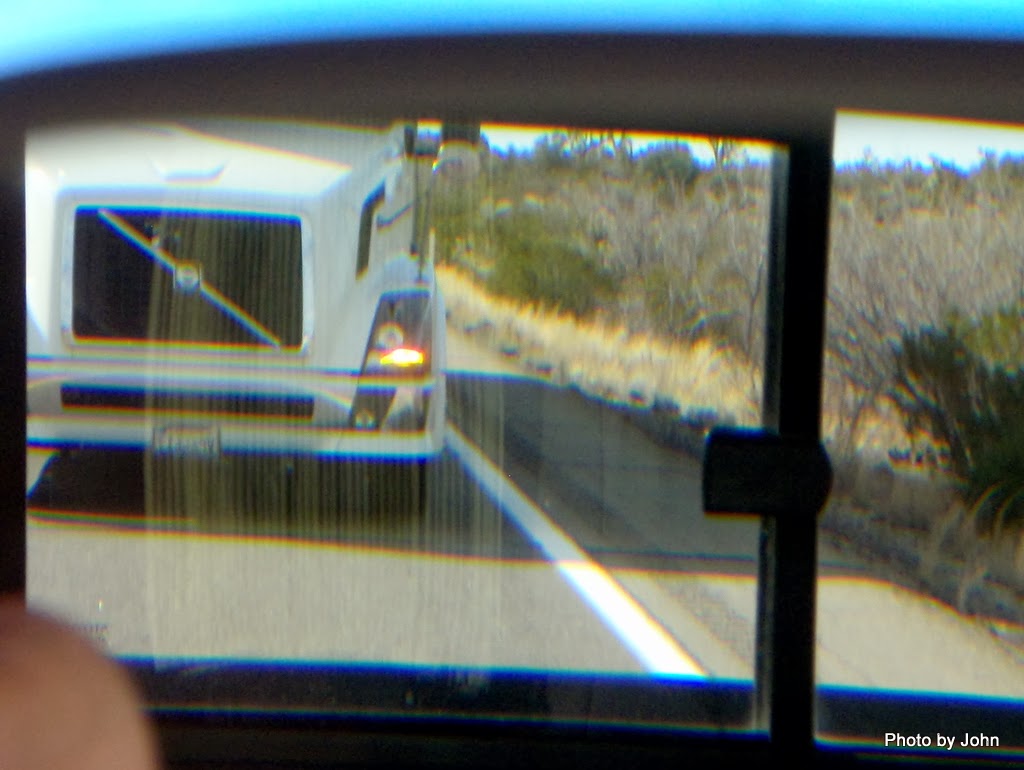 I hit the road headed back to Bullhead after lunch. Apparently everyone was in a hurry, even on the two lane portions. Since I didn't have the trailer, I was running the speed limit and being pushed - the picture's not that good but this is what I saw in my mirror at one point. 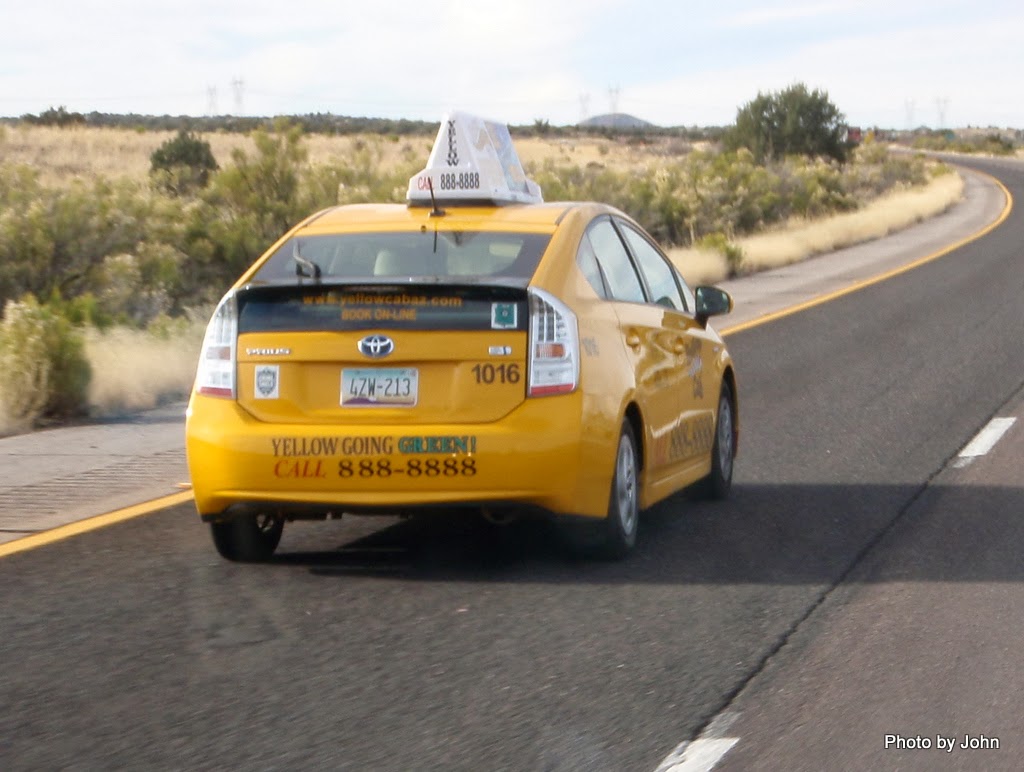 In addition to the people in a hurry, someone apparently didn't mind an expensive ride. I spotted this Phoenix taxi just south of I-40, over 150 miles north of where you'd expect to see it. The fare was likely headed to Las Vegas since I could see it in the distance northbound out of Kingman.

Tomorrow I'll be back at work on the hatches, installing latches and the sealing surfaces. Meanwhile, Tony has made progress on lots of stuff including the compartment for the bilge pump under the rower's seat.
Posted by Just Finding Our Way at 8:10 PM