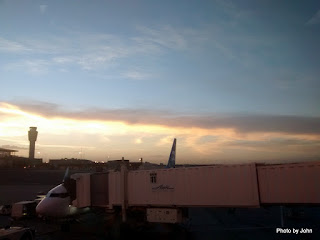 One of the joys of having a son who flys commercially is leveraging the parental pass benefit. It's much more of a joy now than when I was working since it's almost always a bit of a challenge to find the schedule with space available. I started out at 4:30 a.m. enjoying the beginning of the sunrise in Phoenix. 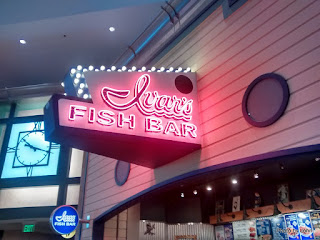 The day prior, it looked like I'd be able to get on the first connecting flight in Seattle, but that all changed overnight. I had plenty of time in Seattle to visit Ivar's for fish 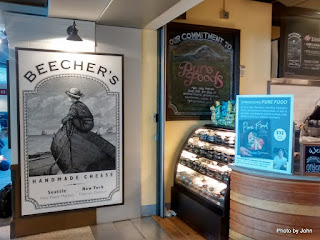 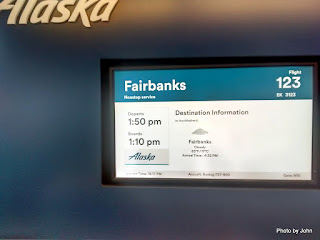 At the suggestion of my daughter-in-law, I even tried to get on a Fairbanks flight and then backtrack to Anchorage, but that flight ended up with weight & balance issues so there was no chance of getting that last seat.

Eventually, 18 hours after starting the process, I arrived in Anchorage where it was a beautiful day. Well worth the effort! 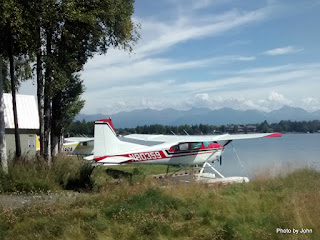 The next day, we were back at the airport waiting for my grandson to arrive which left time to wander around the float planes next door at Lake Hood. 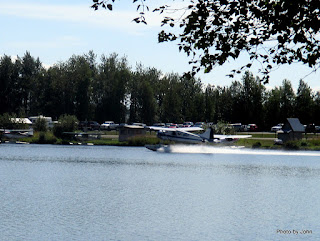 It's always nice to hear the rumble of the Pratt & Whitney powered Beavers as they take off. 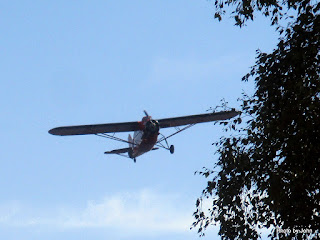 But the highlight was watching the world's last airworthy Pilgrim 100-B on short final to the general aviation airstrip at Lake Hood. There were only 10 of this variant built, most of which were operated by American Airlines in the early 30's. When the airlines retired them, most of them came to Alaska and operated as bush planes for decades.
Posted by Just Finding Our Way at 2:30 PM