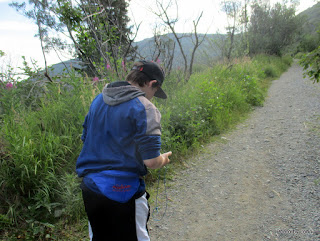 Initially, the intent of the Alaska trip was to spend some time with the grandson while his parents were working. Reality was a bit different and better, but I did get to spend some time caching with him. We headed out one morning to explore parts of Mount Baldy. 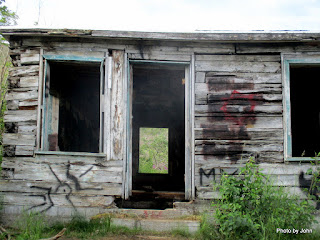 There was an old timber cabin that featured some much newer foundation work, but not so new that it hid the rapid deterioration of the building now. 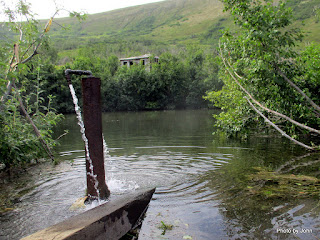 There was an interesting small pond that appeared to be fed in part from a couple pipes that flowed continually. I couldn't figure out where the source was. Info I'd read suggested this had been a ranch, but that didn't seem to square with the debris I was observing. 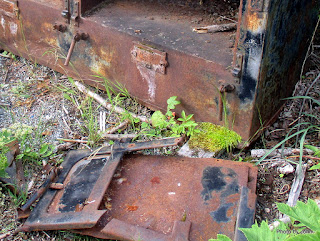 There were two large double-oven cast iron ranges and a couple massively heavy and very long tables that would have provided space to feed a huge crew. 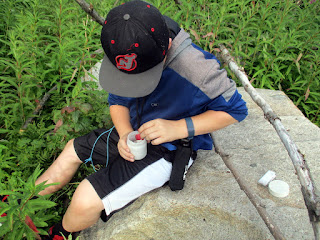 Alaskan geocachers carry bear spray as part of their essential equipment. We never spotted a bear but we did see lots of bear sign. 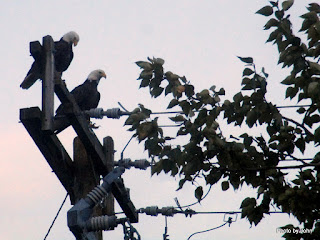 Muggles come in all sizes and shapes. These watched us as we searched for hides near the beach in Seward. 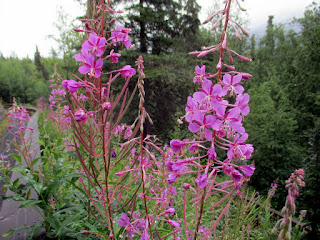 The fireweed was in beautiful bloom everywhere. Cache hides were challenging. While a few were regulars, it was much more common for the hides to be small or even micro - hidden in manners that would make them impossible to find in the winter, or in the late summer after the rapid summer growth. 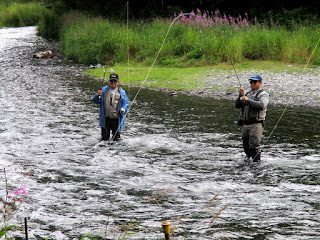 The son managed to rework his schedule in hopes that his days off would match up with the salmon run in the Russian River but it turns out we were still a bit early. Folks were catching an occasional fish, but not like it will be in a few days. 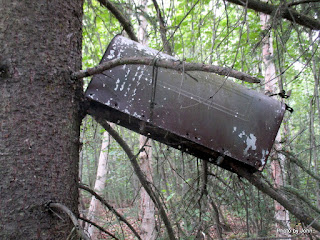 This one was about five feet up in a tree, and very obvious once you bushwacked enough. Although within a couple hundred feet of the road, it seemed to only be visited a few times a year. 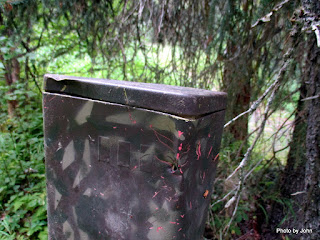 Apparently, some geocachers use their teeth to open the container. An earlier log entry noted the contents were strewn around the area. While the container started life as a large tin of Almond Roca, it apparently didn't hold the bruin's interest for long.

Once again, the hobby provided for visits to interesting places I wouldn't have seen otherwise and fun times enjoyed with family.
Posted by Just Finding Our Way at 2:30 PM