You Can Go Home Again

But You Won't Recognize It! 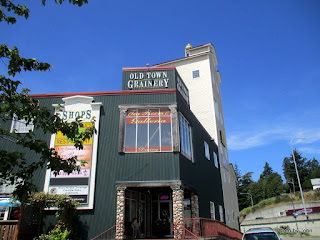 My roots are in the Skagit Valley but we haven't lived there for about 40 years. We've been back, but typically for just a day here or there. This time, we spent the better part of a week in the Valley. The old grain elevator, which had been unused for years, has now been gussied up and turned into retail and restarant space. 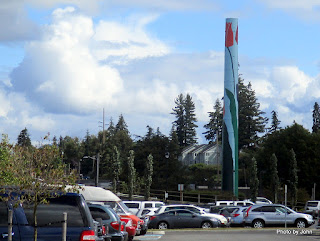 They've grown flower bulbs in the valley for at least 75 years, but now Mt. Vernon is known for their tulips and their springtime Tulip Festival when traffic goes from bad to a nightmare. The Carnation plant may be partially gone and the stack 30' shorter than it used to be, but now it sports tulips on it. 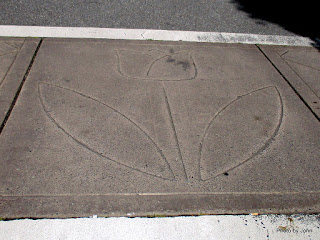 They even have tulips formed into the concrete of the crosswalks! 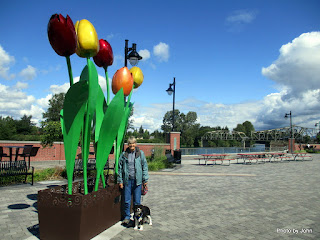 All the buildings on the west side of Main Street are now gone. Instead, the area features tulip art and a beautiful floodwall system that reduces (some say eliminates) the need for 24 hour sandbagging marathons. 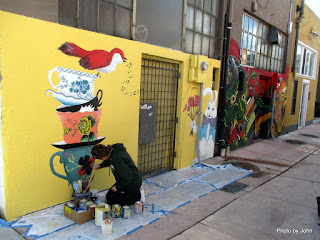 Even the alleys are looking spiffy. 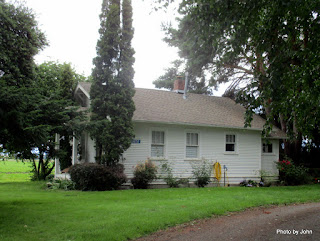 Since we had time, we went looking for some of the houses in my history. The house I came home to when I was born looks better than it has for years, and is apparently being used instead of sitting empty like it did for decades. 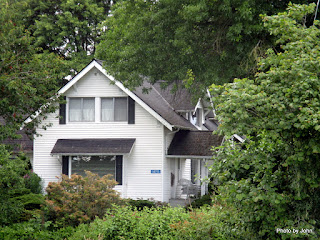 The house I think of as "home" where I spent the vast majority of my childhood has the same roofline from the front, but the landscaping does a great job of hiding it except from one minor angle. Someone has replaced all the windows which I assume reduces the drafts that I remember as a kid. I think removing the double-hung windows removed lots of the house's character. 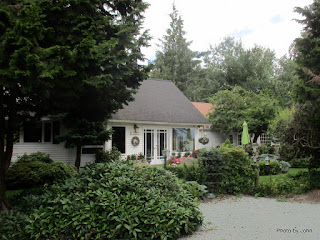 The house is totally unrecognizable from the back door. Portions are gone and the roofline has changed. I'm glad somebody has put some effort into it, but I sure don't understand the massive trees and bushes that hide it. 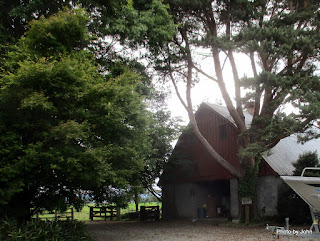 The old barn is gone, and the dairy barn built in the late 40's is nearly inaccessible with the trees. The tree at the front corner of the barn didn't exist when I lived there. Hope it doesn't crack the foundation. 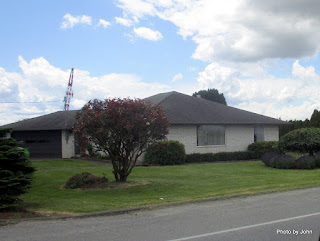 The house that BJ and I first lived in looks the same if you catch the angles between the 20' high hedge. This place is less than 1/2 mile from some of the most famous tulip operations. I'm glad I don't have to fight that traffic to get home! 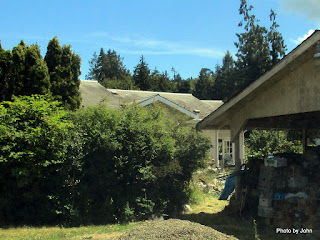 We lived on Camano Island for a short while in a cute little bungalow that was likely built as a beach cabin. It, too, was hiding behind high, overgrown hedges. The yard and newer garage were full of junk.

Clearly, nothing stays the same. 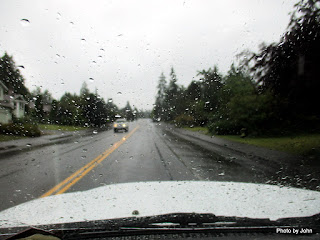 Actually, that might not be true. The rain was the same. Burlington was celebrating what they used to call Berry-Dairy Days, now just Berry Days. The rain seemed appropriate - I think it always rained during berry picking season. 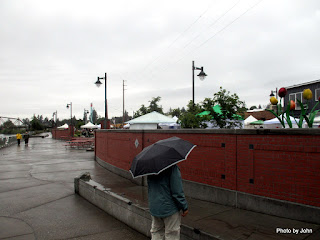 We had a lot of fun taking part in the geocoin challenge that the Mount Vernon Parks department has put on for several years. The umbrella was essential equipment to keep the cache logs dry while signing them. 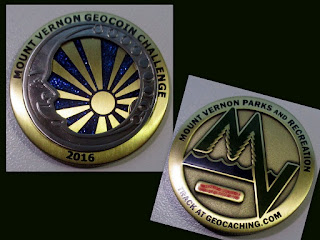 The base coin was very nice and featured a second layer with a circular moon that you earned for completing the night caches portion of the challenge. 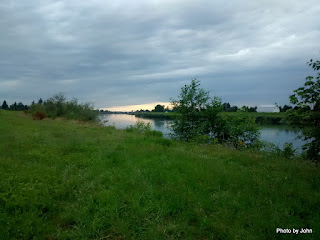 Once you got away from the houses, the river looked very much the same. Someday I'm going to come back with the right kayak to float the lower Skagit. 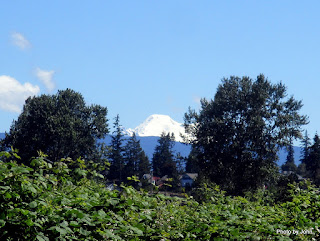 The best part was than when the sky cleared, Mount Baker was seen in the distance. When I see Mt. Baker, I know I'm home.
Posted by Just Finding Our Way at 2:30 PM