Back to South Beach 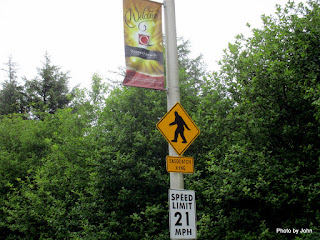 We left Olympia headed for South Beach, but didn't want to end up with a place in the back row, so we overnighted at the Quinault Beach Resort & Casino just north of Ocean Shores. 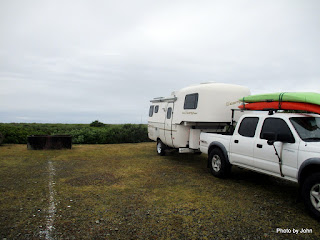 We picked a spot about half way back in their designated RV parking area. Couldn't see the surf, but could hear the murmur. Info I'd seen said they charged for weekend overnights, but when we checked in at registration, they told us that they charged $5 per night except for Friday and Saturday nights. We didn't have anyone within four wide spaces left or right, but the spot did have enough slope that we unhooked to raise the nose. 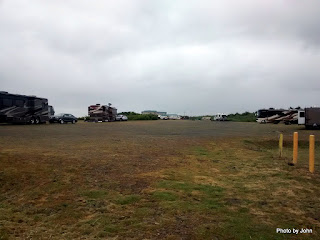 I'm glad we didn't go all the way to the far end. The big boys that came in after us went down there, parked crosswise to the marked spaces, and ran their generators all night. 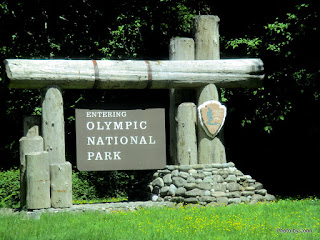 After the one night in the casino parking, we headed north on 101 to the Olympic National Park. Their most well known campground, Kalaloch, is reservation only. All the rest of their campgrounds are first come, first served. 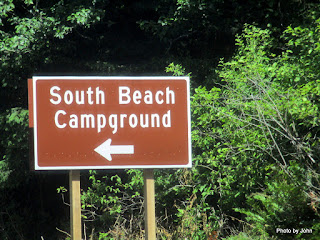 We wanted to return to South Beach because we'd enjoyed it so much when we were here two years ago. This time, we were about a month earlier. We had two warm days, with the other days featuring highs in the low 60's and some rain almost every day. 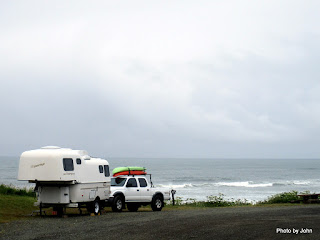 We pulled in about 11 a.m. and found about 15 units in the campground that has 57 spaces. We elected to take space 57 which set a bit apart from the others. Turns out, it's the designated host site although they don't have a host until sometime in July. One of the trails to the beach is just north of the site. 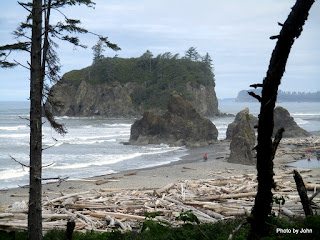 One of the days we were there we drove north to Ruby Beach. This area has a number of small islands and large rocks that make the surf more interesting. 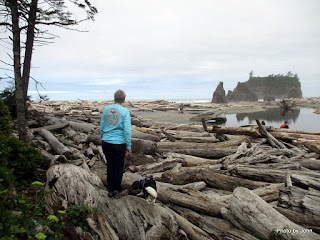 BJ, Turk, and I found a way to navigate through the driftwood to get to the beach, 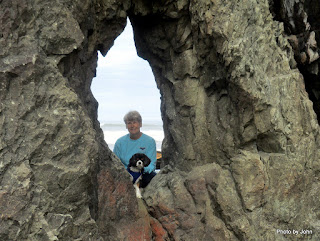 and even found a picture frame for a photo. 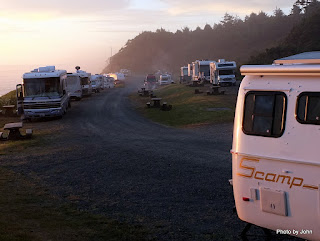 By the weekend, South Beach was getting busier, but never got totally full. 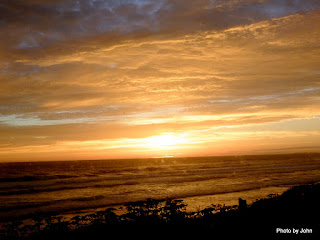 With the exception of our first night when the cloud cover excluded any view of the sunset, we had beautiful sunsets, even when I was too lazy to go outside to take the picture. In this case, the smudges are from raindrops on the window rather than a dirty lens.

South Beach continues to be one of our all-time favorite campgrounds!
Posted by Just Finding Our Way at 2:30 PM