Hanging Around the Marina 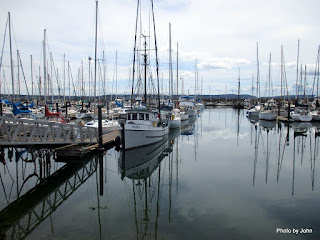 One day, we headed towards the marina to see if we could find some geocaches before the rain. The first geocache was easy, except for the dogs off leash by the sign that said there was a $114 fine for having dogs off leash. With Turk's history, we tend to be very cautious around dogs, especially dogs who don't pay any attention to their owners. 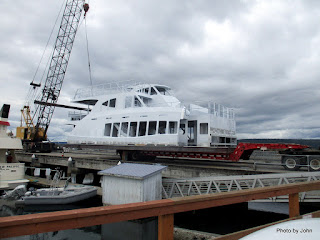 We'd parked near the second cache to walk down to the first one and realized something unusual was going on. The boat lift gantry was moved out of the way, and a very wide pilothouse structure had been backed onto the dock, along with a mobile crane. 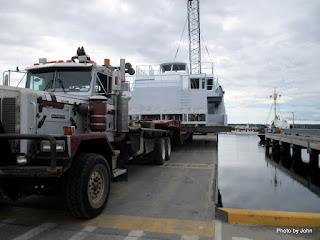 We looked for the cache for a bit, but it was much more fun watching preparations. It was clear they were planning to lift this structure, but to where? 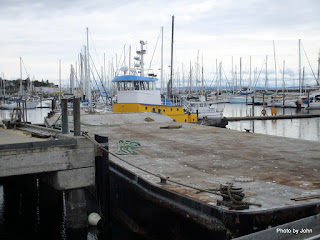 As we watched, a yacht (New Pacific out of Camas, Washington) moved, and a tug boat with a small barge arrived. With one look at the load, they tied off the barge and 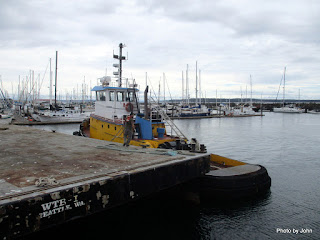 snubbed the tug to the side of the barge so he'd be able to see once the pilothouse structure was loaded. 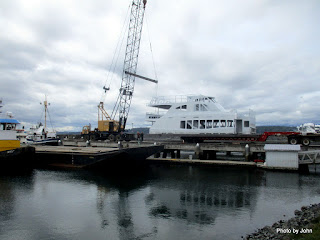 The tug and barge then went where the yacht had been, the pilothouse was moved a bit closer to the crane, 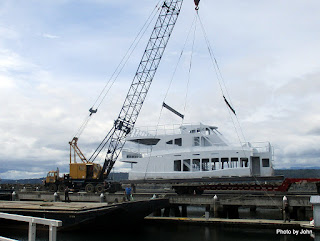 the rigging was attached to the steel frame the pilothouse had been built on, and lifting commenced. 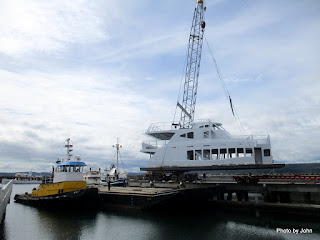 The structure was pretty big. I estimated the width at about 24' based on the width of the trailer, and the length about 40' or so. 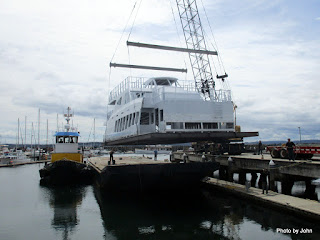 Turns out, the pilothouse is going to Seattle where it will be loaded on an ocean-going barge destined for Hawaii. 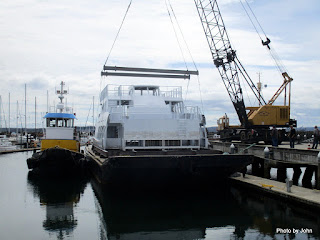 With the pilothouse in place on the barge, we headed off to find a couple more caches before the rain. 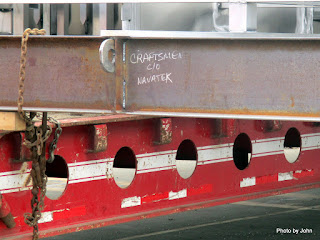 Based on the comments during the loading process, and this one clue spotted on the front of the frame, I'm betting this will form the upper deck house for an inter-island boat in Hawaii. Wouldn't be surprised if it will be used for whale watching or dinner cruises. Wish I knew more. 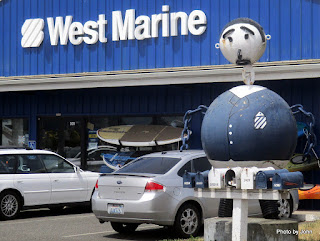